Download on the App Store
Get it on Google Play
Download
Download
Call us: +1-60-4343-8521
Mon-Fri 6:00 PM to 11:00 AM Pacific Time
International phone rates may be charged by your service provider
Filmora Video Editor
Record Netflix Web Series with Wondershare Filmora
Try It Free Try It Free

Netflix is the most popular online video streaming platform and content production company. Users love Netflix because unlike other streaming services, Netflix does not buffer! You can also watch in Ultra HD with a super affordable subscription. Plus, you can find anything on Netflix and it offers something for everyone movies, anime, documentaries, reality shows and cult favorite TV shows like Friends and How Met Your mother. Thus, with millions of subscribers and a huge library of movies shows and web series, Netflix has become the world's leading streaming service.

If you're hooked on Netflix too and don't know what to watch next, allow us to introduce the best web series on Netflix. 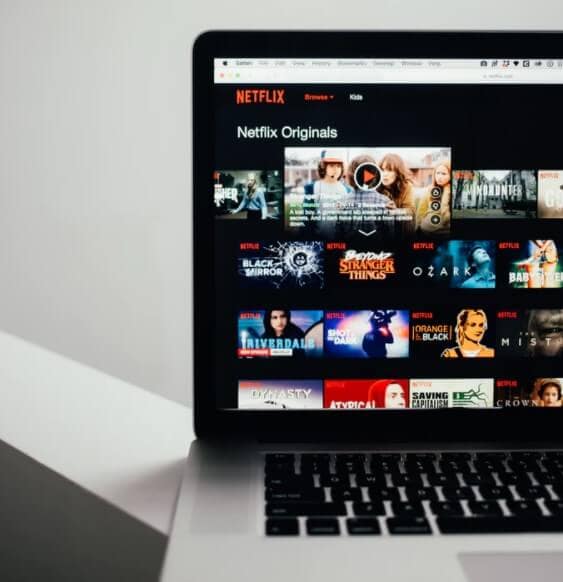 Part 1: Best 10 Web Series on Netflix for You

Netflix has unlimited content for its users. With so many things to watch it can be overwhelming to pick one. Here are the ten best shows from Netflix web series list that are totally binge-worthy! 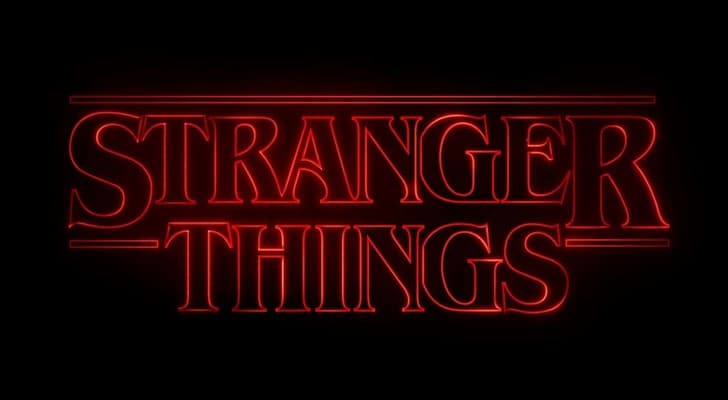 Inspired by Stephen Hawking, Strangers things is a thrilling Netflix original series with a versatile cast that is enjoyed by kids and adults alike. The show is set in 1983 in a small town in Indiana called Hawkins. Golden Globe award winner Winona Ryder is playing the character of Joyce Byers, whose son, Will, goes missing. As Will's best friend, his family and the town Sheriff investigate his disappearance, terrifying mysteries come to light revolving around a very unusual little girl. Packed with '80s nostalgia, a stellar young cast and cheesy cliffhangers, this show leaves you wanting more after each episode! 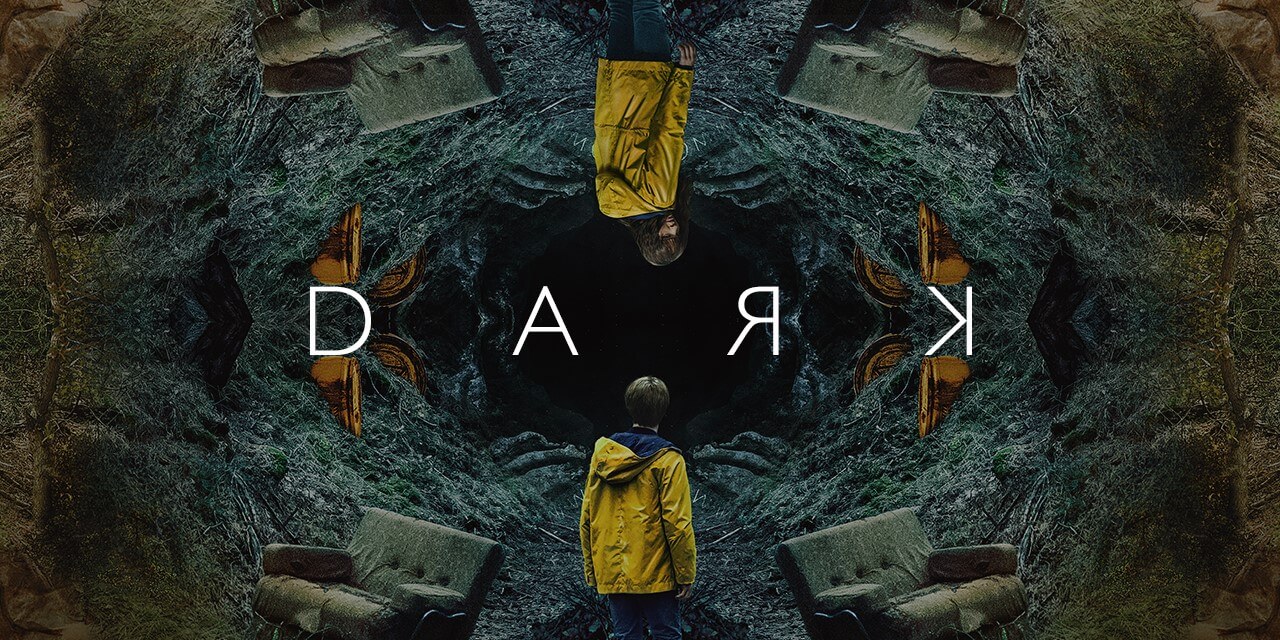 Dark is Netflix's most arresting and also the most intriguing show. This German time travel show has attracted millions of viewers around the globe. Dark is grim, complicated and intense. The central plot revolves around the disappearance of two young boys in Winden. As the town's confused teenagers set out to investigate the disappearance, they unravel the mysteries of time travel and how the town lives the same cycle every 30 years. This mind-bending show is worth exploring the twisted supernatural science fiction world of time travel and multiple dimensions! 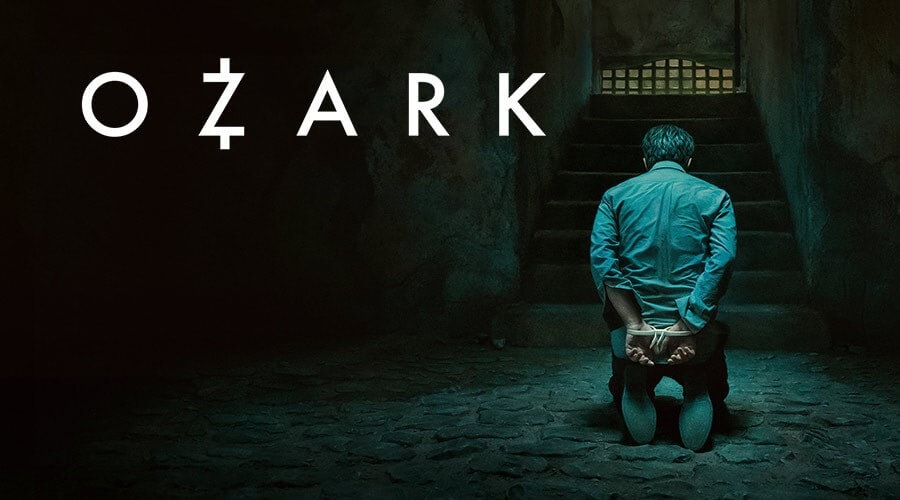 Created by Bill Dubuque of the Judge and The Accountant, Ozark was released in mid-2017. This drama series is about a financial planner who moves to the Ozarks from Chicago with his family. Due to a money-laundering scheme going downhill, Marty (Jason Bateman) owes $500 million to a dangerous Mexican drug lord. Ozark is filled with dark humor, intense fights, shocking deaths and well-placed plot twists. The show keeps you engaged with enough suspense to make it through all ten episodes of the first season while season two gets even better! 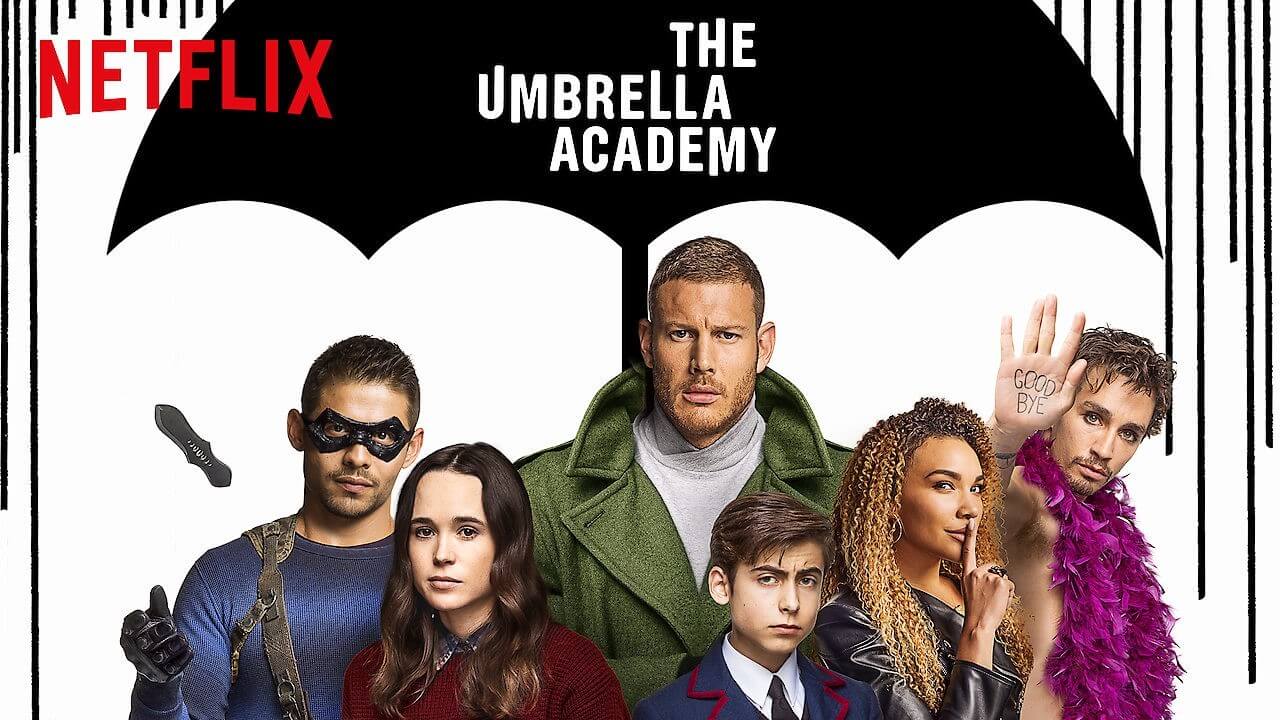 The Umbrella Academy, is another Netflix Original Series, based on a comic. A disbanded group of super heroes reunite after their adoptive father (who train them to save the world) dies. The show begins in 1989, when forty-three infants were randomly born across the world to unconnected mothers who were never pregnant setting an interesting premise for the plot. Billionaire scientist, Sir Reginald, adopts seven of these unique babies and creates the Umbrella Academy. The show is mostly about these kids as adults, as they reunite and struggle through the converging aspects of their lives. Although there is a lot going on in the show, it all comes together as the season comes to an end. All in all, this family friendly show is definitely meant to entertain you! 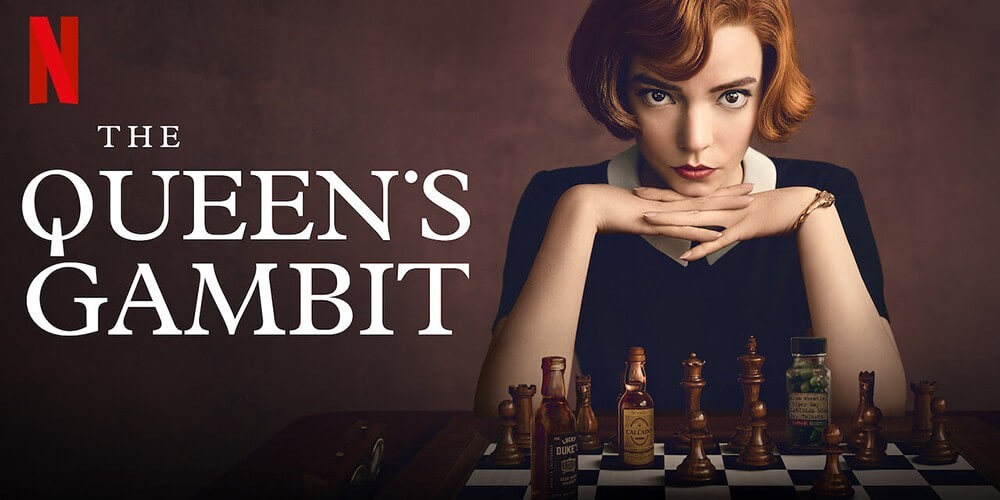 The recently released Netflix Original Series, The Queen's Gambit, is still trending on Netflix after two months. The show stars Anya Taylor Joy who plays a girl named Beth Harmon. After the death of her mother, Beth grows up in an orphanage where she learns to play chess at a very young age. Beth has a natural talent for chess so as she grows up, her quest over the years is to become the Grand Master. As Beth hones her skills on a professional circuit, the stakes get higher, her isolation grows more frightening and the thought of escape comes all the more tempting. This unremarkable series takes you on a journey to enjoy the experiences, challenges and struggles of Beth as a chess player and as a young lady. This compulsively bingeable show will baffle you with its rich plot and Anya Taylor-Joy's captivating performance. 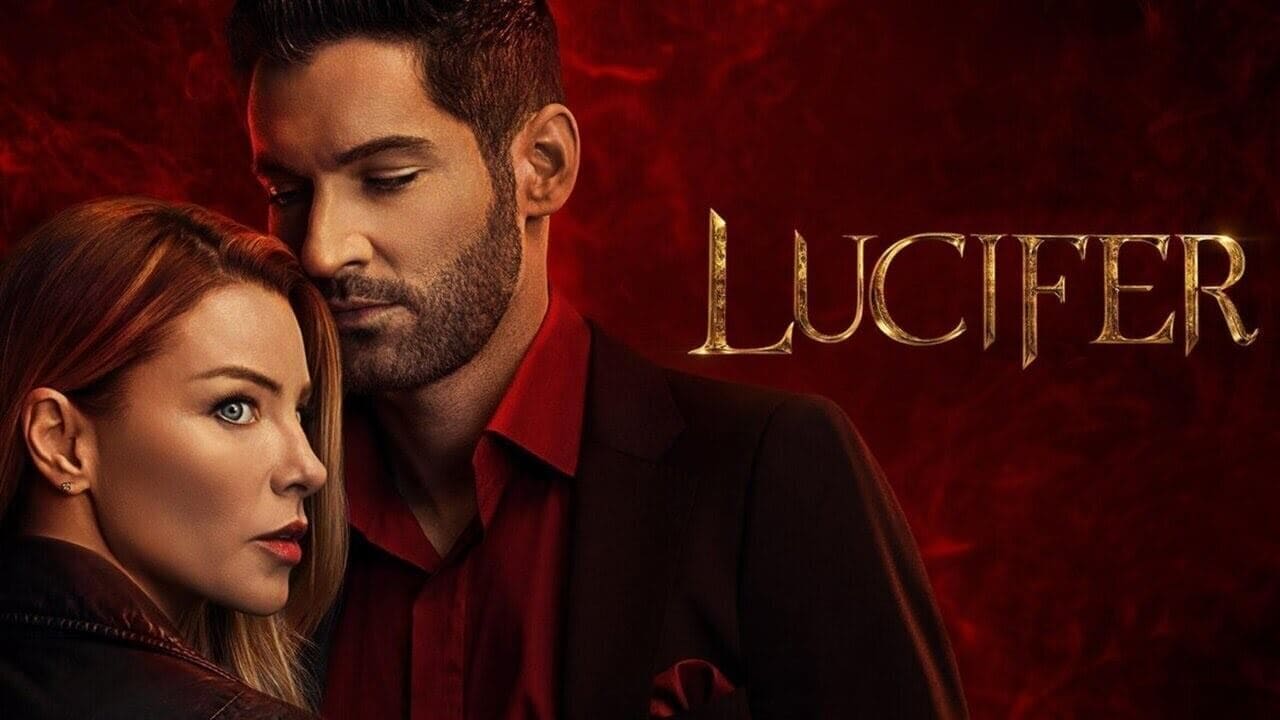 Lucifer is based on the character created by Neil Gaiman in the Sandman graphic novel which later got its own set of Graphic novels, and that's what the show is based on. Lucifer is the angel who was cast down from heaven and charged to be the master of hell. Lucifer gets an early retirement and becomes the owner of a successful LA nightclub called Luck. Lucifer pairs up with an PALD detective Chloe to solve crimes as viewers enjoy a budding romance between the two characters. Meanwhile, Lucifer is also forced to deal with a number of supernatural entities throughout the show. The show perfectly manages to illustrate a foundation for a good show with good looking characters, a gripping plot and some slight intrigue. If you are looking to binge watch something after a long day then Lucifer is the one! 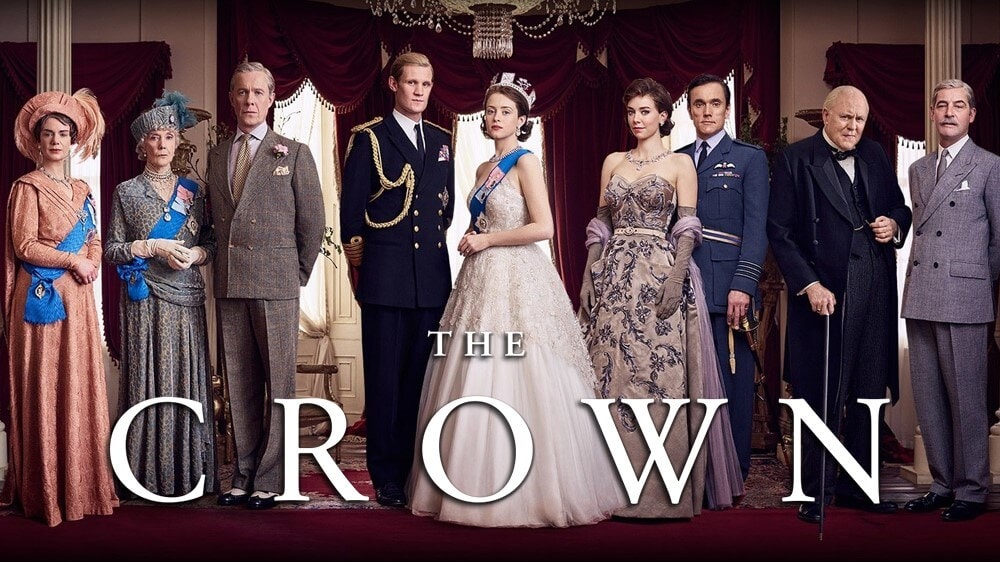 The Crown tells the story of Queen Elizabeth II who is the present Queen of England today. The show tells the story of Elizabeth as a Queen, the relationships within the royal family, the state of British government and how England progresses during her reign. The show helps you understand the monarchy in England and how they function. The non-fiction drama series has four seasons so far, each one with its own central plot. Being the most famous people in the world with very little is known about them The Monarchy the Crown openly describes the royal family in a candid manner.

La Casa De Papel or Money Heist, is a four-part Spanish Netflix Original series. Since the release of season one, Money Heist has become the most watched show on Netflix. Money Heist, as the name suggests, is a show about the robbery of the Royal Mint by a gang of eight – each code-named after a city. The Professor Is the mastermind behind the heist with a mega plan to print money as they take 67 people hostages. This full-throttle thriller has become a cult favorite with fans chanting Bella Ciao in red overalls and Salvador Dalí masks. The show is a thrilling and entertaining emotional and action-packed roller coaster with the most intense cliffhangers! So, if you’re late on the part on this one, you better watch it ASAP! 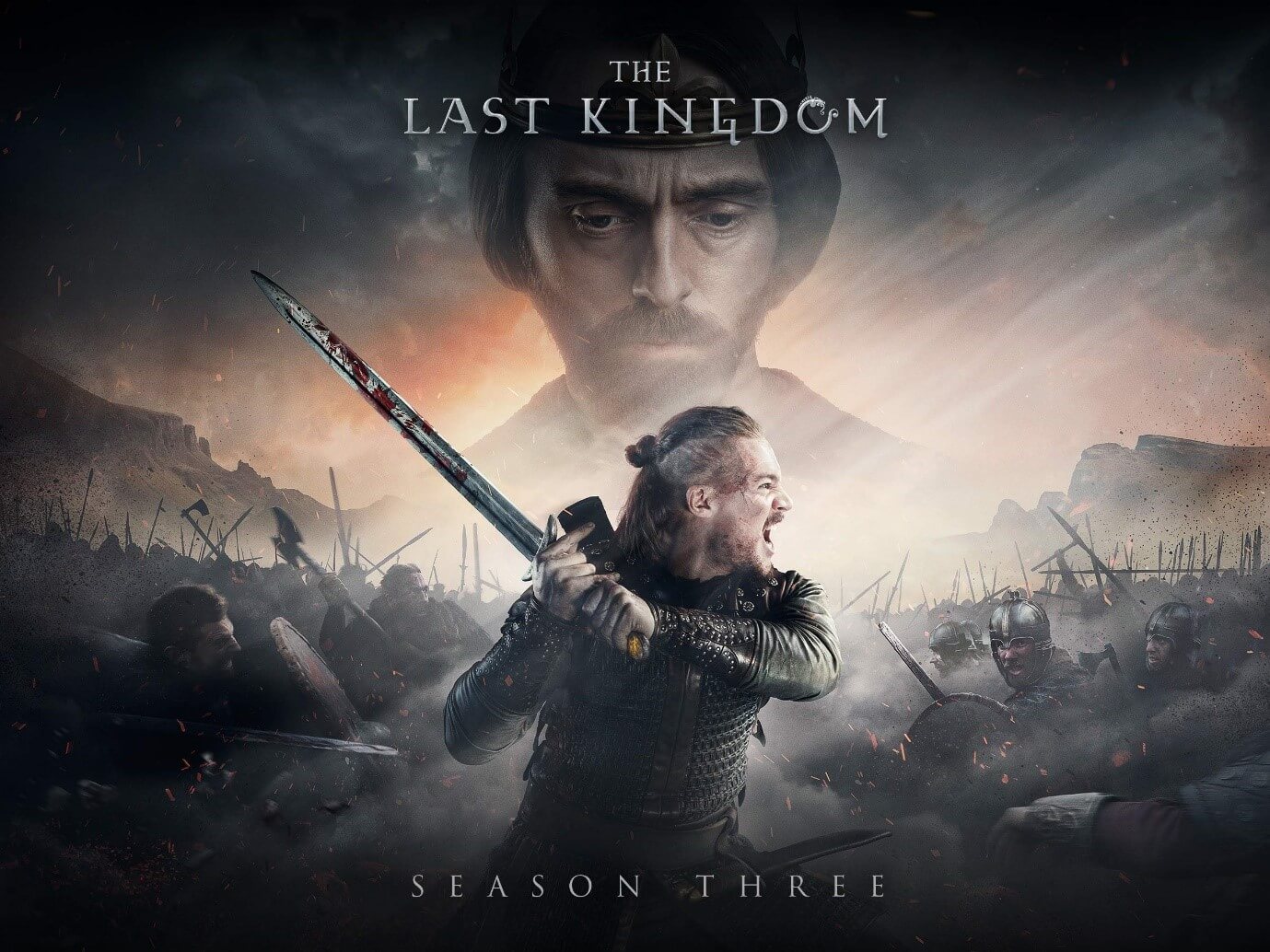 Much like Vikings, The Last Kingdom really brings you into a time period where the people, the morals and the motivations are so different and unique. Based on historical fiction book series, The Saxon Stories, the show makes it very interesting to explore the lives and stories of people in the beginning of England. The show follows Uhtred who was born Saxon but raised by the Danes, Vikings. As the show progresses, Uhtred has to constantly play both sides to survive and get what belongs to him. The dark story paired with beautiful aerial shots and cool fight scenes, make this show super engaging. If you are a Game of Thrones fan, then you must watch this show! 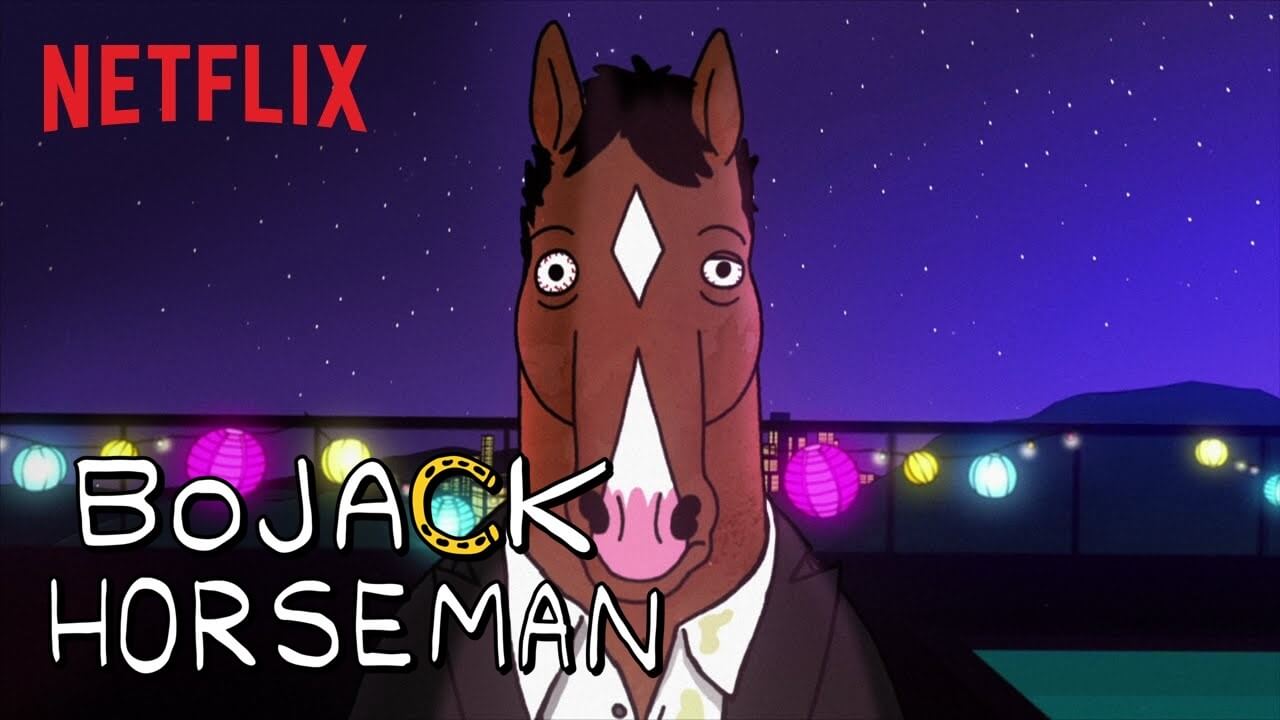 BoJack Horseman is a nihilistic comedy where you laugh at the irony of the world. Why is this show about an alcoholic anthropomorphic horse considered to be one of the most well-written and emotionally powerful TV shows ever? This masterful show is about BoJack Horseman, a depressed self-loathing alcoholic who decides to give a comeback after 18 years. While the animations and humor give this show a light feel, the uglier side of the show makes it super relatable with raw, palpable and far too realistic actions of each character. The show has officially ended with a sixth season and a lot of critical acclaim. No amount of praise and words and can-do justice to BoJack Horseman so you must watch it yourself to find out how this dark comedy is perhaps the most empathetic show ever made!

Watch Video: 10 Best Web Series on Netflix You Should Watch in 2022

Wondershare Filmora also has a useful screen recording feature which allows you to record games, TV shows and more! Now you don't have to worry about a poor internet connection or sharing your personal Netflix account with your friends! Simply, record Netflix Web series on Wondershare and share the file with your friends or you can watch it yourself when there's no internet!

First of all, you can download and Install the program on your desktop from the wizard above.

Open the software and click on the Record button on the upper left corner of the screen. You can choose to record with a webcam or to record your computer screen.

Select the “Record PC screen” option. Now, you can set audio output and other details. Finally, click on the Red button (record icon) to start screen recording. As you click the button, countdown will begin and the Filmora will start recording your screen. Now, close the software and launch the Netflix window. Play your show and let Filmora record the screen. 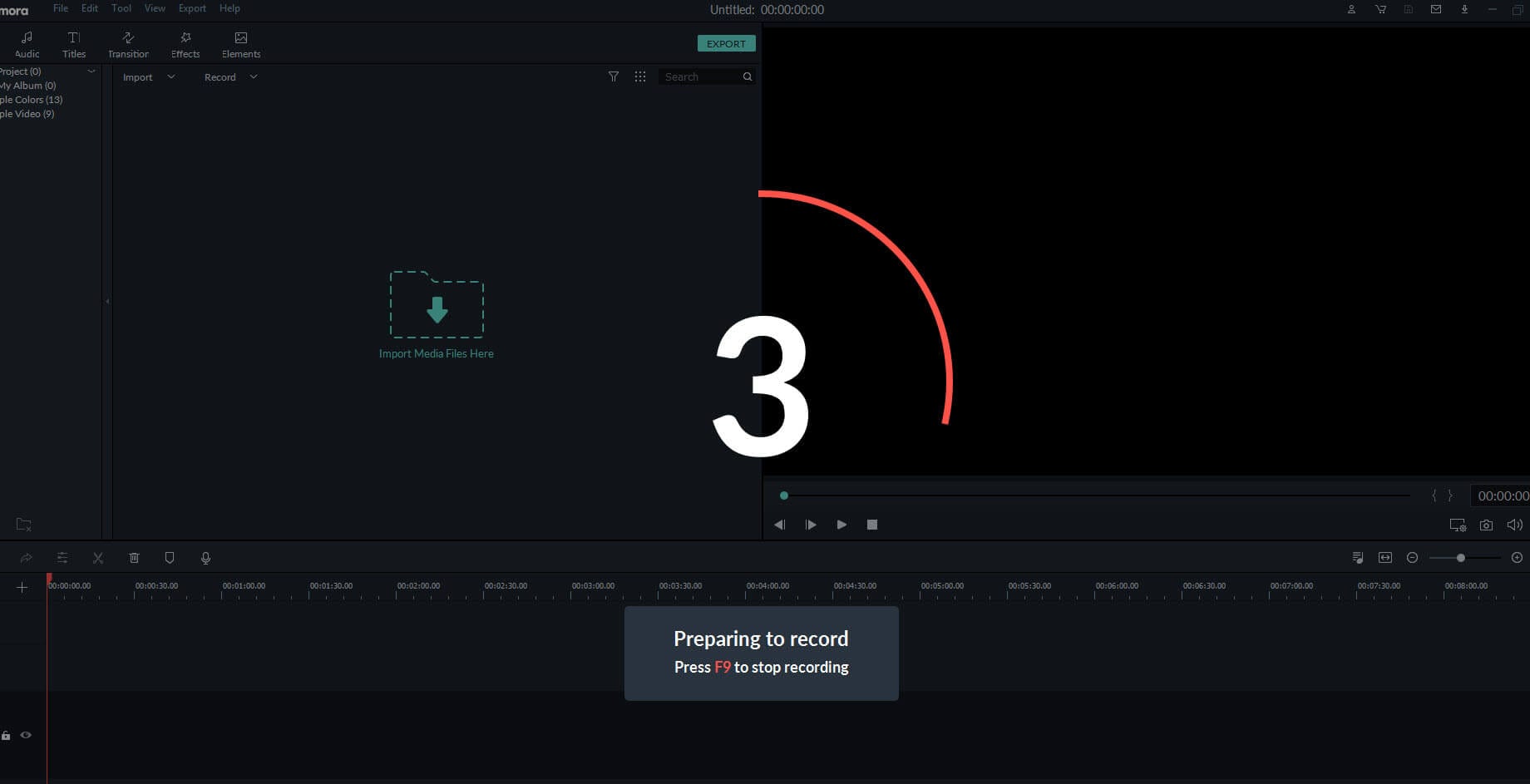 As you stop recording, the video will be automatically saved to the timeline of the software where you can edit and save the video.

Finally, after editing the video, click on “Export” to save the video.

Netflix has a plethora of binge-worthy shows and movies for its users. From crime-action to comedy, you can find series for any genre. If you think you have watched everything in quarantine and want recommendations for some new interesting shows then check out the top web series on Netflix mentioned in this article. No matter what you're looking for, you'll definitely find something here!