What Is A Master Shot? Ultimate Cinematography Tips

Film and media production has gone above and beyond to bring imagination and creativity into the camera. A master shot holds all the action of a scene, taking the audience to the edge of their seats. From the 1930s to 1940s, films were called "stagey" due to the presence of master shots.

The article reviews the basics of a master shot, its importance in good films, and creating one. So, let us start the grind, shall we?

Part 1: What is a Master Shot?

What is a master shot? The knowledge of master shot definition is essential to create one and bring innovation to the lot. The action and drama of one scene are covered in one shot, known as the master shot. Presenting realism and creativity in one shot, the master shots give the audience a peek of an exceptional cinematic experience.

Essentially, it is continuous filming of a scene that captures all the necessary information of the scene. It involves different camera angles and perspectives while covering actor's movement and their dialogues. The purpose of a master shot in film is to encapsulate everything, which is of primary importance, in one shot.

Part 2: Why is Master Shot Important to Make Good Films?

Master shot gives the film a professional vibe and is essential to bring your work out of the crowd. The section introduces the need for and importance of a master shot in good grade films.

A director should do a great job at attracting the attention of the audience. A well-crafted master shot does the trick. One can express information using appealing visuals to give the audience something to stick to.

A complex master shot ensures that the crew manager has control over the process. One can successfully manage the shooting and editing scenes.

Limited Wastage of Resources and Time

Complex master shots use fluid blocking and stagingto point out the information for the audience intentionally. It limits the usage of additional setups to convey a storyline, thus saving resources and time.

Promising Intro to the Film

Including major players and actors in a single act requires creativity and a good imagination. The director summarizes the whole film in one shot to develop the arc of the narrative. Moreover, it helps establish essential shots of the film. Thus, eliminating confusion and misconception of the message, you are trying to convey.

Part 3: How To Make Master Shot in Film?

Making a master shot film is not hard as it sounds. The only important thing to remember is that the shot paves the way for a successful movie in history. The section offers detailed steps to make a master shot in film. 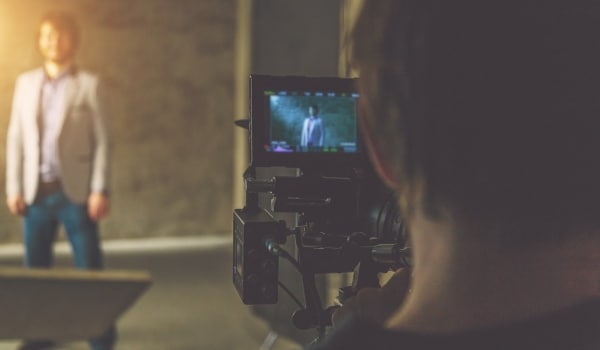 Step 1: Breaking Down the Elements

To begin, start with the blueprint of your script and break down the scene into parts. You have to ensure that the scene elements are cut down enough to cover each part of the storyline and bigger context is put forth. Color code different elements to be sure about the product output. It helps in designing extra details or particular costumes.

Step 2: Crux of the Master Shot

Essentially, work on the statement of the scene and how it fits with the film's central theme. After that, identify the character motivation and plan how the camera complements that motivation. Check the progress of the shot afterward.

Step 3: Setting the Timeline and Schedule

The following step is integral to master shots. Set the schedule for your master shot as it issues a reference point for the crew. Prepare for the suitable film lighting and perform one to two takes to experiment with the scene. After you have established what players would be needed, develop a timeline for each of them. It limits the wastage of resources and time.

A film shot list is a checklist that constitutes important details helpful to carrying out the day's shot. It includes equipment, camera angles, character movements, and visual references. On the other hand, the storyboard consists of visualizations of a scene composed of squares of shots. It includes the characters and what they are saying in each one of the timelines.

Using shot lists and storyboards in capturing the master shots helps in organization and gives a clear, unified idea about what to do next. The cast and crew also understand the ups and downs of the process.

Now capture the master shot. For starters, collaborate with the crew and establish the tone and rhythm of the scene. It helps the team be on the same page and work towards the same goal. Perform multiple takes and preview them to fill the gaps of the master shot and essential pointers that didn't make the final shot.

Most directors and media managers do not realize the depth of a master shot. A strong master shot has the scope to travel globally. The section provides an overview of what does a solid master shot looks like.

Use your cinematographic eye to offer adequate coverage that sends off the theme of the film in seconds.

The use of the rule of thirds and good angles ensures that the master shotlooks as composed and brief as possible, covering the significant sections.

Complete coverage is needed because master shots in film are critical for big-budget productions. To showcase magic, one has to ensure powerful designing, scalability, and effects of digital characters.

With more than 77 million users and 600K+ users, Wondershare Filmora offers extensive video editing tools for your daily usage. If you are a vlogger, blogger, or own a YouTube channel, use the software to bring magic to your workplace. 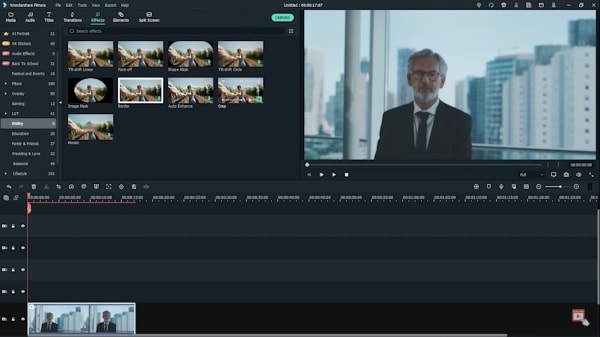 Now, double click on the crop effect. Move the left and right slider values to 10. Afterward, double clip the footage and hit "3D Lut" under the "Color" menu tab. Choose the "Warm" film option and add it to the clip. 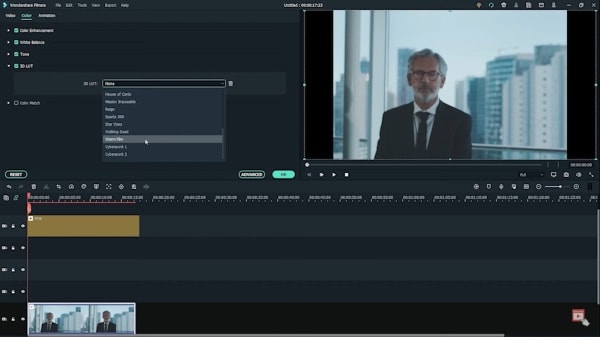 Moving on, navigate to the "Effects" tab again and hit "Overlay." Click on "Old Films" from there to bring the retro look into action. Choose "Subtle Grain," "Dirty Film," and "Random Dust," and add above the footage but below the "Cropped" effect. The retro look is finalized. 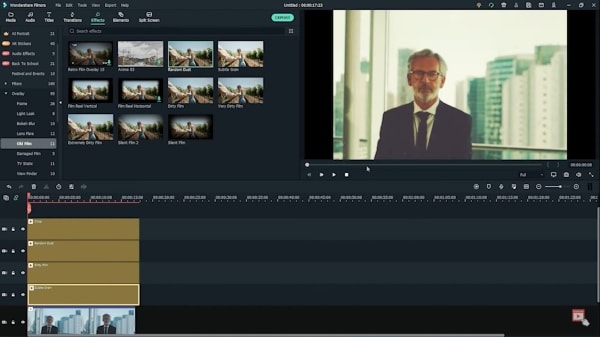 With the pandemic at hand, the media industry is helping us survive the lockdown. The master shots are a significant part of film production to create an impression on the audience. The article discussed its importance and need in the industry.

Wondershare Filmora lets you bring different looks to the video. Be it retro, classy, or vogue, the exceptional tool is your beck and call every time you need it.