Download on the App Store
Get it on Google Play
Download
Download
Call us: +1-60-4343-8521
Mon-Fri 6:00 PM to 11:00 AM Pacific Time
International phone rates may be charged by your service provider
Filmora Video Editor
Best video editor for beginners to make stop motion video
Try It Free Try It Free

Over the course of the last decade, the quality of the images Smartphone cameras can produce has been improving steadily. As a result, almost any camera you can find on an iOS or Android device can be used to create a stop motion video.

However, besides taking photos you will also need a stop motion app that will enable you to arrange and animate the pictures you take with your phone. A quick search on Google Play or App Store will reveal hundreds of stop motion apps, which makes it difficult to decide which app you should choose. That’s why we’ve selected the ten best stop motion apps for iOS and Android devices that enable you to create awesome stop motion animations.

There are a lot of different types of stop motion animations, and you must make sure that the app you install on your Smartphone has all the tools you need to make the video you want. Moreover, you should consider getting the accessories for your Smartphone that will make shooting a stop motion video easier. Let’s take a look at the ten best stop motion apps for iOS and Android devices. 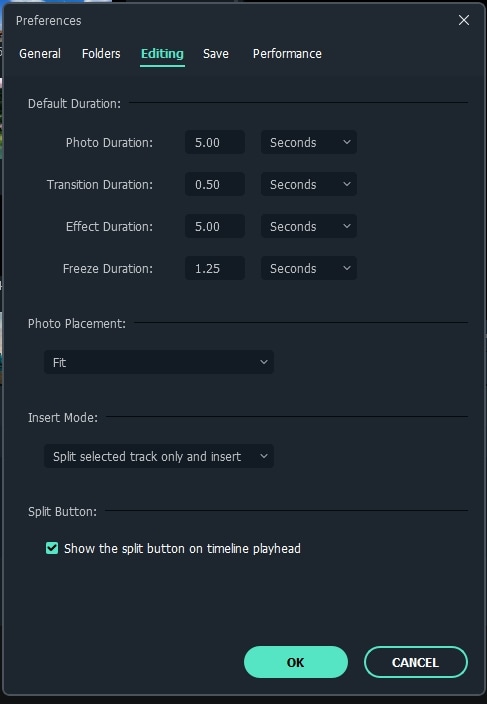 This cross-platform app is equipped with a versatile set of stop motion animation tools that grant you complete control over all camera settings. You can adjust the white balance, ISO, and exposure manually, while the app also allows you to choose if you want to use manual or auto focus. Furthermore, Stop Motion Studio offers animation guides that enable its users to move the objects in the shot with more precision, while the app’s timeline makes it easy to navigate through large numbers of frames. Changing backgrounds, applying visual effects or creating soundtracks are just a few among numerous options Stop Motion Studio offers. Apple Watch can be used as a remote shutter release on the iOS version of the app, and you can also pair it with all DSLR cameras that have WiFi. Even though installing Stop Motion Studio on an iPhone, iPad or an Android Smartphone won’t cost you anything, you must make in-app purchases if you want to export your projects in 4K resolution or import images into the app.

Despite the fact that Clayframes wasn’t updated in years, it is still one of the best stop motion apps for Android Smartphones. You can either capture new footage or import the images you want to use in your stop motion video, and arrange them in any way you want. The app’s erase tool allows you to remove rigs and all other objects you don’t want to keep in the shot. Clayframes is equipped with timed shutter release options that enable you to choose how frequently the app is going to take photos. Optionally, you can draw over the photos you take with Clayframes, and preview your footage at different frame rates without having to export it. Once you’re done making a stop motion animation, you can choose the resolution in which the video is going to be exported and decide if you want to share the video you created to Facebook or YouTube directly from the app.

Inexperienced photographers who are still learning how to make stop motion animations should consider installing PicPac Stop Motion & Time Lapse on their Android phones. The features this app offers may not be the most powerful, but you can still use them to create a smooth stop motion animation. The app’s Timelapse-manual mode enables you to take a new photo each time you make a loud noise and you can also record voiceovers or create soundtracks for your videos with PicPac. The app lets you share all of your creations on YouTube, but only if you are signed in to your account. Furthermore, the free version of PicPac watermarks all your videos and it doesn’t allow you to export videos in resolutions larger than 360p. That’s why you must upgrade to the pro version of the app if you want to create stop motion animations with it on a constant basis.

iPhone and iPad owners who would like to create time lapse and stop motion videos from the same app can try using iMotion. The app has Time-Lapse, Manual, WiFi Remote and Photo Library Import modes, and you can easily choose the one that best meets the demands of your project. What’s more, iMotion lets you decide if you want to capture footage with a front or rear camera and it allows you to control focus, exposure or white balance manually. The maximum duration of a stop motion movie is not limited, and you can also preview your projects at different frame rates. All projects you create with iMotion can be exported in 4K, 1080p or 720p resolutions, although shooting in 4K is only possible on newer versions of iPhones and iPads. The free version of iMotion offers only a limited range of options, and you must purchase the full version of the app if you want to use all the tools it has to offer

Making a stop motion video with this app is a straightforward process that can be completed in just a few easy steps. After you launch the app and tap on the Create button, the device’s camera will open and you just have to press the camera button each time you want to make a new frame. Tap on the Done button once you complete the sequence of images, so you just have to preview the result before proceeding to export the video. The app doesn’t allow you to record voiceovers or create soundtracks, and you must use another video editing app for iOS devices if you want to edit a stop motion video further. It is worth noting that you must give Stop Motion Maker access to your phone’s camera and photo library in order for it to function properly.

This is a must-have app for all passionate Minecraft players, as it allows them to create stop motion animations that feature all of their favorite characters. After you’ve created your Minecraft world, you can start capturing it with Stop Motion Movie Creator. The app is equipped with an onion skin tool and guides that show you how to move the objects on the screen which makes the process of creating a stop motion animation much easier. In addition, you can apply a variety of visual effects to all images you take with this app or even add the end credits to the video. Stop Motion Movie Creator grants you access to the music and sound effects from the video game, which enables you to create perfect soundtracks for the videos you make with this app. The best part is that you don’t have to create Minecraft-inspired stop motion animations since the app enables you to make videos using clay figures or Lego bricks.

Life Lapse is probably one of the best stop motion apps ever created because it offers all the tools you need to shoot and edit a stop motion animation. Focus, white balance and exposure lock, ghosted image overlay or interval timers are just a few among countless options you can use while shooting a stop motion video. Optionally, you can import photos and use the app’s video editing tools to adjust frame rates, apply visual effects or create soundtracks from royalty-free songs. Life Lapse grants you access to color correction tools, which enables you to set saturation, brightness, contrast or white balance values manually for each frame you include in the stop motion video you are making. You must upgrade to the app’s pro version if you want to record footage in 4K resolution, import audio files to your projects or export videos without a watermark.

If you are looking for a simple app that lets you take image sequences with ease, you shouldn’t look much further than Frameographer. You can choose if you want record stop motion videos with iPhone’s front or rear cameras in 1080p or 720p resolutions. Additionally, you can enable or disable a grid that helps you compose shots or lock the focus and exposure. Frameographer also features a low-light Boost mode, which enables you to make stop motion or time lapse videos under low light conditions. The app lets you add new frames to projects you already created so that you don’t have to complete all the work on a stop motion video at once. Frameographer lets you use songs from your iTunes music library, but the lack of video editing features makes this app a relatively poor choice for video content creators who want to edit their footage quickly before posting it on social media.

Photographers who like shooting time-lapses and stop motion videos with their iPhones can benefit from installing Osnap! Pro on their devices. Besides offering presets that enable you to complete projects quickly, this app is also equipped with features you need to control camera settings manually. Osnap! Pro lets you shoot in 4K or Full HD resolutions, and you can choose if you want to create a vertically or horizontally oriented video or set an aspect ratio that best fits your project. The app allows you to trigger the photo capture feature using loud sounds and even set reminders that notify you when you are supposed to take a new photo. However, if you want to import photos from your device, record voiceovers or transfer footage via WiFi you must make in-app purchases.

This app offers only a standard set of stop motion tools, such as onion skin or instant playback, which makes it largely overpriced as it fails to offer any of the advanced stop motion photography options. What’s more, you have to install an additional app if you want to snap photos remotely and you won’t have access to any photo editing options. Rearranging the frames you add to the timeline isn’t possible and the app doesn’t even have the undo option. The app offers audio recording features, which enables you to create voiceovers for your videos, and you can import audio files you would like to include in your soundtrack. Even so, iStopMotion is far from being a perfect stop motion app, as there are many better options you can find on App Store.

Thank you for your comment. We will review it within few days.
You May Also Like
Best Cameras for Stop Motion Photography

Here are some of the best cameras for stop motion photography for both amateur and professional photographers.

How to Make a Stop Motion Video on Instagram

Here are the top five online stop motion makers and a brief tutorial about how to make a stop motion video from photos and videos.