Video blogging or vlogging is becoming more popular with time. Everyone hopes to become the new YouTube sensation. In case you too are planning to give it a go, you will require a good vlogging camera. 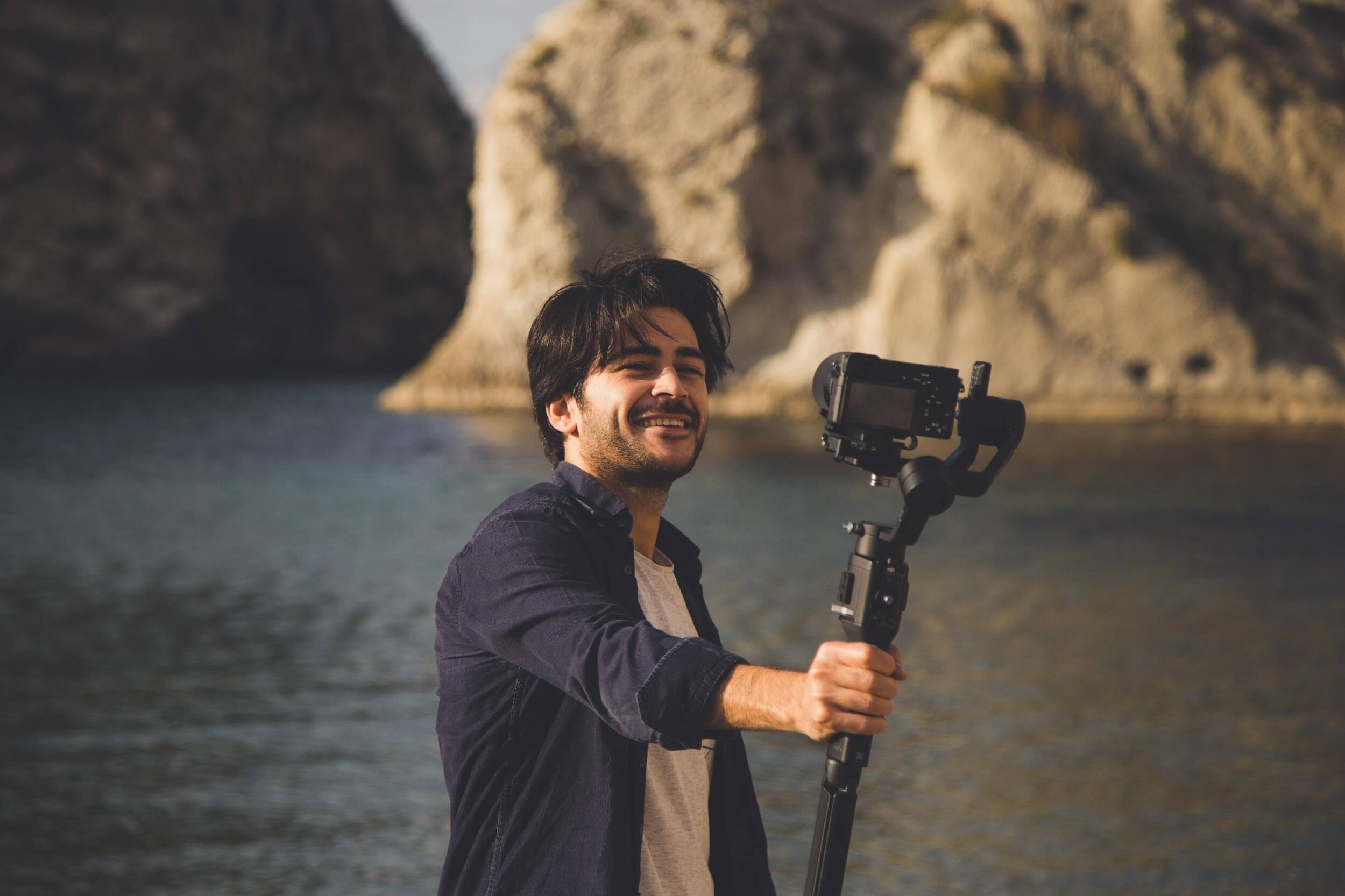 However, when you are looking for a good vlogging camera, you will have several options at hand. This makes your search even more overwhelming. Here are a few factors that you can consider to narrow down your options while choosing vlogging cameras for beginners:

In case your vlog setup is mostly stationary in comparison to an on-the-go vlogger, you might prefer extending the camera’s screen onto the screen of the other device such as large television. This will enable you to see what the camera is seeing but in much more detail. The option is usually available in vlogging cameras through the HDMI output and is increasingly available through USB-C as the technology turns more mainstream.

The ideal solution is to look for the best vlogging camera that has a fully articulated screen that will flip to the side of the camera. There are a few cameras out there that have an upward flipping screen. The issue with these is you will not be able to use a shotgun microphone mounted on the hot shoe of the camera, simultaneously. This is the reason it is better to get a fully-articulated screen that will flip to the side.

The vlogging camera that you get should be able to autofocus continuously when you are video recording. This is necessary as a vlogger as you want to focus on whatever you are doing at any given time, no matter whether you move further away or closer to the camera. If the video suddenly becomes blurry, the whole essence of the video might be lost.

Autofocus will also help in saving a lot of time when you are trying to set up a focused shot all by yourself further away from the camera.

In case you want the audio quality of the vlogs to improve, you need to look for a vlogging camera that has an external microphone input. By having this, you can get better sound quality every time. It will save you enough time having to sync the audio which you have recorded separately.

There are a few microphones in the market which have been designed to be mounted on top of the camera conveniently. If you have to use these microphones, you need to make sure that your camera has a ‘hot shoe’. This is an electric bracket that triggers a flash. If not, it should have a cold shoe that is a non-electronic bracket where you can attach the camera accessories.

It is a number that is thrown around quite a lot for impressing you. Usually, the higher is the number, the better it sounds. 1080p is great for videos. After that, you are actually chasing quality that the viewers might not even notice.

What Type Of Camera Does Vlogger Use?

Here are the top 10 different cameras that vloggers use for recording their videos.

This is the ideal camera for vlogging if you have a budget crunch. It has a lightweight design. Even though it has a small and compact size, the camera has a 26mm wide-angle lens. The camera shoots 720p and is easy to charge. 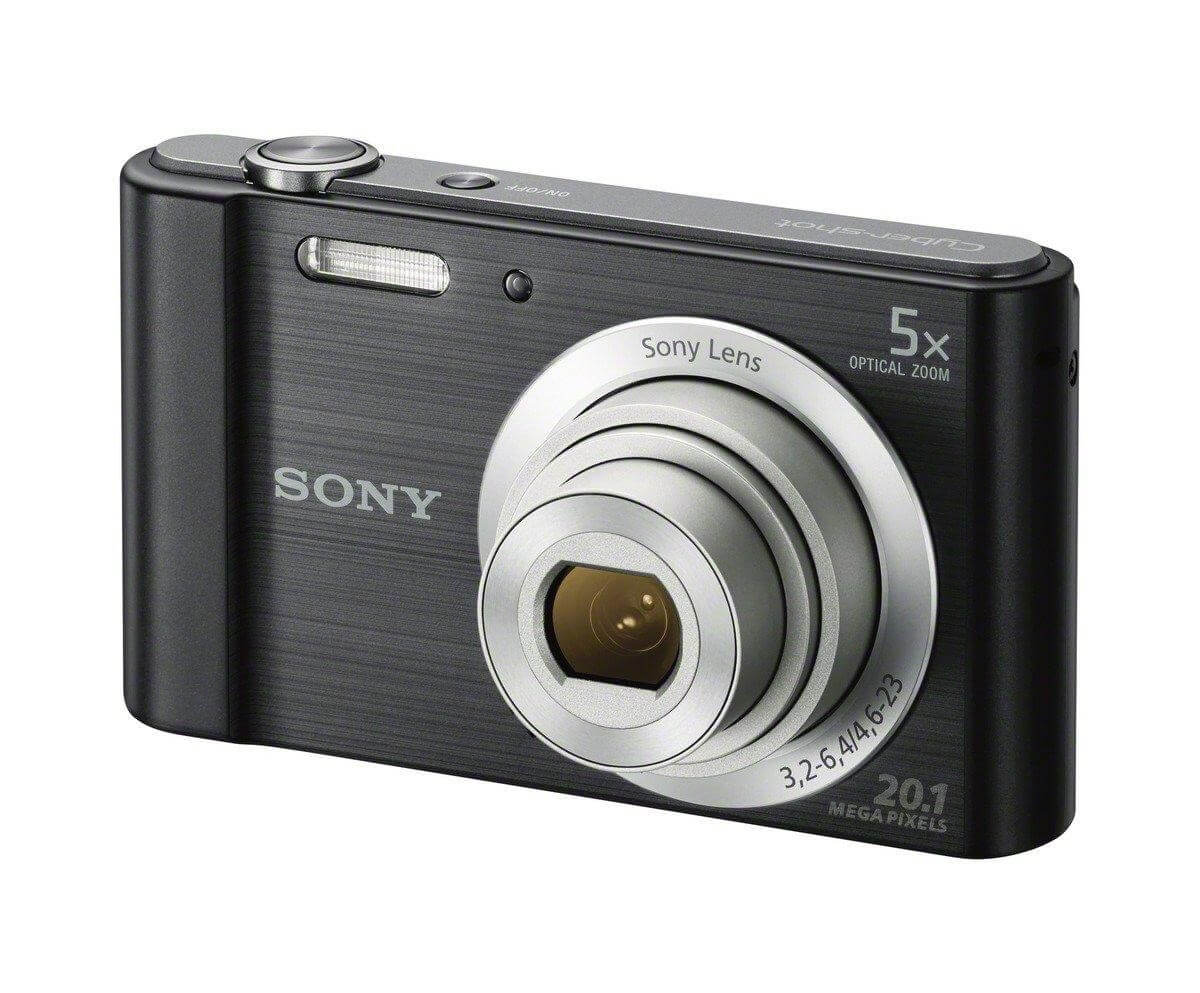 ●    Available within an affordable range 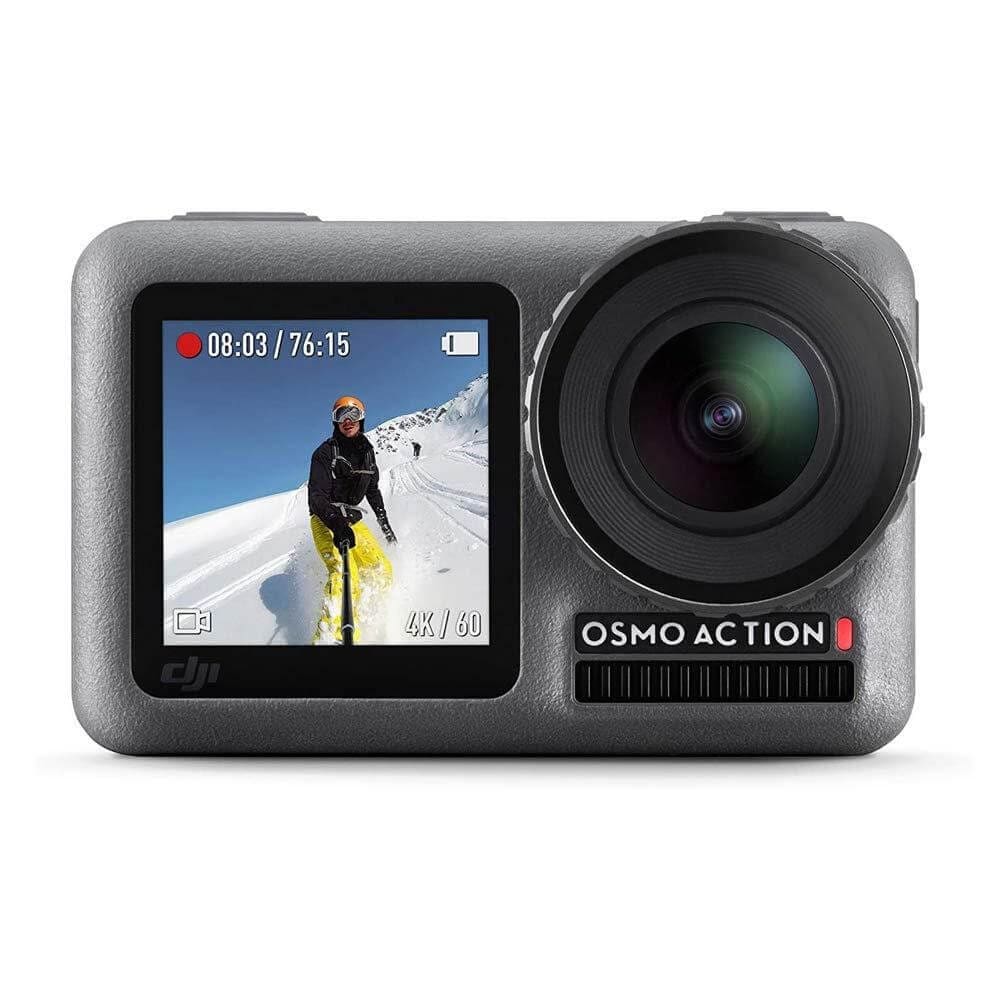 DJI Osmo Action has a longer and larger series. The camera has a handy front screen and front color. It offers far better functionality than the GoPro Hero 7.

The camera has a weather-sealed body that is dustproof and splash-proof. It has a fully articulated screen along with a 3mm port for the external microphones. You can use a battery grip to extend its battery life when you are recording a video. 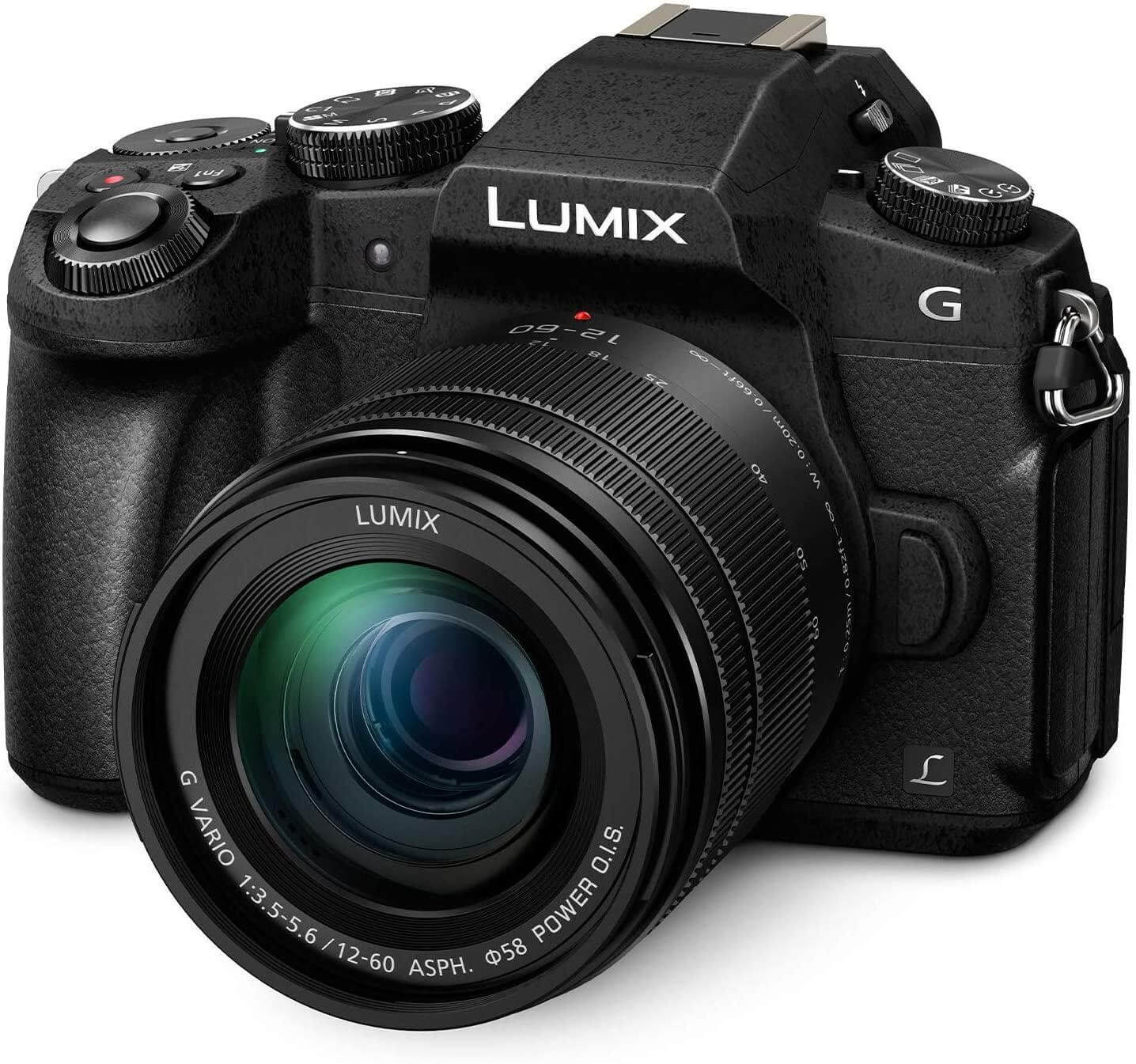 ●    Not a good option for low-light conditions

The Hero 8 features 4 digital lenses that make it easier for you to capture the best view of the vlogs. You will find a screen at the front part of the camera that shows important information like recording status, battery, available SD card capacity, and video resolution.

This vlogging camera can capture 4K videos at 60 frames per second or full HD at 240fps for the slow-motion videos. It is an easy-to-control camera. 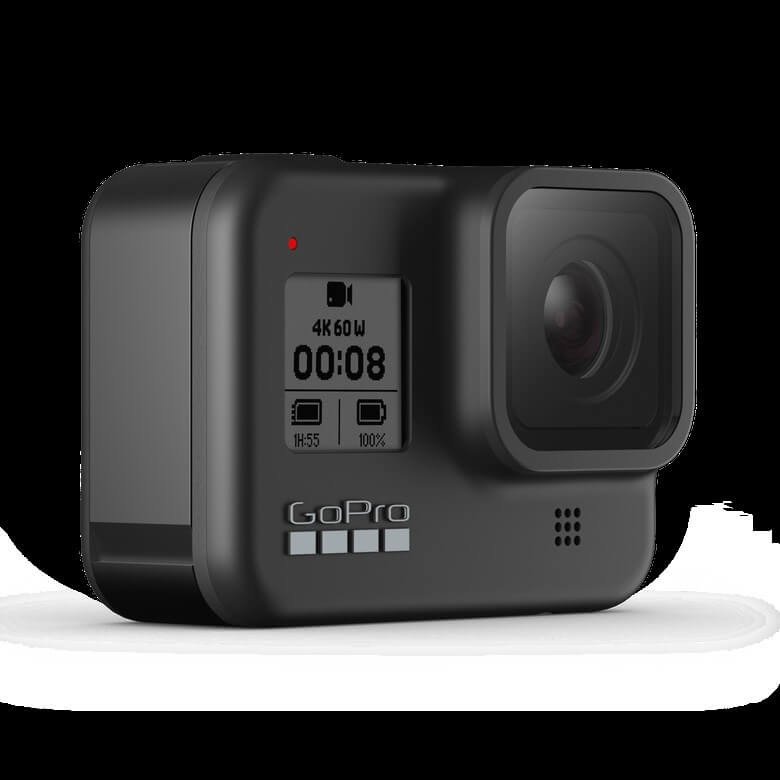 If you want a vlogging camera that can be used for different purposes, GoPro Fusion 360 Waterproof is the best choice. It has every feature available in vlogging cameras for beginners. The camera has a waterproof and compact design delivering spherical footage in incredible quality. With the 360-degree experience, you can create amazing clips. 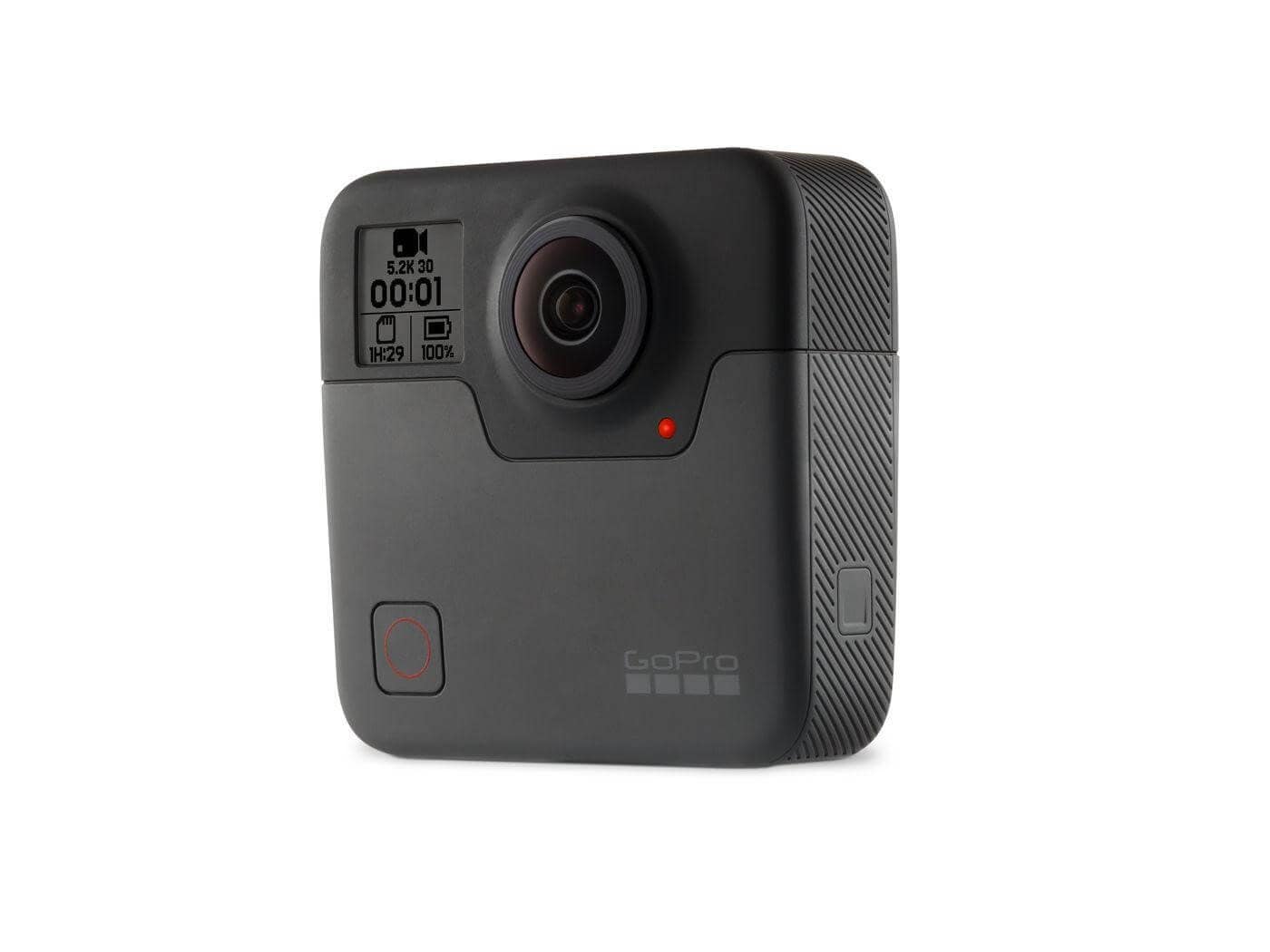 ●    The GoPro app might crash and freeze at times

It is canon’s first foray in the 4K capable mirrorless market. Canon EOS M50 comes with plenty of features. The video image is good but when you are filming in 4K, it has a 1.6x crop. It means that the sensor zooms in 1.6 times for catering to 4K stabilized footage. 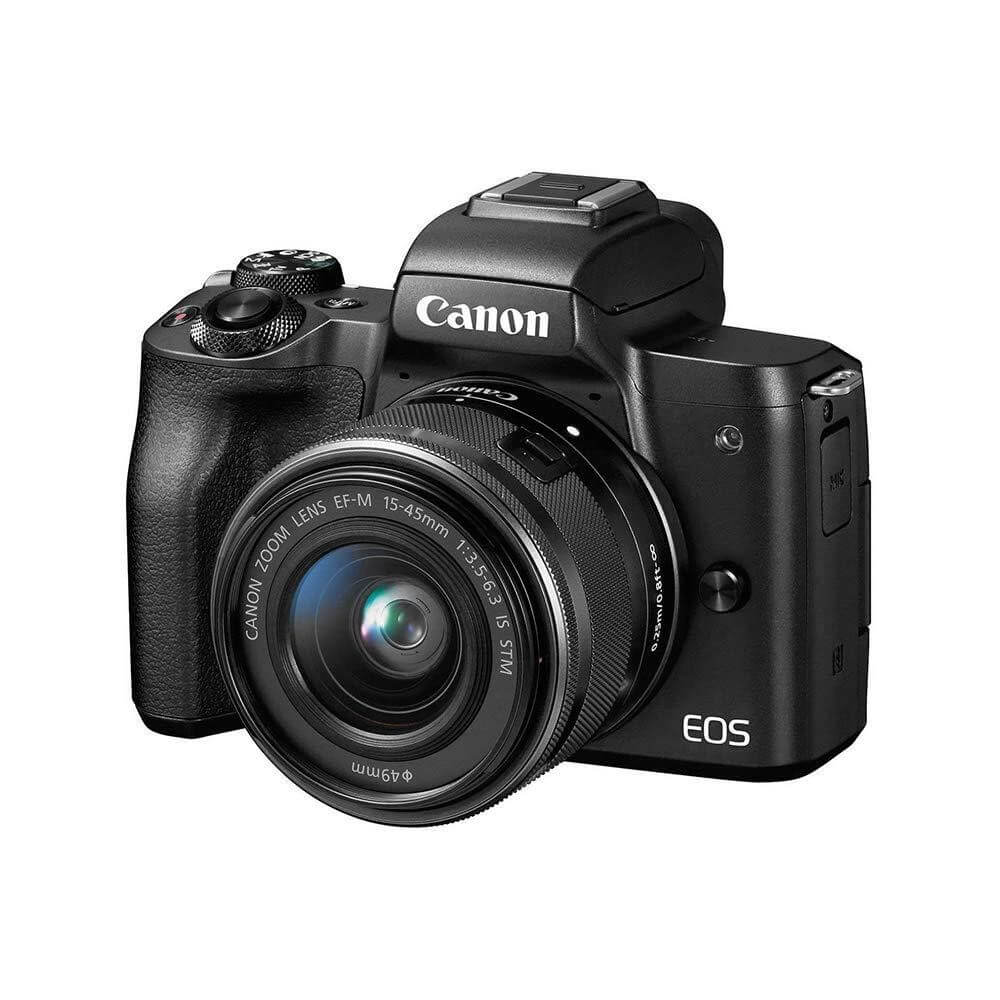 ●    Available at an affordable price

It is one of the best compact vlogging cameras that are available in the market. The camera combined the best bits of the RX100 V series of SONY. Sony ZV-1 has a built-in filter and profiles. This is helpful for people who like color grading. You will not come across a finer pocket vlogging camera than this. 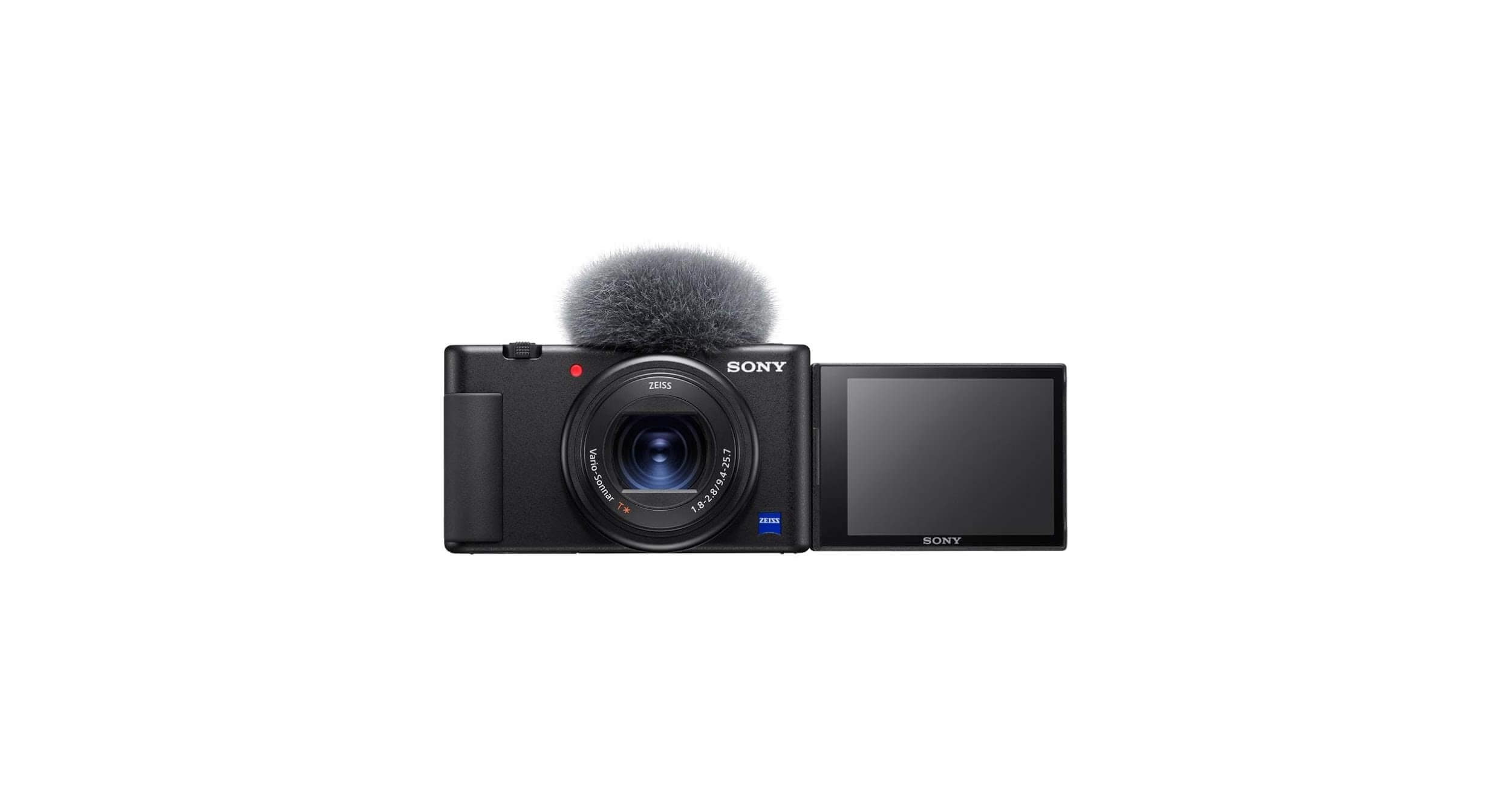 ●    The pocketable size makes it easy to carry

This is an affordable superzoom camera that is great for travel vloggers. One of the best features of the camera is it uses AA batteries. Hence, you have the option to carry spare batteries while traveling to remote locations. Its stacked backside-illuminated technology works on image quality and clarity. 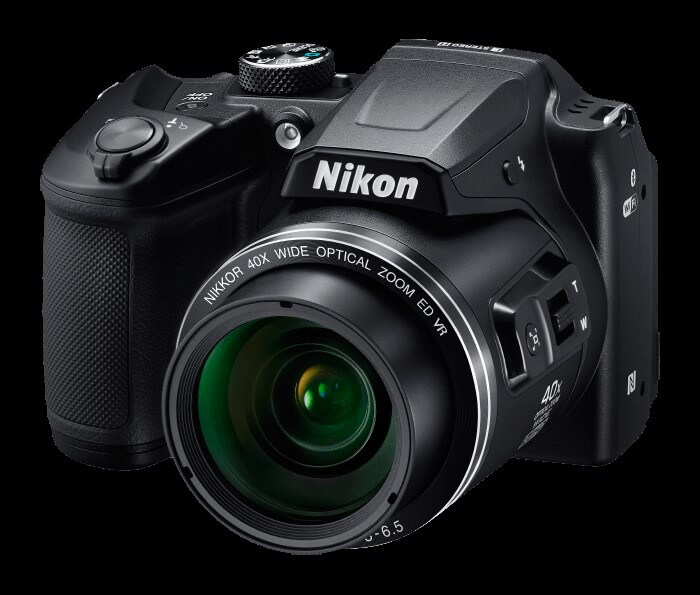 ●    DSLR design is heavy and bulky

●    LCD screen doesn’t tilt to the side

This is an inexpensive action camera that works like GoPro. AKASO EK7000 includes 4K video recording, time-lapse, inbuilt Wi-Fi, and burst mode. The videos and photos that it captures look almost like the ones that are captured by Go Pro. However, the best thing about the camera is its simpler controls. 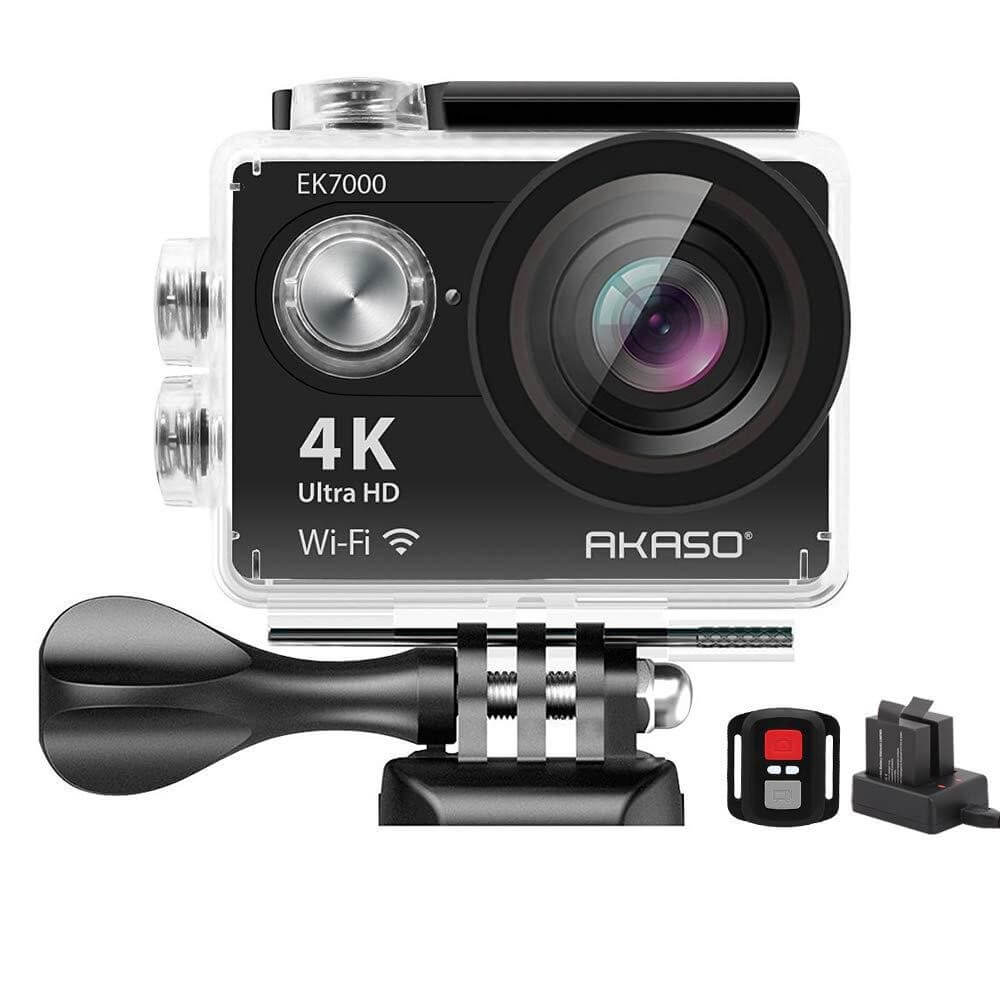 ●    Doesn’t have a touchscreen

●    Audio is muted while using the waterproof housing

This is the best budget compact vlogging camera available for travel vloggers. It has been designed with 12.1MP high sensitivity and Venus Engine image processor. Panasonic Lumix DMC-ZS50 can shoot full HD 1080p footage at 60fps. The screen comes with an anti-reflective coating. This offers a great experience when you are accessing a video/image review or live view monitoring. To complement the zooming capabilities of the camera, a HYBRID OIS+ image has been included for minimizing the appearance of the camera shakes. 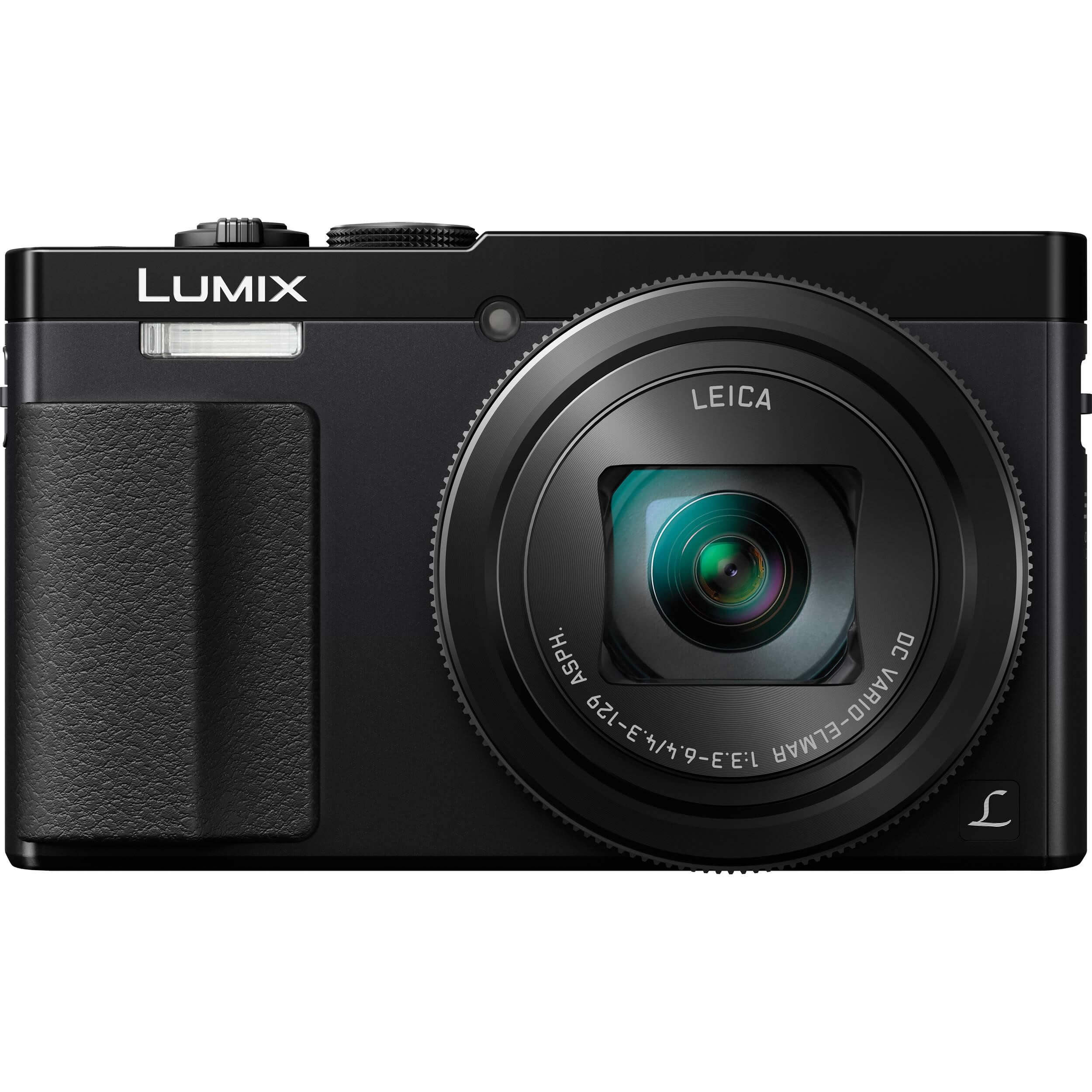 You can choose any one of these best vlogging cameras to shoot your vlog. However, shooting a video for your vlog with the best vlogging camera is only half the task. To make it unique and of superior quality, you need to edit it. For this, you need a good video editor. One of the best video editing tools to use for your video blog is the FilmoraX Mac version of the video recorder. It comes with some amazing features that let you cut, trim, and do more.