The 10 Best Mics for Twitch Streamers

A microphone that produces clear audio can help on several different levels. Besides making communication with your teammates much easier, a good microphone also makes your comments during a stream audible, so your followers can hear what you're saying.

Finding a microphone that will ensure your voice is heard by your Twitch followers may be a daunting task, and for that reason, we've compiled a list of top ten mics for streaming on Twitch.

Wondershare Filmora is a full-featured video editor that helps you custom gaming videos creatively. Check this video to learn more.

Top 10 Microphones for Twitch Streaming in 2019

There are thousands of different microphone models on the market, and the amount of money you'll have to spend in a particular model can vary from tens to hundreds of dollars.

Let's take a look at some less expensive options that can provide you with a decent audio quality for your live streams.

Mics worth considering if you are on a budget [below $100]: 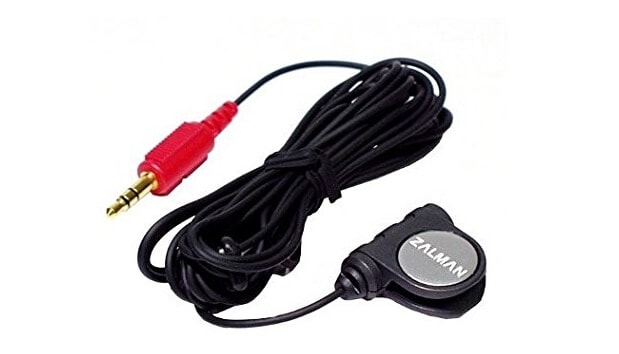 You can hardly find a better headphone microphone at this price range since the Zalman ZM-Mic1 performs surprisingly well under good audio recording conditions. You'll be able to get a clear voice recording, even though the mic pics up background noises easily.

The high sensitivity microphone is equipped with three mini clips that help you avoid having to deal with tangled cables. Zalman ZM-Mic1 is certainly not the best microphone on the market, but if you are looking for a cheap and powerful mic, it is a great option. 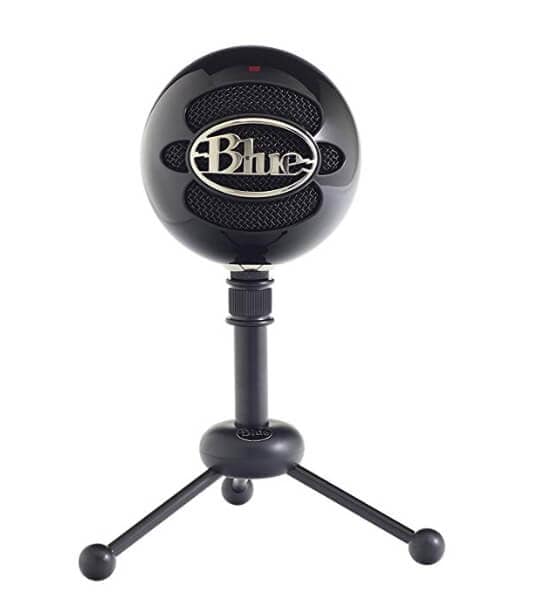 Unlike the previous entry on our list, Blue Snowball lets you choose the polar pattern you want to use during a live stream. You can either select the omnidirectional pattern that picks up sounds from all directions or cardioid pattern that only captures the sounds that come straight into the microphone.

The setup process is quick and easy since you only have to connect it to a computer through a USB port and you're ready to start streaming. Blue Snowball has a microphone stand that lets you adjust its height and find the best position for it during each broadcast you share on Twitch. 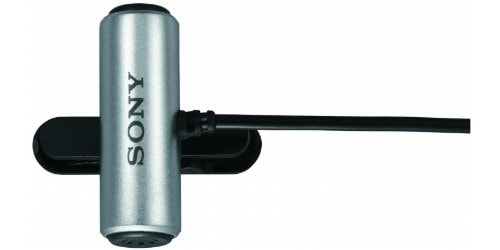 Small, elegant and powerful, Sony ECM-CS3 offers great sound quality at a ridiculously low price. The microphone can be connected to a computer's audio port and like all lavalier microphones, it features a clip that lets you attach it to a shirt or any other piece of clothing you wear during a broadcast. The clip rotates 360 degrees, which allows you to find the optimum position so your voice is neither too quiet or too loud.

The Sony's microphone features only an omnidirectional pattern that picks up background noises from all directions, but if you are streaming from a relatively quiet environment this shouldn't be a huge problem. 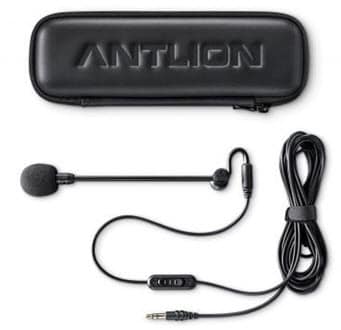 Gamers that want to stream from gaming consoles as well as computers, should consider using modular microphones like Antlion Mod Mic 5. You can easily attach this boom mic to a pair of headphones, Smartphones and it comes with a Y and USB adapters that enable you to use 3.5mm headphone jack and a microphone jack simultaneously while streaming.

Antlion Mod Mic 5 lets you choose between noise canceling and studio recording modes by simply flipping a switch and it comes with 1-meter and 2-meter cables so you can move freely throughout your live stream.

With a frequency response range that goes from 20Hz to 20kHz, Razer Seiren X is easily one of the best microphones for streaming on the market.

Besides a wide frequency response range, this mic also features a Super Cardioid pickup pattern that records audio at a sharp angle. Despite this, the Razer Serien X picks up background noises, which can be slightly irritating if you are using the keyboard a lot during a stream.

The microphone has a built-in shock mount that reduces unwanted sound peaks, and it has 0 latency which removes echo and enables you to hear how you sound.

Price often doesn't guarantee quality, but if you want to make sure that the sound in your broadcasts on Twitch is crystal clear, then you should consider some of the options listed below.

Here are some of the most popular high-end microphones in the gaming community on Twitch.

Currently, Blue Jeti is a superstar among streamers, podcasters and YouTube video producers, because it offers versatility many of models in its price range lack. It features multiple pattern selection, so you can choose between omnidirectional, cardioid, bidirectional or stereo recording patterns.

Blue Jeti can be easily connected to a computer via USB port, and it is compatible with both PC and Mac computers.

The microphone also enables you to control the gain or quickly mute the audio by using the mute button. Blue Jeti has zero latency and it features a headphone output, which makes it a perfect choice for live streaming.

The main reason why we've added this microphone to our top ten list is its versatility. It lets you choose between several recording patterns and it can also be used as a two-track audio mixer. Samson G-Track Pro is a USB mic that doesn't require any additional audio recording software and it is compatible with Mac and PC computers.

Sturdy and built to last, Samson G-Track Pro surpasses expectations of most streamers on Twitch, while delivering the superb audio quality that will impress all viewers of your broadcasts.

This Audio-Technica's mic can be used for much more than Twitch streams. As a matter of fact, it is a studio microphone that performs well while recording low and high sounds. Keep in mind that this is a condenser mic and it can easily pick up background noises, despite the cardioid recording pattern it uses.

If you want to make sure that your audio is impeccable in every stream, you might want to consider buying a pop filter and an XLR cable. In any case, you can hardly go wrong if you decide to use the Audio-Technica AT2035 mic to record narration in your live broadcasts.

Rode microphones have long been on the industry's forefront, so it is hardly surprising that this cardioid condenser mic is among the most popular choices among Twitch streamers.

It is equipped with a pop-filter that softens harsh sounds like hard b, t, or p. To make thing even better you can just plug it in a USB port and start recording, which means that you won't have to waste time on setup.

The mic is equipped with a mix control so you can create a perfect balance between the game sound and your voice.

Microphones manufactured by the Blue company are dominating the market at the moment because they combine functionality with high-end audio recording capabilities. Blue Blackout Spark ST is yet another example of a powerful condenser microphone that allows you to produce audio that doesn't need much post-processing.

However, it does pick up background noises so to make sure that your streams are free of unwanted sounds you should do everything in your power to keep the environment in which you are recording as quiet as you possibly can.

Aspects you Should Take Into Consideration Before Purchasing a Microphone

Like webcams or live streaming software, microphones are a necessity for all broadcasters on Twitch or anywhere else on the Internet. That's why finding out as much as you can about a mic you want to use for your streams is advisable, since buying a device that can't produce clear recordings of your voice during a broadcast can hurt your chances of attracting a large number of followers on the platform.

Here are a few things you should consider when buying a new microphone for streaming.

It seems obvious that audio quality is the most important feature you have to look into, before getting a new microphone, but some gamers don't pay a lot of attention to it. While it is true that you can use almost any microphone to record your voice, cardioid mics are the best choice for streaming because they significantly reduce the level of background noises in the recording. Cardioid or unidirectional mics, capture sound at a tight angle, which makes them perfectly suited for recording narration.

Using a microphone that can be used in just one setting might cause you trouble if you are often streaming from different locations. What's more a mic that lets you mix sounds from several channels or offers other advanced options can be quite useful since it can allow you to have complete control over the sound recording process.

Getting an expensive microphone for your Twitch streams only makes sense if you want to share new broadcasts regularly. If you just want to stream occasionally for fun, then a cheaper mic with decent audio recording capabilities may be a better option that won't burn a hole in your budget.

Sharing live streams of video games you play should be fun, but you can't really have fun if the equipment you're using is malfunctioning.

Choosing a reliable microphone that produces great audio quality will enable you to communicate with your audience clearly, as well as your teammates if you are playing multiplayer games. In any case, a good microphone will increase the quality of your broadcasts, which can help you attract new followers that look forward to your next stream.

Which microphone are you using for your broadcasts on Twitch? Leave a comment and let us know.

Thank you for your comment. We will review it within few days.
You May Also Like
Twitch Bits Guide: What Are They and How to Earn /Get Free

This is a guide with everything about Twitch Bits to help make money on Twitch for Newbie, Twitch Affiliate program and Twitch partner.

How to Get More Subscribers on Twitch [6 Tips]

Streaming gaming videos on Twitch can be both fun and profitable, but in order to start making money from your broadcasts, you must face a fierce competition and attract a sizeable followership. So he