How to Play And Watch M4V Videos On Android?

There is no question that our Android devices are pretty great. Not only do these devices connect us to the larger world through texting and social media, but they allow us to enjoy pictures, videos, and music at our leisure. Unfortunately, some video formats are just not going to work on your Android device. One of these formats is M4V.

M4V is a nice video format for a variety of reasons. If you want to have the ability to watch and enjoy M4V videos on your Android device, you do indeed have options. But first, let's get into a little background on what M4V actually is.

M4V was created by Apple from MP4 origins. It is used to store a number of different things. One of these is video. While Android naturally supports certain formats, there are quite a few formats it does not support. When it comes to getting around the fact that Android won't let you play and watch M4V videos, you have a couple of options. You can seek out a video player that will allow you to play M4V videos on your Android without any hassle. Your second option is to have the M4V video in question converted into a format that your Android will be able to play.

Android Players That Can Play M4V

When it comes to playing M4V videos on Android, there are a number of players out there that you can try:

When it comes to players that support a variety of video formats, MX Player is roundly considered to be one of the best. One of the best things about this player is the fact that the H/W decoder gives you the ability to utilize hardware accelerating for more videos. You also get a feature that keeps your kids from accidently getting to other parts of your phone.

Looking for a player that is remarkably easy to use? This is one that is well worth a serious look on your part. In addition to the simple interface, the decoding power behind this player allows you to enjoy just about any type of video you want.

The hardware decoding component to this player makes it remarkably easy for the player to find and run videos with optimal smoothness. Best of all, it works with quite a few different formats, including M4V.

In addition to supporting a wide range of video formats for Android devices, MoboPlayer scores points with consumers for its ability to also offer a variety of subtitle formats.

These are four of the best Android players currently on the market. Now, what are you going to do, if you want to be able to convert M4V videos into something that Android already supports?

How To Convert M4V For Android

Converting M4V for Android is thankfully not something you have to have any particular expertise on. All you really need to get your M4V converted to something that will play instantly on Android is a video converter.

Currently, the main formats supported by Android are 3GPP and MPEG-4. WebM and Matroska are supported in versions of Android that 4.0 or higher.

If you want to convert your M4V video to one of these video formats, then you're going to want to learn more about the tools that are going to be available to you, here are the 4 of the best:

Wondershare Filmora not only allows you to cut, trim, add voiceover, add effects on your MAV video file, but also can directly transfer the video files into your Android devices. 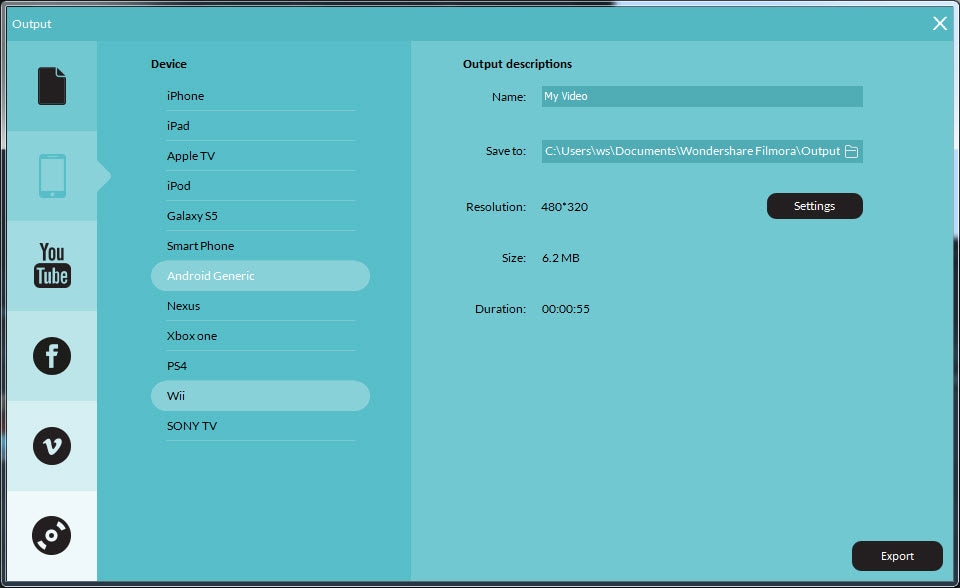 This is one of the most popular video converters for Android users, and it's not hard to see why that is the case. You can convert videos in various formats, DVDs, and even Blu-ray into a format that will play with ease on your Android device. You can use this tool to convert just about anything into something that you can play on your Android.

Although this particular offering can't do anything with your favorite DVDs or Blu-ray films, you can still use this converter to take a wide variety of video formats that will not play on your Android device, and convert them into something that will without any trouble.

With VidConver, converting different videos with various file formats like MP4, FLV, MOV, MKV, AVI, WMV, RMVB, etc. into a format that supports your device. In addition to converting video files, this particular app has the ability to extract audio from videos, allow editing of videos, supports background task modes.

Ready to enjoy M4V as you want to enjoy it?

Thank you for your comment. We will review it within few days.
You May Also Like
6 Best Video Effects Online to Create Award-Winning Video

Talk about the free video effects online ressources and recommend the best for users.

How to Merge MP3 Files

If you want to merge lots of MP3 files into a simple file, try these two simple ways to finish your task.