The VR format is becoming much popular as the technology is being developed more. Now more of the videos are launched in this format and the major video players like VLC and MX player are not able to support those videos. So, to watch the 3D videos, the users are required to get the VR Video Players. As the 3D videos let you have the real feel and excitement, they are getting much popularity and therefore, the number of VR video players is also increasing. Here, we are going to mention the best 5 VR video players which will let the Android users to enjoy the VR videos without any hassle. These VR video players will not only let you watch the 360 degree videos , but you can also use them for watching the 2D videos.

You may also like:
Oculus video player
Top 5 VR (360 Video) Players for PC
How to watch VR video on iphone?

VR Player lets you have the realistic experience through the VR movies. This free to use 3D video player is perfect to put the users in action. This VR video player can effectively play the 2D, 3D Top-Bottom, 3D SBS videos on your smartphone. If you are interested in having the experience of theatre with your smartphone, then you must install the VR Player in it. Here are some of the main features of this VR player. 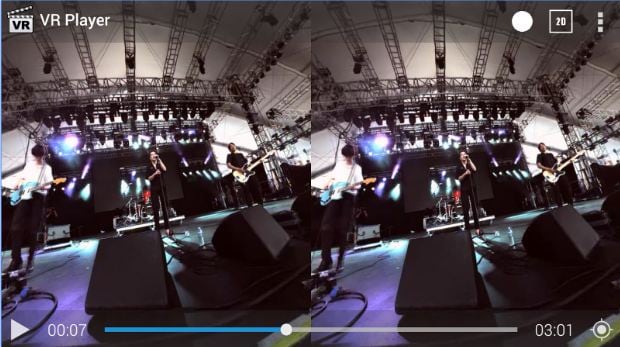 If you are interested in having the realistic experience through 3D videos then you must try VR Gesture Player. The most amazing feature of the app is that the inputs are made through hand gestures. The touch-less control of this app lets the users to jump into the world of virtual reality. The hand gestures are recognized by the back camera and these gestures are used to control the app. So, the users are not required to make the menu selections. 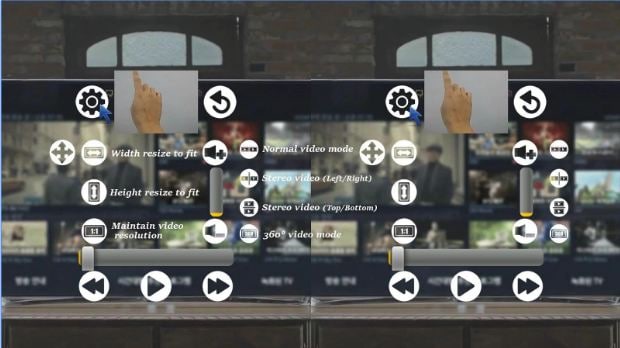 Though similar to the VR player, but VRTV offers the modest user interface. This interface do just wonders when it comes to smooth playbacks. This player app features all the projection types like dome, cube, and more that are required to play the VR videos. Fish Eye is the best feature of this player which lets the users to split the videos in such a way that there is no strain on your eyes. Only you need to ensure that it is adjusted properly between the pupilary lenses and the VR headset. As the name depicts, the 3D VR video player is also free to download. 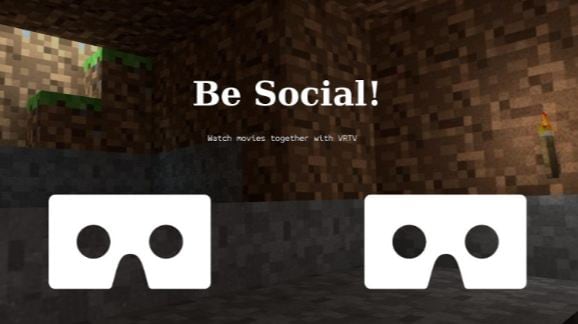 Another free but great solution for android users is AAA VR Cinema. The wide range of play options lets the users enjoy the VR videos to great level. Though all its features are good, but the one that is most appreciated by the users is head tracking system. This great technology lets the player track your head’s drift movements. Thus, the users can easily watch the VR videos without any need of Gyro sensor. Let us tell you some wonderful features of this amazing app.

This player offers a large number of features and support to various video formats. Whether it is the 2D, 360 Side-by-Side or 360 Top Bottom, Homido provides best support to all. The outstanding feature of this player is the inbuilt web browser which lets the user to browse the internet and play the video of their own choice. However, as the inputs to Homido are given through had tracking the users are required to have gyro sensor in their Android phone. 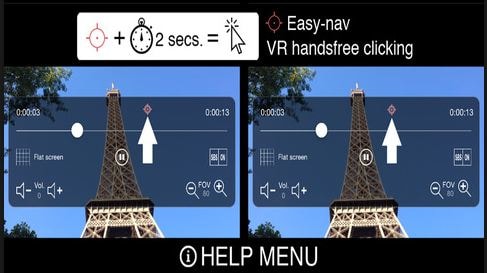 Which one you should choose?

All the video player apps mentioned above have their own features, but all of them aim at providing you the best experience. So, it depends on your choice that which you want to install into your device. However, in the case you find some shortcomings in the one, you can try another as all of them are free.

This article introduce tips on how to download 360 degree video(VR video).