VR videos and 360 videos have been popular for the last few years with the releasement of some VR headsets such as HTC Vive, Google Daydream, and Oculus Rift.

However, to enjoy the immersive virtual reality experience, you may need a VR video player on your Android, iOS, Mac, or Windows PC, as well as the VR headset.

So, in this article, we will show you the steps of how to watch VR videos and 360 videos on PC by using a VR player and 10 best 360 players that allow you to enjoy VR video easily.

While, for those who want to edit the VR video with a higher level, we highly recommend trying Wondershare Filmora to decorate your video footage with the built-in visual effects, filters, overlays, animations, and green effects.

You can use a 360-degree video transfer and fisheye converter to make your video amazing! You can also use basic tools to edit videos, including cutting/trimming/splitting.

Here are the 8 best VR video players on PC for you to get started.

As most VR player users know, this VR video player is just a free 360 degrees player for Android, IOS, MAC, WINDOWS, and HTML5.

The good thing about this is that it lets the users interact and play with 360-degree videos on their PC. Aside from watching VR movies, you can also watch movies online by connecting only your Android and IOS devices with your VR headset.

VR player is particularly designed for playing virtual reality videos and is a popular program among Oculus Rift users. For its best features, the VR player not only plays VR video, but it also plays 3D/2D videos.

However, according to some customer reviews, Oculus Rift DK2 is no longer recommended because it does not track the VR player, and its free version is the entry-level immersive 360° full HD video player.

You don't need to worry about its price because you can only have it at a very low price without breaking your bank. 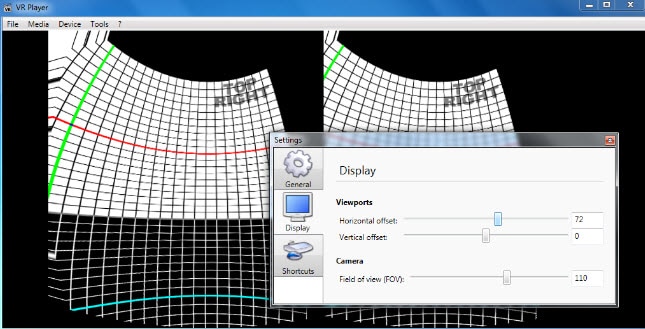 This is because of its field of view correction functions and powerful distortion, which allow you to enjoy media even your eyes are there in the camera. In addition, the view pitch, field of view, and various mapping functions of this VR player are configurable.

You can download it free for Mac and windows so far, but not in a media player for windows ten at this time.

Characteristically, it is a high-quality yet free VR video player that allows users to experience optimized live-action videos either on Mac or Windows.

This VR player is more interesting because once you put your VR headset, you can now immerse yourself in non-linear narratives and soundscapes using this best VR video player.

In addition, it can also operate on Android, IOS, MAC OS, as well as on Windows 10/8/7. Plus, it can be used for viewing a VR Video on the web, making it more interesting to use. At a very low price, you will for sure have it. 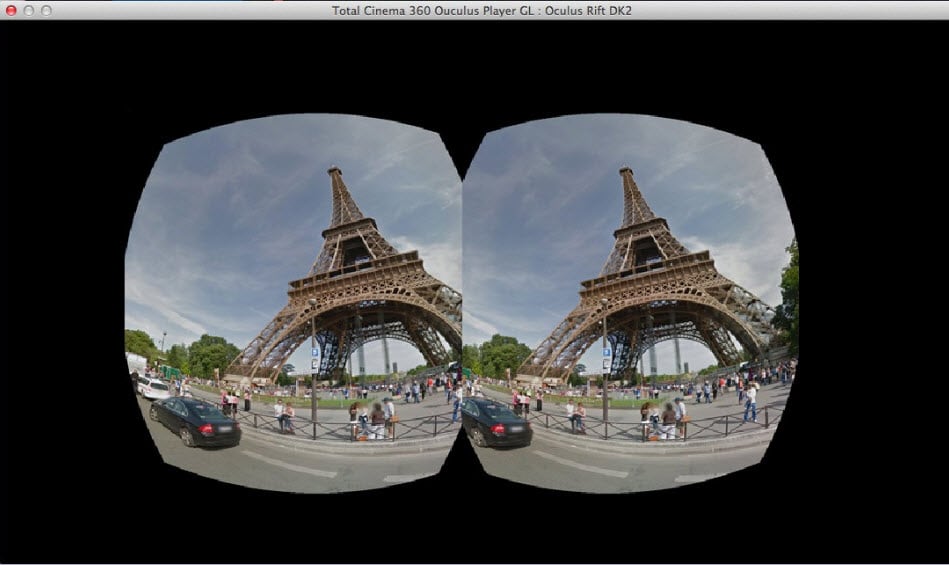 RiftMax is more than a VR video player, in which it can play 360° videos. With this, you are allowed to interact with your friends by participating in a party or sharing movie with them even they are in a far distance or miles away.

Aside from that, RiftMax also enhances video with good effects that come out of the screen. 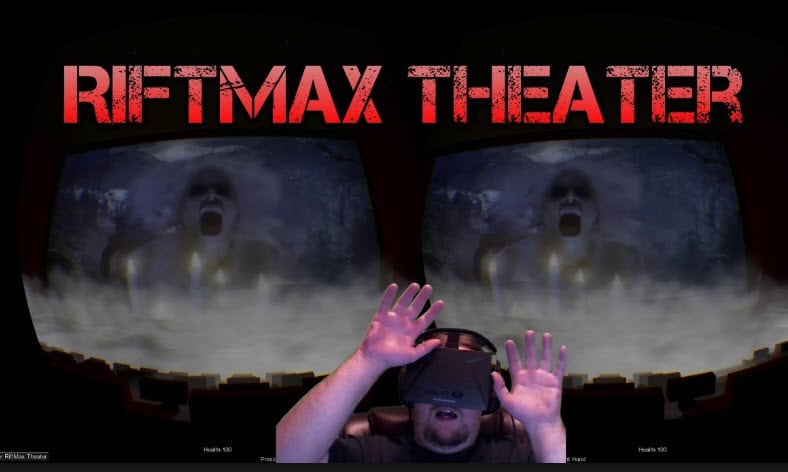 The best thing about SKYBOX VR Video Player is that it can help you recognize video format automatically when you play the VR video. Whether it is 180/360/2D/3D video, it can always set the right format.

It also supports a 4K video. You can stream video on the same network. It is free to use. This VR video player can freely keep it if you have a rift. Don't worry!

You can use this VR player to create an immersive watching experience. If you are watching a foreign movie, you also can load subtitles, which is very convenient for the language learner. It also supports 4K video playback.

If you don't want to download a video first, you can open a video from YouTube and Dropbox URL, so your device's storage is always usable. Just choose this one to start VR playback. 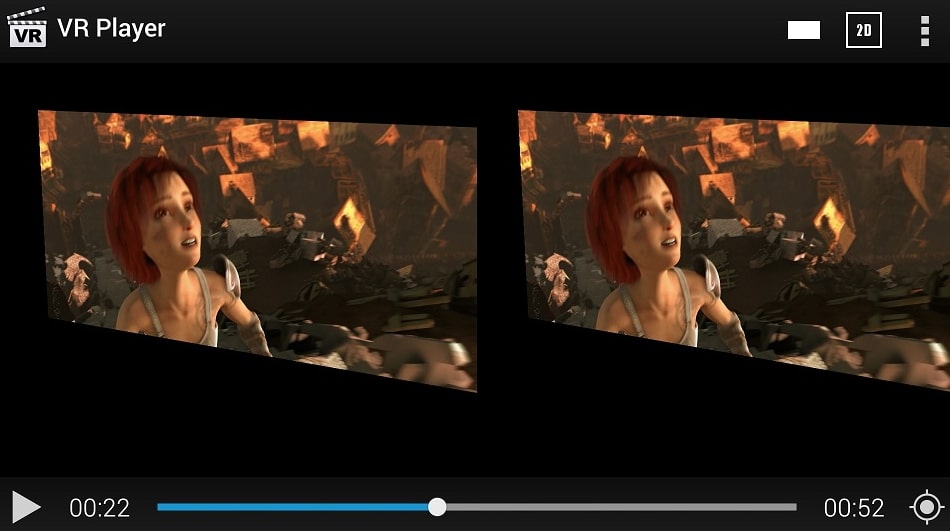 You may think Opera is just a browser, but in fact, you can also use it to watch VR players. No need to download any third-party software. Just plug in your headsets to start playing VR video.

After you open a video, Opera VR Player will automatically play it in the right format. You also don't need to activate VR settings. If you are already using the Opera browser, you can try it. 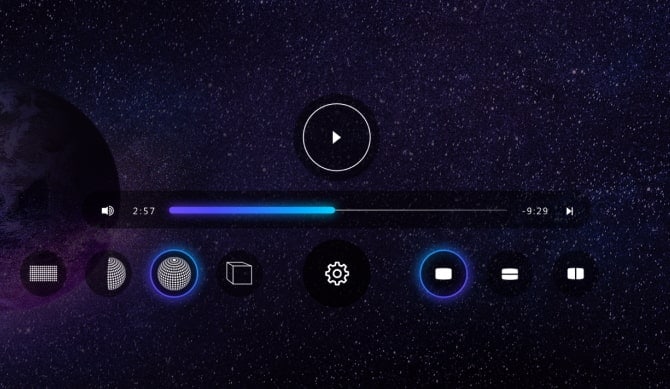 Magix is a VR player that is free to use without cost. It supports playing VR videos in a new way. You can record without VR hardware. You can wirelessly transfer VR videos from Photostory Premium VR to VR-X Player, and the transferring speed is really fast.

You can use it on Windows, so don't worry about compatibility. It is a VR player worth trying.

Simple VR is really easy to use with an intuitive interface. You can play, stop and pause VR videos with easy controls. You can experience customizable VR settings. It supports making 180/360 videos.

Besides, it has a Super Enhanced mode to improve VR video fidelity, contrast, and video details. If you want to have more controls, choose this VR video player.

Part 2: How to Watch VR Video

However, in some parts, though there are a lot of VR videos available on the internet today, not everyone has tried or already experienced watching VR videos.

So, before we proceed to the top 10 VR players, let's check how to watch VR video as easily as possible.

These are the VR player that we found. Some of them are free to use. If you want to edit a VR video, we highly recommend that you try Filmora based on its features like a 360 video converter and auto color correction and grading. Let us know how you watch your VR videos on pc in the comment below.

You can use it to play VR videos like a pro. Download it now to have a try!

Thank you for your comment. We will review it within few days.
You May Also Like
Best Video Editors for Windows/Mac/iOS/Android/Linux [All in One]

How To Cut Out Camera Shake

Camera shake is one of the most annoying problems facing YouTubers. There is a lot of different equipment for keeping your camera stable.

How to Make A Hyperlapse Video

Time lapse videos are recorded either by filming for an extended period of time or taking a series of photos to string together into a video.