All android phones hold a key into watching virtual reality. Though it may be a low-grade virtual reality, the thing is, it’s still VR. Google has a platform wherein you can open your android phone into a cut-rate VR viewer called Google Cardboard . The focus of this app is mostly put on games and experiences but it also empowers VR videos which are lightly immersed.

When your android phone has a VR viewer, you can have your own freedom of watching and looking around the world for 360-degree videos. Whether you’re watching an animated trippy clip, savoring a concert footage, watching stunts from all sides and angles; with VR viewer, it would feel like you’re actually among the crowd or in the place as the ones you’re watching. VR viewers like Google Cardboard makes the experience of watching videos less passive and creates new ways of visual storytelling. 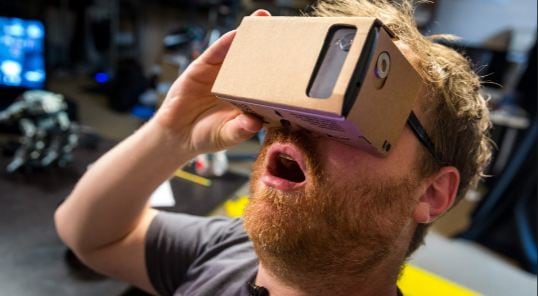 Part 1. Choosing between VR and 360 Videos

The first distinction between VR and 360 Videos is that 360 videos can be watched and viewed with Cardboard and other VR handsets but 360 videos aren’t just like VR videos because VR videos with the right content has the depth of illusion.

VR videos are stereoscopic 3D (has a different right and left eye point of view) which means these VR videos are providing added immersion by giving the sense of being on place in the world you’re watching such as nearby close-up objects while further items seem to off and far away. This only sounds like a very subtle difference between a 360 video and a VR video but in addition, the 3D quality is better used on VR handsets and can be justified by just placing your android phone up your eyes.

However, 360 videos act mostly in the same manner. With the use of a phone’s gyroscope, it will let you look around as you take footage and they can still be viewed via VR viewer in good quality. Most cases show that non-VR video contents seem to be actually sharper when viewed on Cardboard. That’s why sometimes, depth is swapped with clarity whenever you choose between VR and 360 videos.

The higher frame rate and resolution of 360 videos and VR videos result to more pleasurable video experience especially via Cardboard. Videos with lower frame rate can actually add blurry artifacts which can then cause you to be a bit nauseous while watching the video. Nasty blurs can affect the focus of your eye that’s why you may feel nauseous. Opt for VR and 360 videos that have options of maximum quality when streaming. It’s okay if it needs more bandwidth. Just try finding the best versions and quality local videos whenever possible.

In order to use Cardboard with your iOS devices, be sure to have iOS 9 or later.

Thank you for your comment. We will review it within few days.
You May Also Like
Top 5 Samsung Gear VR games

Here I am going to tell you about the top 5 Samsung Gear VR games that you should try. Below is overview of the games.

This article introduces a full guide to VR fans of watching VR or 360 videos through android phones.