There are already many different kinds of video downloaders that are available in the market especially because of the existence of 360-degree videos. The 360-degree video provides a depth view of the images. Most virtual reality videos are in the format of 360 degrees and provide high standard without any issues. Would you like to download the 360-degree video into your local device? It is important to download such type of videos for a clearer and more enjoyable way of video watching. Unfortunately, there are 360 videos that have a very low level of resolution as well as heavily compressed due to the file size limit. This is the smartest choice because the higher the resolution, the higher the quality of the image.

There are many ways as to how you are able to download 360 degrees videos. But identified below are some of the easiest steps to do it. You may consider checking out the following:

Step1: Find a 360 VR video downloader and install it to your computer.

There can be many choices to consider when it comes to 360-degree video downloaders but it is important to look for the one that will suffice and even exceed your demands. If that is what is you are looking for, Wondershare Uniconverter is the best choice. It can convert videos in different formats while exporting these things in your chosen or preferred device that will suit your gadgets. You can go to the authorized Wondershare Uniconverter official website and download the tool according to your system OS versions

Step2: Find the 360 VR video you want on the website and copy the URL.

After you have decided on the downloader you would use, it is now the time to look for a 360 VR video that you would like to download. It is just a matter of typing it in the search engine. By the time that you have searched it, you may now copy the URL. Be careful in copying because you might miss out on a single detail.

You may now go back to your chosen 360-degree VR video downloader-Wondershare Uniconverter, In the home screen, tap the ‘Download’ menu at the top of the screen and then paste the URL of the 360-degree video. Finally hit the ‘Download’ button. 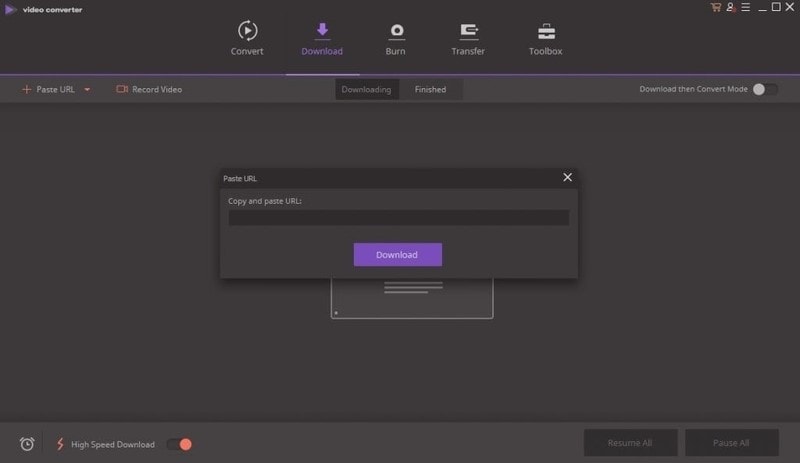 Step4: Select output format, download, and enjoy the 360 VR video on any of your devices.

This is the time that you will choose the format you would for your downloaded video. Your primary consideration is the suitability of format to your gadget used. But, there is nothing to worry about because as you chose Wondershare, you will be provided with all the possible formats that a smartphone, tablet, and other gadgets may have. This is to give you assurance of the flexibility of this downloader when it comes to downloading 360 VR videos to your device. 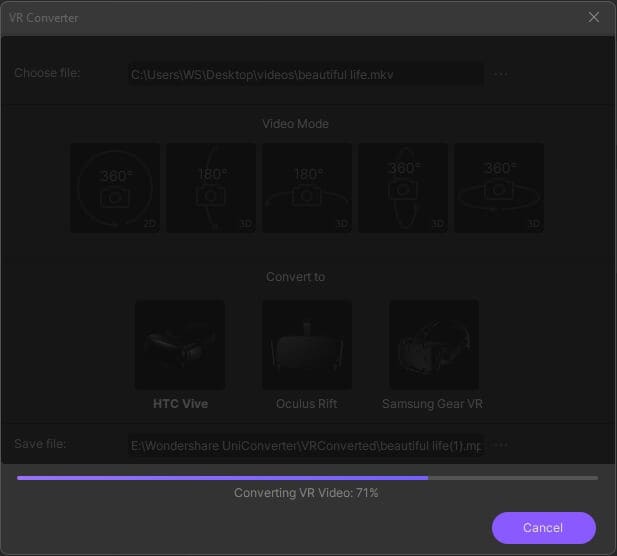 After downloading the 360-degree video, you can also edit it quickly. Here we recommend Wondershare Filmora to start polishing your video. In the Wondershare FilmoraPro, you can perform auto color correction to add cinematic effects to your 360 degrees video. 360-degree effects can also make your video unique! And this application also permits you to work on every detail on the video elements and ensures 4K resolution outcomes. You can suppress unwanted noises through a few clicks in this environment.

The whole video editing workflow is smooth. There are so many effects for 360 degrees to use. Now it is time to trigger your creativity on the 360-degree videos to obtain realistic results.  Just free download it now to have a try!