How to make video fade to black in movie maker easily

Windows Movie Maker is a simple video editing tool included with most Windows machines. You can download Movie Maker here if you don't already have it or want to update to the latest version.

To avoid your video appearing choppy, you should use transitions between segments when creating a movie. A simple and inconspicuous approach is to fade out to a neutral white or black screen.

Fading out a video on a neutral white or black screen is a simple and discreet approach to generating a striking transition between two video clips. You can use the feature to fade out audio files and video files. Adding Fade effects is not difficult; you can find the capabilities in Windows Movie Maker.

With Windows Movie Maker, how do you fade out a video? Though fading out is a beneficial effect for decorating and improving the appearance of your film.

Part 1. In Windows Movie Maker, how to fade to black

When fading out a video on Windows, Windows Movie Maker is a robust and professional option. It offers several capabilities, including the ability to import and create films, as well as the ability to add your photos to create a photo presentation. Additionally, this tool allows you to add effects, titles, and credits while editing. It may also export the altered video into other formats and share it on various social media platforms. It's vital to note that this software is best suited for beginners with limited editing skills. As a result, advanced editors will find that the capabilities in this package fall short of their expectations. You do not need to download any additional software on Windows if you use Windows Movie Maker to apply a fade-out effect to a video.

It is necessary first to download Windows Movie Maker from a reputable website. Then, in the upper portion of the movie maker's interface, find the "Visual effects" tab. Go to the "Visual effects" section and click the "More" button. After then, the "Available effects" column on the left will appear. You've completed approximately half of the steps to fade a video out thus far. 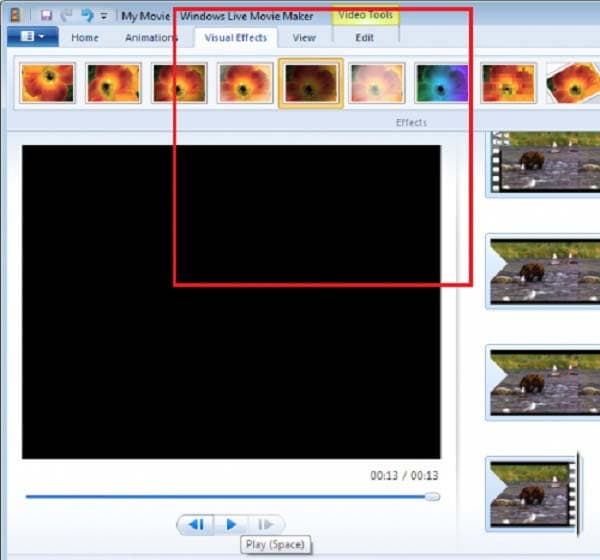 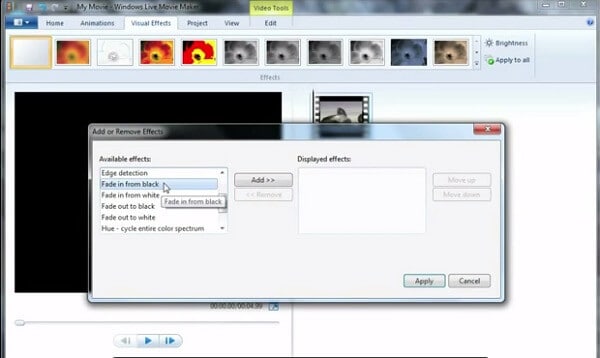 The third step is the wind-up procedure.

Finally, this movie maker allows you to preview the video to check the effects by using the "Play" button to complete the process. All stages have now been completed, and you can save the film to your folder. This software also allows you to post it on social media sites. It's now your turn to show off your great video, and I hope it'll be an eye-catching clip that complements your décor. That concludes the entire procedure of fading a video out in Windows Movie Maker. 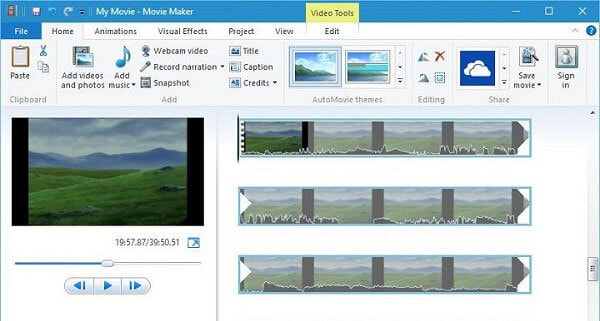 Part 2. In Windows Movie Maker, how to fade to black

Fade in and out: The "Fade" effects turn a video clip into a black-and-white, sepia, or dreamy image. 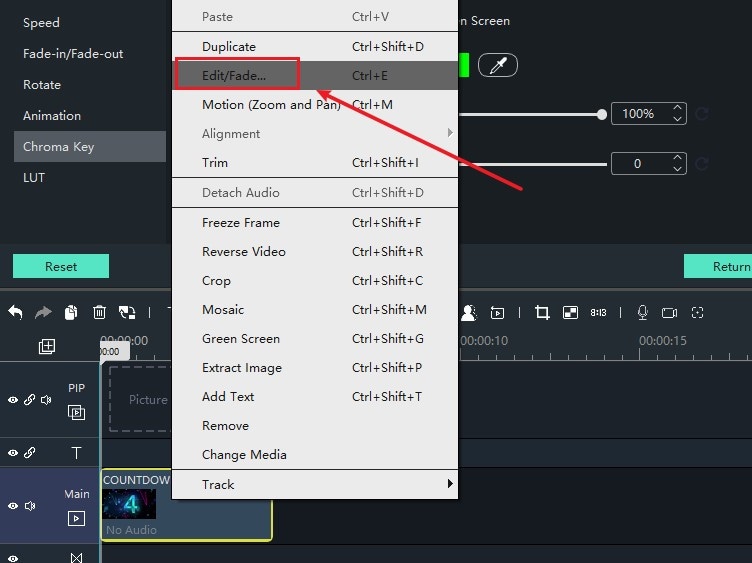 In Filmora, there are several ways to add fade-in and fade-out effects to video.

If you're using the current version of Filmora, you can fade in and out clips in various ways.

Drag video clips into the timeline after being imported into Filmora.

Drag the Dissolve transition to the beginning of the footage, then back to the finish of the clip.

Method 1: Finish with a fade to black transition:

Select a project. Select "Projects" from the drop-down menu. Drag and drop a video into the editing area after selecting it.

Select "Settings." A drop-down menu will appear after that.

Step 3: Select Fade out to black from the drop-down menu. The video will then fade to black.

It offers a straightforward interface that allows you to add transitions to video in minutes, even if you are new to video editing. Meanwhile, you have access to the great majority of transitions, such as Fade, Wipe, Blur, Zoom, Wrap, and so on. With a few simple clicks, you can simply alter and eliminate the transition.

You can use a variety of resources to enhance your film, including text animation, pre-made intro and outro videos, dazzling effects, royalty-free stock music, and more. Click the button below to get started right away.

Add your videos to the media section by uploading them.

Wherever you wish the Fade to Black effect to appear, click the "Transitions" button.

Select "Apply" from the drop-down menu. The Fade to Black transition has now been added to the video.

A fade to black effect is simple to implement, similar to the desktop.

Method 1: At the end of a project, fade to black 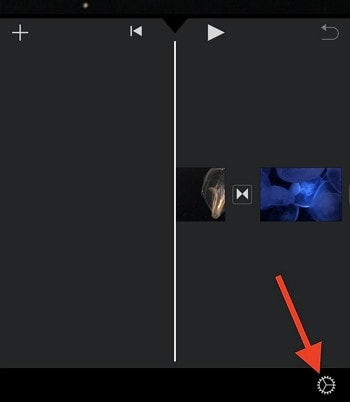 Step 1: Create a new project. Select the videos you require by tapping "Projects" at the top of your screen.

Go to the "Settings" menu. At the bottom-right corner of the screen, tap the gear symbol. Then a pop-up menu will appear.

Turn on the "Fade out to black" switch.