Download on the App Store
Get it on Google Play
Download
Download
Call us: +1-60-4343-8521
Mon-Fri 6:00 PM to 11:00 AM Pacific Time
International phone rates may be charged by your service provider
Filmora Video Editor
Change GIF Speed to Speed up or Slow down Easily
Try It Free Try It Free

The world is shifting, with more and more businesses and companies using online imagery and video content as a means of reaching their target audience and demographic wherever they may be - and GIF’s represent one of the biggest growing trends of the decade.

But not all GIF’s are perfect. Some react far too quickly, while some are very slow and clunky in their movement – with video editors and animators finding that simply changing the speed of a GIF can have a huge impact on the way it is viewed and used by consumers.

If you are looking for a gif editor that empowers you to create gifs better, you should try some desktop tools. Here I recommend you using Filmora to change gif speed and edit further.

Wondershare Filmora is an easy-to-use video editor for all creators. With its user-friendly interface, a wide range of editing tools, and tons of video effects, you can create videos and change the speed of gifs easily.

How To Change GIF Speed In Filmora Video Editor?

Below is a brief step by step tutorial about changing the speed of gif with Filmora. Click to get more details about how to convert and edit gifs with Filmora. 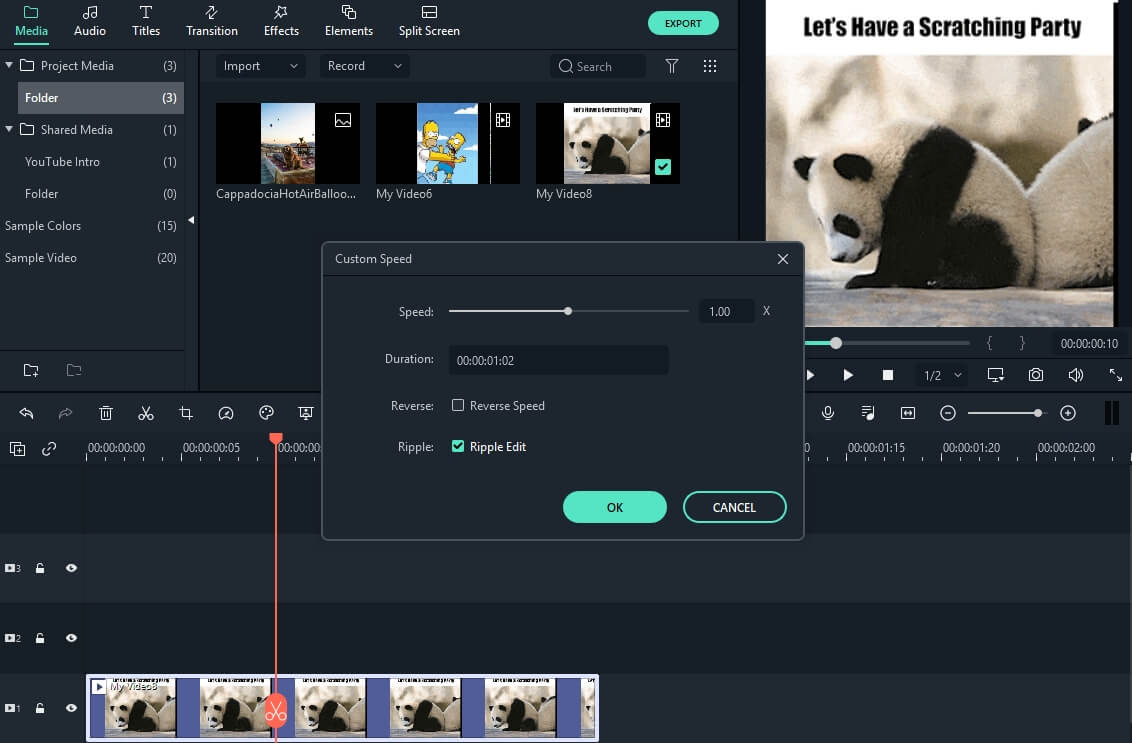 There are a few GIF speed changers which can be found online, free of charge, with varying levels of effectiveness and ease of usability dependent on the device you are using to create your GIF.

This online GIF speed editor offers all the usability of a basic Windows image or video editing program, but with all the technological expertise of a modern video editor. GIF’s can be edited as GIF’s or as MP4 files, and though the site takes a while to download the completed files, the end result is high in quality and creates a seamless pattern of movement. Other features include: 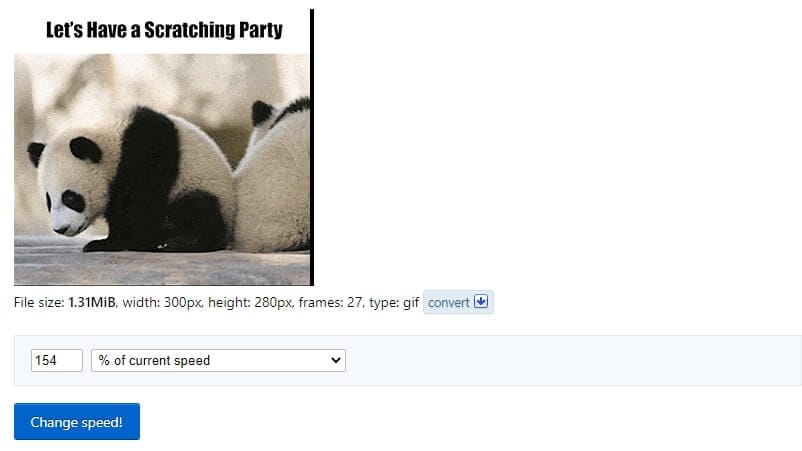 To change the speed of your GIF using EzGIF, visit this page https://ezgif.com/speed.

Once your GIF is uploaded to the free-to-use site, you can alter the percentage of current speed using a basic drop down – something which should always be altered based on the idea of 100% representing the original speed. Changing the percentage to 200% will make the GIF run 2x faster, and so on.

This site, found at https://www.veed.io/tools/gif-speed-changer is a great way of editing your GIF speed quickly and easily – using just a few basic steps. Once users have arrived on the site and clicked on the big blue ‘Get Started’ button, they will find themselves faced with a very simple upload tool.

From there the size, speed and colouring can be altered on their GIF, with the ability to add music also available. Changing the speed can be done using a selection of pre-programmed buttons – ranging from 0.5x (half the original speed) up to 2x (double the original speed). Users can also select the custom speed button and play around with a speed of their own making. 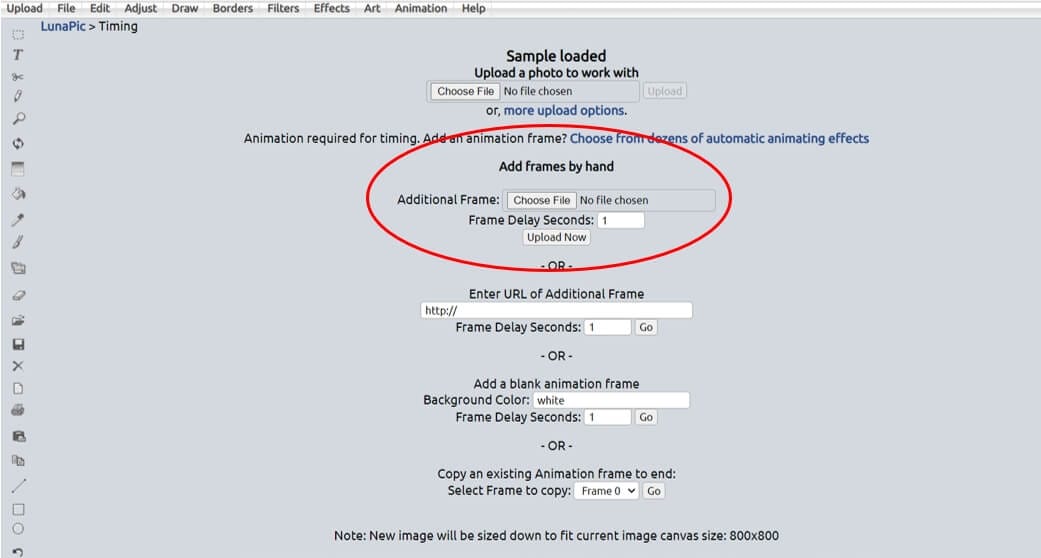 What we like about Lunapic is the way that the site allows us to change not only the GIF speed but also the order in which different images and visuals are presented – giving the user a chance to upload new content to add into their GIF or else simply adjust the speed and timing delay on the original clip. Users can add animation to certain aspects and parts of the video or image and can set the looping option of their GIF to start and end at any point – altering the way the end consumer views the starting image. The speeds included on the site may be determined in advance giving you a limited choice, but the range available means this isn’t too much of a problem. 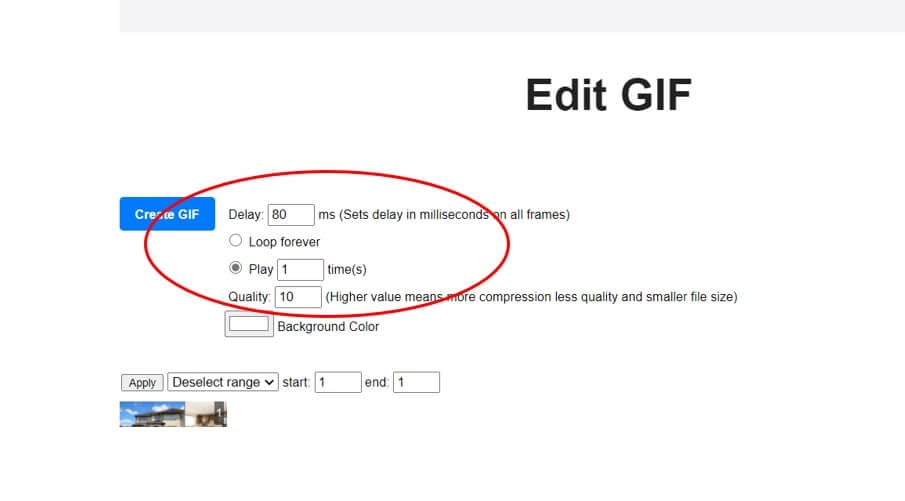 Cheesy website names aside, this online tool is super easy to use with a very basic user interface. Found through this site - https://www.gifgit.com/gif/edit - editing GIF’s is a simple case of uploading the GIF clip and using the Delay tool as a way of setting the speed using the delay of milliseconds on each frame. This number, in the example sitting at 80, refers to the number of milliseconds that will be spent on each frame of the GIF – with a lower number enabling the GIF to move faster while a larger delay number will make your GIF play much slower.

This site is good if you’re happy to experiment with a little trial and error!

As with many online tools, this site does come with limitations – however, in our opinion the vast range of customisable options and editing features outweigh the fact that your GIF’s can only be stored up to 4MB before you have to start paying. For the most part, this is a site which is ideal for those who are simply looking to edit one or two GIF’s – if you’re looking to make a habit of it, then you would be best looking at one of the other sites which offers more in terms of storage and free uses. 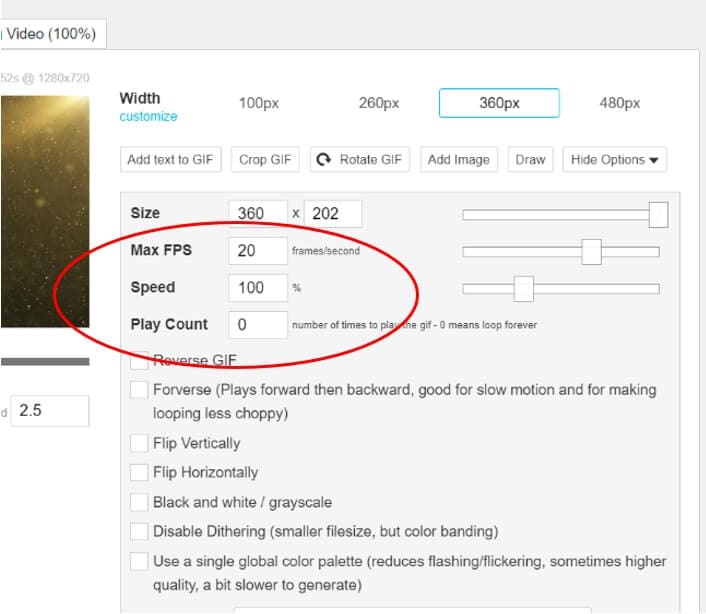 Get familiar with IMG Flip through this link - https://imgflip.com/gif-maker - and spend some time working through the different options available. To change the speed you simply need upload your clip and then adjust the speed as a percentage of the original clip – 100% being the starting point, with 200% running the GIF at twice the speed and 50% running it at half speed.

There is little that can’t be done on a smartphone in today’s world. Our phones are what we have with us at all times, and so it follows that any kind of editing we hope to do should be achievable using these portable devices – after all, modern smartphones are now fitted with cameras which surpass the capability of even some of the most expensive cameras on the market. So, which are the best GIF speed changers for phones?

We start with a simple one which can be found on the app store using any search for a GIF app. This particular app plays on the concept of building your own memes, giving users a chance to enhance their own comic value on platforms like WhatsApp and Facebook using their own images or multiple GIF’s strung together. We particularly love the fact that ImgPlay’s platform allows users to add their own text and emojis over the top of the visuals, completely personalising the end product and creating something which is unique for their own use. A simple slider tool allows for easy editing of the GIF speed, presenting an all-round great tool for beginners and experience GIF makers alike.

Available for both Android and iOS users 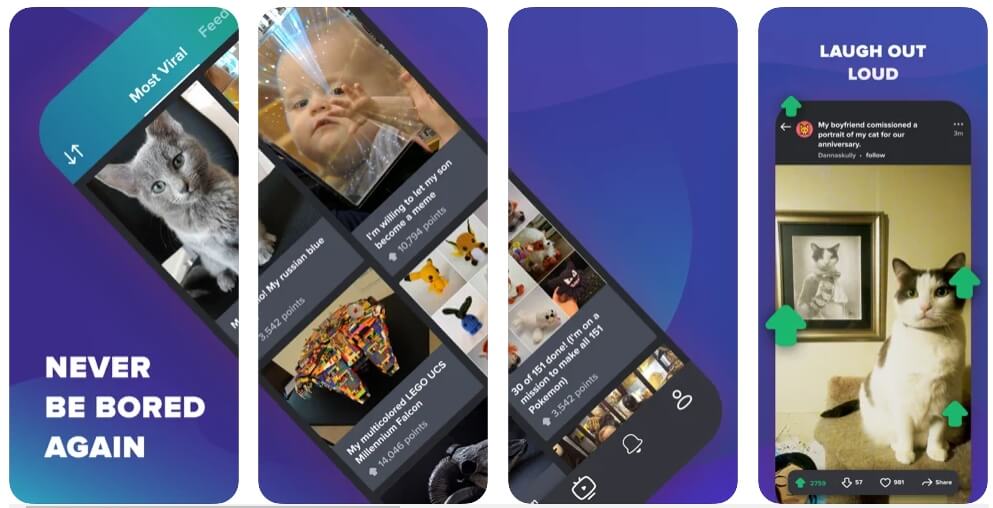 The Imgur app is one of the most popular GIF creation tools out there – offering users with a platform which allows them edit as many GIFs as they like, play with the speed of existing and new GIFs, and share their creations with other users who can share your designs and help you go viral. As much an online community as a GIF editing tool, Imgur could well be the new Instagram – if Instagram suddenly decided to wave goodbye to the influencers and adverts and make way for user built content and humorous motion videos instead!

This is a tool which supports the creation of GIFs using actions and movements which you capture on camera straight into the app. Opening the app, you simply select the camera feature and capture the movement or motion – before diving into the editing of speed, colour, appearance and overlays. A great tool which is instant to use and allows you to create funny and more serious GIFs depending on the movement you capture.

Launched as an iPhone tool

This platform is designed to allow users to edit and add to existing GIFs which they may want to adjust, add filters to and overlay with music. As with many of the other portable device tools created for Android and iPhone, the main features of this app are its user friendly interface and the fact that all GIFs created can be downloaded directly to the phone or uploaded straight to social media – depending on how the user intends to use their GIF.

One of the fastest tools both to understand and to use, GIF studio really lets you feel like you are in a proper video editing studio – even when using the limited screen size of your phone. Users can edit the speed on existing GIFs or can create new collages with multiple GIFs, benefitting from added animation and colour and visual effects without losing the quality of the original imagery or footage.

Can I slow down a GIF?

In short, yes. How you do this will depend on the platform you use, however for the most part, any platform which allows the GIF to be sped up will also allow you to slow it down.

How do you change the speed of a GIF in PowerPoint?

Unfortunately, there is no tool within PowerPoint that allows users to adjust the speed of an external GIF. The small animations and movements of images and words created and controlled within PowerPoint can be adjusted in the settings of each animation tool – however, at present, GIFs themselves are unable to be altered in PowerPoint itself.

This number refers to the frame control time, with most computer displays running at around 60fps. To adjust this number to 30fps, the user will need to enter the settings of the GIF and set the run time at 30 for a delay of 0.03 seconds on each frame.

Why is frame rate important in GIF animation and how do you change frame rate in GIF exportation?

Frame rate comes into play when watching back the GIF as a piece of complete footage – with frame rate affecting the overall smooth transition of the GIF from frame to frame and back to the beginning. If your frame rate isn’t controlled, the finish will be jumpy and won’t look good. When you move to convert and export your GIF, you will have an option to adjust the loop setting and timeline setting – as well as the frames per second. Setting this at 30 will provide you with a seamless and consistently high quality finish – perfect for your brand new GIF.

Thank you for your comment. We will review it within few days.
You May Also Like
Best Free GIF Loop Makers

Here are the best GIF loop maker tools for you to give expression to your creativity.