It's a tough task to choose the best total war games. Everyone has a favorite—the game that first introduced them to the series or allowed them to immerse themselves in a historical era they'd always been fascinated with. When you find a historical era you didn't even know much about, as I did through Shogun 2 & Three Kingdoms, it sparks your interest.

Warhammer 3 introduces survival combat, a fresh Three Kingdoms game is announced, Saga: Troy tries mythology on it for size, the franchise is expanding in more ways than ever before. Classics, though, are still available. One of the most compelling aspects is that, despite their differences, they all have a sense of cohesiveness. You can dive into anything and always find something in common.

For many individuals, Total War has a special place in their hearts, and it's always enjoyable to go back and play games from the series whenever the mood strikes. I'm constantly attracted back to films like Attila, Fall of the Samurai, and Rome 2, to name a few. Regardless of whatever one you favor, they all provide a similar combination of struggle and failure, conquest, and dominance.

The Best Total War games on their own are listed here. 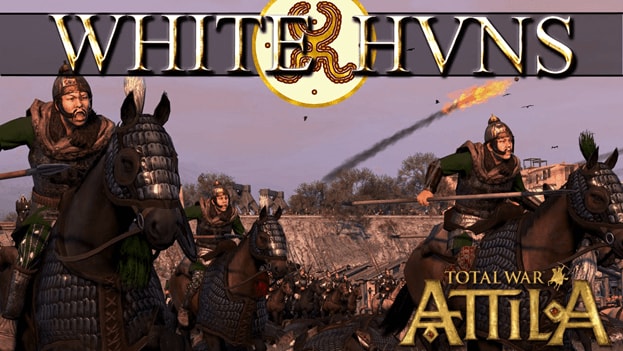 Napoleon aspired to be Attila the Hun. At the time of its release, Attila's primary goal was to fix Rome 2's flaws and stripped-down features, since it seemed like the game was going down the same road as Empire. Attila, on the other hand, proved to be more than that, because it not only reintroduced promised features but also innovated, iterated, and expanded the brand. 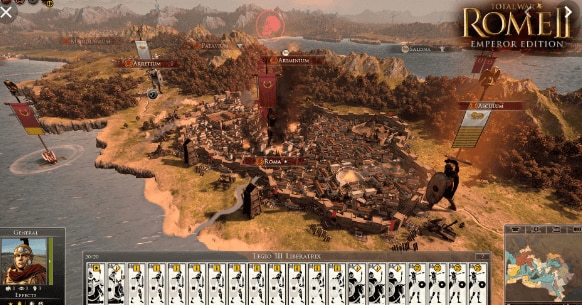 Unlike its predecessor, Rome 2, which was released in 2004, the time has been very kind with Rome 2 &, as a consequence, it may be called a surprise success for CA. Rome 2 had a disastrous debut, similar to Empire, and it took a year for it to become genuinely playable. CA, on the other hand, stuck it out and won their first genuine AAA Total War.

Apart from the largely forgotten rough launch problems and many contentious design choices, Rome 2 has left an unresolved black stain on the Total War series that still exists today: chronic feature stripping, particularly in multiplayer. Regardless, Rome 2 is a fascinating revisit to Ancient Rome, though it took a long time to get there—after all, Rome was not built in a day. 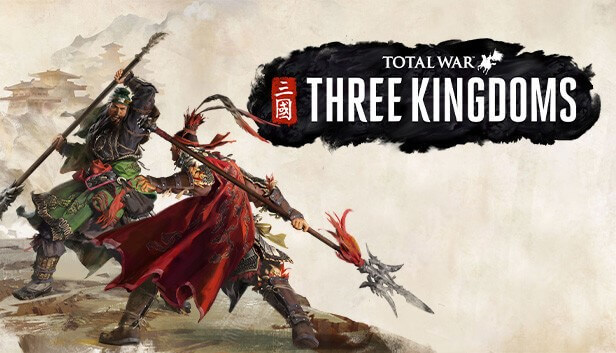 Three Kingdoms has been the most recent mainline of the best total war games, and in my opinion, it's also the most honest. The game devotes itself entirely to a dramatized, idealized, and cinematic depiction in Ancient Chinese history (the first in the series), relying mainly on the Love rather than the Three Kingdoms Records. I wouldn't be shocked if the upcoming best total war games took a more hands-on approach.

However, there are several flaws with it. Unfortunately, the tactical layer continues to be hampered by the simpler Thrones of Brittania's financial and building system, and the campaign is poorly paced owing to the campaign map's sheer vastness and stretched-out primary goals. The most serious problem is the absence of multiplayer service and support. Even though here is where CA may locate gold, it was almost dead when it arrived. Three Kingdoms is, in the end, a sprawling, rich, and thrilling retelling of a violent era in Chinese history. 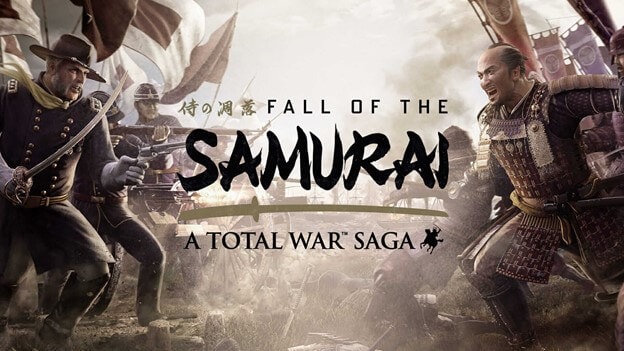 Ironically, the greatest Saga game was never intended to be a Saga game. Fall of the Samurai (later renamed as a Saga game) was released as a standalone addition for Shogun 2, transporting players to the lesser-known Meiji Restoration era in Japanese history, when pro-Imperial and pro-Shogunate armies fought for Japan's destiny.

As close-quarters oriented samurai fight against and besides modern firearms-equipped soldiers, the campaign's theme of tradition vs. modernity creates intriguing combat dynamics. This gives the tactical gameplay a fascinating twist and complexity that matches Shogun 2's meticulous balance. The fall of the Samurai is certainly worth checking out as a historical development and improvement of Shogun 2. 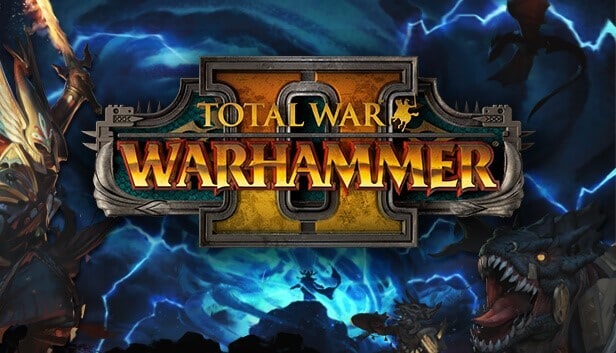 With a stronger narrative emphasis and more engaging factions and systems, Warhammer 2 builds on the original's legacy and influence of the best total war games series.

Warhammer 2 has all of the features that made Warhammer so popular, as well as tweaks to the balance and additional post-release material and updates. The Mortal Empires' adventure, which merges the strategic landscapes from the first and two seasons into one huge super campaign, is perhaps Warhammer 2's most significant feature. However, as a result of this, Warhammer 2 swallows the first, rendering Warhammer insignificant as a gaming experience.

This is a once-in-a-lifetime opportunity for any Warhammer enthusiast. What's also cool to see, particularly in the post-launch support, is that both CA & Games Workshop put out the effort to create new components, whether they're units, heroes, or mythology, and add them to the games, indicating a real interest in using this framework for franchise development. The multiplayer in Warhammer 2 is also very strong, although this is due more to a large number of generally well-defined and realized factions and races than to any specific improvements in the mode. 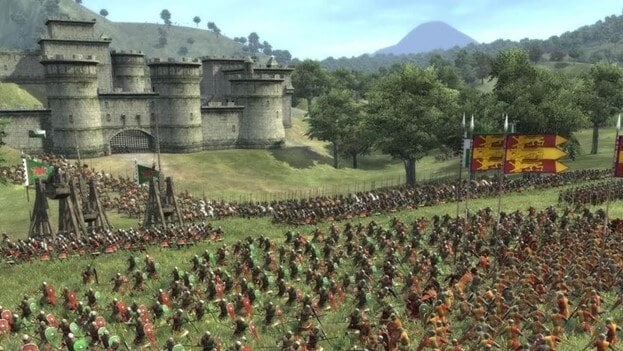 These last two entries are almost interchangeable since they are both excellent examples of best total war games, but because this is a ranking list, I'll offer a specific response. Medieval 2 is essentially the same game as Medieval 1, but with improved visuals, updated gameplay, and additional features. Who'd have guessed that would suffice?

Of course, Medieval 2 has many of the same flaws as Rome, such as bad AI and pathfinding, but because there was no remake, it remains a game set in its period that is still remarkable even when compared with some of the most recent best total war games. 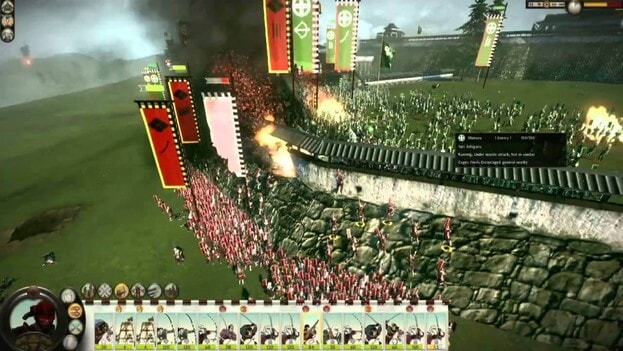 Finally, the apex of Total War, the meeting point and turning point among older and newer era Total Wars, and the example of Creative Assemblies at its height. While Shogun 2 isn't exactly a AAA cost game (I'd call it an AA or AA.5), it has the feel of one. Even though Shogun 2 lacks some of the previous games' large landscapes or faction variety, the general performance of the gameplay and features that interact with one another, as well as several quality-of-life improvements, making it the finest game within the list of best total war games.

The inclusion of the Avatar Invasion multiplayer mode was Shogun 2's biggest success, but it was not as busy or famous as that at launch. The game's already high quality in the tactical campaign and battles, coupled with a genuinely unique multiplayer structure, demonstrate that there is a happy medium between keeping what works and introducing something new. Total Wars in the modern era have failed to achieve the same heights as Shogun 2. This game is recommended not only as a fantastic Total War game, but as a fantastic strategy game that will go down in history.

• Even beginners can benefit from these tutorials.