For a film and video production to go smooth, the film shot list plays a significant role. A filmmaking shot list comprises extensive camera shots that need to be captured in the production house. The film shots list acts as a blueprint to give details of the shots for the day to the crew.

The article presents the basics of a film shotslist and how to create one. So, let us begin!

What is a shot list? It is the first concern that will be addressed in the section. A film shot list template maps out everything that would happen in a scene, movie, or video. It also describes every shot while mentioning the characters. The cinematic shots list is made in collaboration with the director, cinematographer, and assistant directors. 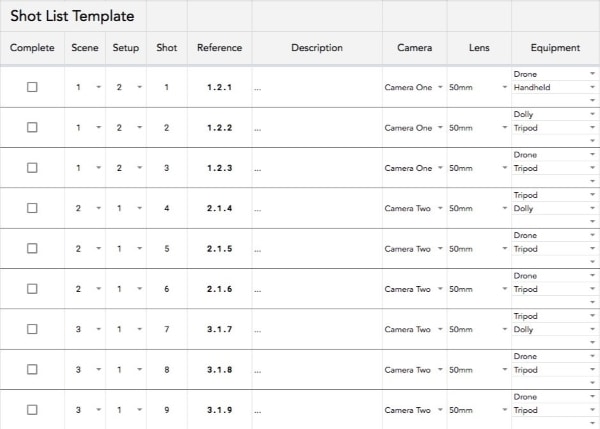 When it comes to the schedule for the day, an extensive list of camera shots brings order to the set. It includes shot type, camera movement, script number, positioning of characters, names of characters, camera angle, and audio equipment.

There are different types of film shots, and a reason is associated with their usage. The question arises why films need a shot list. The section shall reflect on this concern extensively.

The film shots list creates a connection between the storyboard and technical steps. It brings vision to life and develops a sequence.

An organization and order are achieved through a cinematic shot list. Moreover, time is saved, which in return limits the wastage of resources.

A film shot list keeps film production and media players on track, showing the complete shooting schedule. It helps them to be always ready to roll.

The crew members know the most efficient shooting schedule with different wide shots and close-up angles. So if a scene is skipped or lost for any reason, the media players can save time and create the shot again in seconds.

A clearly defined and sequenced video shot list ensures that nothing slips through the crack and every shot is performed successfully. If you want to create a film shot list, the section has got you covered. 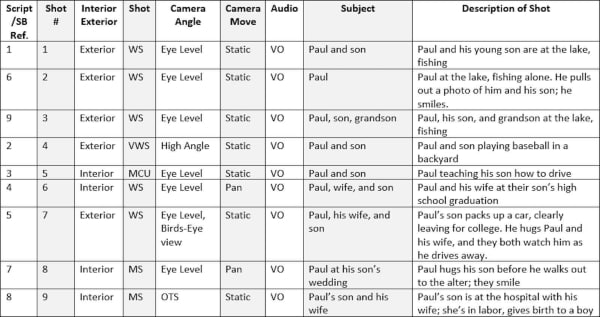 The coordinators can start the process by listing the primary and secondary scenes of the shot. The addition of reference images improves the output as the crew members understand what the directors need.

The following step is the more significant part of establishing shot lists. It includes details that make up a shot. For instance, location, camera position, shot size, or camera angle.

Bringing extra details of types of movie shots can eliminate stress on the day of the shoot. You can insert the tone, composition, mood, and different camera orientations. These various reminders ensure that nothing is lost in the translation. Moreover, a gear list also provides that the crew is fully prepared for the shot. The gear list constitutes all the camera-related equipment, such as a battery.

Now that the steps mentioned above are performed, one can organize the sequence of the movie shots. The group-related shots bring structure to the scenes, and one can work consistently without wasting any time.

Another critical step is sharing the film shots list with all the crew members. Only one member prepares the shot list, and it is mandatory to keep everyone on the same page.In this way, other players can suggest some changes and remove/add items to the list.

Step 6: Accessibility to All

The crew members can have printed film shots lists as well as digital ones. It helps eliminate any confusion in the field and offers productivity.

The social media networking websites do need a video shot list by all means. If you are shooting anything involving a camera, establishing a shots list wouldn’t be a bad idea. The section comprises reasons that make all YouTubers, Instagrammers, and Facebook users create a film shot list.

Sound and Voice in Video

Establishing shots list is necessary on social media because most people scroll through the feed without sound. Developing a movie shots list that sends the message across with and without sound is crucial.

The social media account holder should make sure that the lighting of the video is perfect. The video shot list incorporates how different lighting types can turn the random video into a professional one.

Planning the activities of the day makes the shooting process frictionless. Professional vloggers and bloggers can adopt a film shot list to avoid complications on the shooting day.

Reviewing the location and weather before the shoot day helps the bloggers plan accordingly. They can plan their outfits and stay one step ahead. All of this process is performed by preparing a detailed film shots list.

Wondershare Filmora has changed the narrative of video editors all around the world. Offering insightful animations, vibrant transitions and effects, unique elements, and classic text, Filmora presents all you need under one platform.

The section covers some tips and easy hacks brought by Filmora to film at home productively.

Playing with light is essential so that the right amount of light reflects from the subject. The DIY light flag helps in this context. A flag is a thick piece of cloth that doesn’t reflect light. Set the flag on a film to absorb and shape light. Use cardboard and a black shirt to create the flag and control the filming in your favor. 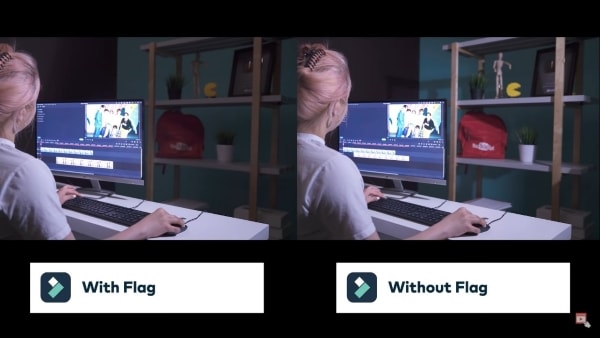 To shape and block light, the black wrap is extensively used. Household aluminum foil can be used as an alternative. Cover the light bulb with aluminum foil and install it on the clamp. Essentially, the light source reduces and helps in filming small parts of the subject.

A reflector redirects light to the surface. Aluminum foil has a reflective surface when exposed to a flat surface. To create a DIY light reflector, take cardboard and wrap the foil without making any creases. 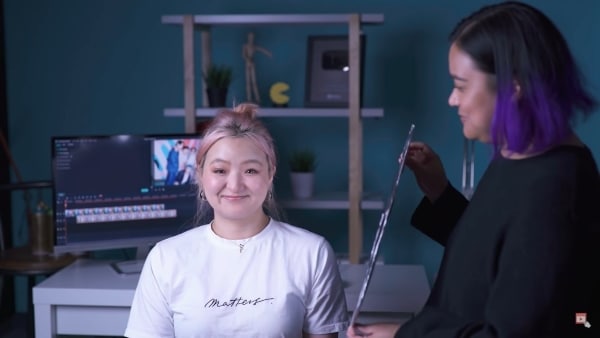 The LED light strips limit broad light when spread in a straight orientation. But DIY LED panel uses cardboard and LED strips to develop a broader light source for practical filming at home. 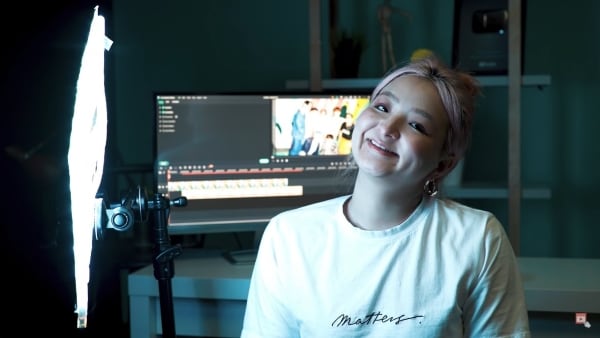 The light can be diffused if too much lighting is ruining the project. The DIY light diffuser comes to the rescue. The light diffusers reduce harsh shadows and develop soft lighting. Use a transparent dust mat and cover the LED panel with it.

The organization of work timelines and schedules is vital in the corporate world as well as the media industry. The film shots list serves as a blueprint to inform the crew about the details of shots and scenes.

Wondershare Filmora helps the user play with lighting for practical filming at home. Use the tool anywhere to bring revolution to your personal and professional world.