Have you ever seen a shot in a movie where two or more characters are shown from different times and locations, symbolizing relatable content to each other? It is parallel editing which started in late 1907. The parallel editing develops a narrative that the viewer can compare and contrast.

The article covers the basics of parallel editing in film, why it is so prevalent in the media industry, and when to use it. So, let us start!

Part 1: What is Parallel Editing?

The understanding of parallel editing definition plays a significant role in bringing revolution to the production house. The section shall address the concern "what is parallel editing" and review the foundation of this filmmaking technique.

Parallel editing is a video editing technique where separate scenarios are under-cut together to showcase a storyline from different perspectives. As excessively used in post-production, the tool acts as a storytelling tactic that conveys the story from various parallels affecting the film's central theme. 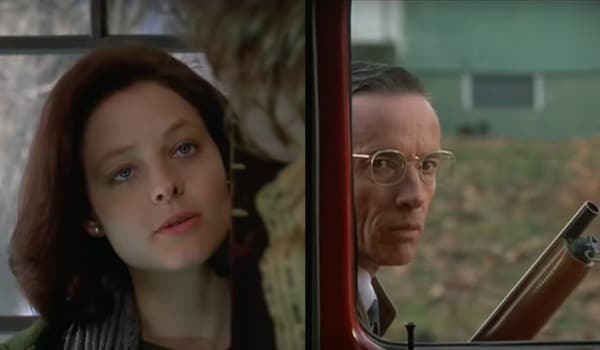 Additionally, parallel editing is also called a cross-cutting technique. There are multiple purposes for incorporating the phenomena in film. For once, it intensifies the action in a scene and develops a context between different film players.

Along with this, parallel editing in film connects two storylines and brings meaning to the characters. The tension, suspense, and dramatic effect are ensured through parallel editing effortlessly.

Part 2: Why Parallel Editing is so Popular in Films?

The importance of parallel editing in films cannot be underestimated. As an effective filmmaking technique, parallel editing can be put to use for various reasons. Its popularity knows no limits, and big production houses are using them to bring revolution to the world. The section reflects upon the reasons for its operation in movies.

Using the parallel editing technique in films helps the editor jump from one location to another or move backward and forward to deepen the storyline. Essentially, the movement from one character to another in a parallel universe brings meaning to the story and helps the audience relate.

The use of parallel editing in film speeds up a slow scene's pacing by inter-cutting it with a more action-packed scene. A sequence of drama brings the film up to speed and makes it more thrilling for the audience. A parallel edit that comes up with a split-screen shows twice as much information in halftime compared to separate scenes.

A good parallel editing example is a 1972 film, The Godfather. The lead hero Michael Corleone came to attend the baptism of his nephew while a string of murderers was in action in the ceremony. The display was full of thrill and drama, and an intensity compelled the audience to be on the edge of their seats. 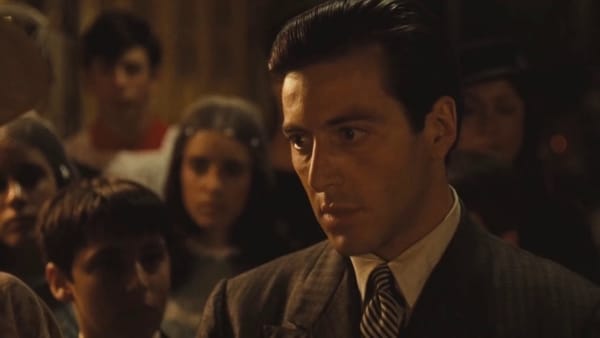 Parallel editing in film is used to showcase various contrasting viewpoints. It establishes a story and gives meaning to the theme of the movie. The close-up intercuts followed by long shots convey the message in the most serene fashion possible.

One striking parallel editing examplefor juxtaposition is a 1909 film by D.W. Griffith. The parallel editing technique was used in the movie to contrast scenes of wealthy businessmen with people waiting in line to get bread. Cinematography can also be put to use to present a juxtaposition scenario in a movie. 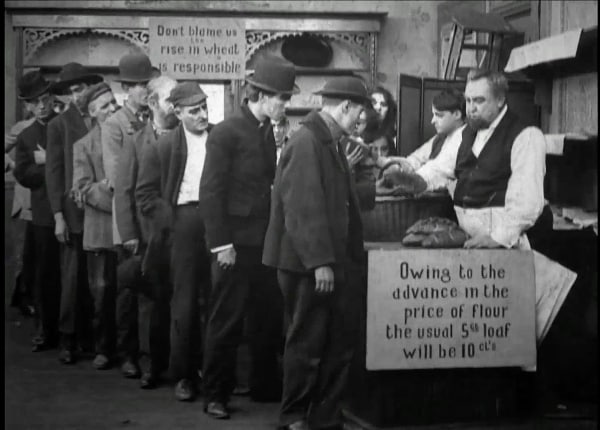 Adding suspense, mystery, and thrill to a scene works favor the directors and producers as it makes the audience stick to the screen. Cutting in and out of the scenes builds suspense. People are left inquiring about what happens next and if their favorite player died or not. Misdirecting people to showcase the opposite of reality also creates suspense and tension.

A workable parallel editing example is a 1991 Jonathan Demme film, The Silence of the Lambs. The scene reflects on the FBI agents surrounding the building, where a serial killer is all set to murder the victim. The parallel editing tactic was used to show that the FBI was in a different location thus, misguiding the audience and creating tension in the scene. 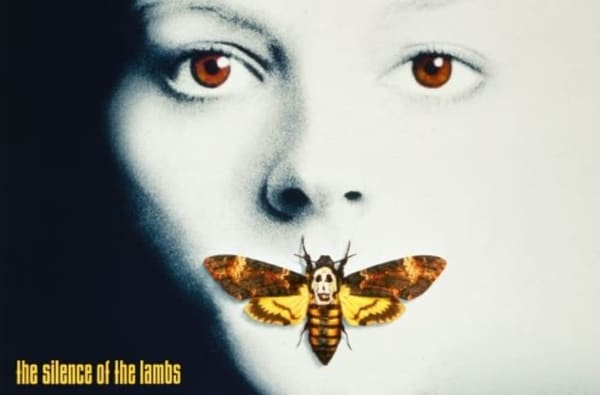 Part 3: When Should You Use Parallel Editing?

Knowing when to apply parallel editing is also an important thing to know. The section introduces when the tactic should be used in a media project.

Parallel editing is used to intensify the scene and make the audience stick their eyes to the screen. It is a key to making action movies and offering the audience what they need.

The two stories are easily connected using parallel editing in films. The cross-cutting between the two scenes portrays the impression of the plot in the most effortless manner.

To show contrasting viewpoints between two locations, parallel editing should be used. It brings meaning to the storyline and intensifies the message of the movie plot.

Parallel editing creates a paradox in the film and misguides the masses to think contradictory to reality. It plays a significant role in grabbing the attention of the audience.

Bonus Tips: Tutorial About How To Create Alternate Reality Effect in Filmora X

Wondershare Filmora is known in the market as a video editor tool that lets the players bring their imagination to life. Multiple effects, animations, elements, and text are added to the video to create a narrative. Millions of people use the "Motion Tracking" feature in personal as well as professional life.

To know how to create alternate reality effects in Filmora, follow our lead.

Launch Wondershare Filmora and drop the targeted video to the timeline. Navigate to the "Effects" tab and click on "Utility" from the left panel that pops up. Choose "Image Mask" and drag it to the footage. 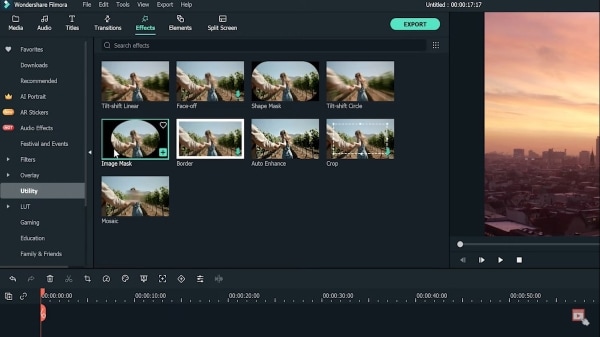 Double click on the footage to adjust the effect. Hit "Video Effects" and pick a shape. Set the feather number to 100. Now, navigate to the "Transform" section and adjust the orientation of the footage. 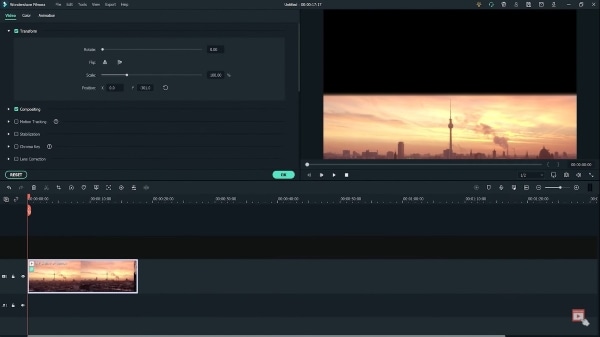 Step 3: Adding Effects to the Footage 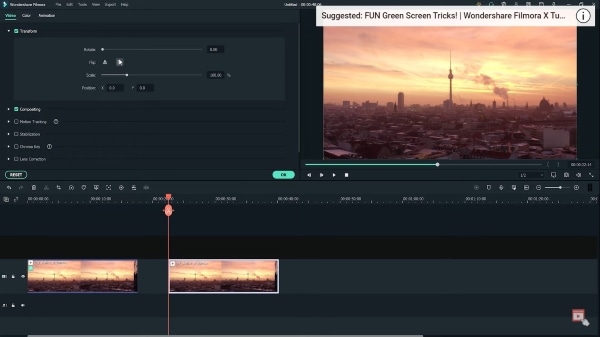 Double click on the new footage so that settings can be activated. This time choose the opposite mask shape and change the feather number to 100. Drag the second footage to bring it to the second video track and align it with the first one. 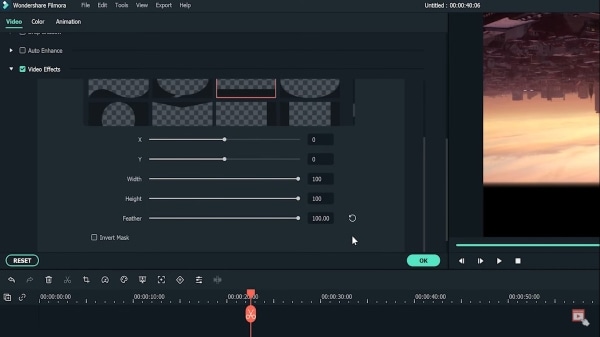 Step 5: Changing the Rotation and Scale

Again, double-click on the second footage. Move on to the "Transform" section to adjust the orientation of the footage. Preview the video if it looks like you wanted. Additionally, double click on the first video footage and navigate to "Animations." Hit "Customize" 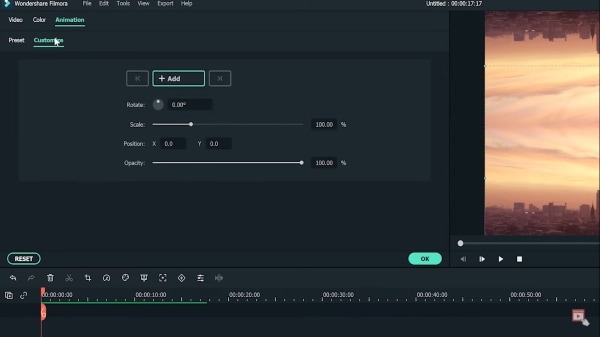 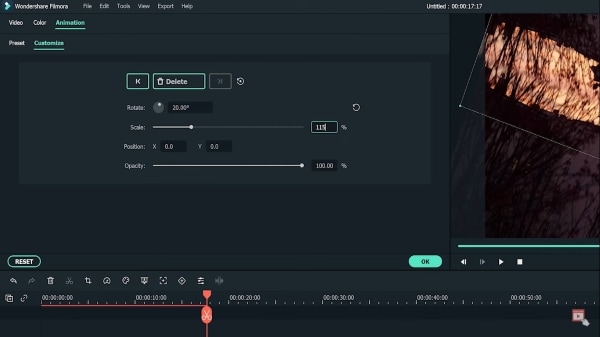 Parallel editing has its pros in the field. It brings the anticipated thrill to the movie, making it watchable for mystery fanatics. However, it is crucial to know when to add the technique.

Wondershare Filmora helps users in a diverse range of functions in the media industry. If your genre is sci-fi, Filmora lets you create alternate reality effects in seconds.