The Battle Royale gaming genre has undoubtedly grown in popularity over the past few years. As dozens of players swarm onto the map to take on the last opponent, it is clear that this genre is here to stay. The majority of Battle Royale games start with good old shooting points, but some are more creative and introduce new techniques.

In addition to being unpredictable, exhilarating, and attractive, battle royale games also offer a great fight royale experience. There are different mechanics in each of the BR games, but they all share the same concept; survive until you or your team are the last one standing. Depending on how good you are, you may choose to either hide and take passive fights or engage your enemies in gunfire.

In this article, we will provide you with a list of some of the best battle royal games that you must try today. Every game in the list is hand-picked after careful consideration of the needs of the gamers. So, without wasting any time let’s get to our main topic. 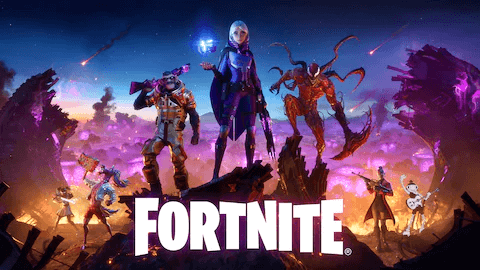 In terms of popularity, Fornite is the face of the Battle Royale genre. Fortnite isn't stopping anytime soon, considering its explosive popularity since the launch of the game and the new content that comes with each release. As well as cross-play, Fortnite gives players the option to turn it on or off.

There are 100 players dropped onto the map in Fortnite matches, either as a duo, together or as a small team. Your objective is to survive as long as you can. The Fortnite game gives players guns, vehicles, and other items that they can use to build barriers to protect themselves.

• It's free and works on a wide range of devices.

• Simplicity and immersion are key characteristics of this game. In multiplayer game, players can switch between games as often as they like, making long sessions much more enjoyable.

• Aside from the attractive design, it features weekly challenges and updates.

• To unlock rewards, the V-bucks in-game currency is used. 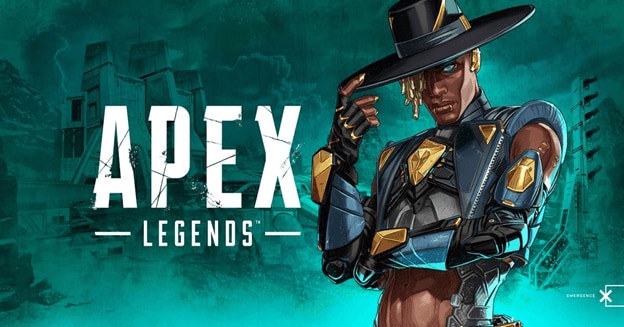 Platforms: PC, PS4, Xbox One, Nintendo Switch (Coming to Android and iOS in 2022)

A battle royale game that has been a huge success since it launched. Apex Legends is one of the top games on our list. Despite borrowing many elements from its contemporaries, it has unique features of its own, like its Legends, where each has its own personality and gameplay mechanics that distinguish it from the rest. In addition to using engaging seasonal content, Apex Legends also features in-game events that engage players.

The thing that puts Apex above the rest is its fast-paced, high-quality gameplay that is unlike any other. It is undoubtedly the best of its kind thanks to its focus on storytelling and fluid gameplay. As soon as you get used to Apex Legends' movement, you won't be able to play other slower-paced battle royale games.

• Combat that moves at a breakneck pace.

• The best movement in the industry.

• Hero characters give the battle royale genre an interesting twist.

• There is something unique about every Legend.

• Using Ping, you can communicate with anyone, anywhere.

• You can play it for free. 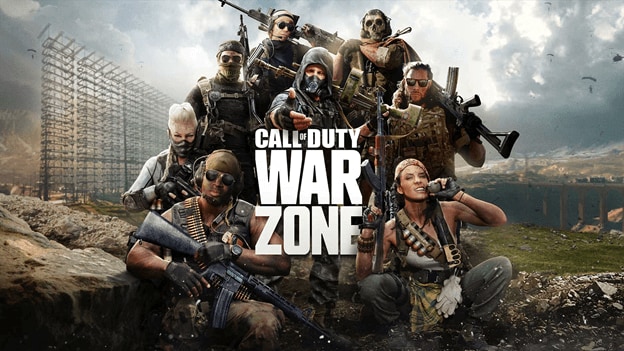 The world we live in exhibits a remarkable timeline, one where an extremely popular video game can be played for free, is published by Activision and is based on a potentially huge franchise. We live in such a remarkable world. With a few tricks up its sleeve, Call of Duty: Warzone enters the battle royale fray of competitive multiplayer games.

Warzone is based on the 2019 reboot of Modern Warfare. In addition, to respawn matches, loadout kits, and other unique battle royale elements differentiate Warzone from its competitors and greatly impact its gameplay. It is hit-or-miss in terms of these additions, but the package as a whole is quite polished. Although it is referred to as a battle royale game, Warzone will appeal to traditional first-person shooter fans.

• Map with a lot of information.

• Gunplay that is fast and responsive.

• Since there are so many players and there are frequent skirmishes, you can gain something from virtually every match. 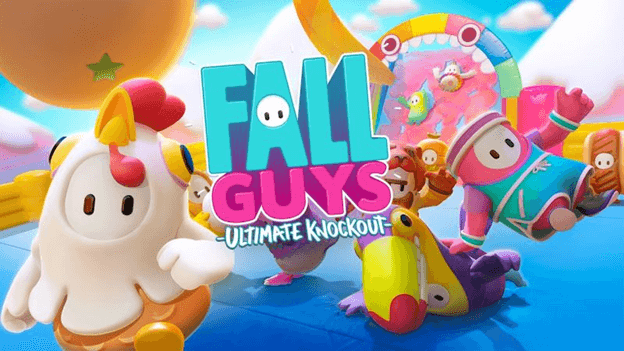 It's the way Fall Guys: Ultimate Knockout accommodates all players that make it so great. Despite that, this game is extremely enjoyable even if you're not a professional gamer. You can expect to see up to 60 players battling each other for supremacy in this game. As you move through the mini-game rounds, fewer players make the cut, and eventually, there's only one.

You'll run, jump, and climb across obstacles in this game, but its quirky presentation makes the experience all the more appealing. One of the best battle royale games out there is Fall Guy, thanks to the colorful characters and the exciting gameplay.

• Playing this game is simple and addictive.

• The design is colorful and friendly for everyone.

• A structure that rewards round-based performance. 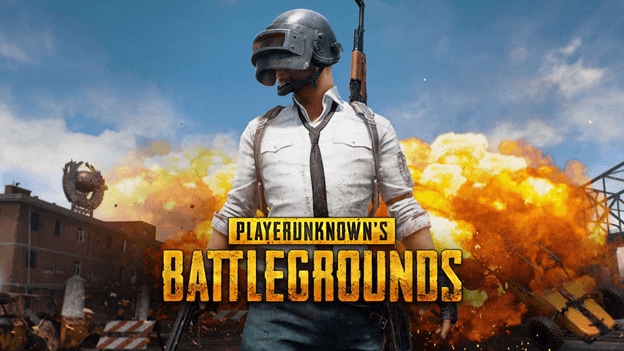 All Battle Royale games have an interesting origin story, but PlayerUnknown's Battlegrounds, or PUBG, has a particularly intriguing story. Before being licensed by Sony Online Entertainment for use in H1Z1, PUBG began as an Arma 2 and Arma 3 mod. Bluehole Studio hired Brendan Greene as a Creative Director of PUBG. This was when PUBG became PUBG.

A feature boasted by its biggest rival, PUBG lacks the capability of cross-platform play. Players can participate in 100-person sessions in PUBG, and play alone, with a friend, or with a squad of four. It's imperative that you land where you want after you drop from a plane to start the game, as you need to find armor, weapons, vehicles, and other items that'll keep you alive when you meet other players.

• This is a novel concept for a battle royale. 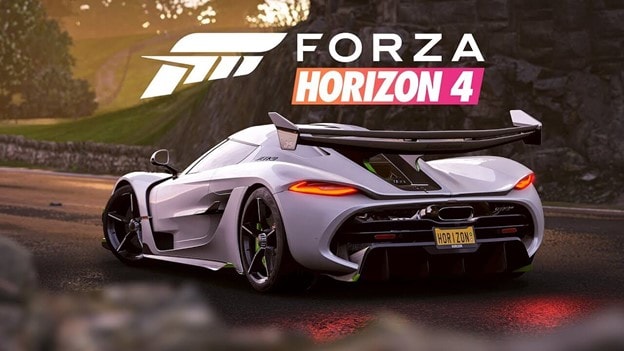 Forza Horizon 4 is not a Battle Royale game, but its new Eliminator mode adds a level of similarity. In The Eliminator, 72 players compete to be the last person standing as the zone closes in around them.

Into the mix comes Forza Horizon 5, which features a huge open world and some stunning scenery from Mexico. Cross-platform support is also available in Forza Horizon 4, though only for Windows and Xbox.

• An open-world full of activities and stunning visuals.

• Amazing variety and depth of detail.

• Almost as good as ever, with so many vehicles to unlock.

• It gives the impression that the world is dynamic because of online functionality. 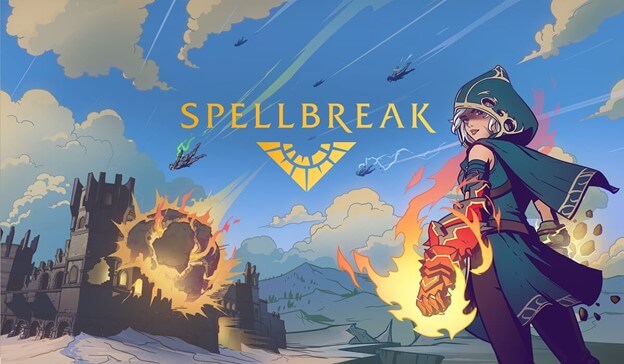 Battle Royale fans will enjoy Spellbreak. A multiplayer shooter allows dozens of players to battle it out on an ever-shrinking battlefield filled with weapons. Using a violent, magical aesthetic instead of a violent, military aesthetic, Spellbreak makes a great change.

The game is played using elemental spells in place of guns. You can combine these powers into devastating attacks by upgrading them to stronger versions. A cloud of poison gas can be set ablaze to create a satisfying effect. Players can move freely in Spellbreak, which turns skirmishes into heroic fights along with explosive combat. Want to retreat for a while? Simply release a bolt of lightning.

• A system for creating magic combats.

• The art style is very post-apocalyptic and fantasy-like.

• Profiles and cross-platform multiplayer are carried over. 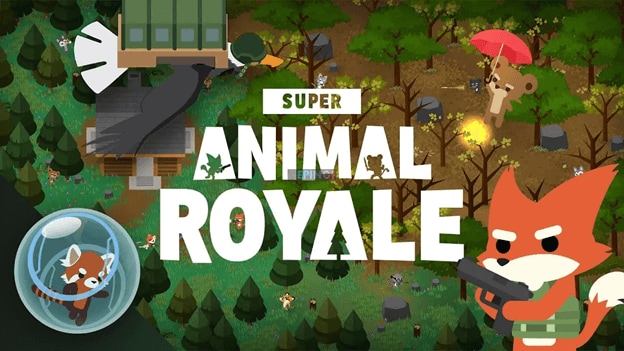 A great battle royale game that is free to play is Super Animal Royale. The game features abandoned safari park animals fighting each other with claws and guns instead of humanoid operators. The developers of Super Animal Royale have done an excellent job for an independent game.

The game can be played on almost every platform. PlayStation 4, PlayStation 5, Xbox One, Xbox Series X/S, macOS, PC, Google Stadia, and Nintendo Switch are all compatible with the game. Super Animal Royale supports cross-platform play as well.

• The visuals are awesome.

• There is a lot of customization available.

• There are plenty of unique ideas. 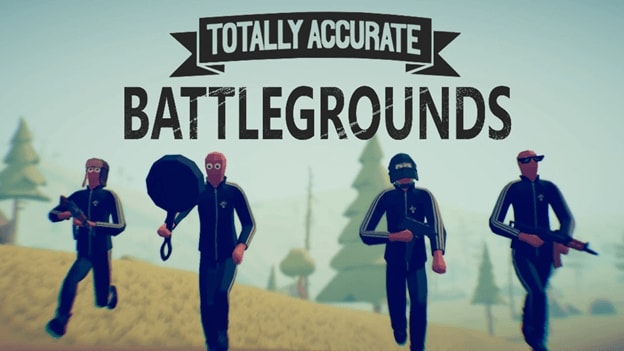 The next game takes a silly approach to the formula, and we're glad it exists. It's a comedic shooter parody that targets serious shooter franchises like PUBG (hence the name). There are up to 60 players in lobbies, so obviously, you've got to be the last team standing. When shot, players are ragdolled to oblivion, which adds to the humor.

It is an ambitious, chaotic work, with crude artwork, over-the-top weapons and items, and a wonderfully chaotic premise. A good first-person shooting game ties the whole thing together, so it's difficult to put it down. Its design ensures that the gameplay never feels like it is pushed to the background by the jokes, which speaks volumes about the game.

• Multiplayer action that is addicting.

• Support from a large community of developers.

• Each match is unique due to unpredictable variables. 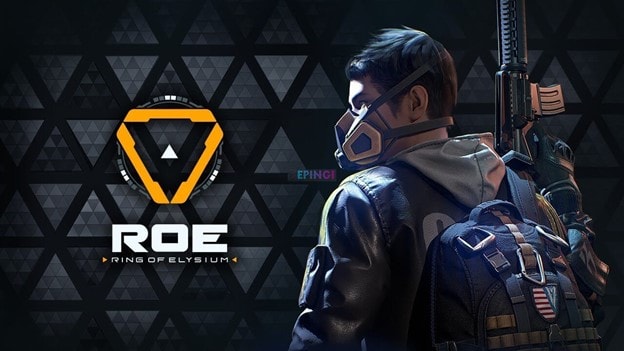 The Battle Royale game Kicking Things Off capitalizes on the popularity of the genre but comes with enough uniqueness to stand out. In addition to snowboards, hang gliders, and even grappling hooks for getting around the map, its main standout feature is how you move around it.

Each successive season of the game has had a different weather type, setting, and even volcanic ash to overcome for you. Season 1 was snow-themed, but other seasons have focused on storms and even nuclear power plants. During the final moments of a game, Ring of Elysium also features a rescue helicopter that allows up to four players to make it to the end - resulting in some tense moments. It's not perfect, but it's still a blast.

• World-building and graphics are beautiful.

• Play in a variety of ways.

• Battle Royale in a different light.

Those are our recommendations for the 10 best battle royale games you can play this year on Xbox One, PlayStation 4, and PC, among other platforms. No doubt there are many more. In order to avoid confusion, we narrowed our list to the top 10 battle royale games.