10 Best Inspirational Movies That Will Bring You Hope and Power

The inspiring background movies motivate you effortlessly. The article offers the top 10 inspiring movies with their basic information and several recommended sites for inspirational background music.

The motivation cannot only be accessed through books. The film industry is making motivational and inspirational movies to make the audience recall their goals and get serious about them. Additionally, apart from solid content, inspirational music is equally important.

Resultantly, the article recommends three tremendous websites to download inspiring background music without copyrights issue. Moreover, the top ten electrifying movies shall also be part of this write-up. So, let us begin! Shall we?

Part 1: 10 Trendy Inspirational Movies That Will Make You Feel Empowered

The sub-section of the article gives the audience some uplifting movies to create a stir in their personality. So, what are we waiting for? Time to begin! 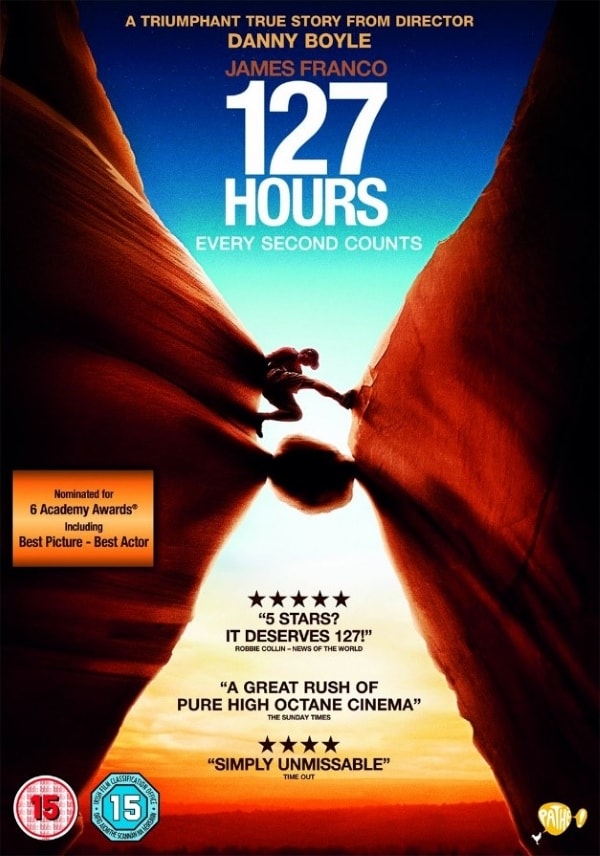 Famous Quote: "No. I need to keep going."

127 Hours is a heart-wrenching and must-watch movie that brings tears down your eyes while inspiring you. The content is about a survival process where Aaron gets trapped in a canyon while he is hiking in Utah. He has two options either to amputate his hand or die. 127 hours is the time he struggles to keep going.

2. Eternal Sunshine of the Spotless Mind 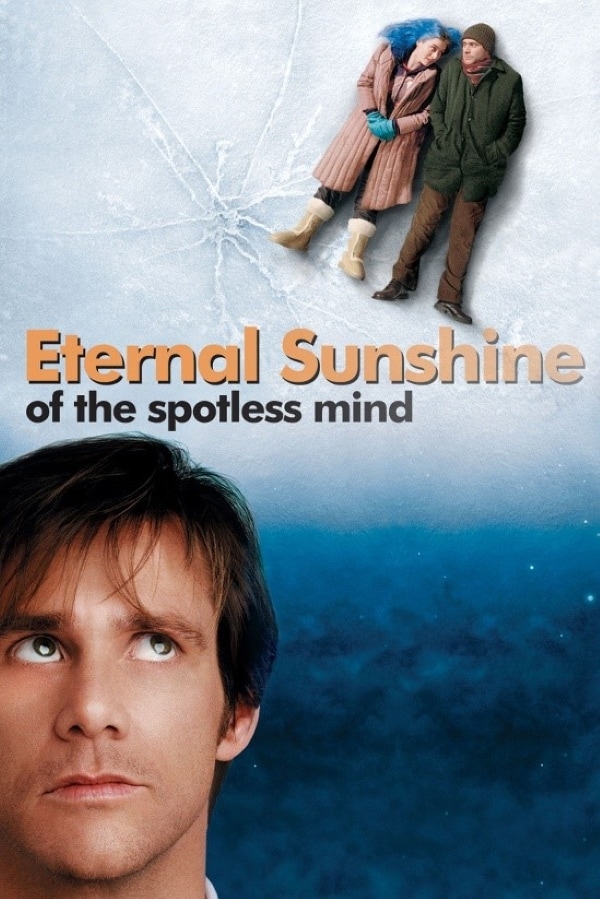 Eternal Sunshine of the Spotless Mind is yet another promising movie that showcases the breakup of a couple who met on the train. Clementine undergoes a clinical process to forget all the memories of her boyfriend. However, the process couldn't bore any desirable results and took the couple to a different phase of their life. 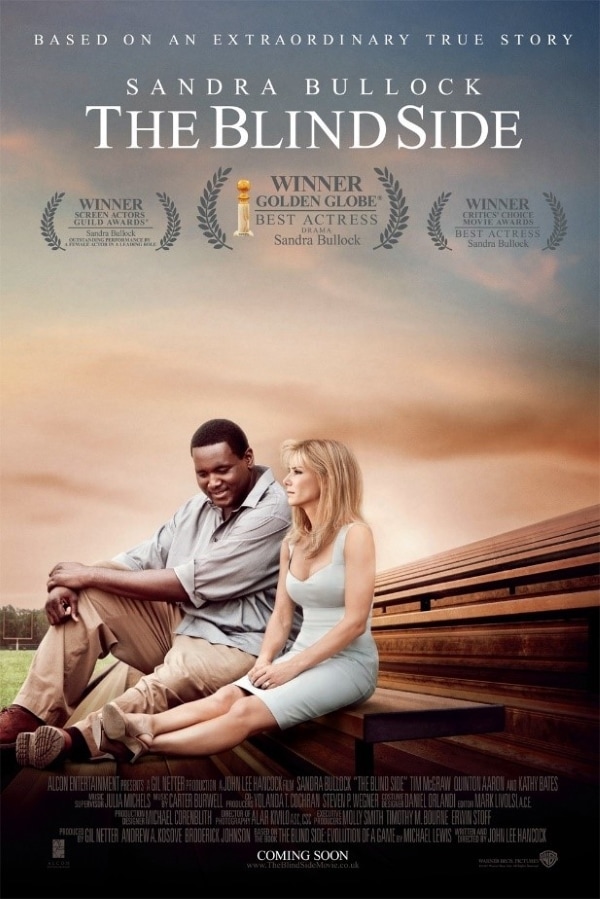 The Blind Side is a story about a traumatized and homeless boy who gets adopted by a Caucasian family. The family tries their best to help him overcome his learning difficulties and excel in American football. 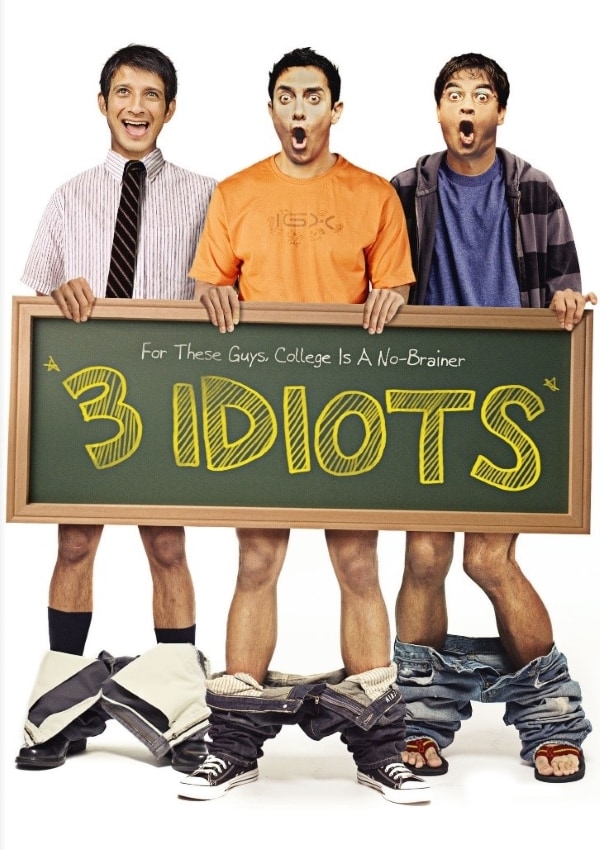 Famous Quote: "Life is a race. If you don't run fast, you will be like a broken egg."

3 Idiots clarifies the importance of choosing a career that has nothing to do with society's pressure. It offers a motivational storyline that inspires the audience to pursue a career that might be less-paying but brings comfort. 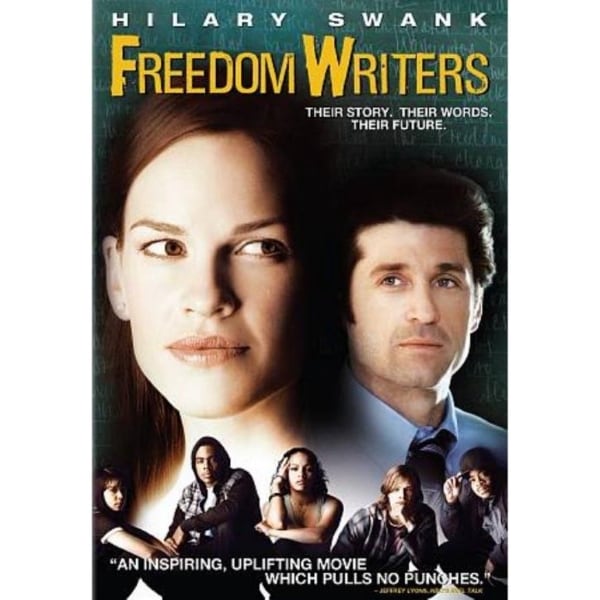 Famous Quote: "Don't be afraid to be what you are, cause all you can be is you."

Freedom Writers is an electrifying movie about at-risk students who are racially divided. Their professor Erin unites them and teaches them tolerance to pursue higher education and get out of racial war.

6. The Pursuit of Happyness 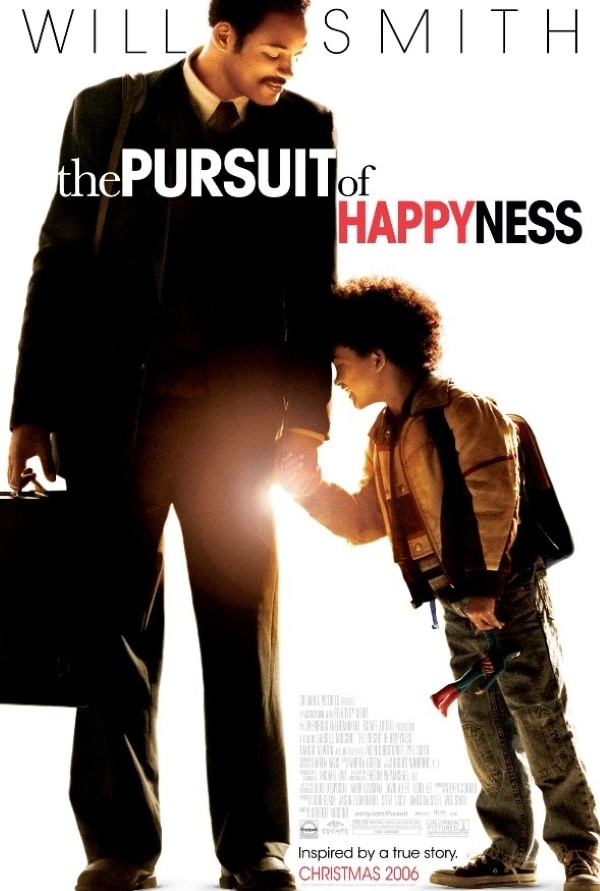 Famous Quote: "Hey. Don't ever let somebody tell you that you can't do something. Not even me. All right?"

The Pursuit of Happyness is a sigh of fresh air as it motivates the audience to continue fighting towards your goals. The story is about a father struggling to create a great life for his kid. With no shelter and an unpaid internship, Will Smith displays determination and survival kits for the viewers. 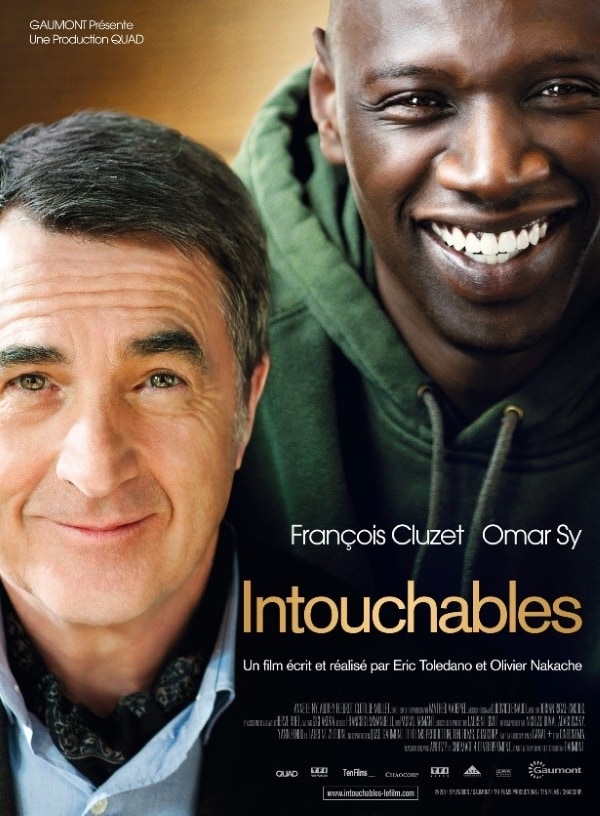 The Intouchables is a biography and an inspiring movie famous due to charismatic performances. The movie is about a strange friendship between a street immigrant, Driss, and a quadriplegic French nobleman, Phillippe. Driss is hired to be the caretaker of Phillippe as he recently faced a paragliding incident. 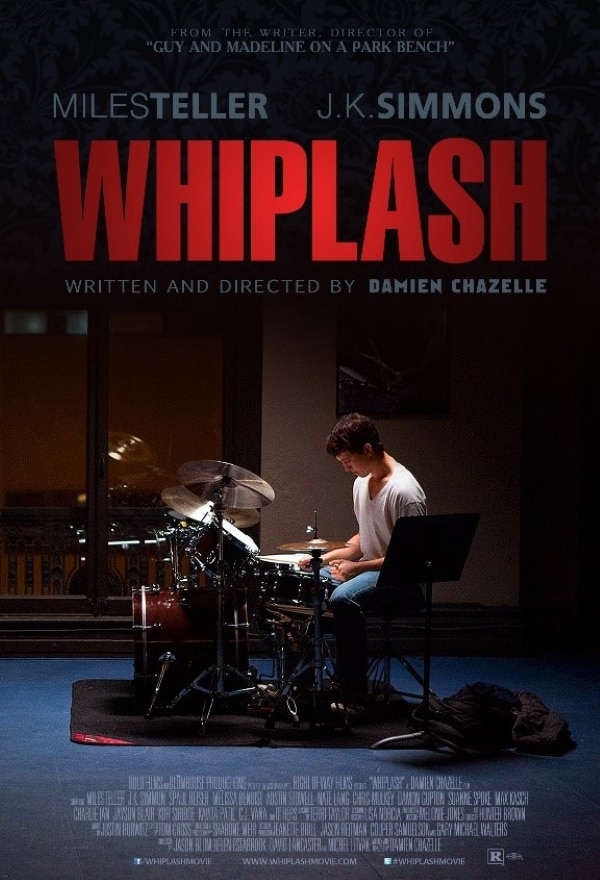 Famous Quote: "I'd rather die drunk, broke at 34, and have people at a dinner table talk about me than live to be rich and sober at 90, and nobody remembers who I was."

Whiplash is a powerful and inspirational movie with a promising young drummer who wants to ace the world with his skills. Therefore, he enrolled in a cut-throat music conservatory where the mentor would stop at nothing but the best. 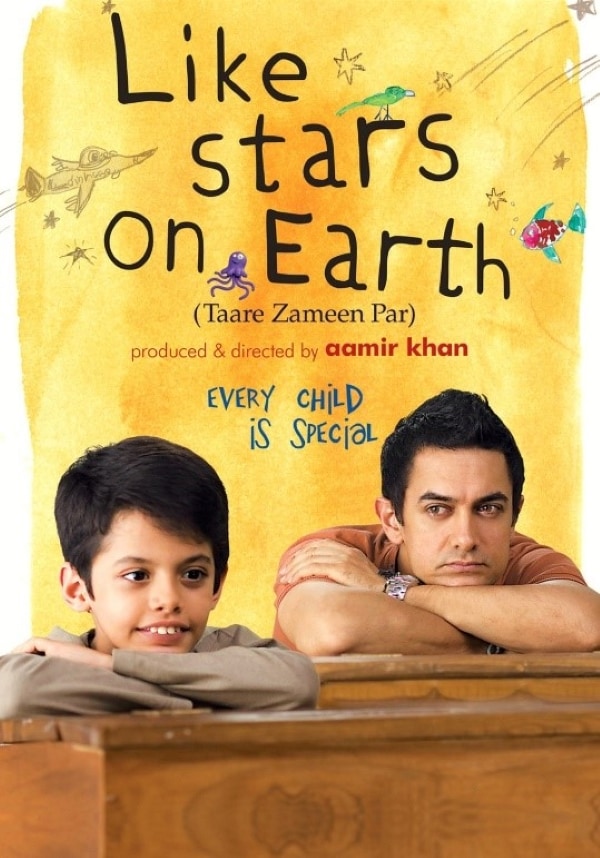 Famous Quote: "There have been such gems amongst us, who changed the course of the world because they could look at the world differently."

Little Stars on Earth is a motivational movie about a kid who had certain reservations about his growth and personality. Considered the trouble maker, his art teacher finds passion and patience to deal with him and find the reason behind his struggles in school. The eight-year kid got discovered by his teacher later on as the movie progresses. 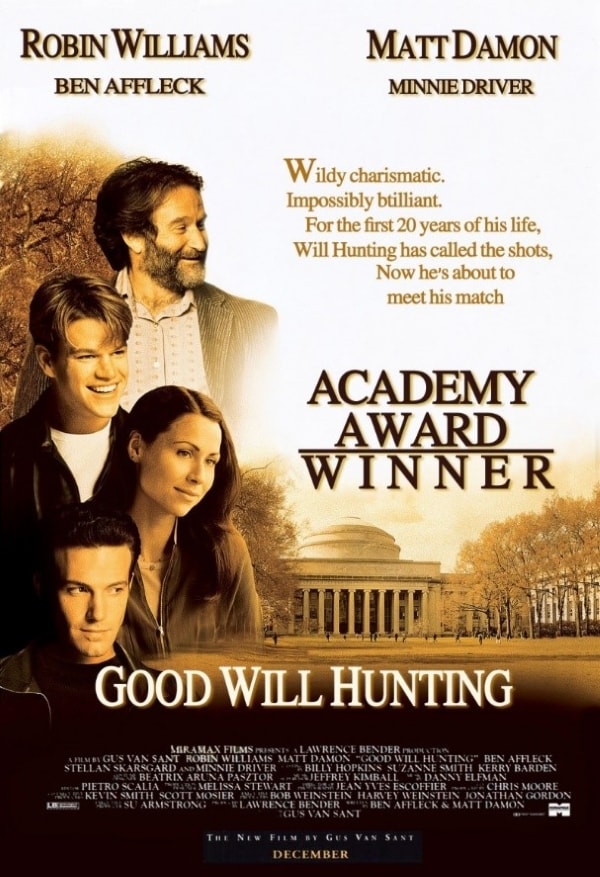 Good Will Hunting is a story about a janitor who happens to be excellent in mathematics. However, he lacks true direction in his Life. Therefore, after facing an emotional crisis, he meets a psychiatrist, Dr. Sean. Dr. Sean helps him recover and gives him the true direction towards a successful future.

Do you like to be in control all the time? Envato Elements gives you dominance on a silver platter!

Envato Elements is a popular platform to access different genres of music. The user can sort the results for inspirational music based on their popularity and relevancy. Moreover, you can tailor the search results by altering moods, instruments, categories, tempo, and length.

Are you looking for a motivational track for your next movie?

The second revolutionary marketplace for emotional background musicis Storyblocks. You can adjust the filter by changing the music's moods, vocals, tempo, and duration. With that, Storyblocks allow you to edit the music with the maker and perform alterations on it. You are also free to search for the similar tracks you liked the most.

There is an extensive range of music genres, including classical, electronic, country, cinematic, and folk. Click on the arrow to download the music in a moment.

Do you wish to control your music?

Pixabay has got you covered with electrifying and inspirational audio tracks. From electronic, beats, ambient, high drones, and emotional music genres, Pixabay allows you to input moods, instruments, and themes to access the tracks. The royalty-free inspirational music is displayed on the interface with their estimated durations to make the call.

The user can tap on "Download" to find the music in their system momentarily in MP3 format. Isn't that the whole dream?

The inspirational movies gained popularity with the well-written content and strong acting of the characters. However, the inspiring background music plays a pivotal role.

The article offered an insight into ten motivational movies and recommended three impeccable marketplaces to download emotional background music. We hope you can make a responsible decision by selecting the appropriate platform for your next inspirational movie.