8 Types of Cuts That Video Creators Should Know

The media and film industry is progressing by leaps and bounds. It uses multiple effects and transitions to keep the audience interested in the production. Different types of cuts in film are used extensively to bring the film up to speed and create a spark. The unique types of cuts bring innovation for the viewers.

The article discusses why video creators should know about the types of cuts. Stay tuned to know eight crucial cuts in filmmaking. So, let's start!

01 Why Should Video Creator Know About Types of Cuts?
02 8 Essential Types of Cuts in Film Making or Video Editing

Part 1: Why Should Video Creator Know About Types of Cuts?

Making a career in the film industry is not a piece of cake. One has to learn different tactics and unique ways to lure the audience. The different types of cuts in film do the trick. Everyone should know about types of editing cuts, from video creators to film directors and producers to editors.

The correct use of the type of cuts in film creates a spell-bound impact on the audience. Moreover, a video creator and editor should know where to pull a cut and bring intensity to the scene. 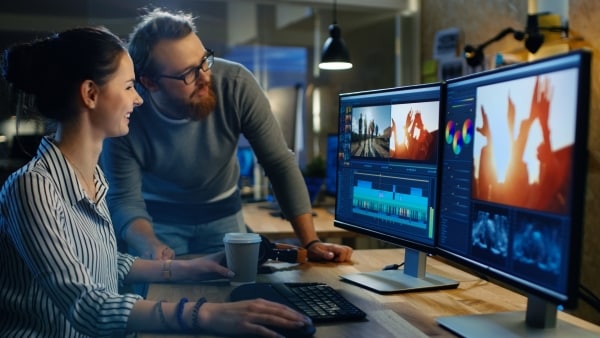 A finished motion picture only comes into being when the shots and cuts are selected intelligently. The creator should know how to establish the film's structure, motion, and tone based on genre. If the correct types of cuts are not incorporated, the product would be useless and pointless.

The video editing and combination of shots come in the post-production process. If the video editing process goes without any complication, one can count on the film to reach new levels. There are different types of cuts in filmmaking. The section shall take the liberty to present each of them in detail. 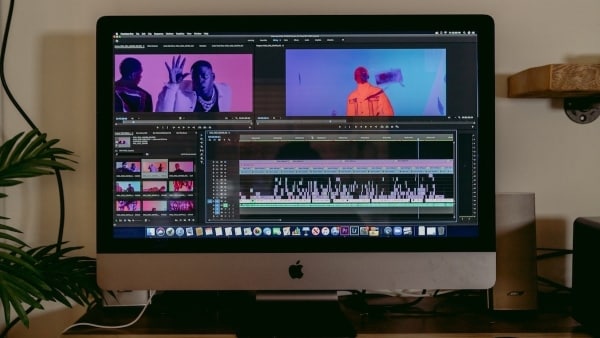 A standard cut is also known as a hard cut. It is considered the basic cut in the art of editing. In this type of film cut, the editor cuts from one clip to another. The scene doesn't have to go through any transition. It presents less visual meaning, meaning that one clip is ended, and a new clip is initiated without any change.

A standard cut offers minimal aesthetic significance, but content creators often use it with a limited budget. A standard cut plays a pivotal role in bringing sophistication to the product.

The jump cut, as the name suggests, allows the scene to jump forward in time. The continuous sequential shot of the subject is broken into two parts to give the audience an illusion of the future. The jump cuts are often used for video interviews to show different angles effortlessly and jump from one to another.

The movement in time helps different film editors to create a connection between past and present and present to future. It is the most famous type of editing cut used by directors and producers.

Documentary producers and professional videographers incorporate L cut in their content creation. L cut indicates the action in one clip where sound is coming from the previous shot. With L shot in action, a natural flow of the scenes is ensured.

Additionally, L cut gives a deeper meaning to the conversation and brings meaning to the plot's central theme. The cut is extensively used in all kinds of filmmaking and cinematographic shots.

J cut is the opposite of L cut, where the sound of the next shot overlaps the video from the preceding shot. The audio serves as a lead-in to the visual cut as we hear the audio before jumping into the next shot. Essentially, the editors present the audience with visual information and help in establishing context.

This type of cut is all about the timing. If you understand when to operate J cut, you have covered your basis successfully.

The next on the list is a Montage Cut. It refers to the series of short steps that are well crafted to be in sequence with each other. The montage cut condenses space, time, and information while building anticipation and suspense in the film. The rapid cuts of imagery are put together to add to the context of the narrative.

Along with this, the montage cut showcases a set of related ideas that come together to add meaning and express one overarching central plot. The cut has been used by the most fantastic action films, horror, and even comedies. The character development is shown in the most effortless fashion possible.

Another workable type of cut in the film revolves around cutting the action. The cutting on action states that the scenes are cut right after the scene is concluded, and the next shot showcases the scene's implications. As an exceptional component of action films, this cut maintains the movie's flow and presents the impression of continuous time.

The cut acts as a seamless way of taking the audience's eye from one shot and another and making them stick to the screen. The motion is matched between one shot to another thus, enhancing circulation.

The different types of cuts have their purpose in a film. The cutaways have an essential role. It takes the audience away from the primary subject and offers an insight into the environment. The specific details of the surroundings present the location and add meaning to the script.

Additionally, cutaways are used to give the audience a clue of what is happening and its implications on the character's life. Surroundings impact how the players act; therefore, it is essential to showcase it using different shots.

Bringing suspense and mystery to the scene, cross-cut plays a pivotal role in cutting between the two scenes happening simultaneously but in different locations. Also known as parallel editing, the editors use the feature to tell two different stories simultaneously. It makes the audience relate to the scenes and reflect upon their juxtaposition.

Moreover, it is a challenging task, but no one can stop the show from getting hit once-perfect timing is achieved. Cross-cut brings the audience speed with thrill, a win-win situation, don't you agree?

With the pandemic at hand, the lockdown has put the responsibility on the media industry to offer mystery and thrill and bring horror with comedy. Therefore, directors, media producers, videographers, and editors are using different types of editing cuts to create magic in the air.

Wondershare Filmora does a spectacular job in offering different cuts and effects to aid the stakeholders in the film industry. The users should check out the tool and how it operates so that production houses can work with better efficiency.