How to Use Medium Shot Creatively?

Want to incorporate both your subject and the background equally in your screen? A well-crafted medium shot is the easiest way to do that. There are a handful of uses to medium shots. Keep reading to learn more about what is a medium shot, its types, examples, and creative ways to incorporate it into your video. Let’s get started!

Part 1: What is a Medium Shot?

A vital part of a good film is providing the viewers an insight into what is being portrayed on the screen. While there are many notable tricks in the book to do that, the simplest and most common method to connect your subject with the environment is a medium shot. 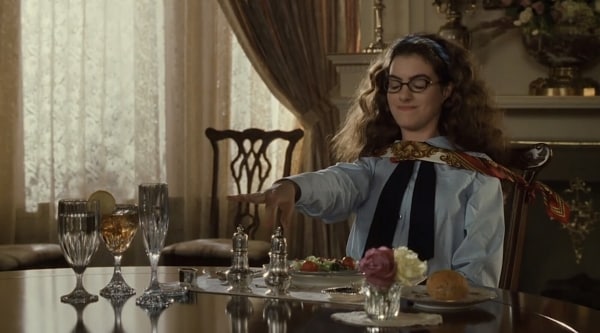 A medium shot, also known as a mid-shot or a waist-shot, is a simple yet efficient technique in filmmaking. It is simply a shot that features the subject on the screen from the waist up. This shot is typically more than a close-up and lesser than a wide-angle shot. Much as the name suggests, such shots are taken at a medium distance from the actor.

As indicated from the name, a medium close-up shot lies somewhere in between a medium and a close-up. Such shots classically feature the subject above the chest and shoulders and do not dwell deep into the surroundings.

The ending scene from Saving Private Ryan, where Ryan is gazing over all the lives lost in the War, is a classic medium close-up shot example. We can see the range of emotions displayed on Matt Damon's face and the intensity of the loss. The shot portrays a connection between Matt Damon’s sense of grieving and the graves that surround him. 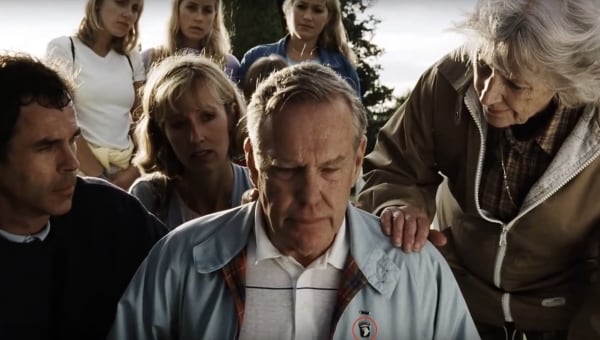 A medium long shot covers almost three-quarters of the subject, usually showing an actor from the knee up. Medium long shots are also called ¾ shots.

A medium long shot example seen in cinema is from North by Northwest. In the crop duster scene, Roger Thornhill can be seen being attacked by a crop duster. While he is running away from it, we can see the sheer panic and concern on his face as the plane gets closer. The shot captures Roger Thornhill from the knee up, allowing us to see the plane and the danger that he lies in. 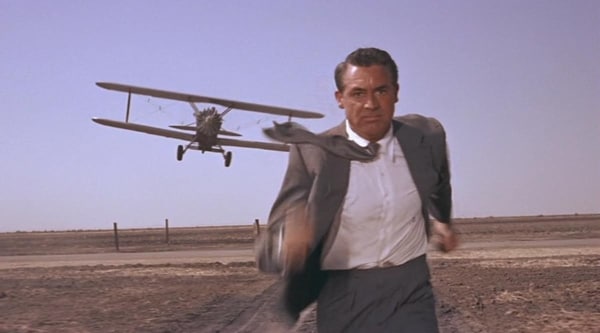 Over-the-shoulder shot is another type of medium shot. In this type, the camera is placed behind the shoulder of one character and shows another character. This is typically done while shooting conversations or when you want to highlight the connection between the characters.

To quote an example, let's analyze what James Cameron has done in "Titanic." Much of the scenes between Jack and Rose feature an OTS shot. This shows the character’s bending to the will of their love interest. It sets up the romantic theme of the film and builds up the mood. Many of these low-angle OTS shots emphasize the relation between the two lead stars. 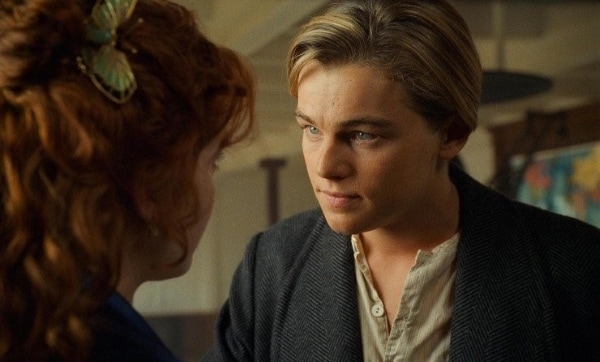 A point of view shot, as obvious from the name, shows the scene from a character’s perspective. Such shots are filmed from a subject’s eyes and portray things as he sees them. This provides the viewers an insight into the character’s view and helps them get in the character’s shoes.

An example of such a shot is seen in Quentin Tarantino’s “Kill Bill Volume 1”. Quentin uses the point of view shot to show the bride’s view of her wedding massacre and her almost-killers. She sees the people that owe her a lifetime of misery while lying there helplessly. This helps the audience to connect with her emotional state and see her motive for revenge.

Part 3: How to Use Medium Shot in a Creative Way

Now that you have learned the different types of medium shots and their examples, it is essential to know how to use them. There are several creative ways in which you can use a medium shot. Here are a few ideas to take inspiration from.

1. Highlight Both Emotions and Setting

Medium shots are an excellent way to focus on the character's emotions while keeping them connected with their environment. You can use a medium-angle shot in films to capture the depth of the actor and the context of the shot at the same time. This way, nothing feels disconnected or out-of-context in the scene.

Medium shots, a medium closeup shot, in particular, is excellent for filming dialogues between characters. You can also use them when you want to capture multiple actors in a single frame. Thus, you can include multiple people in a scene while still portraying the actor's emotions and reactions.

Usually, the transition from a wide-angle shot to a close-up can be a bit rough and extreme for the viewers. With a medium wide shot at hand, you can make the transition smooth and uninterrupted. It can act as a bridge to make your transitions even and leveled.

Another great use of medium shots is when you need to capture the body language of the subject. Close-ups do not focus on the body language, and wide angles are way too far. A medium full shot is a great way to show the character’s gestures and other body movements without revealing too much of the background setting.

5. Interactions and Other Details

If you want to show your actor playing with the props on set or any other types of interactions with the environment, you can opt for a medium shot. This enables you to lay equal emphasis on the actor and the setting at the same time. This can also be used for portraying other details such as costumes, for which a close-up isn’t very well suited.

Even when you want to capture a comedic or dramatic effect in your shot, a medium shot can come in handy. Medium shots can be used to express the subject’s reactions to an action that occurs off the screen, thus portraying a whole range of emotions and effects.

A medium shot is a clever technique used in filmmaking, which isn’t that difficult to grasp. As an aspiring video and filmmaker, it is a crucial aspect to study and practice. To further refine your videos, you can try the valuable features of Wondershare Filmora. It is an all-in-one resource tool for video creators, with several astounding features to polish your filmmaking skills.