Is cooperative strategy gaming your thing? Can you compete in high-stakes games? If that is the case, then the best MOBA games of 2021 might be just what you need.

It is no surprise that the mayhem that ensues offers hours of action-packed excitement. You'll control a hero, and you'll work together with others around the world to destroy your opponents' bases! There are a lot of tactics and strategies to choose from on the map and they await you to discover.

Here are the best MOBA games currently available on the market. In addition to top-tier titles like LoL and Dota, we'll examine popular choices for consoles and mobile devices. Then we'll get to see what the future holds for this genre and its unique mechanics. Are you up for it? Take your place and let's get started. 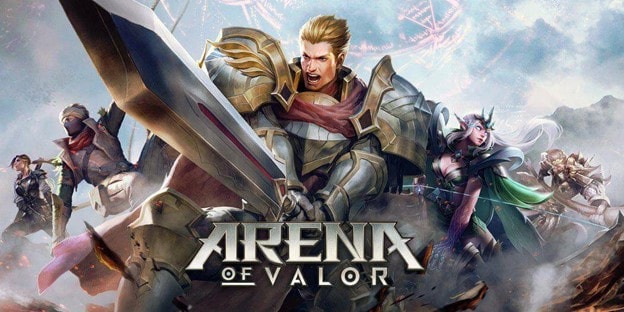 Compared to other MOBAs, Arena of Valor is relatively new. The game offers a lot of unique features. It includes five versus five, three versus three, and one versus one game modes. Furthermore, the game includes over three dozen heroes, ten-minute matches, and cooperative multiplayer. It was released around the same time the Razer Phone came out and quickly gained popularity. Some users have complained about the Facebook login. Apart from that, there haven't been many complaints about the game. Some heroes can be purchased through in-app purchases, as with most MOBAs.

• Plenty of Heros to Play With

• Frequent updates are making the game better day by day 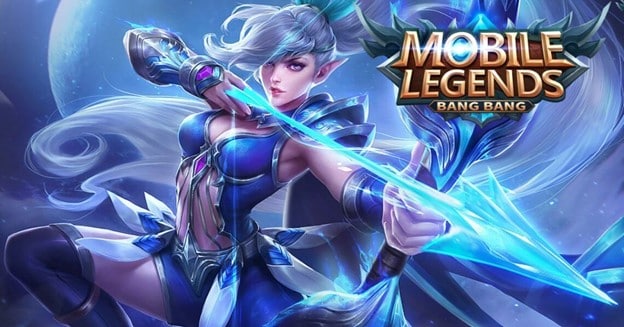 The oldest mobile MOBA, Mobile Legends: Bang Bang, was released in 2010. The game is also the most popular from a download perspective. The game offers simple controls, five-vs-five battles, and ten-minute matches. There are ten-second matchmaking wait times according to the Google Play description. That seems exaggerated. Other than that, the game is great. Disconnected players may rejoin the same battle at any time. We found that very cool. Overall, this is one of the top MOBA games out there.

• Huge Collection of heroes to play

• The mobile controls are very responsive

Upon its arrival in the Google Play Store and App Store in 2020, Wild Rift became an instant hit as a long-awaited MOBA for mobile. A similar map to Summoner's Rift, a nearly identical set of champions, and challenging ranking mechanics make it a perfect successor to League of Legends. Although Wild Rift includes many features from the original, it also offers something new to players.

There is a lot of action in this game. Since the Nexus that protects the base turret has been removed, the game should last about 15-20 minutes, or even longer. This app has visually entertaining graphics with bright and crisp images optimized for mobile devices.

• Almost similar to its original version on Pc 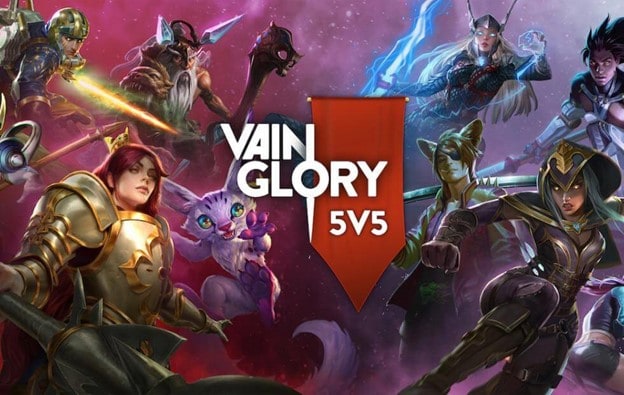 A mobile version of Vainglory was released in 2015, and it quickly became one of the most popular MOBAs. More than 48 heroes are available in the game, which is a good number. Players can set matches to last seven minutes. Additionally, 25-minute matches are available for all-day slugfests. As for gameplay mechanics and responsiveness, Vainglory offers 60 frames per second gameplay and a 30-millisecond control response. Hardcore MOBA fans will find this quite satisfying.

It is the most popular MOBA on Android for a very good reason. It also has a low match waiting time due to its popularity. The game's cross-platform capabilities were unveiled in 2018. This means it is now playable on PCs and Macs.

• Depending on a hero's build path and overdrives, multiple competitive playstyles are possible

• Featuring a unique combo system and playstyle for 48+ heroes

With Marvel Super War (MSW), players will experience action and fun. This MOBA game lets you experience what it is like to be your favorite superhero or villain with comic-accurate skills and abilities. In addition to Spider-Man, Iron Man, Black Widow, Thor, and Captain America, MSW has over 50 playable characters. However, it also has vile villains, like Thanos and Loki, who team up with the good guys.

Compared to most MOBA games, MSW has similar gameplay. There are three paths protected by turrets on a map with 5v5. In between lanes, there are jungles filled with creeps that enhance your heroes' abilities. In this game, you must destroy the enemy's base turret on the other end of the map to get a win.

• More than 50 unique superheroes and villains

• Realistic superpowers that match the original profile of the heroes

• A great battlefield for combats

• A balanced and fair combat system 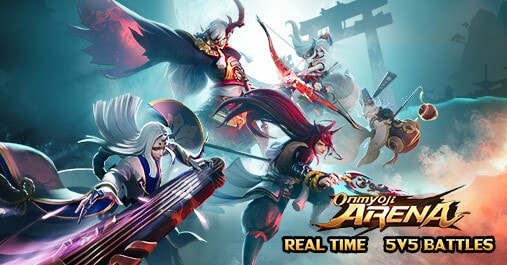 The Onymoji series serves as the basis for NetEase's MOBA, Onmyoji Arena. This MOBA is very similar to other MOBAs, but with some differences. You can play triple battle royale, 3 vs 3 vs 3, which is fun and chaotic in this game.

A few AFK players have been reported and the game occasionally has loading problems, but overall, it is a positive experience. Over 55 unique hero characters based on Japanese folklore (such as Shuten and Ibaraki Doji) can be found in this game. There are also two cross-over shinigami characters, such as Inuyasha and Sesshomaru.

• No amulets are required for this game. Take the battle to the enemy now

• Power is balanced. Tons of skills. Fight to the death 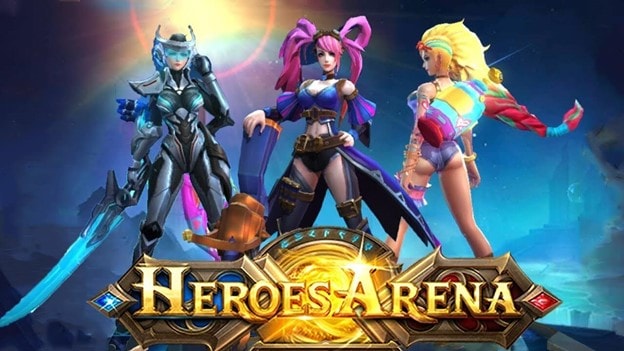 It's a bit of a surprise that Heroes Arena exists. Because it has a gentle learning curve, even beginners can play immediately. Considering how many characters there are in Heroes Arena, it's likely that you'll be able to find a character that suits your play style and preferences.  This game has a great balance between the characters and you'll never feel that you lost a game because one character was overpowered because of his stats or abilities. Generally speaking, the game is one of the few MOBA games people can easily enjoy.

• Plenty of heroes to choose from 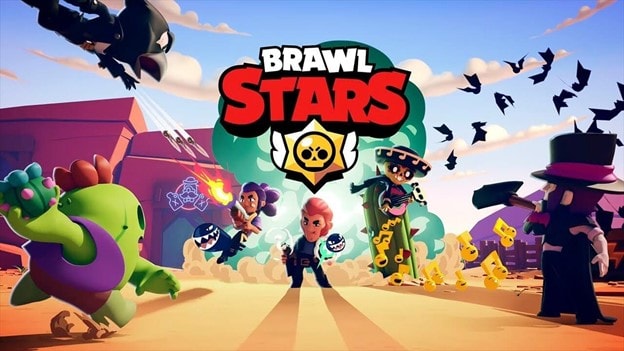 Brawl Stars is a game that's made by the same people who made Clash of Clans, but that's lighter on the MOBA component. In spite of this, the core of the game is still the MOBA genre, which will appeal to casual players. The game itself has a lighter tone that is enjoyable to nearly everyone.

Two game modes are available in the game: 3v3 and Battle Royale. A three-man team fights against a third-man team like a traditional MOBA. The map only has one lane, similar to the Howling Abyss map from League of Legends, which leads to more brawling and fighting than strategic play. In Battle Royale mode, you are crammed into a small area, no loot is available, and only gunfire is needed to kill off your opponents.

• Developed by the famous Scallop

9.Heroes of Order and Chaos

One of the newest MOBA games on this list is Heroes of Order and Chaos. Considering it is a Gameloft game, it is also quite good. The game offers 57 characters to choose from. Additionally, it does not include an energy system. You can play it as many times as you like. Three-on-three and five-on-five matches are also available, as well as upgrades for heroes as well as eSports commentary. With this one, there isn't much to criticize. On mobile, it's an excellent MOBA.

• A roster of heroes is ever-changing, so you can play for free

• In a fog of war, hunt out opponents and lure them into an ambush

• An addictive experience combining cooperation with friends and competition with enemies 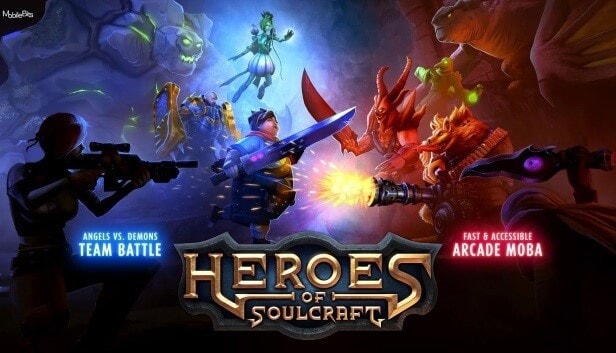 It's a good thing that Heroes of Soulcraft exists. Having a player on the screen even when they are sitting AFK is a novel mechanic thanks to cross-platform and controller support. Additionally, the Heroes of the Storm mechanic lets the heroes choose their ultimate skill. Despite a few issues such as a lack of tutorial and occasional crashes, the game is pretty solid in general.

• Easy to learn and adapt

• Plenty of different types of heroes to choose from

Here is our list of the 10 best MOBA games for android. Give these titles a try, and you will enjoy them a lot if you are a true MOBA lover. Although all games are based on the same concept, each one also has a unique perspective. They vary in a lot of things like graphics, heroes, gameplay, and skills, etc.