20 Famous Time Traveler Photos & Videos You Must Have Seen

Time traveling is a mystery yet to solve. It has been one of the most discussed topics in the science fiction industry over the years- both movies and novels. Besides movies and books, some time traveler photos also get revealed from time to time.

Would you believe it if someone tells you that they have visited the past or the future? Well, if you follow science fiction and are a time-travel enthusiast, it might be a possible thing to believe for you. But people, in general, might not find time traveling believable. However, time travel pictures may guide them to the exact opposite belief. Time-traveling seems possible as a person of science due to its correspondence with motions and physics laws. Nevertheless, to this day, time-traveling remains on the verge of being both believable and unbelievable.

From time to time, some pictures get viral as time travel photography. Here are 10 such time travel images that you should know about.

Greta Thunberg is a young climate activist and environmental heroine. In a 120-year-old picture, there seems to be a girl resembling her. That is where the gossip started. Could Greta Thunberg be a time traveler who traveled through time to save mankind from its uprising climate crisis? Maybe, maybe not. But the 1898 image shows a goldmine operator, ‘Greta Thunberg.’ 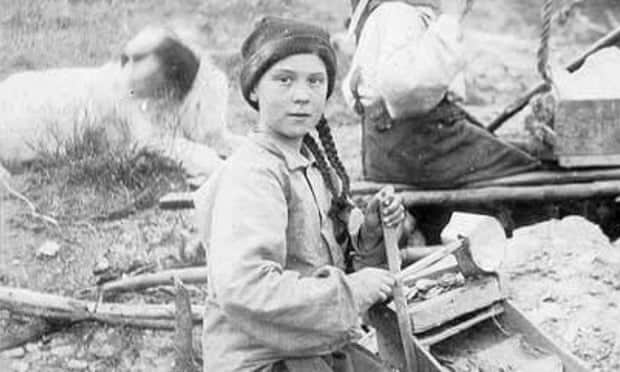 When you see a picture with someone with a totally different kind of clothing, it must raise the question of whether they are a time traveler. This time travel picture has most people in hats and suits, whereas a man seems to wear sports glasses and modern clothing, like a t-shirt and a sweater. 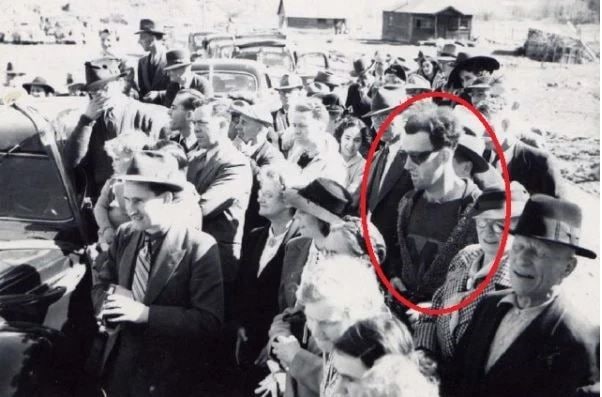 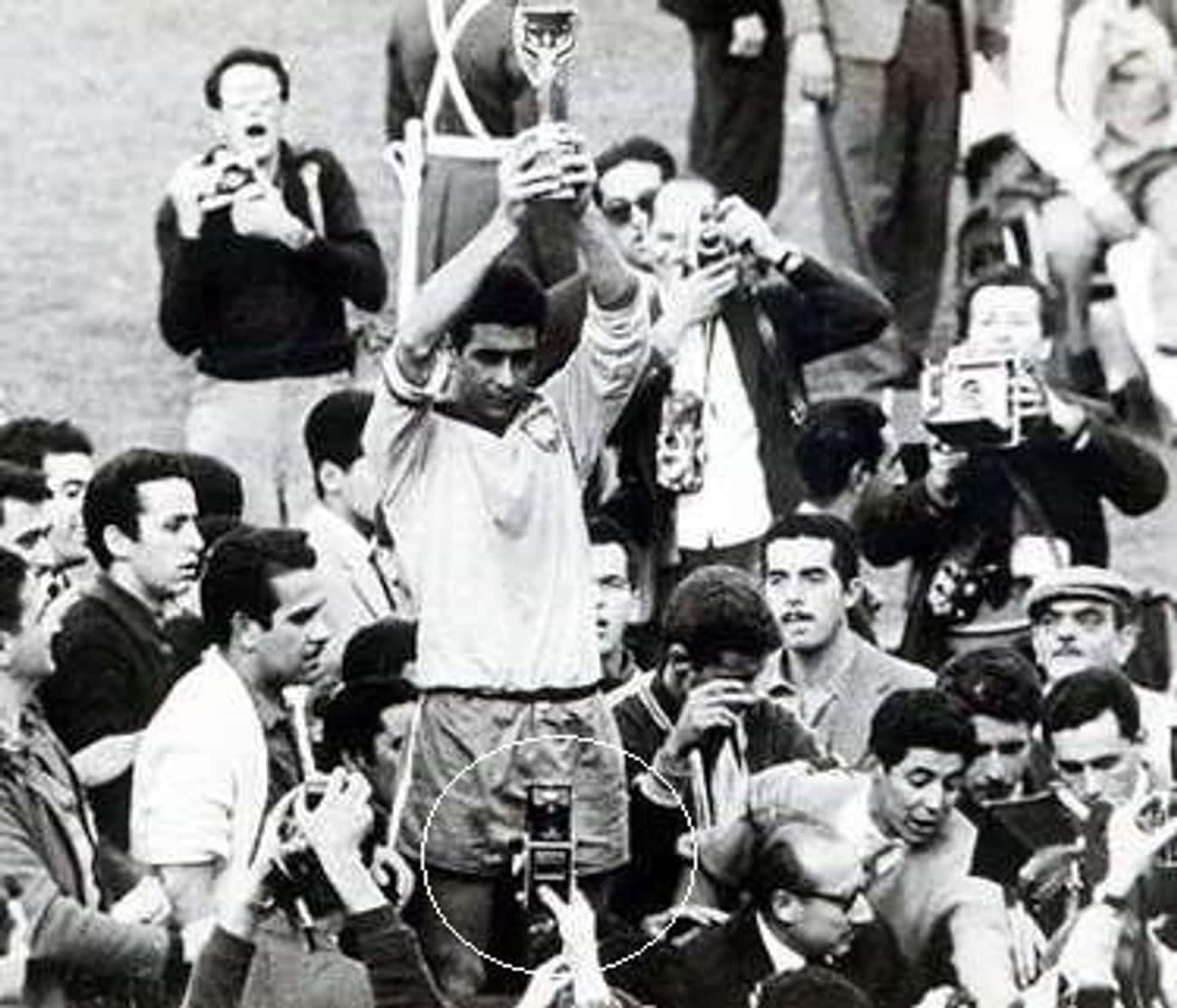 A common practice of identifying a picture as time travel pictures are through cell-phone or such modern devices in age-old pictures. Here is another one. It shows a man speaking through his cell phone in a time, which seems to be too advanced for a cell phone. 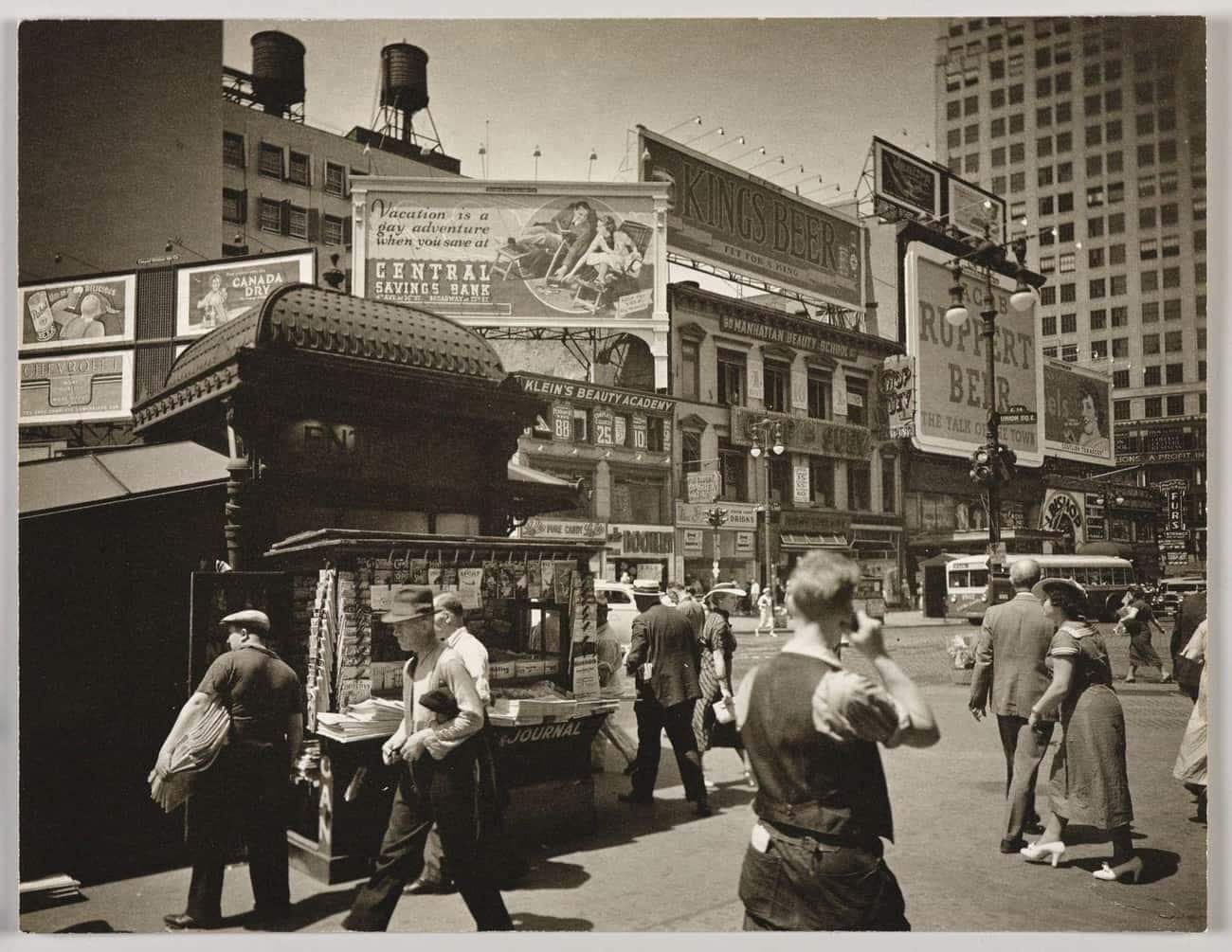 This was actually the heading of the news in a newspaper. Andrew Carlssin, a self-proclaimed time traveler, was jailed for insider-trading charges. He claimed to be from the year 2256. More to the amusement, he just vanished from inside the cell. 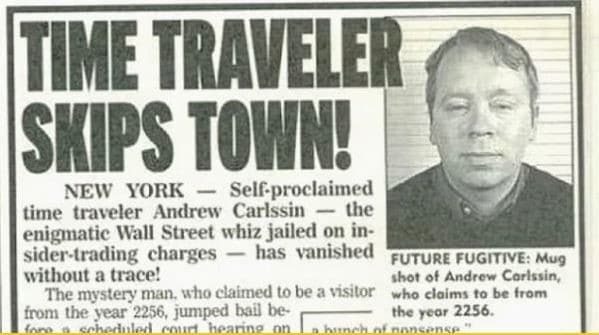 Here is another picture that could be one of the time travel pictures involving a cell phone. But this time, it is a woman with a cell phone. The photograph was captured from behind the scenes of a movie of Charlie Chaplin. 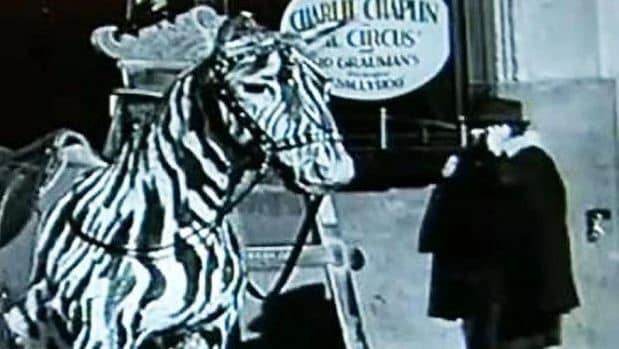 Space travel was introduced only a few decades back. But what if you see pictures that tell otherwise? Here is the picture of a sculpture on the wall of a church building. The building was built in the 1600s-1800s. So when the sculpture is that of an astronaut, it is pretty weird. 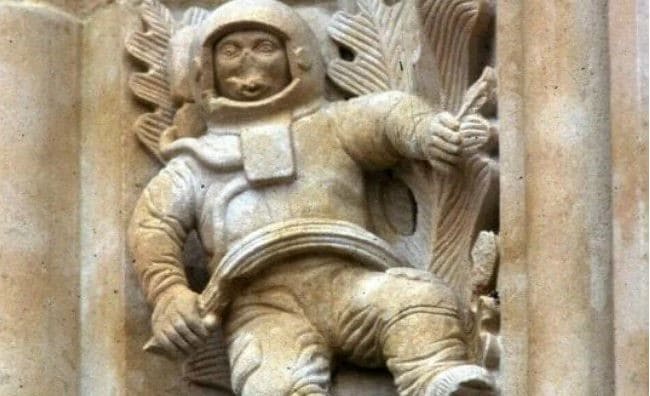 This is another self-proclaimed case of time traveling. A man from Sweden claims that he has traveled to the future through a time travel portal from under his sink. The claim even includes a photograph, which shows two hands with the same tattoo. The man claimed that he had taken a picture of the tattoo of his future self, and that was it. It could be better if he took an image of his future version. 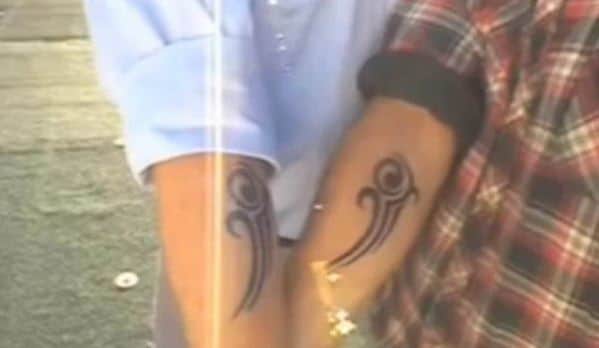 In 1997, a newspaper clipping got viral, which had an advertisement for time traveling in it. The ad owner was looking for someone who could go back in time with them. The movie, Safety Not Guaranteed, was created based on this event. 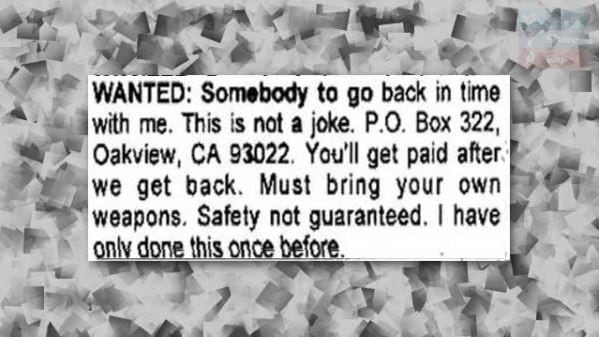 Now comes some photos of a claimed-to-be time machine. John Titor designed the machine. He is known as the most famous time traveler across the world. His predictions were quite vague. However, they were pretty specific, making it a plausible explanation for time travel. 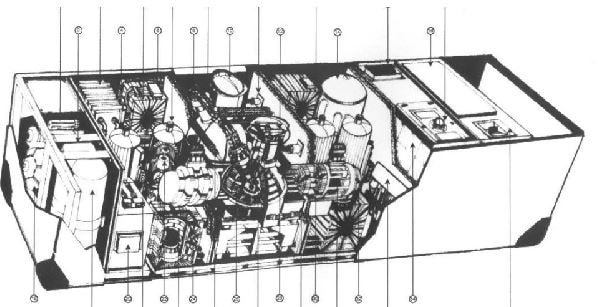 Here are some of the videos that stand for time travel and teleportation.

If you were a time traveler, you would never want others to find out. The man didn’t want to either, as it seems from the footage. However, the camera caught him trying to do so. Watch time traveler video here.

The scene was caught behind the scenes from a Charlie Chaplin movie. A woman was seen walking with a cell phone in her ear. It may not seem anything weird as for today, but it was pretty awkward for that time.

3. Same tattoo from the future self

Previously, we have shown the time travel picture of two hands with the same tattoo, which was claimed to be the person with his future self. Here is the video footage of the person describing the whole claim. Let’s see if we can believe the theory.

There are only a few instances where time traveling is thought to be really real. It is one of those instances. Vonhelton claims that he has traveled through both time and space. He even shows specific pictures of himself being in England in 1857, France in 1916, and Germany in 1945. Let’s give in to imagination for the rest.

The film goes back to 1938. It shows a woman who seems to be talking on a cell phone or a similar device. One thing is for sure, no such devices were available at that time.

We all know that smartphones weren’t available until recently. However, the time travel video shows something different. It was a fight between Mcneely and Mike Tyson, and one of the audience seems to bring a smartphone and take pictures. Quite a time travel, right?

The footage shows a biker riding his bike. After a while, he just disappears from the footage into something that seems to be a flash of light.

8. Lost in the troops

The incident took place in Russia. On March 19, a person appears on the train platform wearing the same military dress as in the 1940s. He claims that he got lost with the troops. He also carries an ID card that was issued in 1930.

A few years back, some researchers unearthed a cell-phone-like ancient structure, which is supposed to be from 800 years back. The interesting fact is that the cell phone resembles a Nokia phone to quite a great extent. This raises the question of whether the cell phone is really from another civilization or a time travel.

A person named Noah claims to have visited the future. He also shows a video that is claimed to be from the future. Nevertheless, Noah predicts some future incidents for the Philippines, what he claims to be prophecy.

If time travel is really possible remains a question till the day. Whether it is true or not, we see some pieces of evidence of it from time to time through time traveler photos and videos.

If you struggle with ideas for good content, this article is the perfect place to learn about family vlog ideas and how someone could improve their content.