One of the main issues that creep into handheld camcorders is the stability. Since the videos are taken with cameras that are hand held there is always a chance of shaky video shots. Of course a tripod or monopod could solve this problem but most people don't have those with them, especially when they are on the go. Propping yourself against a tree or rock face could work too but then a tree or rock face is not available on a beach where a lot of videos are shot.

The latest versions of the anti-shake video editing software are even more sophisticated. An algorithm is used to reconstruct the photographer's path after which a new smooth camera path is created. The tweaking the original shots and combining them you get a new clip that is fluid and fast.

We recommend you to remove the shake and stabilize your video footage with Filmora for the following reasons:

As you can see from the above video, it is easy to stabilize videos in Filmora. Download it and start the video stabilization now.

Learn more details about how to stabilize video footage in Filmora 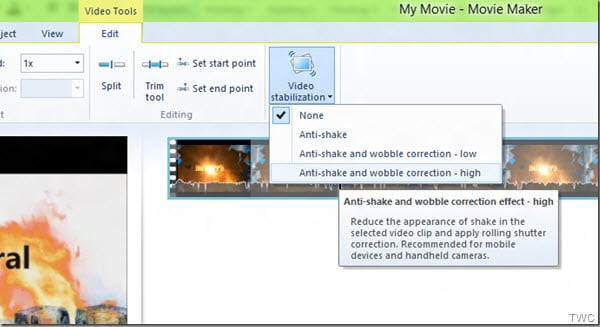 Of course if there is not a load you want to pay for video stabilizer software then you can make use of the Windows Movie Maker. This is accessible for the Edit on menu and offers three options: Anti-shake, Anti-shake and wobble correction – low, and Anti-shake and wobble correction – high. This software is available on Windows 8 only and comes preloaded. The only drawback is that the anti-sake will remove a lot of minor shakes but might not totally eliminate any of the big bumps. Good for minor wobbles. 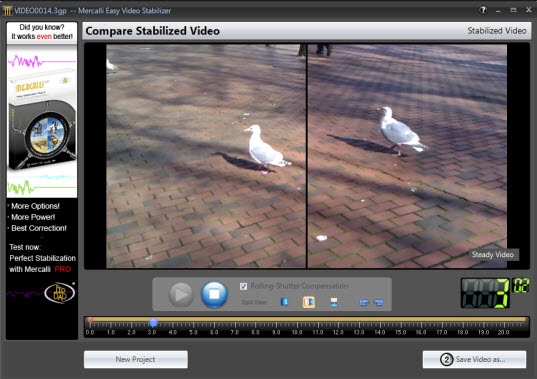 Mercalli is the most talked about anti- shake video editing software. Mercalli is a plug-in that integrates with any video editing solution. Though the plug-in is fully automatic and so each time it detects any shaking it stabilizes the frame by repositioning. However, you can use the intuitive controls to make specific changes. The software can differentiate between intended movements like zooming and unintended shakes and lets you view the analysis before making the changes. Mercalli works like other program filters and does not need to run imports/exports, configure codecs.

It is available in two formats Mercalli Light which costs $79.00 and Mercalli Expert that costs $159.00: http://www.dpt.net.au/ProDAD-Mercalli.html 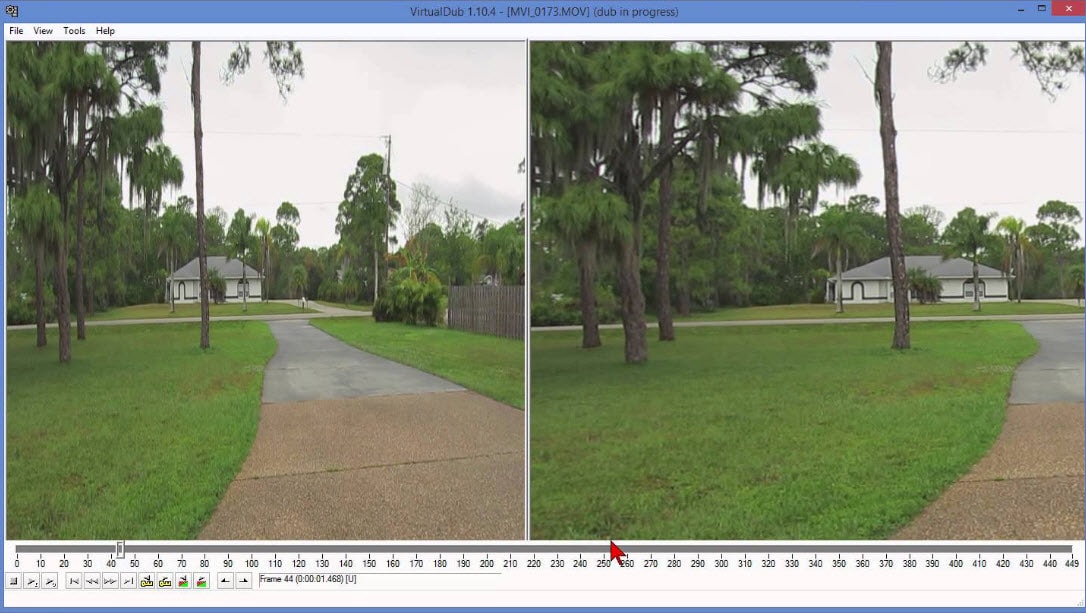 This is a free downloaded plug-in or the Plug-in VirtualDub that works on the Windows platform. The plug-in works with HDV and SDV video clips. It can stabilize shaky videos but for it to work you first need to download the "VirtualDub" first, and then use Deshaker to filter.

This software helps to stabilize horizontal/vertical panning, rotation and zooming. It also uses previous and future frames to fill in the borders that are created because of stabilizations. There are a number of settings that advanced users can take full advantage of and also the software provided frame on frame guidance. There are also settings to limit borders or to remove them completely. 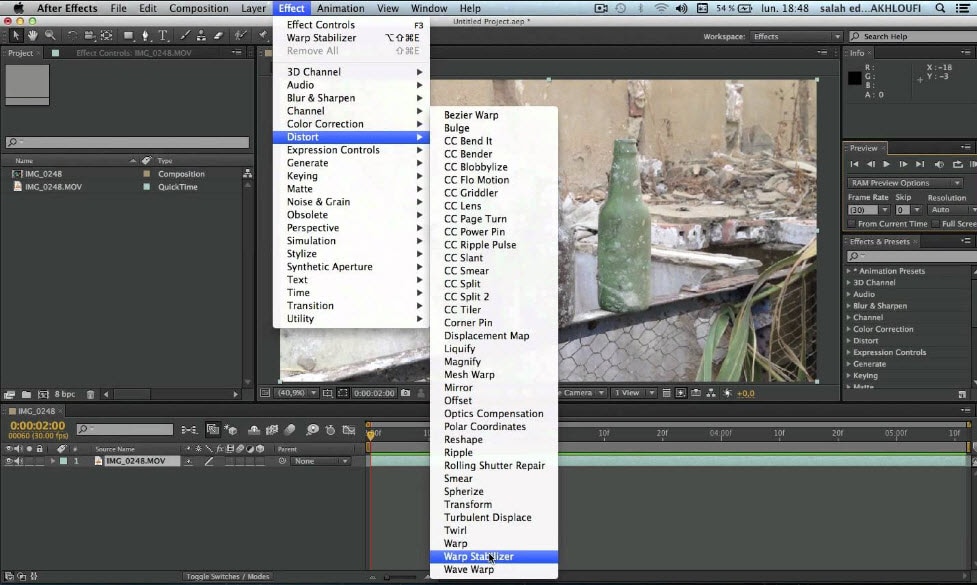 Adobe After Effects 'Warp Stabilizer' works on both the Windows and Mac. However, this is not free software.

The warp stabilizer can be used to stabilize footage to either hold a moving object stationary in the frame. You can also remove the shakes that have resulted from a handheld camera. If you already own Adobe After Effects then you can make use of its built-in stabilization feature – "Warp Stabilizer". It works wonderfully to fix the camera shake with a simple operation.

Adobe After Effects can be downloaded from offical site.

Thank you for your comment. We will review it within few days.
You May Also Like
Resources for Green Screen Effects

This article shows us what green screen effects could be created and used and where to get the free green screen background resources.

How to Make and Use a Green Screen Easily