A picture is worth a thousand words. That’s so true when you want to show somebody how to do something. While it is easy to capture the screen on your iPhone or Android phone, even in Windows and Mac, each of them provides a built-in screen capture feature. For Linux users, taking a shot of your screen on Ubuntu Linux does not need to be a complicated task, too.

Some of these tools are only used to capture screenshots and edit the captured images, while some also allow you to capture the whole activity on your screen, namely, record whatever happening on your Linux screen. Hope it is helpful for you to find the best screen capture tool based on your needs.

In case that you want to record the screen activity including gaming play video and the webcam video on your Windows PC or Mac computer, you can try one of the best recording software: Wondershare Filmora below.

If you are looking for an easy-to-use screen capture tool for Linux, Shutter is one of the most popular options that should not be missed. It will allow you to capture the entire screen or just a portion of it.

One thing that most people enjoyed is how you can immediately edit the images that have been captured. You can highlight specific parts of the captured images and leave important notes. This is unlike in the case of other screen capture tools where you will be required to use an external tool for editing images. It also has an integrated feature that will allow you to easily share the captured and edited images, such as in online forums. Even if it is your first time using this screen shot tool, you will not experience any complication as it is built with the needs of users in mind. 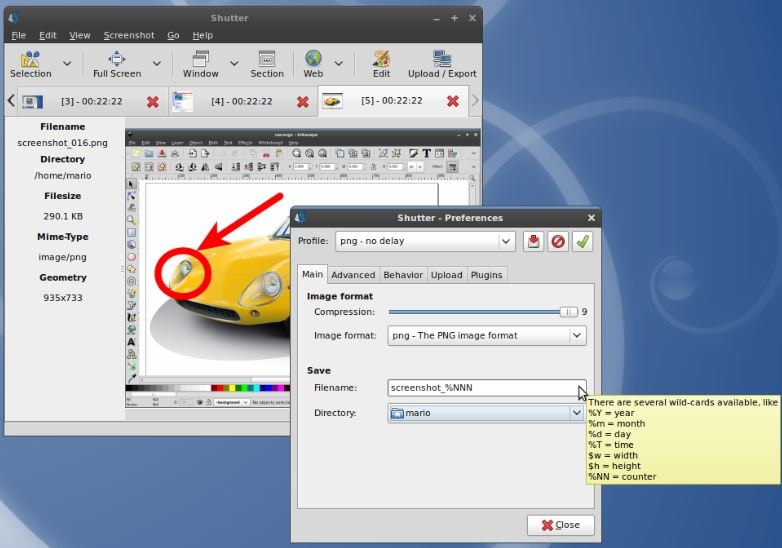 Imagemagick is a free open-source software for displaying, converting, and editing images and vector image files with the support of more than 200 image formats. It also comes with the ability to take screenshots on Linux by using a rich set of commands.

Gimp is one of the most comprehensive and free image manipulation software available on Linux. It is also a free open-source image editor with the ability to edit, resize and retouch images and take screenshots of the whole or fixed area of the screen as well.

Taking a screenshot with GIMP is easy, just click Create Screenshot option from the File menu, and then select the area that you want to take a screenshot. After the screenshot, you can also apply some effects or edit the image per need. 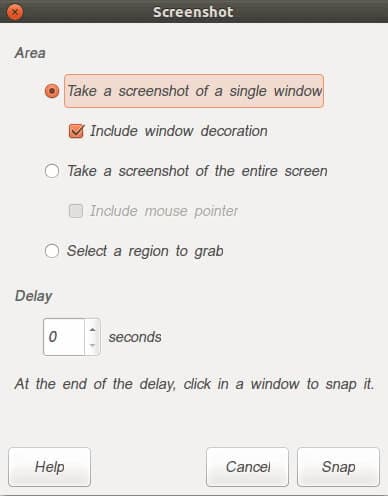 Whether it is a screenshot or screencast, Kazam will prove to be handy. The video file of the screen recording can be played in VP8/WebM format. Aside from visuals, this tool will also allow users to record accompanying audio from a compatible source. If you are using Ubuntu, to get this app, you simply have to type “Sudo apt-get install Kazaa”.

Kazam is excellent because it offers versatility. If you do not want to record the entire screen, you will have the option to record only a selected area. It is also a good thing that it is a light file that won’t consume too much memory space. However, it does not come without any problem. Many of those who have used such complained about the lack of webcam viewers. It is also not usable in all configurations.

In the GUI interface, you can choose to grab the whole desktop screenshot, grab the currently active window or select a particular area to grab. You can also set up the effects such as including the pointer or including the window's border and apply some effects.

You can check the official user guide about how to take screenshots and screencasts with GNOME here. 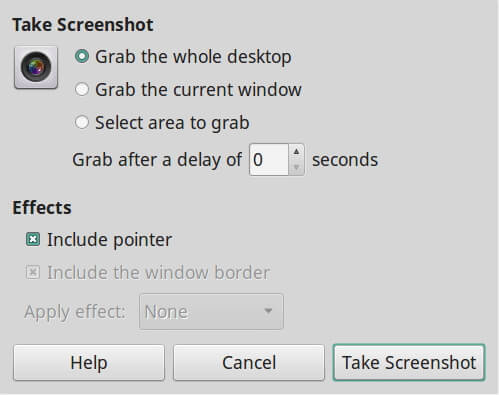 This Java-based screen capture application is known for its excellent performance, as well as user-friendly interface. It can be run on any distribution; you only have to make sure that you have “avconv” installed on your computer.

The team behind the creation of this screencasting tool continuously creates improvements for a better user experience. You will be able to record in either MP4 or FLV format. The quality and size of the recording can also be easily changed.

There is no need to have the extensive technical knowledge to make the most out of this application. Adding a text overlay is also possible, making it excellent when it comes to customization. If you are using this application, make sure to frequently check for updates to be provided with an improved way of using such a tool. 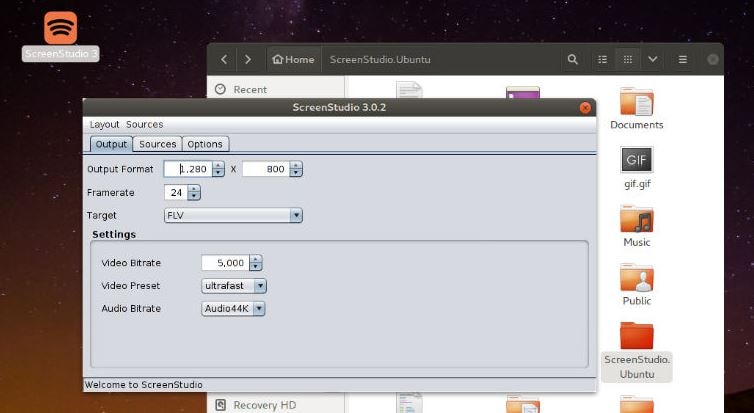 As the name implies, it can make a screen recording a task that you can easily accomplish. It was created to offer users a simple app for Linux screen recording. It comes with sensible default settings, which means that there is no need to change any option to enjoy basic screen capture functionality.

Through the improvements, however, the simple functionality has been added with more options for customization, making it a more extensive tool. It comes with a QT-based graphical interface, and it is also faster than the performance of FFmpeg/Avon and VLC.

It also allows recording the entire screen or a portion of it. Audio synchronization is also possible with this screencast tool. There is an integrated hotkey, which can be pressed anytime to pause video recording. This is the screen capturing tool that started it all for Linux, as this is the first of its kind. While it offers several options for screen recording, one of its significant drawbacks is that there is no option for just taking a screenshot.

There is also no included webcam viewer. With this tool, you will have the option to pause and resume video recording. The tool is generally divided into two parts. A first part is a command-line tool, which is basically the one that is responsible for capturing and encoding. The second part is an interface that exposes the functionality of the program. 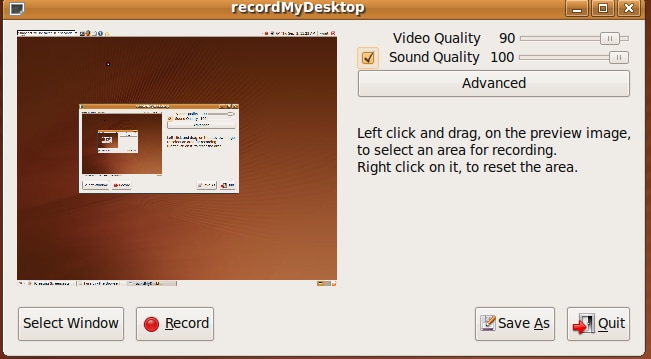 Those are the top 8 best screen capture tools for Linux we have picked in 2021. Hope you can achieve your purpose whether it is taking screenshots on Linux or recording desktop screen. In case that you are looking for more options for screen recording, check the best screen recorders for all platforms.

Thank you for your comment. We will review it within few days.
You May Also Like
How to Record a Webinar

If you are thinking about starting your own webinar, you've come to the right place because in this article we are going to take you, step by step, through the process of recording a webinar with Wond