Are you also looking for video editors for Windows, Mac, mobile phone, or online? Check our latest post, 36 Best Video Editors for All the Platforms.

If you don't want a Linux video editor but a powerful video editing tool for your Win or Mac, you can try Wondershare Filmora to edit your movies by trimming, cropping, splitting, rotating, and flipping your videos with various effects, even sharing on YouTube directly with high compatibility of input and output formats.

See what else Wondershare Filmora can do for you: 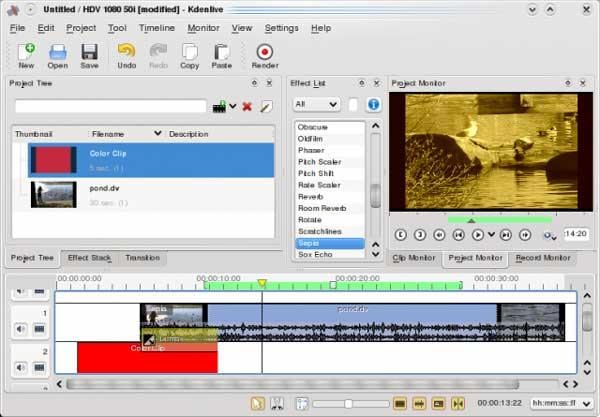 Kdenlive is a free and open-source video editing software and is available for GNU/Linux, FreeBSD, and Mac Os X. It offers great video editing functions like cutting, splitting, transitions, video effects, copy-paste, etc. Also, it supports a lot of file formats. It supports a wide variety of file formats and a wide range of camcorders and cameras. 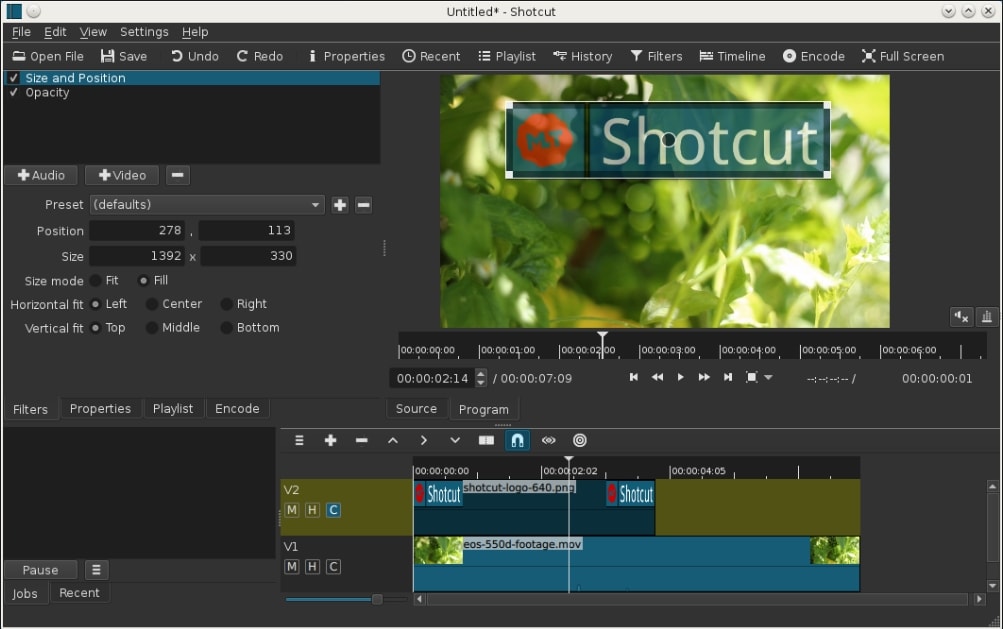 Shotcut is another video editing software for Linux, and it is an interesting one because its UI looks more like a media player than an editor. The software makes editing videos very simple with the set of awesome features. It will work just fine for basic uses, but if you need more powerful options, especially for advanced or professional video or audio recording, then it may not be the best. However, with the features it has, it qualifies as a decent video editor for Linux. 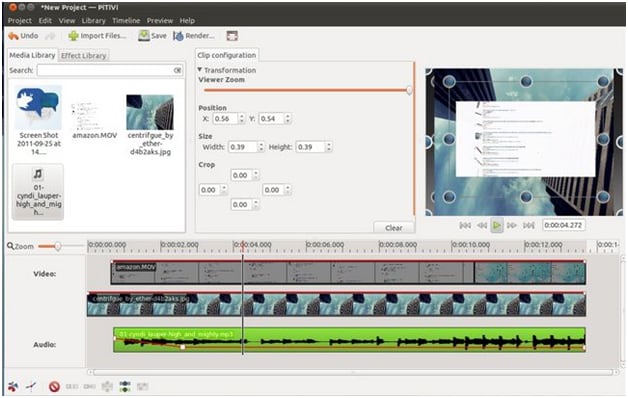 Pitivi is a Non-linear video editor and also open-source software that is freely available. For intuitive video editing, this software is designed. It supports simple features i.e. snapping, trimming, splitting, and clip cutting. Pitivi curves system supports audio mixing feature. It has the ability to use keyboard shortcuts and scrubbers. In this video and audio can be linked together, which is a great advantage. It is the first open-source video editor that support the MEF- material exchange format. Pritivi's user-friendly interface gives drag and drop, direct manipulation, reducing complexity and native theme navigation. This software can be translated into several languages. It also has user manual support. 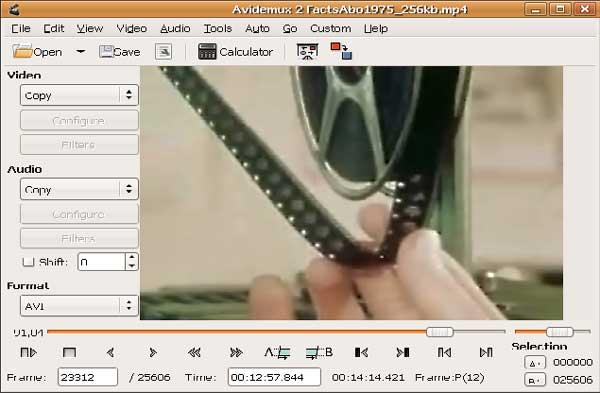 Avidemux is a free, open-source video editing software designed mainly for simple cutting, splitting, merging, filtering, encoding, etc. It is a cross-platform free video editing software and supports various file formats with different codecs such as AVI, MPEG, MP4, ASF, etc. With it, you can easily edit your videos and output the edited videos for your iPhone, iPad, iPod, PSP, etc. 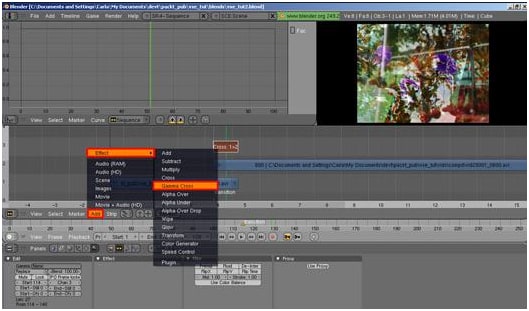 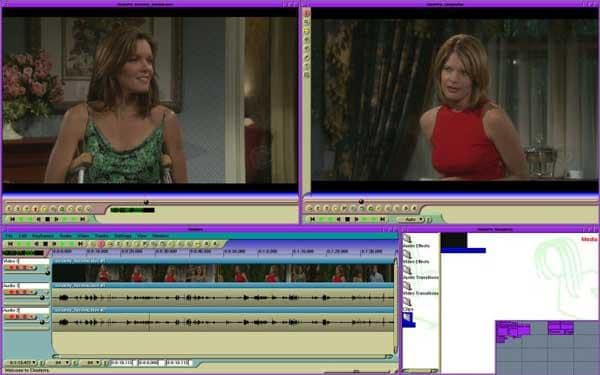 Cinelerra is a free video editing tool for Linux. It is designed mainly for capturing, compositing, and editing audio and video with sample-level accuracy with an intuitive and friendly UI. 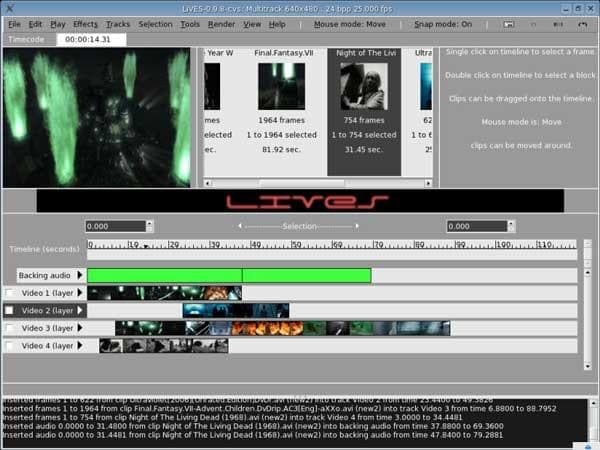 LiVES is a free video editor developed for Linux operating system. It enables users to edit and make videos without worrying about the video formats, rates, frame size, etc. It has a blend of real-time video performance and non-linear editing. Furthermore, it also performs as a Video Jockey software because of its multitrack timelines, mixing of clips, and switching. 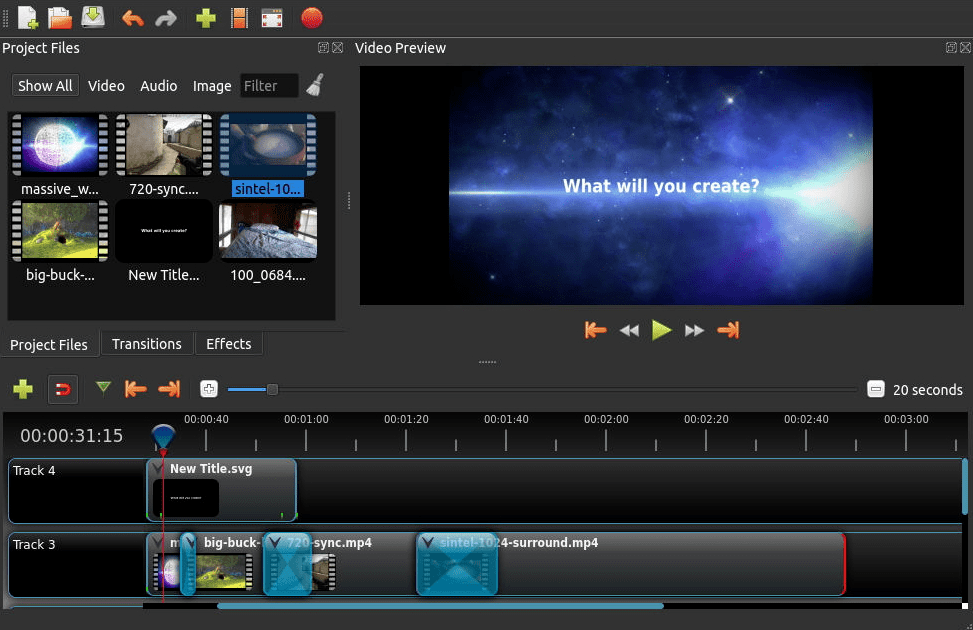 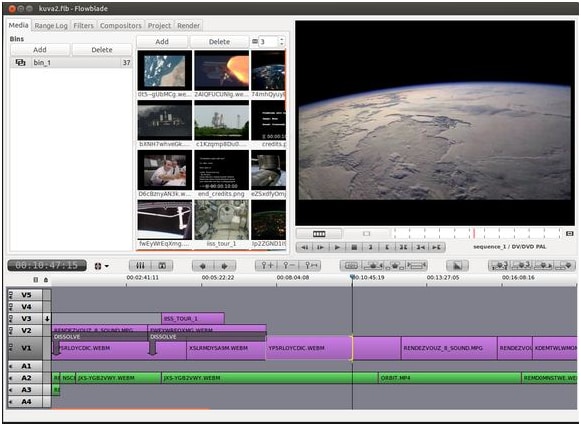 Version 0.12 of flow blade movie under was released for Linux in January 2014, and version 0.14 is in the pipeline to be released in June 2014. It is a multitrack non linear video editor to provide more precise and faster editing experience.

It has a tremendous range of tools and techniques to provide the best experience of audio-video editing. There are two moves and 3 trim tools along with 4 techniques of appending, overwriting, and inserting a clip on the timeline. Another great feature of this video editor is that it has more than 50 image filters and 30 audio filters to ensure the best video and audio editing output. 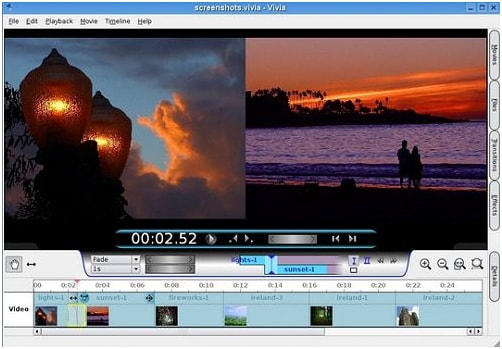 The latest version of Vivia was launched in 2008. This highly user-friendly free video editor is not only made for Linux but is also appropriate for windows. The Vivia is an easy to handle video editor that is free for both personal and commercial purposes. Vivia ensures easy and simple non-linear editings and real-time transitions on a friendly interface. It also supports a multi-camera feature on which clips obtained simultaneously from different cameras can also be edited.

An additional feature that makes vivia more popular than others is that vivia has got a crash recovery. These features help you recover your work interrupted by a system crash or failure. 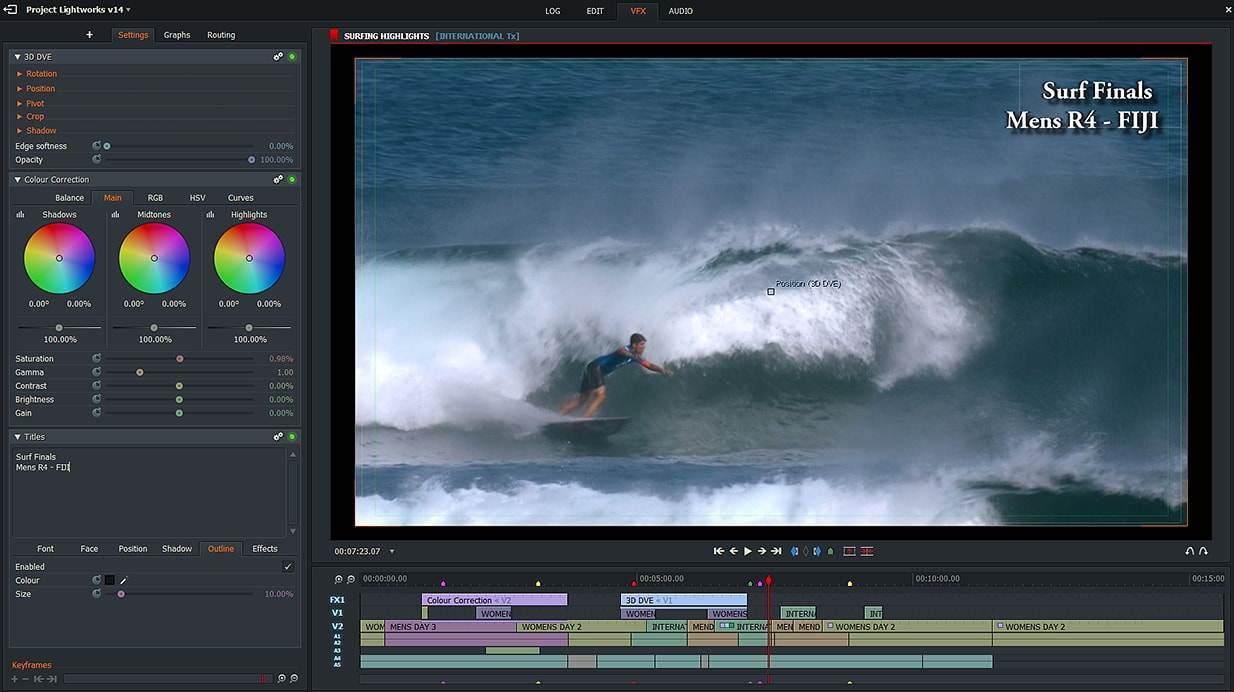 For professional users, Lightworks can offer you plenty of features you might use. It has a paid and free version, and its free version only works up to 720p, and some output formats are also limited with the free version.

1. Is Linux Good for Video Editing?

Linux distributions typically provide higher performance than other operating systems on similar configurations. But Linux is not the best operating system for video editing. Most Linux distributions suffer from a lack of official/compatible graphics drivers (especially Nvidia drivers). Another problem is that popular video editing apps like Final Cut Pro, Premiere Pro, etc., don't have Linux support. The good news is steps are being taken to solve this issue promptly.

No, Filmora is not open source. Filmora is available for Windows 7/8/10 64-bit and macOS X10.11 or later. When you use Filmora, you agree to the service terms that specify you will not do anything with the software that the software's authors have not expressly permitted. Therefore, you may not be able to legally inspect, modify, and enhance Filmora without proper authorization.

Thank you for your comment. We will review it within few days.
You May Also Like
Top 10+ Best Free Online Video Editors for Video Editing Online

There are many video editors for Mac in the market, so it is hard to pick up one that you like. This article introduces the best 10 free video editing software for Mac.

Here are 13 best free video editing software for Windows. All movie/ video editors are well-researched. Try one easy for you to edit now!