10 Best YouTube Music Reaction Video & How to Make One

Reaction videos are slowly taking over YouTube as the most popular type of channel. Everyone loves when someone reacts to something, and it can be anything from music, games, trending topics, or even random things like orange juice. They are so popular that people tag their friends to react to the series.

What is a music reaction video?

When you are on YouTube, you will see many music reaction videos. The music reaction video is the video that is based on the song. According to the situation, the person who uploads the video reacts to the song and does something funny or crazy. Many people enjoy watching these kinds of videos because they are funny and entertaining in many ways.

The best thing about these videos is that you can learn from them. You can learn how to react in certain situations, but these situations might arise only once in your life. So, it is good to react to these funny videos and make yourself aware of what should be done in such a situation.

You can even make your music reaction video and share it with your friends on social media platforms like Facebook, Twitter, and Instagram. People will love it and appreciate it, and you can also learn how to make these kinds of videos by watching other people's reactions.

In this video, a famous Korean Band named BTS reacts to many different music videos from the past. People love to see their reactions, and the video has over 25M views on Youtube.

In this video, many street rappers react to many famous rappers and give their views about them. The video became quite popular on Youtube and got 23M+ views.

#3. Dixie D'Amelio’s Family and Friends React to her Be Happy Music Video

In this video, many people who are relatives of Dixie D'Amelio react to her music video. She recorded the reach of each one of them and shared it with the youtube community. The video got over 20M views on youtube.

In this video, many elders react to the Lil Dick's Music video. Their reactions are quite amusing to the audience, and the video got over 19M views on Youtube.

In this video, some kids react to the Eminem rap music videos and give their views about rap. Some of them are amused by the rap, and some of them find it difficult to understand. Overall their reaction is worth watching. The video got over 13M views on Youtube.

In this video, many teens listen to '90s hip-hop music videos, and their reactions are recorded. They are familiar with some of the songs, and some are totally new and amusing to them. The video got over 11M Views on Youtube.

This is a reaction mashup video in which a lot of creators are reacting to the Don't forget music video. You rarely get to see soo many reactions in a single video. The video is a hit and has over 9M views on Youtube.

In this video, many YouTubers react to the top 10 most disliked music videos in Youtube's history. Their reactions are priceless, and this video is definitely worth watching. The video has over 6M views on Youtube.

How to make a Youtube music reaction video with Filmora

Step 1: First of all, make sure that you have downloaded and installed the latest version of Filmora on your computer. If you haven't already downloaded it, then you can install it from their official website.

Step 2: Run the Filmora software and when a window appears on your screen, click on the new project and select the 16:9 aspect ratio of your project.

Step 4: Now import the music video on which you want to react to the Filmora library along with your reaction video. You can do this by clicking on the file, import, and import media.

Step 5: Now drag the music video from the Library and drop it into the Filmora timeline.

Step 6: Now drag your reaction video and drop it above the original music video in the track.

Step 7: Decrease the size of your reaction video by using the canvas controls in the preview window and adjusting it to any side of the window. 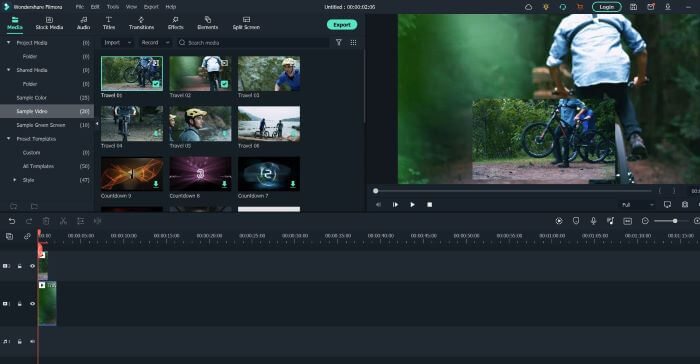 Step 8: If you want to keep your reaction video in a big frame and your music video in a small one, you can do the opposite.

Step 9: If you want to add any effects or call-outs to your video, you can use the rich elements library of Filmora, where you can find hundreds of interactive elements. 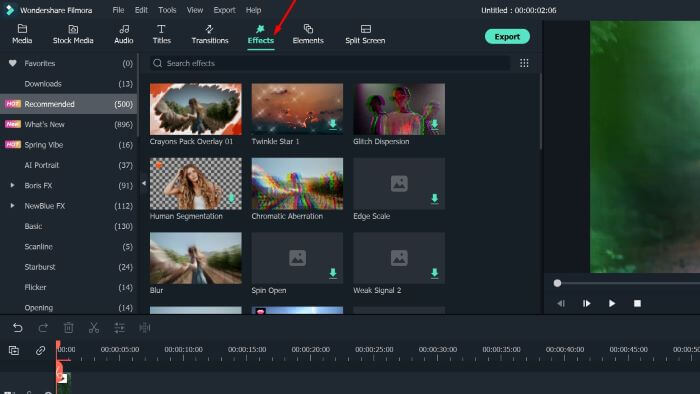 Step 10: Once you have finalized the video, click on the import button and save the video to your computer in your desired format. Once the video is imported, you can share it on Youtube with your audience.

● By following the steps above and using Filmora, you will be able to produce a high-quality music reaction video that can be shared with family, friends, or even your favorite artists. All of the steps above may look complicated when separated into different actions, but they became much easier and quicker when completed together and practiced in order.