Audacity for is a well-known, free, and sophisticated audio editing application that has been around for years. But Audacity is not for Android. The application simplifies importing, mixing, and combining audio files. Audacity, on the other hand, is not accessible for Android users. Not only that, but the majority of adjustments you make are destructive, meaning they are permanently committed to the original audio file, making it hard to recover from errors. Audacity is the first pick for anyone looking for quick-and-dirty audio production. If you want to record music, create a podcast, or are an ambitious YouTuber wanting to publish your first video, you're going to need an audio editing app for Android.

Here are some capable replacements of Audacity for Android that will allow you to perform all of your basic and complex editing tasks on the go. 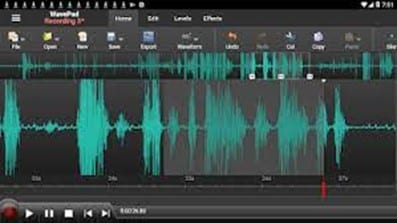 Wavepad is one of the best alternatives to Audacity for Android. This is a free and feature-rich with high-quality audio editing capabilities. The application has a comprehensive set of effects, batch, compression, bookmarking, Audio Unit plugins, scrubbing, batch processing, and spectrum analysis. 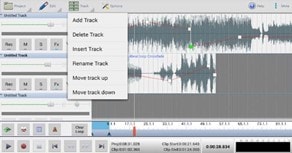 MixPad is a free, easy-to-use mixer studio with professional recording and mixing features that enable you to record podcasts, mix songs, compose music,  record podcasts on the go. The software functions similarly to a digital mixing desk, allowing you to mix your music, vocal, and audio recordings and pan, fade and alter the volume.

Music maker Jam another big alternative of  Audacity for Android. A straightforward beat maker tool that's simple to use regardless of your skill as a musician. The programmer enables you to create and remix beats and songs for any music, expressing your musical abilities and creativity. 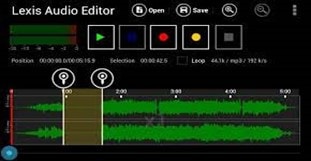 This app is an excellent alternative to Audacity for Android. If you're looking to breeze through any audio editing or mixing duties, the Lexis Audio Editor is a viable option. While the tool is not as strong as Audacity or the other solutions discussed here, it will suffice when you need to splice anything before saving or sharing it rapidly. 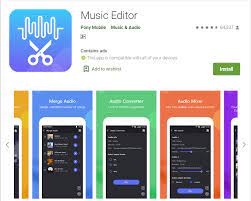 The Music Editor app for Android is a free alternative to Audacity for android that includes a feature-rich audio editor. You can combine two songs, alter the volume levels, and compress audio by adjusting the bit, sampling, and channel.

The Audio MP3 Cutter Mix Converter and Ringtone Maker is a robust and feature-rich audio editor. With the program, you may cut, mix, and merge audio files, edit metadata fields such as the title of a music album or the artwork for the cover, and convert between formats. 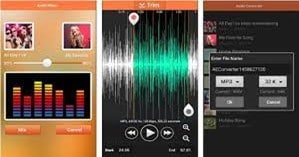 AudioLab is the most advanced, current, and quick, professional audio editor and ringtone creator on the market, equipped with every feature imaginable. AudioLab is a fairly straightforward and easy-to-use alternative to Audacity for Android smartphones.

Each alternative of Audacity for Android on this page includes a comprehensive range of fundamental editing options essential for audio manipulation. While any of these seven apps should be capable of performing modest modifications, your final choice will depend on the task at hand and your level of skill.

If you are thinking about a software that you can run on PC, then the only software that is most suitable for all these purposes is Wondershare's Filmora. Filmora is a capable video or audio editor with impressive features. With the simplified editing process, users can concentrate on being creative. Filmora X is one and the only platform that you will need for all your voice and video editing needs.