Entertainment is a crucial part of an average man's life. It includes comic videos and music songs that limit stress and create a positive environment. Therefore, it is essential to access great music songs through the best social website in the world. Facebook is one of the most famous social apps taking the audience to the edge of their seats.

The article takes complete responsibility for introducing the top 10 Facebook music videos and their views, basics, and position on the charts. Wondershare Filmora would be presented as the smooth and streamlined video editor. Henceforth, without waiting any longer, let us dive right in!

There is always a secret ingredient in the videos that make them viewable. Apart from the content, the singers, video quality, and effects create a magical moment for the audience. These Facebook song videos have made life interesting for a dull and mundane employee on a Wednesday night.

The section takes the liberty of introducing the most viewed Facebook music videos globally. Get ready to enter the world of glamour and drama.

The first favorite song that gained popularity on Facebook is Despacito. With more than 6.15 billion views, Despacito was created with Luis Fonsi and Daddy Yankee. Establishing a new record on Facebook and globally, one can view dance sequences, club scenes, palm trees, and glamour.

Despacito had a music composition as it had a mix of Latin and Caribbean languages. The pop vocals with traditional and rap make the song so catchy. 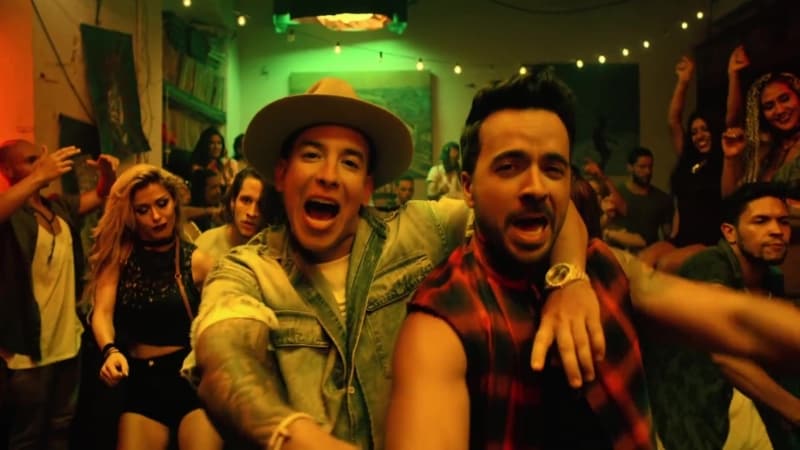 The second most viewed FB music video sung by Ed Sheeran is Shape of You. With more than 4.17 billion video views, the melody of Shape of You used the pentatonic scale, which is one of the most popular ones of the lot. It is considered the happy song that showcases the story of an athletic couple in the magical 4 minutes.

The Shape of You displays a solid female empowerment message as a compelling love story. The song was released in January 2017. 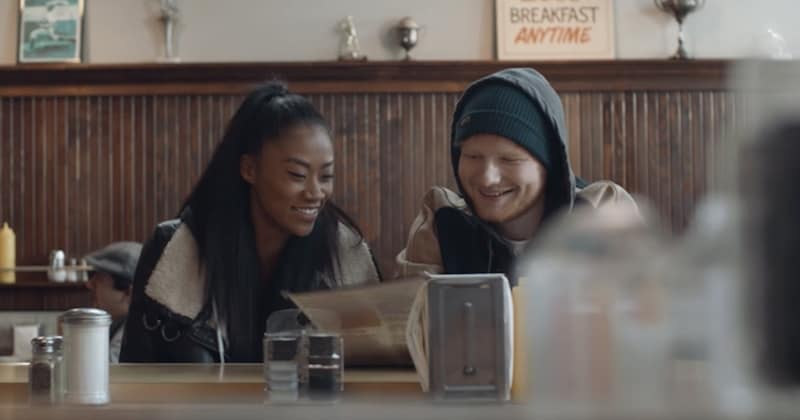 See You Again is still making leaps and bounds on the internet. As sung by Wiz Khalifa featuring Charlie Puth, See You Again was the primary song of Fast and Furious 7. The song was a tribute to Paul Walker, who died in a terrible car crash. Released in 2015, this Facebook music video sends the message of lifetime and friendship.

With the charged vocals of Charlie Puth and deep raps from Wiz Khalifa, the song took the third number on the graph sheet with 4.08 billion views. 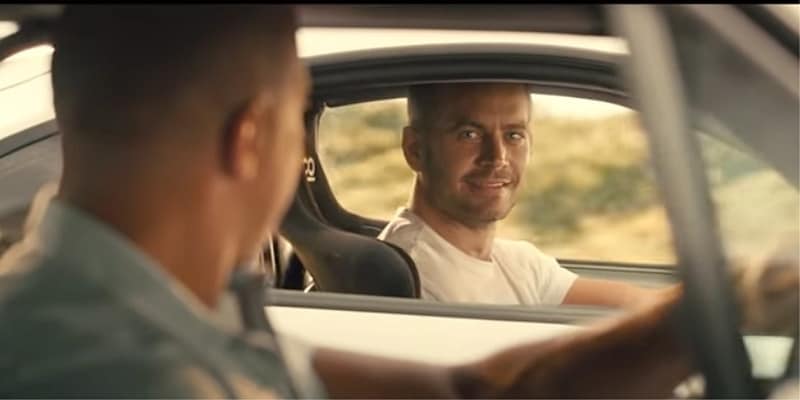 The first one lacks a chorus and slower tempo that differentiated this from the crowd. The song gives old-school and nostalgic vibes to the audience. Resultantly, the track moved the music world and took it to a new era. 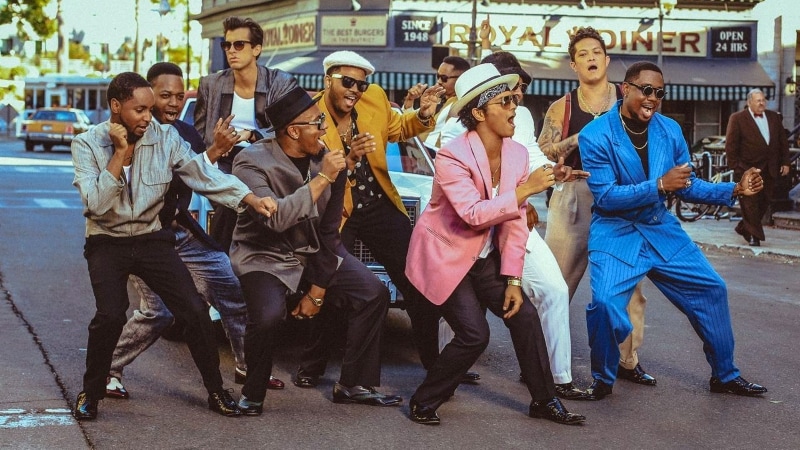 With more than 3.3 billion views and released to the world in 2012, it left a profound impression on Facebook users, most of whom were Korean. Being undeniably catchy and offering a quirkiness to the viewers, Gangnam Style refers to people living in Korea. They were trendy and had a class which the music video showed effortlessly.

Gangnam Style has silly dance moves that create an aura of excitement and help the audience forget their worries. The song came from Psy, who is enjoying international fame. 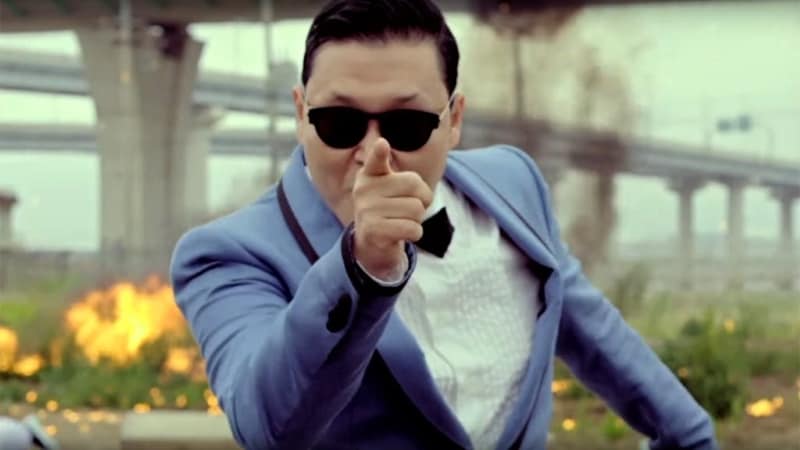 The next appealing music video on Facebook that changed the narrative of vocalists worldwide is Sorry by Justin Bieber. Acing the charts with 3.1 billion views, this Facebook music video was launched in 2015. Justin Bieber confirms that the song's lyrics refer to the apology to a girl.

The music video doesn't cover Bieber, but an all-female crew danced in neon outfits and made people go insane. The vocals of the music compel you to dance with the beats. 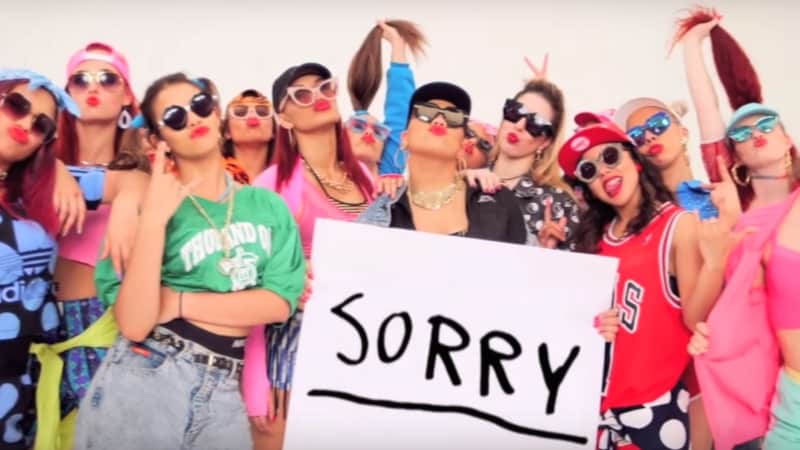 Faded by Alan Walker received popularity from 3 billion audiences that got insane with the idea of the song. As a happy yet emotional song, Faded is appropriate for uplifting and sad situations. Introduced to the world in 2015, this FB music video offers tranquility and calm, taking the audience to a multiverse.

As of July 2021, Faded was the most streamed song on Spotify. It has a soothing vibe which made it popular among NCS fans and EDM enthusiasts. 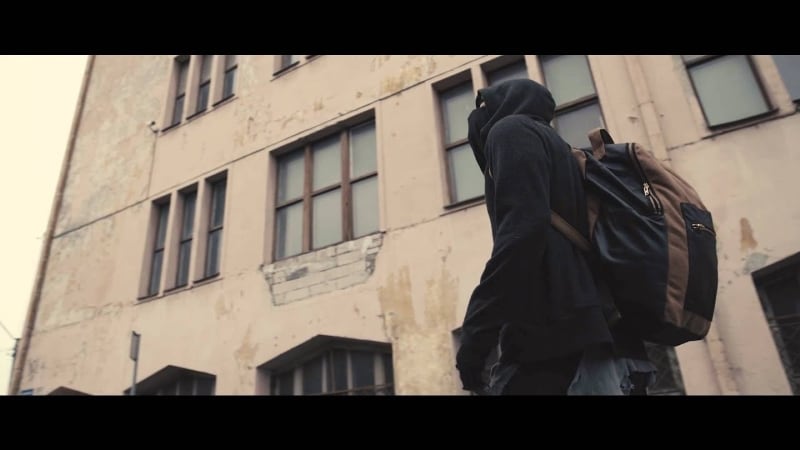 Presenting another remarkable song from the Maroon 5 band, Sugar got viral in seconds. One of the most remarkable reasons for the song's popularity was that the brand crashed weddings and performed a mini-concert in Los Angeles.

Most people consider this act was a fake way to gain followers, but the 2.94 billion views on the song suggest otherwise. It got released in 2015 and is still listened to by the loyal chain of fans. 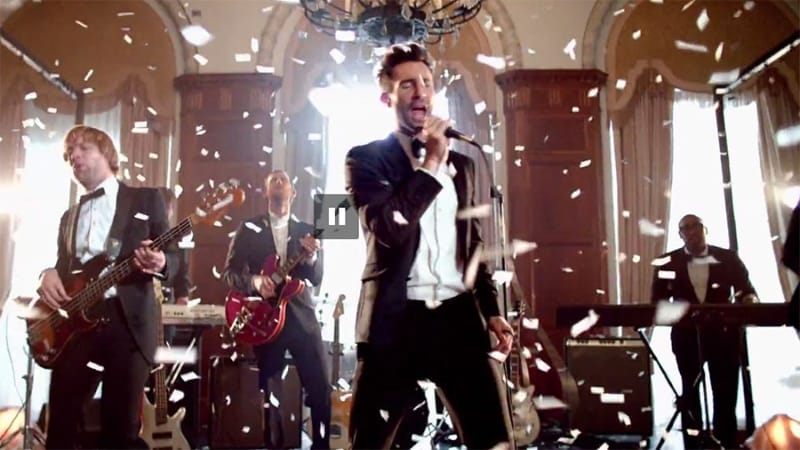 Roar by Katy Perry was one of the lot's most influential Facebook music videos. Being a single lead made the song get the hype it deserved and reached 2.8 billion views in a heartbeat. As launched in 2013, Roar was nominated for the Grammy Award for Best Solo Performance.

It is a song that works on enhancing women's strength to empower themselves and get independent. Katy wrote it as she was undergoing therapy. Moreover, the song sends the message to the women to stand up for themselves and create noise in the world. 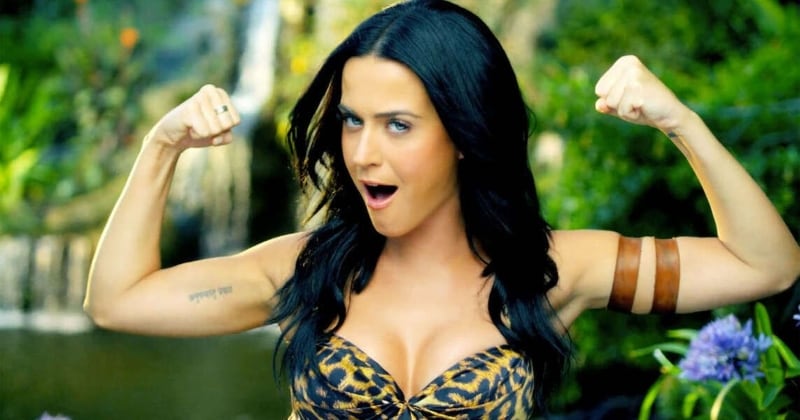 Making its way to the top 10 Facebook song video, Shake It Off was brought to us by Taylor Swift. Taylor is known for showcasing black stereotypes in her content, creating controversies for her singing career. However, this controversy helped her achieve her goals as 2.76 billion people viewed the song.

Shake It Off gives a strong message to the outside world to let of the petty things and problems that slow you down. As of 2019, the song has sold 5.4 million copies in the United States. 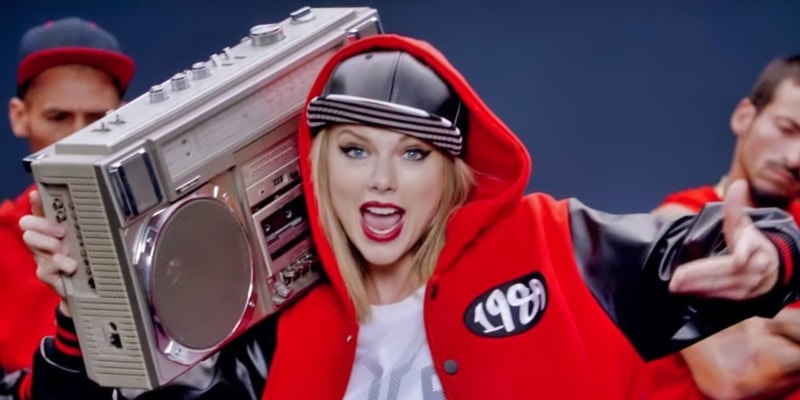 Making a Facebook song video comes up with multiple challenges if an amazing video editor is not used. It is crucial to make the song video appealing to a large audience population. It can only be achieved through a remarkable video editor that ensures a balanced and interactive interface with advanced features.

Wondershare Filmora is a renowned name of the industry and needs no introduction. The film and drama industry is familiar with its usage because it has made playing video an absolute treat. You can change the background, add animations, insert glitchy effects, and bring elements to take the video to the next level.

We have got you covered if you are unaware of how Filmora operates in making FB music videos. Allow us to walk you through the step-by-step guide.

The first step revolves around downloading Wondershare Filmora from the web. As soon as it is launched, head to the "File" menu and click on "Import Media." From there, press "Import Media Files" and input the targeted song video. 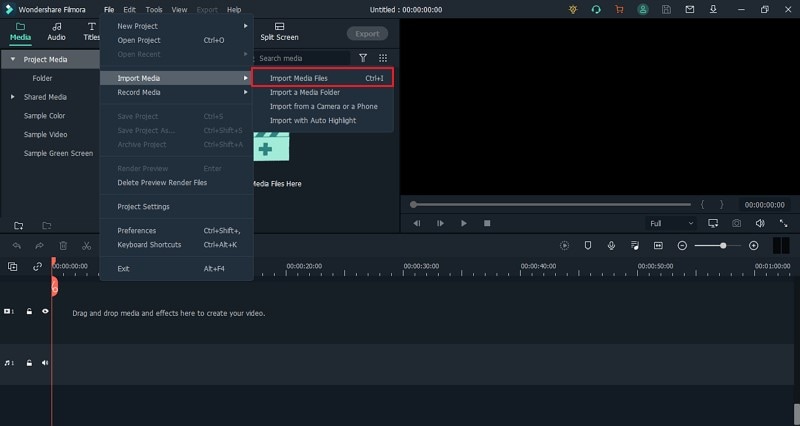 Drag the video to the timeline. Right-click on the video from the timeline and navigate to the "Audio," where you are expected to detach the audio. In this process, the video's audio will be separately shown on the timeline. 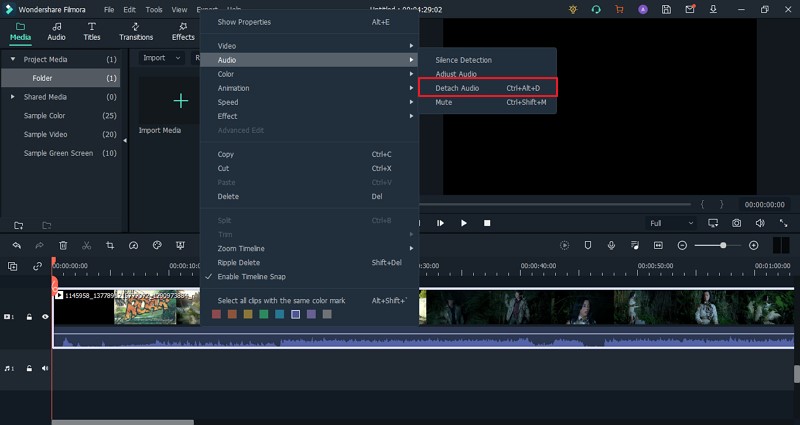 Again, right-click on the audio from the timeline, and press "Delete." The audio has been taken care of. It is time to input your music into the video. To do so, go back to the "Files" section and import the media. 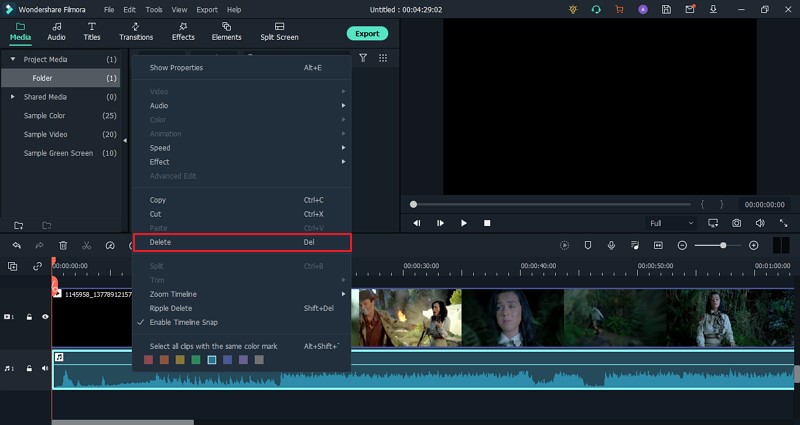 Input the music audio and drag it to the timeline. The user can adjust it to ensure effortless syncing. After that, move the cursor to "Export." Choose the Facebook compatible format and hit "Export." The process is concluded. 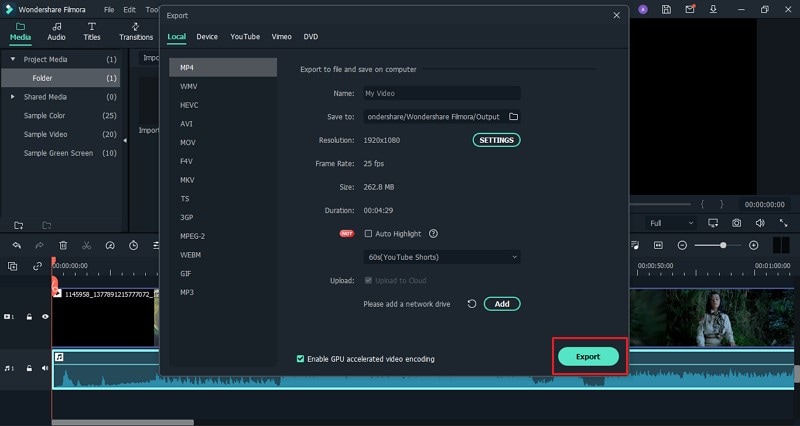 Music has become a significant part of the entertainment industry. Without it, every day would be dull. The music industry is filled with top-notch singers and vocalists bringing innovation to our lives. Therefore, the article discussed the top 10 FB music videos welcomed by the world with open arms.

Additionally, Wondershare Filmora was also introduced to act as the perfect video editor in the business. The guide shall help creative professionals change Facebook with their creativity and imagination.