How to Make Slow Motion Videos on Instagram Reels

Nowadays we see a lot of slow-motion videos on the internet or even on TV programs because it is amazing and attractive to watch. The action looks so slow that you think everything has stopped moving but in reality, it hasn't – just slower than our eyes can normally perceive.

Slow-motion video is popular on Instagram Reels as well. In this article, we will show you how to

Part 1: What is Slow Motion?

Slow-motion can be achieved by either dropping frames from a video sequence, or simply playing the existing frames in slow succession. It lets you capture some fun clips by turning everyday things into something special. For example, water droplets falling and causing different effects as they splatter and spread can be really fascinating to see, just like paint dropping onto a giant canvas.

That's why it is very important to use high-resolution recording when shooting such video to prevent the stuttering effect. The higher the frame rate, the more we can slow down the action without noticeable jarring because each frame will be captured in more detail.

Part 2: How Does Slow Motion Work On Instagram Reels?

Instagram Reels is a new feature within the Instagram app where users can create short 15-second videos and add them to their Instagram Stories. The new tool plays with time and motion in a creative way by letting you record clips but only keeps the last 15 seconds. While this might seem to limit at first, it actually opens up some creative possibilities for creating interesting vignettes. But how does the Instagram reels slow motion function work?

The secret behind Instagram reels slow-motion lies in its audio features. When recording a video, regardless of whether it’s in normal or slow-motion mode, you’ll be able to select songs from any music library that’s available on your device, add sound effects, and add voiceovers. Instagram takes advantage of this by speeding up the audio to a normal speed when you’re recording in slow motion and then slowing it down just enough so that it sounds natural when you playback the video at 1x speed. This means that your Reels videos will have a consistent volume even if you choose a song from a playlist with differing volumes.

This gives Reels users an interesting option: they can use songs from playlists where each track varies in terms of volume, thus creating some sort of visual story-telling through their 15-second clips.

But that’s not all; once you’ve recorded your video, you can add filters and editing tools to give it even more life.

Part 3: How To Make Slow Motion Video On Instagram Reels?

Instagram Reels is a feature that lets users create short videos consisting of multiple photos or clips placed together in order of their choice. The reels can be created from posts made by the user as well as from the user’s camera roll containing photos and videos taken before. These can even be edited further to add some filters or text to them. Once you are done creating a reel, you can share it on your Instagram story for friends and followers to see.

First, launch the Instagram app and swipe right to reach the camera page. Alternatively, you could tap the Story button in the top left corner.

Now tap ‘Reels’ in the bottom panel beside ‘Story.’ You can select the time from here. The maximum time allowed is 60 sec for a reel. 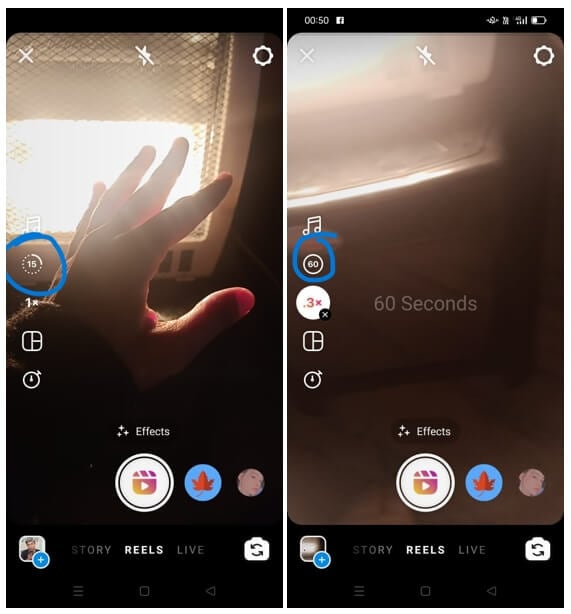 When recording a slow-motion video on Reels, you need to set the speed before you record the video. To do so, tap the ‘Speed’ button below your selected photo or clip-on Reels and select either 0.3x or 0.5x from the two options.

Tap the camera button beside the ‘Speed’ button to take a test shot and see if you are satisfied with the speed. If not, either change it or tap the x on top to cancel this particular video. Once you are happy with your speed, tap on the red record button next to it to start recording your slow-motion video.

While playing back your slow-motion video, swipe left or right on the screen to play at normal speed as well as 0.3x and 0.5x speeds, respectively, for comparison purposes. Keep swiping left and right until you find the perfect playback speed for your clip. You can also pinch inwards or outwards while watching a slow-motion video to adjust what you see in its frame at a particular time.

To stop recording, click on the red button. You can see a preview by clicking on the Preview button. 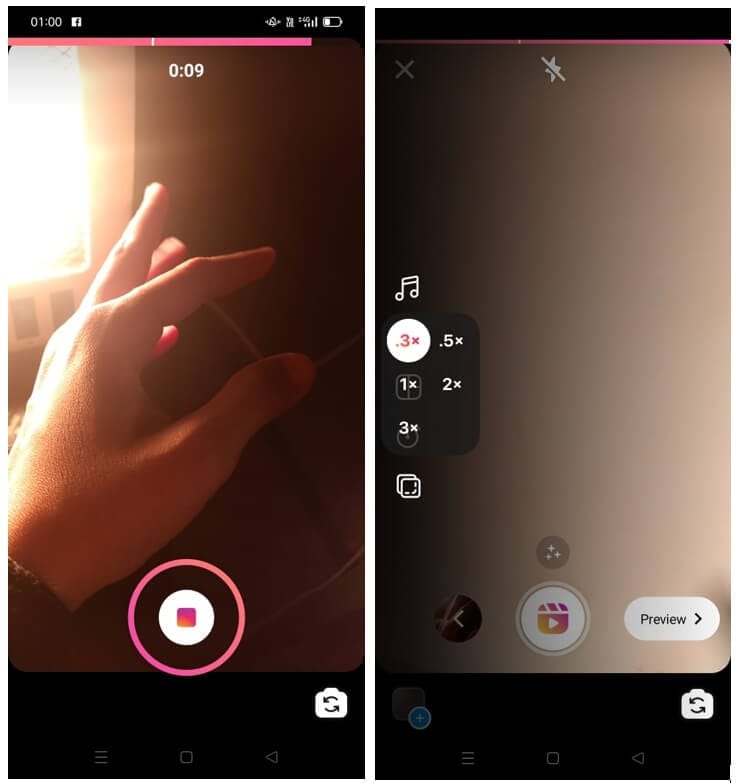 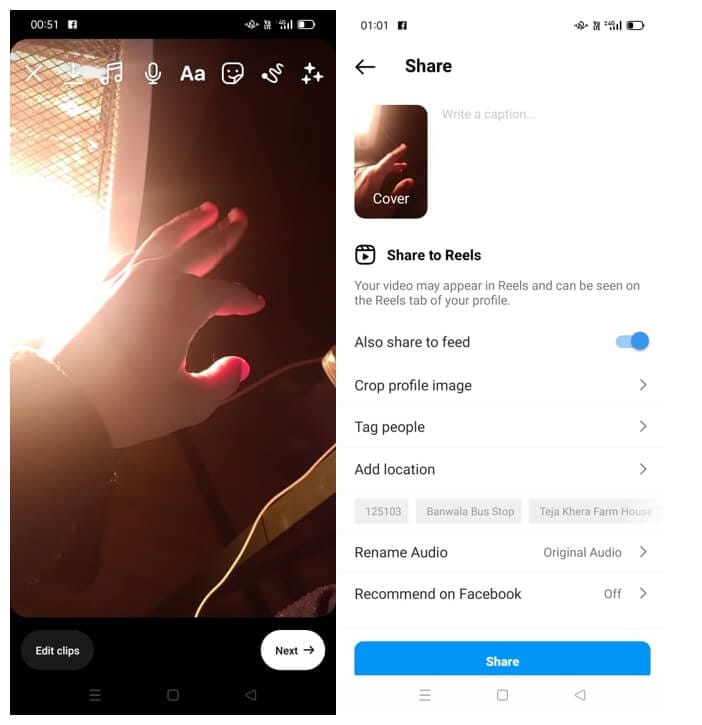 Since the playback speed is not the only factor responsible for making videos look really slow-motion, it is equally important to ensure that your shots have an ample amount of action and motion in them. This way, when you choose to play them back at regular speeds or slower ones, their contents will be discernible enough to make a lasting impression on your audience. Depending on the kind of video you want to shoot, simply increase or decrease the number of clips that you use as well as their duration.

So, what more should you cater to understand how to make slow motion reels on Instagram?

When editing videos using Reels, make sure they don’t consist of too many unrelated photographs and videos. Try to make a video containing a single concept if possible; otherwise, it will be difficult for your audience to follow. Also, you can add effects or filters before publishing them on the platform, based on which they will look more impressive. In addition to this, you can also create longer slideshows of multiple reels by simply playing them one after the other either in the same order as that in which they were stacked together or by shuffling their order.

Play around with these settings and see what works best for you.

Part 4: How To Record Only Part Of A Video In Slow Motion On Reels? 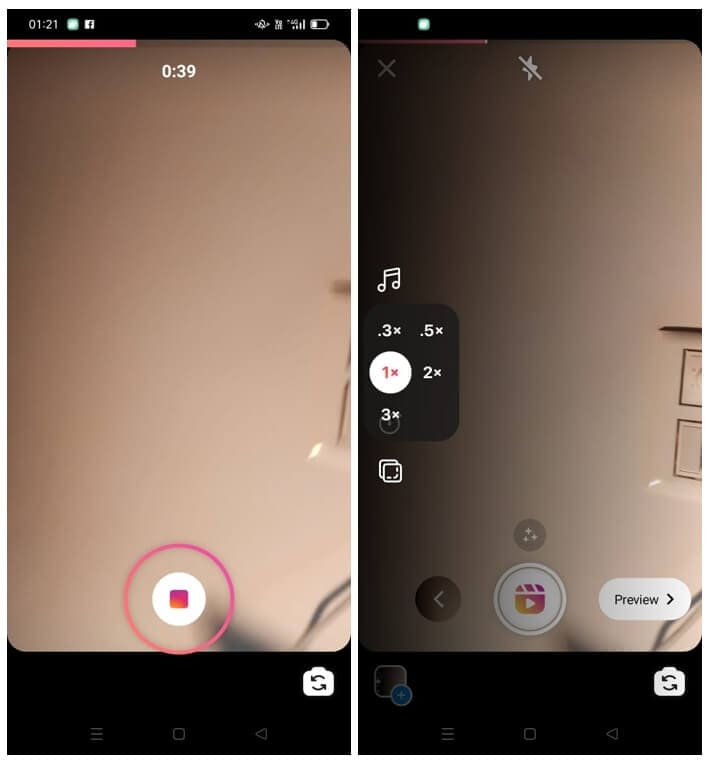 Part 5: How to Convert Normal Speed Video to Slow Motion For Reels?

If you want to slow down a clip for emphasis, follow these simple steps: 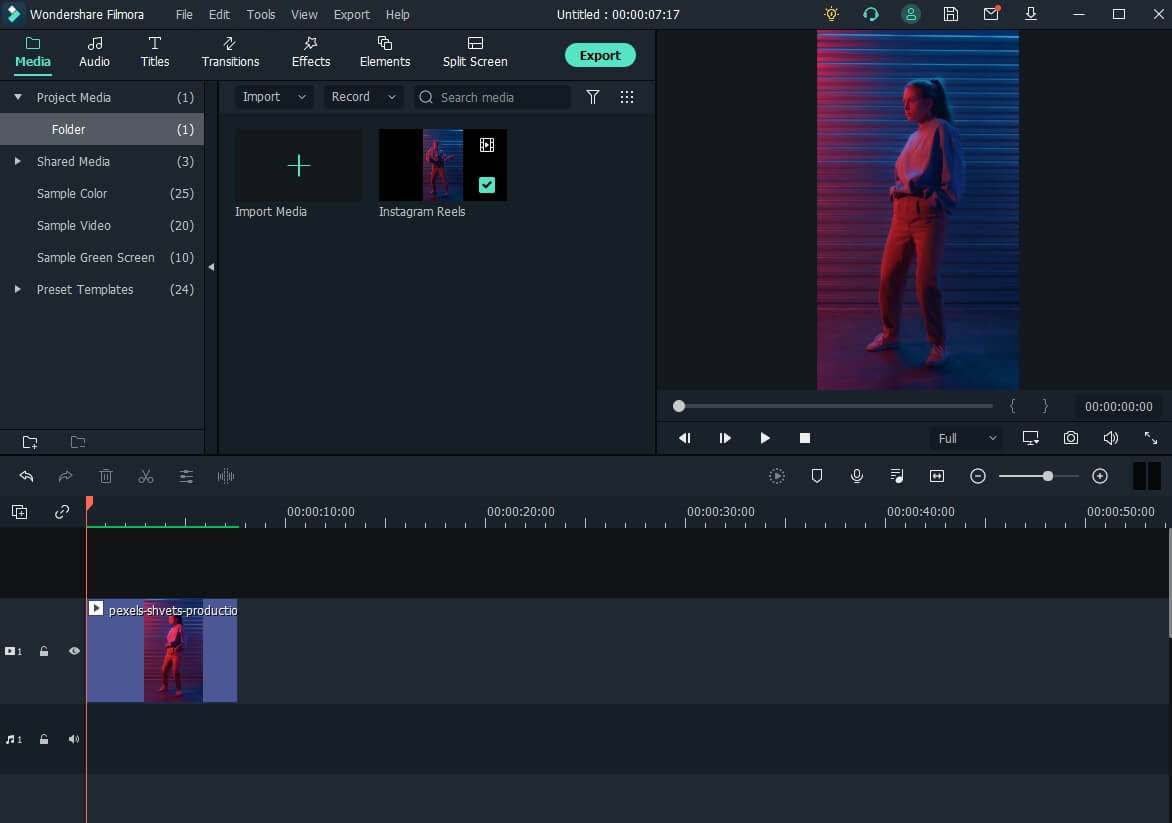 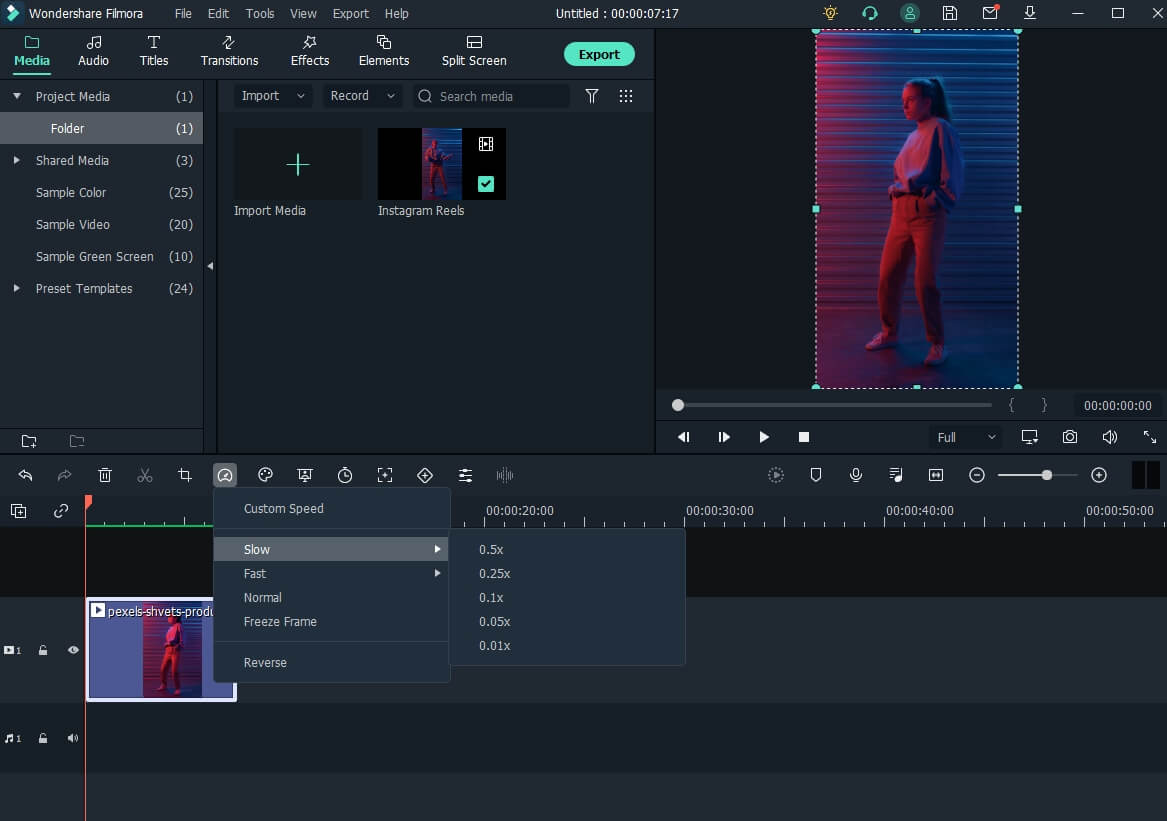 Wondering How to Speed Up Video on Instagram through your desktop, Android, or iPhone? If so, you're at the right place because this article has some valuable tools and tips for you!

Learn how to make Instagram reels that stand out in the crowd. Make your profiles shine by using video editing apps to enhance your videos. Read the ultimate guide to find the best Instagram reels video editor.