How Can You Create Animated Facebook Ads With High ROI?

Branding is a common element within social media platforms. With platforms such as Facebook, many companies have considered branding an effective technique of getting customers out of such social media platforms. As a general concept, advertisements are not acknowledged by many users within their videos and other content. However, to get your customer's attention, it is quite important to develop ads that can be profitable.

Animated Facebook ads have taken a direction acknowledged by many users within the social media platforms. These advertisements are believed to provide high returns to companies who consider branding through such methods. This article intends to discuss creating the best animated Facebook ads that would provide high ROI with an introduction to techniques that can effectively guide them into designing such advertisements.

Wondershare Anireel is an easy and simple way of creating animated videos and advertisements. While explaining your brand to perfection, you can use different animated characters and elements to make your advertisement look ravishing to the viewers. As the expected outcome for the users are high ROI Facebook ads, it is quite important to understand the dynamics of using the platform.

While moving into the details of using Anireel for your Facebook ads, look into the following steps of utilizing the animated templates to perfection. This step-by-step guide will help users design their best animated Facebook ads.

You are required to download and install Wondershare Anireel across your device. Once done, launch the software on your device and proceed to select a thumbnail within the provided Template Library according to your desired ad. 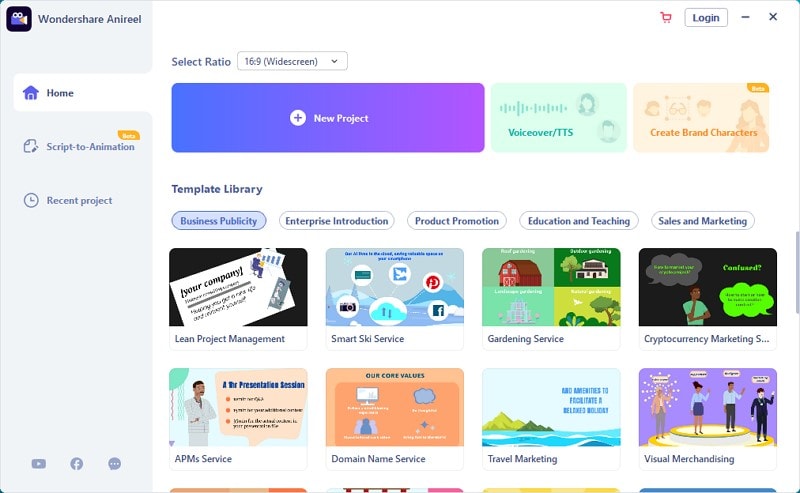 On selecting a template, a button showing "Use This Template" appears on the screen. After clicking this button, the template automatically downloads and opens across the video editing canvas. These templates are a complete collection of animated characters, props, video, and audio resources. 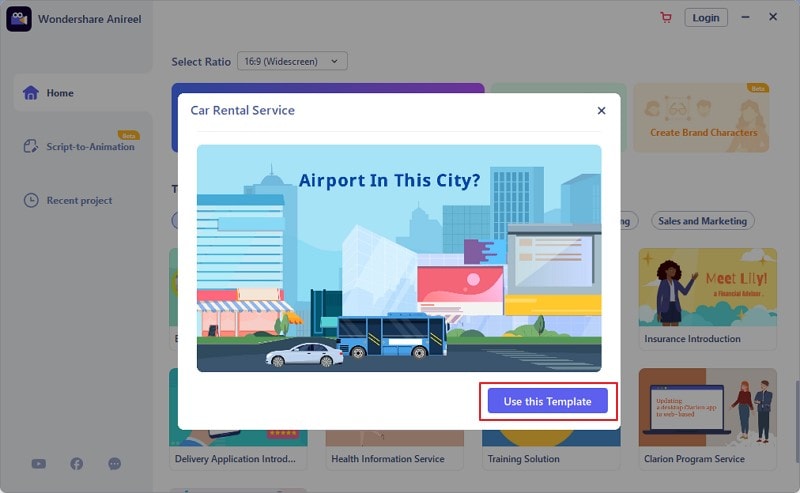 The user can effectively edit anything across the template to design it according to their required Facebook ad. Anireel allows them to work across the backgrounds, scenes, characters, props, text, and music. The users can also import elements of their choice within the template. 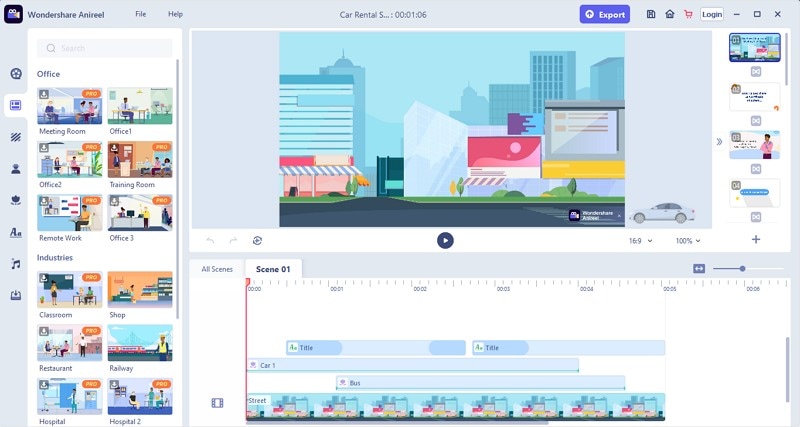 There are several advanced options available across Anireel to work with. Users can consider opting for the script-to-animation feature and even move towards lip-syncing for highly advanced functions. Anireel also provides them with the option of utilizing the text-to-speech feature and working through the Character Builder for designing according to their choices. 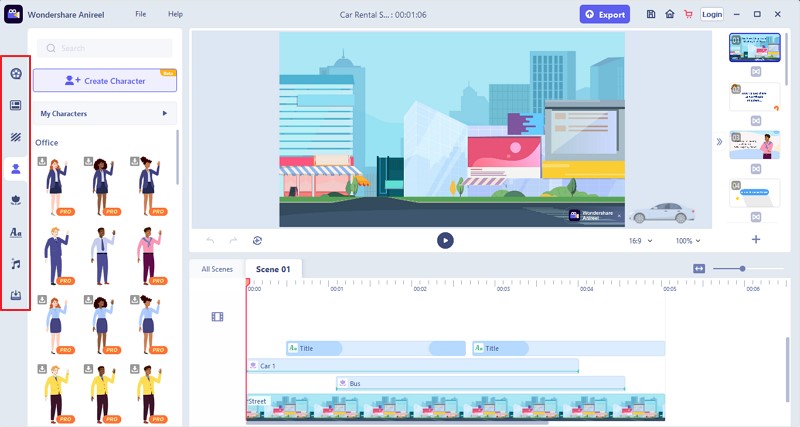 Once done, the user can simply save their project file as MP4. For this, they need to click on the Export” button and proceed by saving the project. 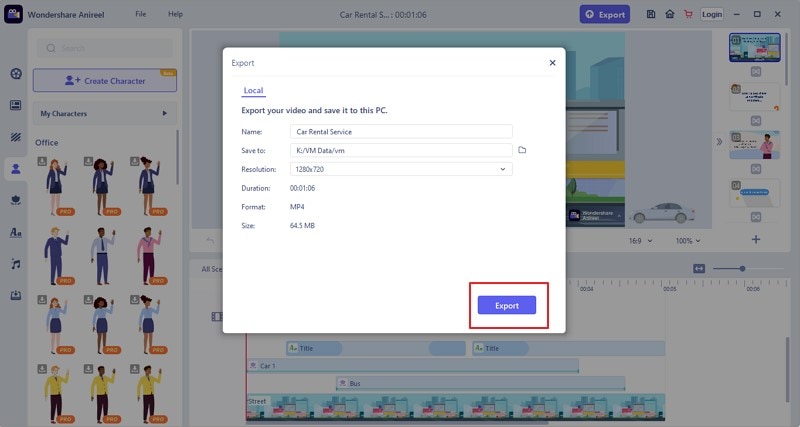 While setting up an advertisement, it is very important to understand the audience that will be interacting with the advertisement. As Facebook can be effectively utilized for targeting a specific audience, thanks to its targeted ad campaigns, the design of the animated Facebook ads needs to be highly relevant to the audience that is to be subjectively discussed within it.

Displaying ads at the perfect time gives you the best returns, all in all. Users need to look through their Facebook Analytics and come up with the best options of time scales that will be used for running ads across their accounts. With times having the highest traffic, brands can expect the highest returns across these time periods.

The use of Facebook Canvas Ads is believed to be highly profitable in terms of the numbers associated with it. People have reportedly explained a considerable percentage of viewers to be looking into Canvas Ads for a greater time as compared to other advertisement styles. Although an advertisement contains the appropriate videos, photos, GIFs, and call-to-actions, defining the style and format of the advertisement holds similar importance.

Animated ads are not generally focused on adding realistic frames and videos within them. However, adding social proof across your ads makes them more relevant and acknowledged by the consumer. People usually look for realistic proof before trusting a certain brand. Having such social proofs within your ads that would build up the trust of the consumer is promoted on all scales.

Retargeting campaigns is not a common concept among most users. People usually work across their product and fail to gain the attention of their visitors. However, with the use of retargeting campaigns, people who are generally aware of the tool or product can be allured back into the system with ads that would be highly interactive. However, users need to make sure that the message within the ad is still relevant to their cause and target audience.

Creating Lookalikes of Your Audience

After setting up a proper target audience for your product or service, the user needs to proceed with setting up their lookalikes of the defined audience. Using such an approach is generally consistent and highly profitable, as this would help brands reach out to the problems of the audience and help them target the points that would effectively bring the attention of the viewer into the system.

Do a Clear Analysis of the Competitors

It is quite important to be aware of what your competitors are up to. For this, an analysis of the ads of competitors is necessary. This would help you point out the reason that led to the success or failure of their advertisement. Following this, you would realize the factors that would help you ensure the success of your ad. Users need to work on making sure that the elements and techniques used across their ads are completely relevant to the animated Facebook ads standards.

With a clear knowledge of how to create animated Facebook ads to perfection, along with the tips that would help users make the best out of their ads, several other techniques can be utilized to maintain the high outputs. Wondershare Filmora features some of the most efficient editing tools that can be adopted for developing the best-animated ads.

Users can work across their playback speeds across Filmora. While setting up their desired options, they can also work across the voiceover across these animated ads. As most platforms lack such editing tools, the use of Wondershare Filmora effectively allows them to design such advertisements which are highly attractive to the viewer’s eye. Following this, the user can also make use of different effects and transitions within the ads. 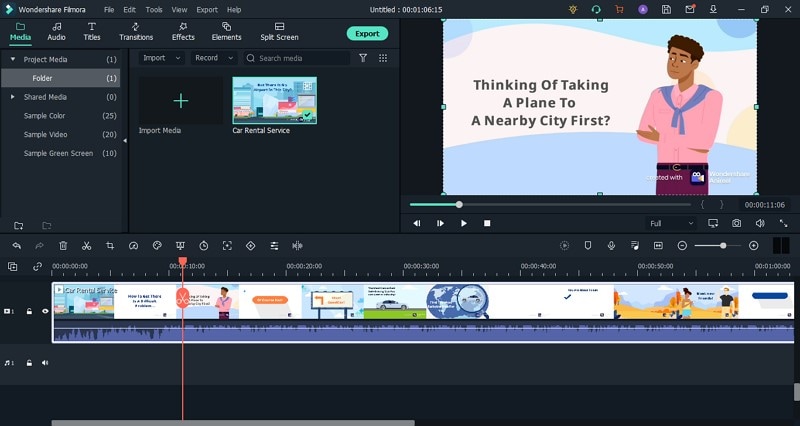 If you are not satisfied with the advertisement texts, you can surely look for more text preset options across Filmora. While offering a variety of texts, the user can also work across the appearance of the selected text. These layering across the complete animated ad makes it highly useful for the brand's acknowledgment.

Different elements can be made use of within Wondershare Filmora. To make the best animated Facebook ads for your brand, you should surely consider working with such tools for high ROI.

This article has featured a detailed discussion on making animated Facebook ads. While offering an introduction to an animated video editing tool, a guide on how to make the best-animated ads for your Facebook account has been led within the article. Users should go through the discussion to come up with ideas that would help them make animated ads with profitable returns.