How to Record & Add Voiceover to Videos

Have you ever wanna add your own voice to video , make a voice over demo for uploading and sharing on social network sites or create a documentary for some important stuff? You can do this as long as you have nice video editing software like Wondershare Filmora Video Editor.

The voiceover function in Filmora video editing software allows you to record your own voice or add voice over file to video easily. You can custom the pitch, speed, and volume of the recorded voiceover, apply fade in and fade out effects as well. In this post, I’ll share how to record and add voiceover to a video with Filmora on your computer.

Check the tutorial about How to Edit Audio in Filmora

Part 1: Record Voiceover and Add it to Video

In most cases, we recommend you to record the voiceover first so the sound will be more natural. In the following part, I'll show you how to record Voiceover in Filmora.

Plug the microphone into your computer when you’re ready to get started. It's better to use some professional external microphones to capture high quality sound.

Installing Filmora on your computer, click the Wondershare Filmora icon to launch it. In the starting interface, click New Project to create a new one. Go to the Record tab, and then click “Record a Voiceover ” option to arouse the Record Audio windows.

Installing Filmora on your computer, click the Wondershare Filmora icon to launch it. In the starting interface, click New Project to create a new one. Go to the Record tab, and then click “Record a Voiceover ” option to arouse the Record Audio windows.

To edit the recorded voiceover, click the it in the audio track and a new window will pop up for you to adjust audio settings, such as change the Speed, Volume, Pitch, etc. of the voiceover.

You can trim, cut out unwanted sound section from the recorded voiceover, or apply the fade in and fade out effect to the voiceover for smother transition.

Creative Audio Editing: How to Change the Recorded Voice

Now, it’s time to sync the recorded voiceover to video to make a video. Since Filmora supports up to 100 audio tracks, you can now add some background music to the voiceover as well.

Then import and drag-n-drop the video footage to the video track, drag and drop the sound track to the right position to fit your video. You can keep the audio and video track in the same length if needed. 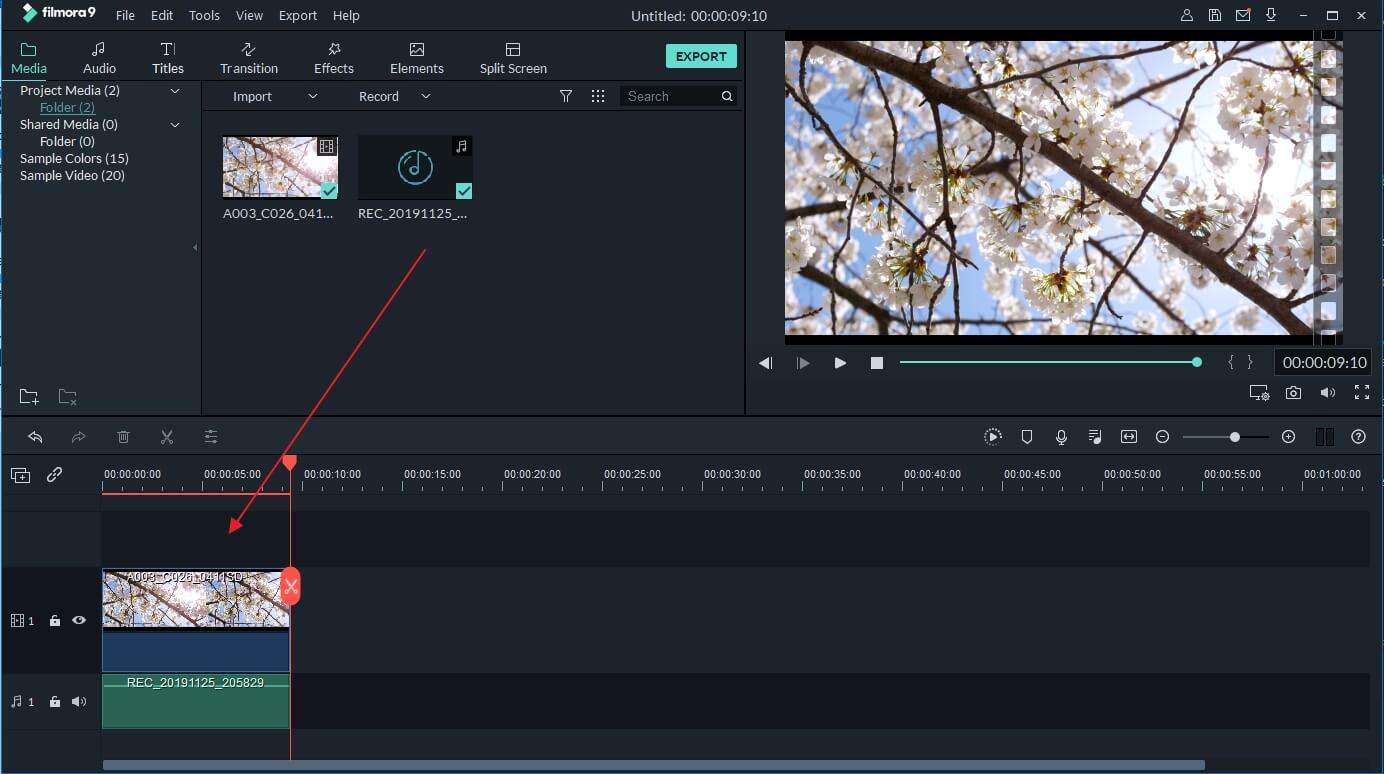 Note: If you’ve recorded the voiceover on your iPhone or other device already, and want to add it to the video, you can import it in the Project Library and then sync it to video.

To attract viewer’s attention, sometimes, you may need to add some titles or subtitles to emphasis the key points. Here is the detailed steps about how to add titles to video. 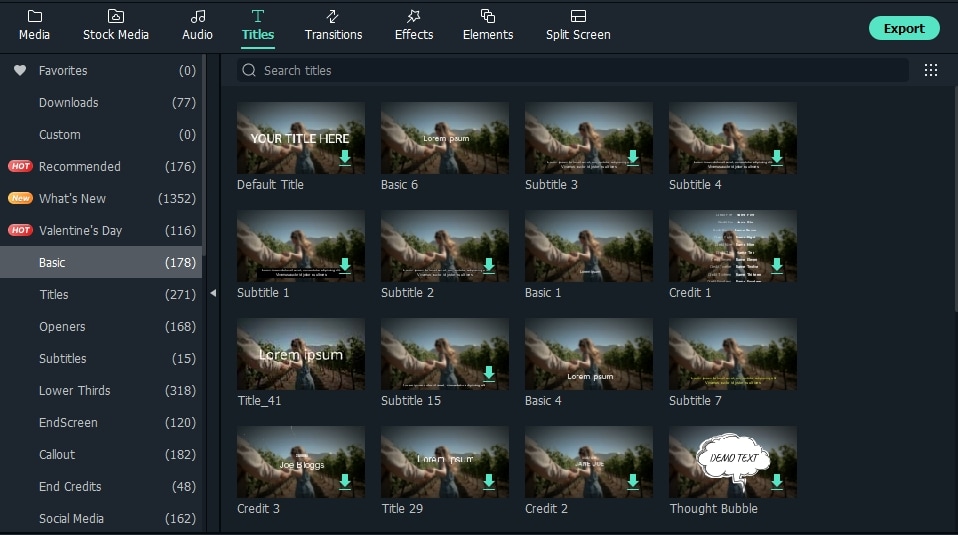 5. Export and save the new file

Check your video in the right previewing window. If you're satisfied, click "Export" to export your new video file. You can either save the video to various formats or directly share it on YouTube and other social media platform. Moreover, you can even burn a DVD disk in minutes to watch it on TV. 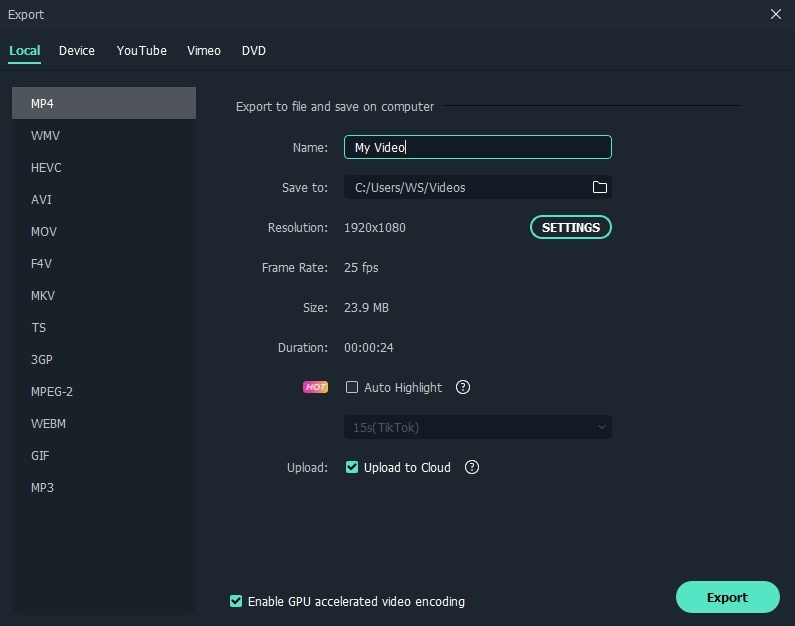 You see, with Wondershare Filmora video editor, it’s that easy to add a custom voiceover to video. Now master this feature and open a world of new possibilities for your video making!

Part 2: How to Record and Add Voiceover File during Video editing in Filmora

If you’ve recorded the voiceover on your iPhone or other device already, and want to add it to the video, you can follow the steps below:

1. Import the video to Filmora

After entering the Filmora main editing interface, click "Import" or drag and drop your video and voiceover file to the project library.

Filmora video editing software supports a vast range of formats, so you do not have to convert the files before importing. When all the files are imported, drag and drop them to the Video Timeline.

If you're editng video and want to record voiceover in real time, you can also click the Record icon to start the recording.

Place the Playhead to the position where you need a voiceover, and then click the Microphone icon in the toolbar to start.

As before, the recorded voiceover will be added to the audio track automatically.

Note: To start a new record on the Timeline, you don't need to close the dialog, just move the Time Indicator to another position and record a new voiceover.

Just like what we said before, you can then edit the recorded voiceover to fit the video perfectly and then export it to your computer or upload to YouTube directly.

Filmora features more audio editing tools for improving the sound. Below is a video tutorial for applying fade in and out transition in Filmora. Download the trial version to test yourself.

Thank you for your comment. We will review it within few days.
You May Also Like
How to Record and Add a Voiceover in iMovie

Follow this iMovie guide to learn how to record and add a voiceover in iMovie to better illustrate your movies so that the viewers can understand you.

Video Voice Changer: How to Change the Voices in Videos

We will show you how to change recorded voice or the original voice in an existing video/audio with Wondershare Video Editor. Besides, you can also find 3 best video voice changer app, Check it out!