How to Write A Script for A Short Film?

We love watching feature and short films, but we have no clue what these terms mean. A short film is a short motion picture but conveys the whole meaning. They have a distinct beginning, climax, and end. In addition, they have a clear focus with one or two locations and characters. Short films can be animated, computer-based, or live-action.

The article lets the readers know how to write a script, and several tips will be introduced. So, let us begin!

Part 1: 10 Tips to Write a Script for a Short Film

A short film has to be impactful and offers depth, but it is a challenging concept. The time is limited as the most extended length of a short film is fifty minutes. The process of writing a script is complicated but not impossible. For the same reason, the section introduces ten practical tips on how to write script. So, let us commence, shall we? 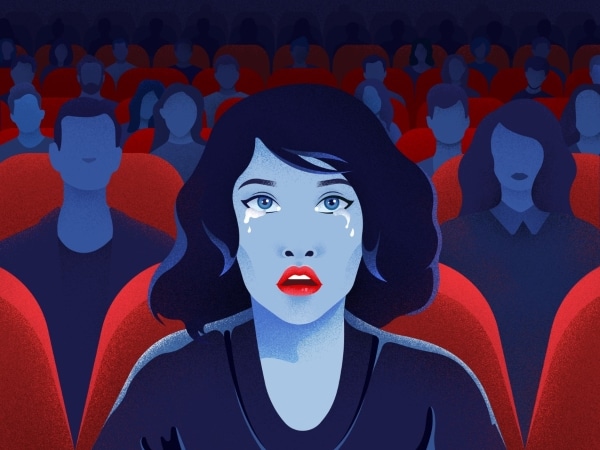 The concern of how to write a movie script comes far behind. First, focusing on one topic that imparts a single message is mandatory. While writing a script, make sure that you do not incorporate an unrealistic and artificial story. Use your words to create an authenticity that touches the heart of your audience.

Additionally, conveying a message that doesn't confuse the viewers is necessary. It should be focused and clear.

How to make a script that is visually appealing and engaging? You may have often heard the quote, "show, not tell," when it comes to short films. Some of the scriptwriting basics are that use strong visuals as body language speaks volumes. Therefore, use natural human interaction to make the audience understand what is going on.

Apart from this, the script should be engaging. It covers some of the most critical realities of life and helps grab the viewer's attention multifold.

Compelling Start with a Dramatic Entry

How to write scripts for a short film is a genuine concern. You can write a script that initiates with a clever gimmick or a dramatic moment for starters. The filmmaker has a minimal window to catch the audience's attention. The viewers do not wait until the end; therefore, the beginning of the short film decides whether it is a success or not.

Start with an accident, fight, or a twist in the start. It will help the audience stick to the screen for the next 20 minutes.

Tension and Suspense in the Film

Developing the intensity in the short film has to be the first idea in your mind while writing a script for a short film. Use your creativity to create characters rich in their personalities and who can bring mystery to the scenes.

It means that you effectively use the minimal time allowed to you and sprinkle thrill on the script. Add cuts in the writing to create tension for the audience.

How to write a script for a movie is a burning question for beginners. It is critical to steer clear of cliches because viewers are pretty smart now. They need to watch innovation and distinctiveness in the art. Avoid stereotypes until and unless you have a fresh slant on them. Be creative and inventive.

Steer clear of topics like child innocence, first dates, domestic violence, crimes, dysfunctional families. Go for fresh ideas and give the audience a sigh of relief.

Understanding the target audience is another crucial tip if you want to know how to write a script. Ask yourself who would be watching the film and what your purpose is before starting the writing process. There are multiple demands in a short film. If you are writing for a film festival, you are pretty much bound to one genre and specific audience.

However, if you are writing to earn in the film industry, know about the recent issues that surfaced in the world. Then decide if the viewers want to see it or not.

The first question raised in one's mind is how to write a script format, especially when one is a beginner. The length of a short film can be a few seconds up to 45 minutes long. The editors and stakeholders prefer it around 20-25 minutes because the shorter it is, the more insightful it would sound.

As far as structure is concerned, it shouldn't be complex, and it is not essential to follow the traditional structure of three-act. Make sure it has a strong start, engaging middle, and thought-provoking end.

Brainstorming is yet another primary aspect when it comes to writing a script. Pick a topic and revolve around it to make a compelling story. It is mandatory to have a strong command of writing to communicate powerful feelings.

Use one big idea and create strong characters. It will enrich the play multifold.

Pocket restricts one's imagination. However, writing can minimize the problem. It would be helpful to use one or two locations, and the same goes for characters. It is also not necessary to spend on special effects and cuts.

The writer should consider working on the character's personality more than spending money to make it worthwhile as resources are limited. It would be suitable for creative professionals working independently on a project.

Turning the Character into a Symbol

The creator doesn't have time to show character development in a short film, but the characters should be written so well that the audience goes insane. The vital tip is to turn the character into a symbol, someone the audience can relate to. Present his personality with merit, demerits, and limitations.

The creator can also show the character's enlightenment and use his body language to convey a subtle yet comprehensive message. It will indeed generate an audience.

Filmmaking is a complete art that demands writing, acting, directions, productions, editing, etc. The short films equally need effects, animations, and cuts to develop the anticipated hype. Wondershare Filmora is at your service to do so now that you know how to write a script for a short film.

Filming inside the house without accessing any professional camera gear can be possible with Wondershare Filmora filming tips. There are different hacks that can be proactively carried out to make filming easier for you. To record smooth camera movements with a quick hack, you can tap the phone camera to a door. Essentially, you can also use a transparent water container to give the impression of filming underwater.

If you want to give different colors to the set, have yourself a plastic-colored file and place it on the camera. Use cardboard and cut it into different verticals side by side to give an impression of the window. It does the trick efficiently. It helps change the location and break the monotony. These hacks can be quite fun when film short scripts at your home or some restricted location.