How to Make 360 Videos with iPhone

The advancements in 360 degree video capturing gadgets have created a revolution in this world and now photographers are enjoying the adventurous activities with all this latest stuff. There are so many camera units available in market, that are specially designed to capture spherical videos but the cost also varies with features and brand type. If you are interested to capture 360 videos but are not able to manage your budget to buy such latest devices then also it is possible to create wonders in the world of 360 degree videos. Yes! It is possible with iPhone to capture 360 degree videos and it will result wonderful output. The 360 degree videos can be captured with iPhones and you can also have a preview of those amazing shoots.

Accessories for iPhone to make 360 videos:

An iPhone camera has lots of features but it is not able to capture 360 degree videos by itself, you have to make some additional arrangements. There are some specially designed gadgets and accessories in market that you need to pair up with your iPhone to generate spherical video outcome. Here are few details about the most popular and compatible accessories that you can use with your iPhone to make 360 degree videos: 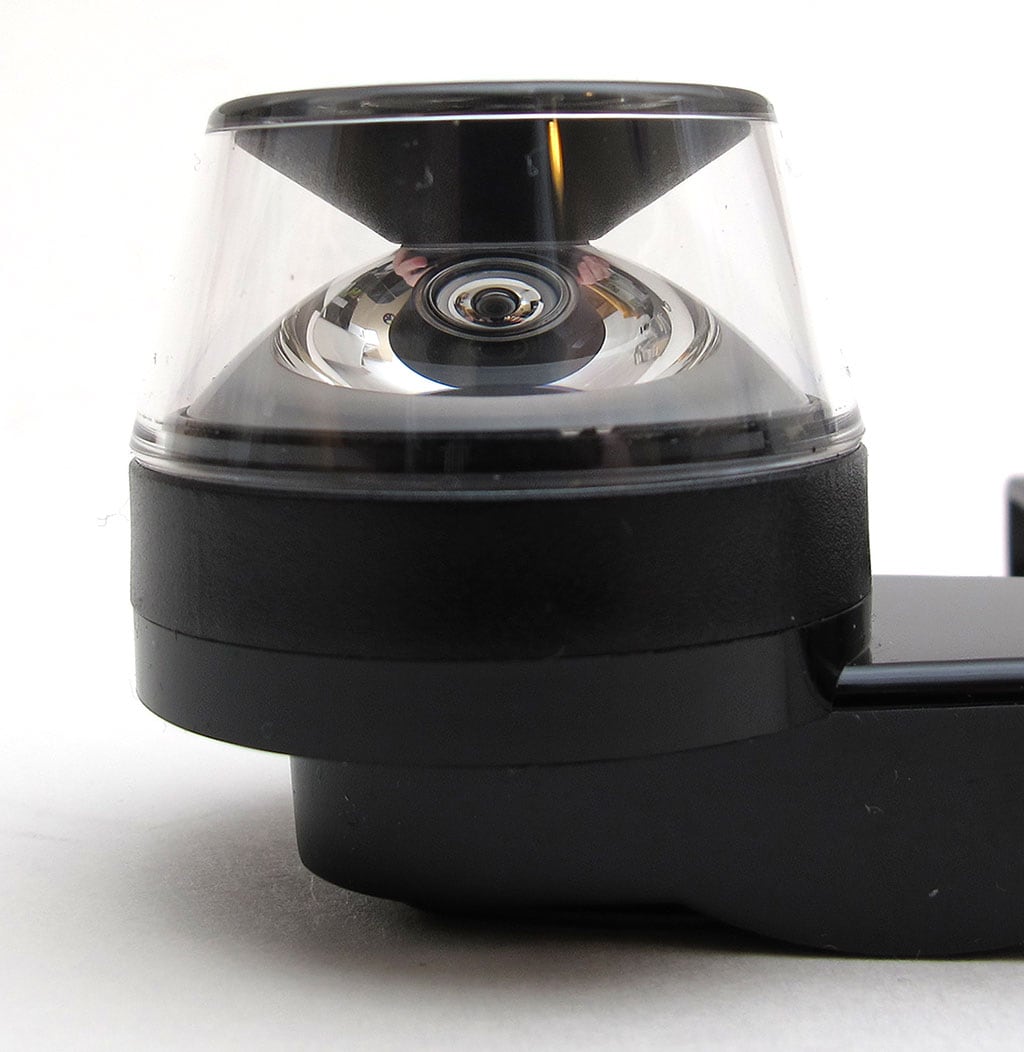 The Kogeto dot is one basic accessory that comes with a plastic lens and possesses one snap on type clip that assists in attaching it to backside of your iPhone. This lens allows users to capture 360 degree videos and the results are like professional videographer. It can help you at almost all events as like parties, sport contests and concerns because these are easier to hold and use. The dot is capable enough to capture scenes around the lens but you have to take care about keeping your fingers at right position otherwise they will disturb your video. This accessory is available in various color combinations as like green, red, pink and black and it is super easy to attach and detach. 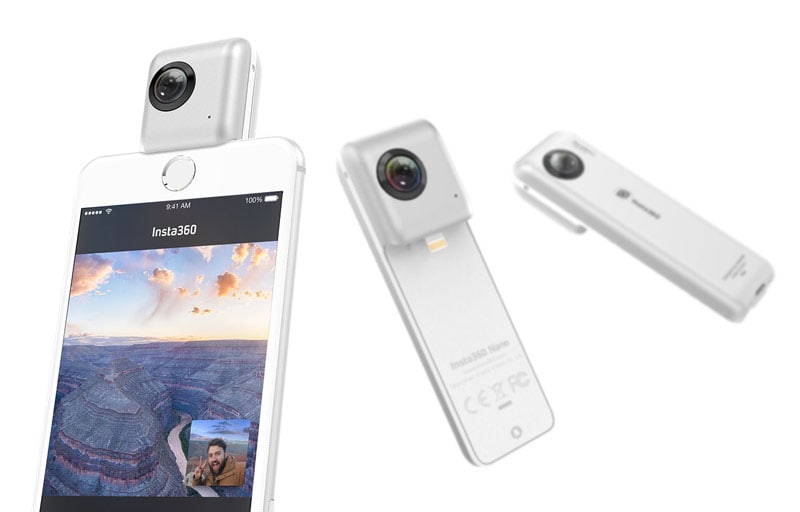 If you are a crazy facebook user then you might have seen lots of spherical video stuff over there and definitely you might be curious to develop your own adventurous videos now. Don’t worry! It is much easier to create outstanding videos with iPhone by using an additional attachment termed as Insta360 Nano. This works like a lightning jack for iPhone where users can hold their phone in any direction and the application inside managed everything to create wonderful 360 degree stuff. Insta360 Nano has abilities to create live stream videos and they can be directly saved to MicroSD card inside your device. It will definitely be something crazy, creative and innovative and you will love to use these accessories. 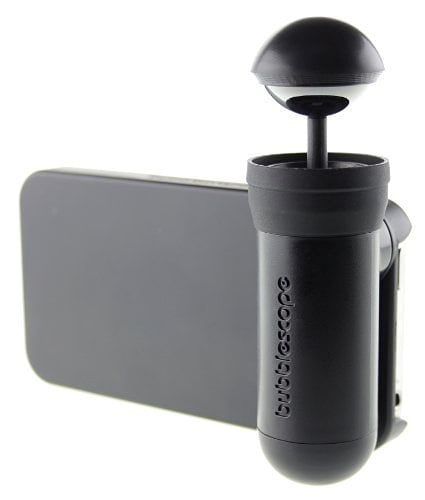 The Bubblescop is a well known lens attachment specially designed for iPhone to enhance its 360 degree video capturing ability. It works in coordination with BubblePix application and its lens plus mirror type arrangement allows users to focus on complete 360 degree view. There is a customized case designed for iPhones that supports holding of Bubblescop accessory and allows camera to line up perfectly. 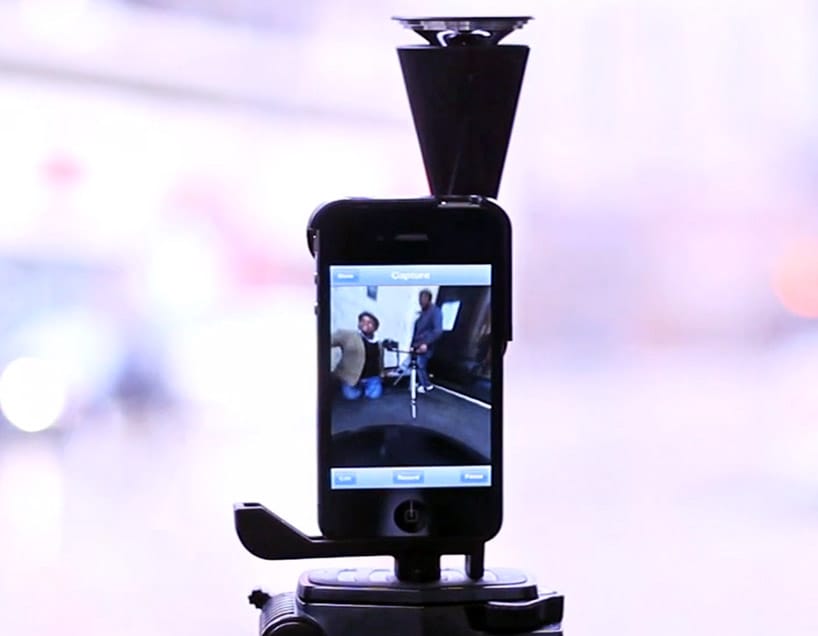 GoPano Micro is one of the latest tiny version of lenses for digital cameras and it is developed by EyeSee360. This accessory works perfectly with iPhone and allows users to create adventures in the world of 360 degree videos. It is important to download GoPano app for developing great stuff with GoPano accessory and you will be glad to know that it can save videos automatically. 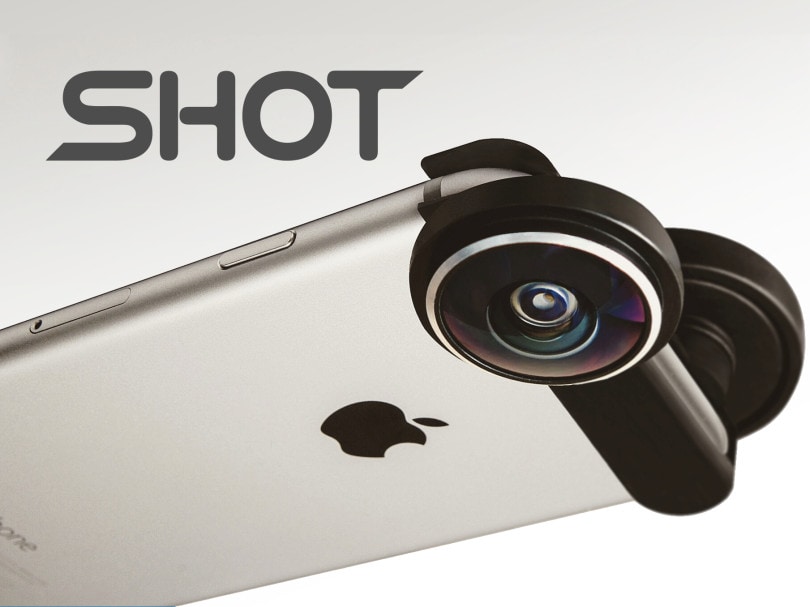 Again, this is a popular 360 degree attachment for iPhone devices that allows VR shooting and works in coordination with Shot app. This accessory is designed to support iPhone 6/6s as well as iPhone 6/6s Plus and is much easier to use; the results are outstanding with amazing VR quality.

Apps for iPhone to make 360 videos:

It is much easier to shoot 360 degree videos with iPhone if you have specially designed accessories and applications. To make your VR shooting task much easier, some manufacturers have designed following stuff:

If you have spent time on Discovery Channel then definitely you would love to know about discovery app that is designed for iPhones to add a feature of 360 degree recording. It will support your creation of adventurous short films, wildlife recordings, Mythbusters and documentaries. The best thing to know is that it is available for free but sad part is its ability to capture small videos only.

The all reality stuff can be experienced with this specially designed application for iOS; install it on your device and then type #360video. Soon you will find an VR icon in your search results, just strap on viewer to go through all 2D online stuff using your headset and enjoy the virtual reality. It is also available for free but you need to consume memory of your phone to download and install it.

Within last few months, the New York Time is boosting and expanding all its online and print stories that are working with its specially designed VR app. It is designed to work with Google Cardboards and give awesome results at output. The best part to know is that it comes with smartphone viewing mode and sad thing is that you need to buy Google Cardboards to run this app. Available for free.

This app is same as that of Oculus Photo Viewer, it works with iOS and Cardboards to give awesome 360 degree view. Orbulus is wonderful choice for still images as well as spherical videos and it makes everything much easier for the user.

There are no limitations to the world of 360 degree video recording and iOS users are now able to enjoy all amazing stuff on their own device without making investment on costly gears. If you are one of the VR content lover then it is right time to order your latest accessory along with VR app designed for iPhone and enter into the world of adventure.

Thank you for your comment. We will review it within few days.
You May Also Like
360 Camera Rigs/Mounts for VR Video production

If you are really interested to step ahead into the world of 360 videos, it is important to come at right place and start with proper accessories

360 Video Stitching Tips: How to Stitch GoPro Clips into 360 Videos

This article introduces a few tips on how to stitch GoPro clips into a 360 videos.And suggest some useful stitching softwares.

What's the difference between 360° video and VR video?

This article introduce the difference between 360 degree video and VR video in 5 aspects.