What to Look for in a Vlogging Camera?

With each group having their own set of needs for their craft, the right camera for vloggers differs greatly from the right camera for photographers. When you’re looking for a camera, though, your options aren’t likely to be conveniently split in that way, making your search more overwhelming. You can, however, narrow down your options by eliminating those that are missing the built-in features and functions that you need. To help you with this step of the camera selection process, I’ve prepared a list of the ten most important things you should look for in a vlogging camera.

If you’re setting up your shots in front of the camera on your own, as many vloggers do, you’re going to need a way to see that your shot is composed just the way you want it to be. It’s difficult to do this, though, if the camera you’re using has an LCD screen fixed to the back of the camera or it has no LCD screen at all. One convenient solution is to have a fully articulated screen that flips to the side of the camera. There are some cameras out there that have upward flipping screens. The problem with those, however, is that you won’t be able to simultaneously make use of a shotgun microphone mounted onto the camera hot shoe, which usually sits on top of the camera. For this reason, it’s better to get a fully-articulated screen that flips to the side. 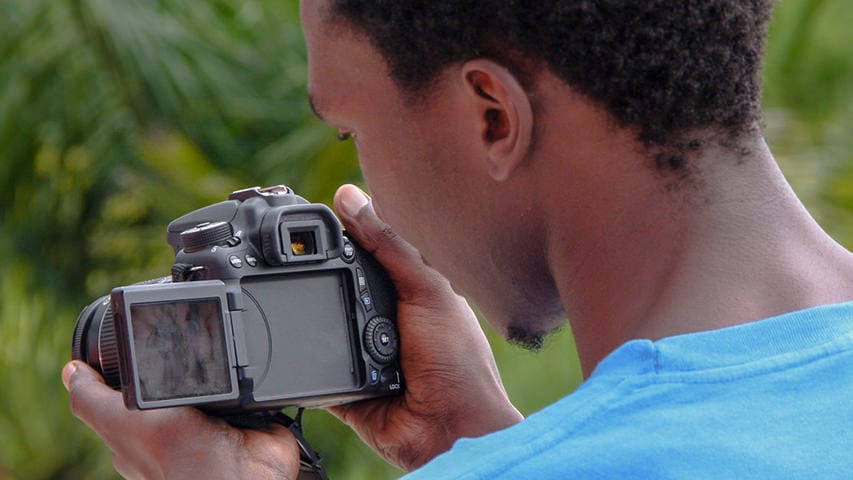 If your vlog set up is more stationary than that of the on-the-go vlogger, you may prefer the option of extending your camera’s screen onto the screen of another device, like a large television.  By extending your camera’s view onto a large television screen, you’ll be able to see what your camera sees in much more detail. This option is readily available in vlogging cameras through an HDMI output and will probably be increasingly available through USB-C as the technology becomes more mainstream.

A good vlogging camera will have the ability to continuously auto focus while it is recording video. This is important to you as a vlogger because you want whatever is the main focus, at any given time, to be focused, even if it moves closer or further away from the camera. For example, if you’re sitting down, talking to the camera in a talking-head shot, you want the camera’s focus to be on your face. Let’s suppose that in the middle of your talking, you want to show your audience the cool new gadget that you got online, so you extend your arm forward to the camera, hoping to show your audience a more detailed, closer look of the item. Without continuous auto focus, the item you’re trying to show off will appear blurry. On the other hand, with continuous auto focus, your camera will change its focus onto the item and then back onto you when you’ve dropped the item out of the shot. This technology also saves you a lot of time when you’re independently trying to set up a focused shot of yourself further away from the camera, out of arms reach.

One thing that can become an issue with continuous auto focusing while vlogging in front of the camera is the camera switching away its focus off of you and onto something of much less importance in the background. When your background is busy with a lot of other people, some cameras can get confused and focus on strangers behind you. In order to resolve this issue, some cameras allow you to save images of your face so that they can prioritize their focus on you, even with other faces in your shot.

When all else fails and your camera’s auto focus is still off, you’ll want a quick and convenient solution to bring into focus whatever is the main focus. The fastest solution for this comes in the form of touch to focus, a technology that let’s you choose what the camera should focus on by the simple touch of your finger on the camera’s live view touchscreen. 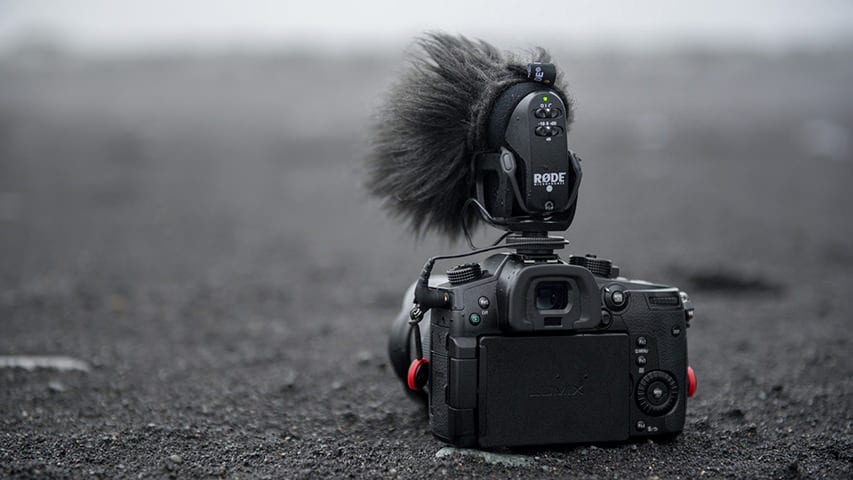 If you want to upgrade the audio in your vlogs, you should look for a camera that has an external microphone input. With this option, you can get much better quality sound, all timed perfectly with your recorded video. This saves you the time of having to sync audio that has been recorded separately. Some microphones are designed to be mounted conveniently onto the top of your camera. If you want to make use of these microphones, the top of your camera will need a “hot shoe” (an electronic bracket that can trigger a flash) or a “cold shoe” (a non-electronic bracket that camera accessories can be attached to).

Check our picks of the best microphone for 4K camera

If you plan to capture a lot of your vlogs just holding up your camera with your hand, one thing you have to watch out for is shakiness. Video footage that is too shaky can be unpleasant to watch. Optical image stabilization (OIS) in your camera or lens can do wonders to make your recorded video appear more stabilized.

Weight is another thing you’ll have to think about if you’re planning to vlog handheld with a DSLR camera. Not many people, for a prolonged period of time, can steadily hold up a GorillaPod tripod supporting a DSLR camera with a wide-angle zoom lens and a shotgun microphone like Casey Neistat famously does. When I tried to do that with my full-frame DSLR camera, my Neistat-style rig weighed 3.64 lb (1.65 kg). That total weight might not seem so heavy, but holding that weight up steadily with an extended arm is definitely a challenge. For handheld vlogging, I would not recommend getting a camera body and lens combination that exceeds 1.54 lb (700 g).

If you make extensive use of your camera to vlog throughout your entire day as daily vloggers do, you should also look out for a vlogging camera with good battery life. Yes, you can always buy more batteries and have them readily available when the one you’re using runs out. But you don’t want to have to buy so many, especially when these individual batteries can be so expensive.

Being able to record video in 4K resolution is a bonus. As a common practice on YouTube, many vloggers jump cut into a zoomed in, close-up shot of their face when they want to emphasize a punchline. If your video project, however, is in 1080p and your video recording is also in 1080p, you’ll need to stretch the scale of your recorded image in order to create that zoomed in look. This method is not so ideal because you end up pixelating and distorting your recorded image. On the other hand, if your video project is in 1080p and your video recording is in 4K, you’ll already have that closer shot without any pixelation or distortion.