7 Types of Audio Effects You Should Know

When it comes to producing music, audio effects are a next-level creative tool that you can make use of to create highly enthralling and creative music/videos.

You can either create audio effects of your own or make use of a predefined royalty-free audio effects template (if you don't wish to invest, as a beginner).

Audio effects have the power to transform any so-so music into a superior finished track.

For this reason, we've specifically tailored this post to help you understand the insights of audio effects. Moreover, we're also going to get familiar with 7 audio effects that must be known! So, let's not delay any further and start exploring.

Part 1: The Definition of Audio Effects

Before we get our hands on the different core types of audio effects, we should first understand what audio effects are!

Basically, the audio effects are generated by software or hardware devices by manipulating how an audio signal sounds. One can control the Effects with the help of several parameters.

For instance, rate, drive, or feedback. They come in handy as studio tools during the mixing or recording of music or while playing live.

Here are some core types of audio effects we will discover further in the article.

Reverb is nothing but an audio effect of many echoes occurring simultaneously.

And the other, a bunch of sound waves that reach your ears after getting bounced off different surfaces. This set of echoes reach your eardrums later and is quieter (due to lesser energy).

You may experience different types of reverb audio effects for different kinds of spaces. Basically, Reverb stands for Reverberation. It happens quite always in our daily life, but we hardly notice it.

For instance, Reverb at tunnels or caves is different from the reverb audio effect of cathedrals or halls.

Reverb audio effects can be generated digitally with the help of reverb plugins to create multiple echoes algorithmically and by manipulating the Delay, level, or frequency response.

The panning audio effect is generally created to cast an illusion that the source of the sound is moving from one position of the stage to another. This is achieved by distributing the sound signal in a multichannel or a stereo field.

Panning audio effect is highly helpful when you need to avoid muddiness or masking (when two tracks/sounds overlap) in your mix. You can position the sound artificially to a specific area of your stereo field. 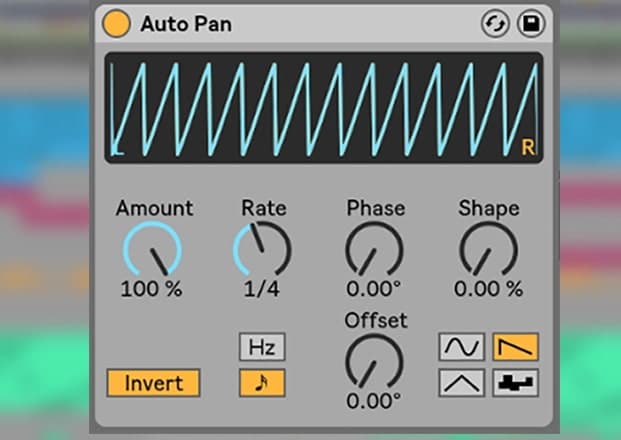 With the help of an auto-pan, you can define the time span during which the sound must sweep across the stereo field.

Usually, the lead elements like vocals or the low-frequency elements like bassline drums panned to the center. This is because the center is the busiest, and also these sound elements ground your mix.

The sound frequency that falls into the range from 20 to 20,000 Hz is the audible sound spectrum of human ears. With the EQ technique, this spectrum is split into different sections referred to as bands.

These bands are then used to subdue or enhance a mixed track's fragments. 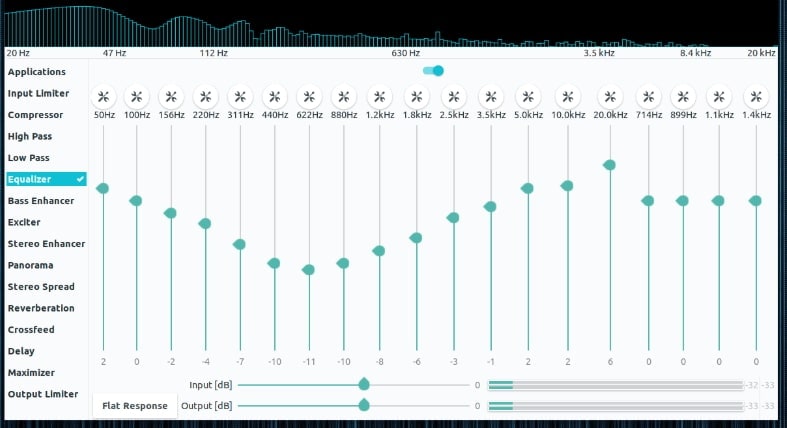 Remember, EQ-ing works on the existing spectrum only by altering the fragments to create novel-sounding effects. EQ audio effects are majorly used to define a character or tone of the soundtrack.

Moreover, you can define different types of sound characters with the help of different EQ audio effects. For instance, a digital plugin EQ is far more transparent sounding when compared to a vintage EQ.

Delay is yet another type of audio effect that falls under the Time-based category. Adding layers can significantly provide more complexity and depth to a soundtrack.

The foundation to add Reverb or chorus-like other audio effects is furnished by Delay. Hence, it is prominently utilized by several mixing engineers. 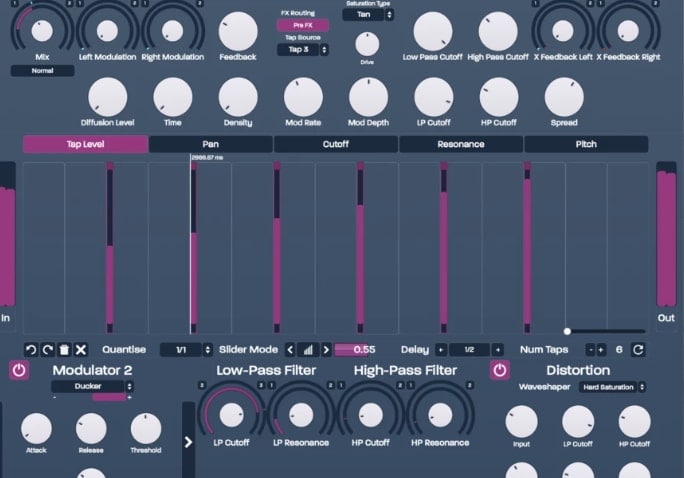 If you want to edit audios like a pro, you should use Filmora. It is the best video editor for different users. You can add echo to audio by directly dragging the effect onto the timeline. Download it now to have a try (Free)!

When an audio circuit is overloaded, it ultimately leads to a clip the signal is termed as Distortion.

This audio effect can be a highly creative tool if used correctly. Distortion pushes the sound to compress and clip by manipulating the original audio signal. 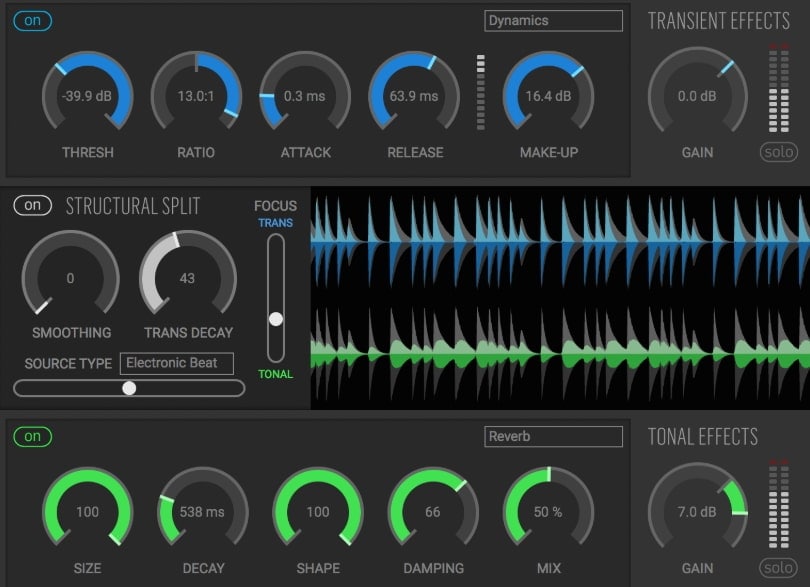 By manipulating the bit rate or the sampling rate, Bit-crushing is achieved. This, eventually, adds harmony to the sound.

Usually, the electric guitars make use of Distortion audio effect but more progressively it is being used over Synths.

Distortion can be acquired using effects units, rackmounts, pedals, VSTs, or at times, built-in amplifiers and pre-amps. Distortion adds complexity and body to your track by making it fatter and fuller.

Chorus audio effect is referred to the varying sounds that are similar and are heard as one.

For instance, recording the same note piled over each other and is timed and tuned slightly off each other.

This as a whole, creates a chorus effect. In simple words, a group of singers is voicing a song while creating a special sound effect.

The chorus, too, adds complexity and depth to your soundtracks. It is generally used to enhance the harmony or load up the particular track, making the track fuller and layered.

Or, can even cut or attenuate a frequency range too. When it comes to categorizing the Audio Filters, they fall under 3 units; HPF (High-pass filters), LPF (Low-pass filters), BPF (Band-pass filters).

Every other filter has a well-defined threshold for boosting or cutting a frequency. They are then categorized depending on the alterations that have been made above or below this threshold.

An Audio filter is a prominent tool used to correct problems and significantly enhance tracks. You can effectively make dramatic effects or add character to the soundtrack with filters.

Thank you for your comment. We will review it within few days.
You May Also Like
7 Best Free Online Audio Editor to Use (100% Free)

How to Easily Use Audio Track Mixer in Premiere Pro

Audio track mixer is a great tool for us to use in Premiere Pro. Do you know how to use audio track mixer? Check this article to find out how to easily use it.