Boring and unexciting videos may turn off your mode. You need something special or wonderful that could turn you on and make your memories worth watching.

To let users give a new look to their pictures and videos, Apple Inc. released its first video editing software Final Cut Express in 2003. Over the next few years, various improvements were made in its updated versions. 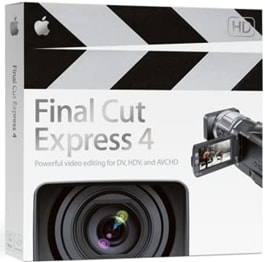 Some alternatives to Final Cut Express are also available in the market such as Final Cut Pro of crouse, iMovie, a low-end alternative, and Filmora, popular among beginners and pros. Let’s look at these tools individually in this article.

Part 1: What is Final Cut Express?

Final Cut Express was a video editing software designed by Apple Inc. for advanced editing of digital and HD videos. It was a consumer version of Final Cut Pro liked by professional photographers, due to its better capabilities than iMovie.

It also allowed the users to keyframe the filters and perform slide and blade edits. Eight years after its release, Apple discontinued Final Cut Express in 2011 in favor of Final Cut Pro X. 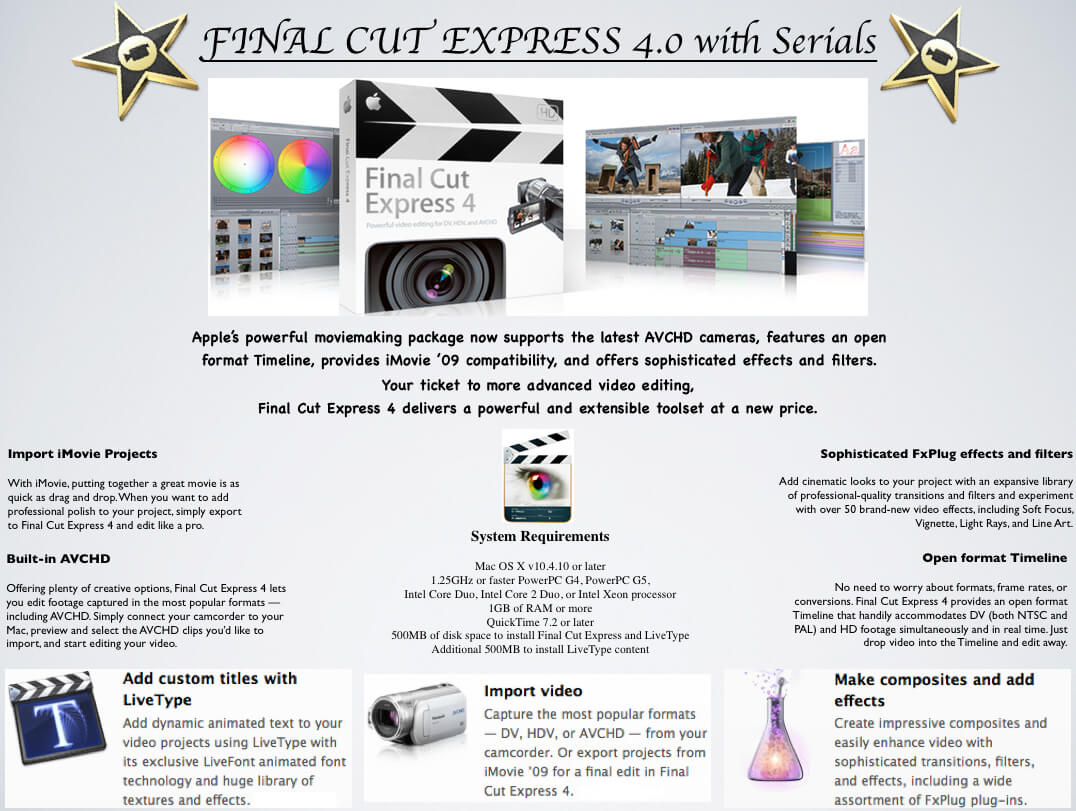 No, concurrent with the launch of Final Cut Pro X on June 21, 2011, Final Cut Express was discontinued and removed from the Apple online store.

You might be wondering what prompted Apple to do this. Well, the primary cause of the discontinuation of Final Cut Express was that Apple Inc. wanted to launch an advanced video editing software Final Cut Pro.

Besides, despite several attempts to improve the software’s performance, Final Cut Express kept on causing multiple inconveniences. The company eventually decided to discontinue Final Cut Express and introduce a new product to meet the ever-evolving needs of its customers.

As Final Cut Express withdrawal from the stage, many other editors still update to this day. For example, Filmora, an editor trusted by many beginners and pros, updates every month. Click download to try it for free!

Given below are some of the key differences between these two software:

Part 4: iMovie, Final Cut Express, and Final Cut Pro, Which is the Best?

All these video editing software, iMovie, Final Cut Express, and Final Cut Pro are developed by Apple Inc. with different features and functions. However, they have different target audiences and offer diverse pricing plans according to the user’s needs.

The following table offers a detailed comparison of iMovie, Final Cut Express, and Final Cut Pro to help you choose the best one for advanced video editing.

Now, as Final Cut Express is no longer available, you may want to try the other two editors of Apple. While iMovie mainly targeted beginners, Final Cut Express and Pro targeted users with moderate to advanced knowledge of video editing.

For those beginners who wanted to make professional-looking videos without any editing skills, Wondershare launched Filmora as an alternative to Final Cut Express and Pro.

This user-friendly made video editing as simple as ABC. From offering multiple hand-picked effects to advanced editing options, FilmoraPro allows you to range markers, perfect your audio, group timeline clips, and perform detailed color correction with auto-correction and color wheels for free.