The development of technology has made it possible to achieve a great many things and capturing a video in slow motion with fine details is one of them.

Besides adding slow motion effects in post-production, you can now use your iPhone and Android phones along with some camera apps to record a slow motion video.

While you will stumble across a multitude of camera apps that would allow you to capture "slo-mos," not every one of them would offer HD resolution and advanced editing features with them. So, we decided to review some of the best Slow Motion Camera App for taking slo-mo videos for you on iPhone and Android phone. Enjoy!

We've put together a list of some of the most incredible slow-motion video applications for Android and iPhone, as well as their built-in cameras, so that our customers may get the best slow-motion films possible. So, go ahead and make your selection.

The built-in iPhone Camera app is ideal for the majority of photography scenarios. It contains many useful functions, and it is straightforward to use. In fact, it may be the only camera app you will ever need for iPhone users!

Photographs, movies, time-lapse films, and slow-motion recordings may all be captured in high resolution with this program. What’s more, the Portrait mode allows you to blur the backdrop of your portrait shots to create a more professional-looking image. Additionally, the Portrait Lighting tool allows you to create studio lighting effects.

Apart from these, you get to make slow-motion videos using the iPhone built-in camera. All you have to do is click on the Slo-Mo option on the camera display, choose the best frame rate for your video on the upper right corner between 120FPS and 240 FPS, choose the zoom level from 0.5x to 2x, and guess what? You've got a slo-mo video on iPhone.

In recent years, smartphone cameras have advanced to the point that they can capture visually stunning slow-motion recordings. You may also do this if you have a Samsung Galaxy phone. In some instances, you may even be able to record movies in super slow motion.

In the camera app on your Samsung Galaxy phone, you should be able to capture slow-motion films, depending on your phone's configuration. High-end Galaxy phones even include a slow-motion option that shoots at 960 frames per second.

Slow-motion options include "Super Slow-Mo" and "Slow Motion," with the former being the more popular of the two. The "Super" mode records at 960 frames per second, while the standard slow-motion mode records 240. Please select the one you'd want to use by tapping it.

Using some of the top camera apps for Android isn't ideal for videography since they aren't as good as they could be for still photography. This is where FiLMiC Pro distinguishes itself from the competition since this software was created specifically with videographers in mind.

As our smartphones become more and more capable of replacing classic DSLR cameras, we will want applications that can use those camera sensors' capabilities.

FiLMiC Pro has also been utilized to produce professional music videos, and it gives you access to all of the capabilities you'll need. 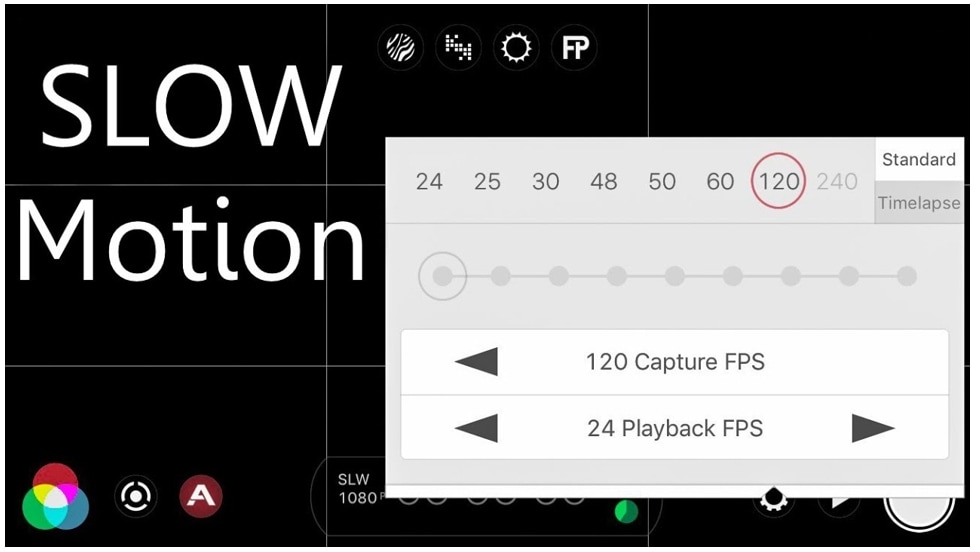 Consider the following scenario: you'd want to film footage in slow motion. FiLMiC can assist you in determining your options, such as setting the frame rate, selecting speed, etc.

Selectable framerates are shown at the top of the screen (24, 30, 60 etc). In order to record and replay motion with synced sound, just tap one of these buttons.

With 24fps playback and 2x slower than real-time film, you'll get 48fps: 24fps times 2 = 48 FPS. Slow motion may be achieved by multiplying 30 frames per second by four, or by utilizing a playback framerate of 30 frames per second. In addition, there are frame overlays to ensure that the emphasis of your video is indeed in focus while it is being played.

Compared to other slow-motion video applications for Android, Slow Motion Video FX is a standout performer in this category.

Although the smooth action of the camera might cause the movie to become sluggish, this program can change your usual speed video into an unearthly fast-moving film with incredible clarity. The ability to modify the video speed for a particular video region is another outstanding feature of this application. 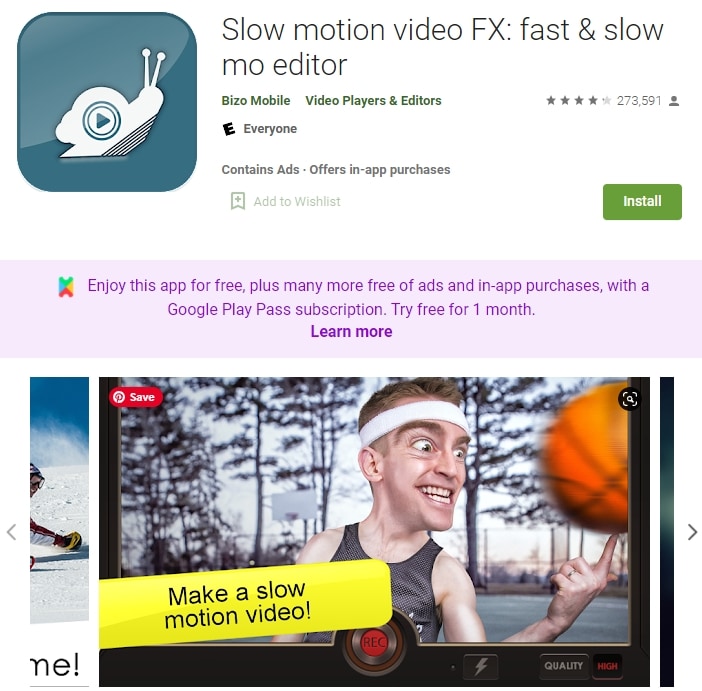 You have the option of selecting a video speed between 0 and 1 in the range of 0 and 1. Make use of a value that is less than one for slow-motion video recordings.

The most excellent feature of the program is that it also enables you to create slow-motion recordings of your current recordings, which is quite convenient.

It is designed specifically for recording slow-motion films at the highest frame rate that the hardware can support. You have the option of recording videos in 60, 120, or 240 frames per second.

Starting from the beginning, choose the frame rate at which you want to capture the video, then press and hold (you may modify this to continuous recording) the record button to begin recording. 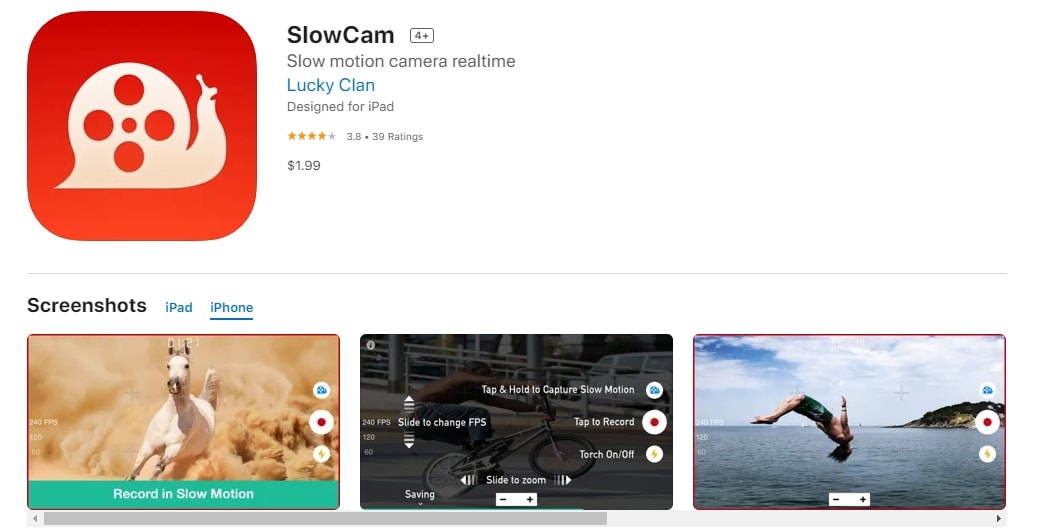 Most importantly, the software will render the previously taken video in the background so that you don't miss your next opportunity to take a picture.

SloPro is one of the most popular slow-motion video programs available in the app store, and it is accessible for both iOS and Android devices. It has been discussed on several technology-related blogs and websites.

It is possible to record high-quality video in slow motion at an incredible 60 frames per second with the new SloPro for iOS application. 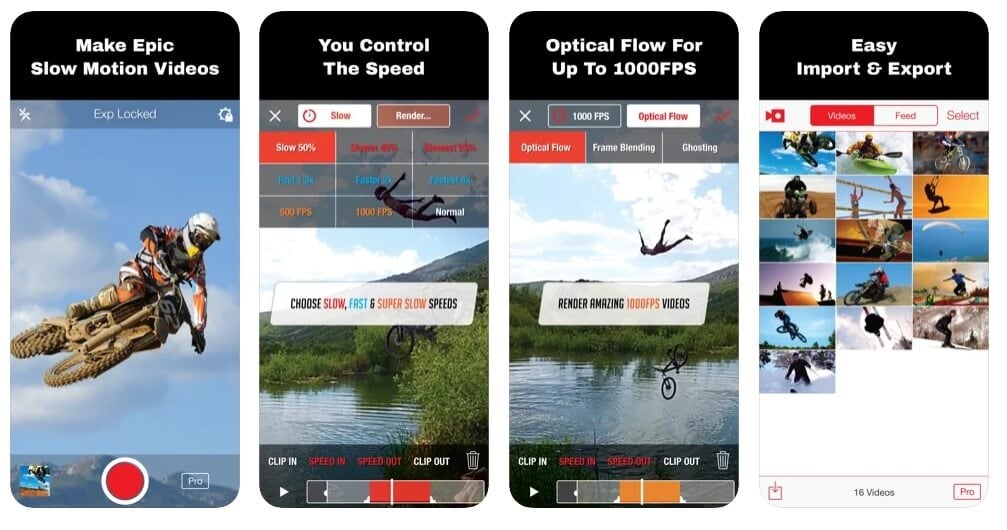 It is possible to classify slow effects into three main categories: optical flow, frame blending, and ghosting. You may purchase an upgrade to the app's pro version using the in-app purchase function of the app.

It is possible to generate both slow-motion and fast-motion videos with the Slow Motion Video Maker tool, which enables you to adjust the video speed as you choose.

You may pick between four different video speeds: 1/4x, 1/2x, 1.25x, and 4.0x. You can also choose between two different audio speeds: 1/4x and 1/2x. The reverse mode sets this program apart from its competitors in terms of functionality.

The ability to swiftly and reverse or backward your video in a matter of seconds is provided without any difficulty. This feature is also accessible in the free version; there is no need to pay for the premium version to reverse the video. 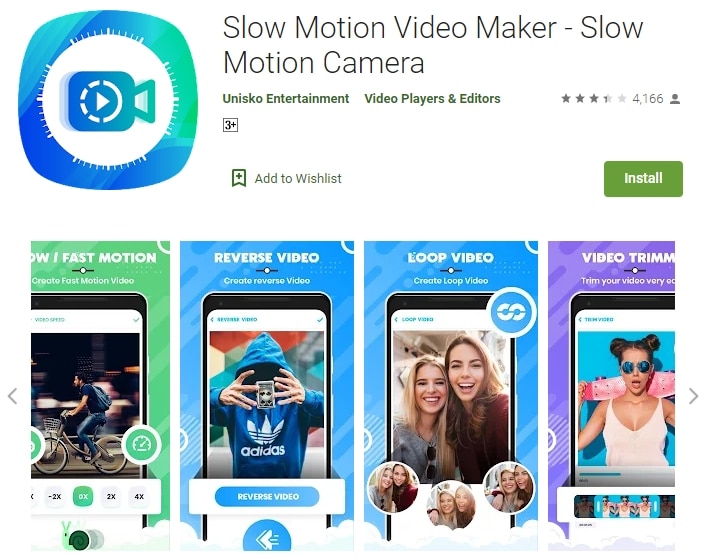 The rest of the features are similar to those available in other video editing software, such as the ability to include music in your movie, trim out any unwanted sections of the film, and upload your video on social media sharing sites.

Now that you know all the best Slow Motion Camera Apps on the market, you have many excellent options to choose from. Don't think twice before evaluating these apps because there's no going back once you start shooting slow-motion videos!