Adobe Animate Text Effects Skills That You Need to Know

Want to learn how to animate text and improve your computer graphics? Read this article to find out more.

Adobe Animate Text Effects Skills That You Need to Know

Adobe Animate Text Effects can be created with the use of Adobe Animate. As well as a couple of other models of Adobe.

We've outline a thorough explanation on the subject so that you can be prepared as you can be, so continue reading in order to learn more. 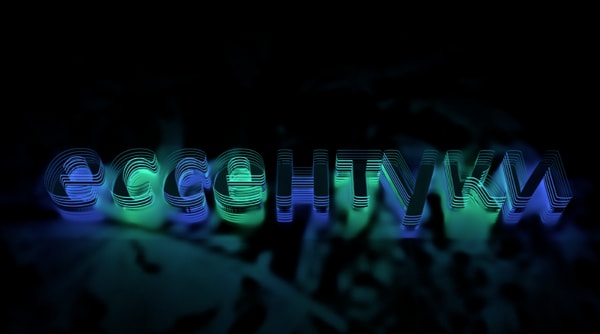 "Text Animation" refers to moving letters, words, sentences, and even whole paragraphs. The animation, or movement, rather, can be anything. It can move from side to side, jump up and down, create a dizzying circle, recede from view, etc. Usually, said movement is placed on an endless repeat, a pattern that the text is coded to follow decided by the animator who created it!

Part 2 What Adobe Program is Best for Text Animation? 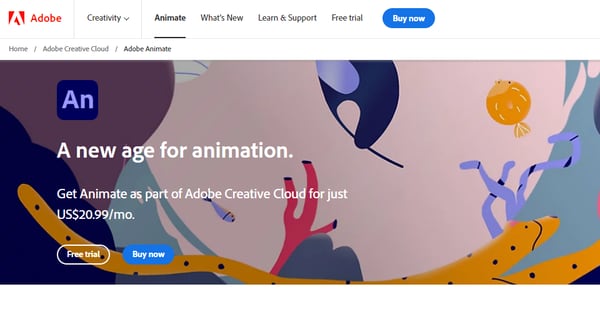 Adobe Animate is Adobe's very own software developed for animators. Whether they be working on movies, shows, short videos for online posting, games, or text animations. As mentioned at the beginning of this article, this is the software most professionals use in order to bring life to their digital creations. It's also the one that we'd recommend if you're looking into advanced adobe animate text animation!

Part 3 5 Creative Ways to Animate Text in After Effects

Now, we should make it very clear, of course. That while Adobe Animate is considered the best for animation (whether it be text or character models), there are other tools that you can use in order to get the same effect. For example, there's adobe spark animate text, adobe premiere pro animate text, and this next one, also from Adobe, called After Effects, is a VFX and motion graphics software used to create movie titles, intros, transitions, logos, and so much more.

We've listed some of the more creative ways you can use After Effects to create what could very well be Adobe Animate text effects below to help you along:

The first, and easiest, way of animating your text with After Effects is to use presets! After Effects offers multiple animations presets that you can try in order to test out certain settings. (This is also a good way of getting to know the possibilities and limits of text animation and how you can work within those bounds.

If the presets aren't working out for you, you can also try out After Effect's "animators" and "selectors". To clarify, you add 'animators' to your text (it will mark the object(s) to be animated). And then, you use a 'selector' in order to specify how you want the properties to be animated. This is a great way of truly getting the exact effect that you want, although it might take some finagling to get it to work completely. 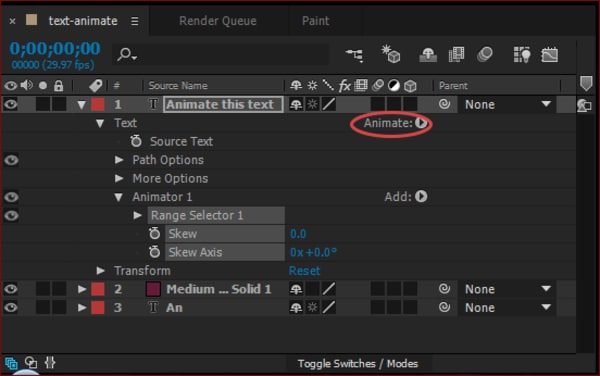 If you want to step up your game even more, you can always make your texts into 3D characters on their own! This is easier to do in Adobe Dimension, which (from the example image below) you can see has a "Text" preset that you can use in order to start creating 3D Text Properties immediately! The beauty of this method, of course, is that your text can be adjusted like any 3D character. Making the possibilities endless!

The next method of animating with After Effects is a little more constrained than the others we've introduced thus far. However, it has its uses! As you can see from the image below, you can animate your text to follow a mask (which you set over your text layer). This will make it possible for you to animate along a path.

This next method is related to the 'Animators' methods we introduced second. It also works a lot like the masks we mentioned in Method 4--which, as mentioned, you can use in order to set up a foundation or limits for your animation. 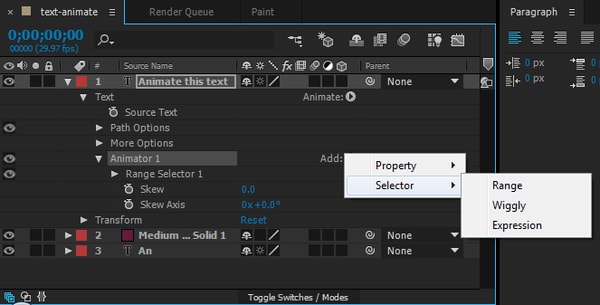