Sony Vegas VS Adobe Premiere, Which One is Better?

It's an age-old battle, Vegas or Premiere, a comparison that many have made over the last few years in the market, as always when making a comparison, things are always skewed by the writer's own views, so it is hard to draw any definitive conclusions. Here we aim to lay out the specifications of each product and discuss their effects on workflow, output, and usability to form an opinion beyond the 'this is the one I like' argument. However, we are aware of making a completely fair comparison is impossible. We will try our best. Hope you will enjoy it! 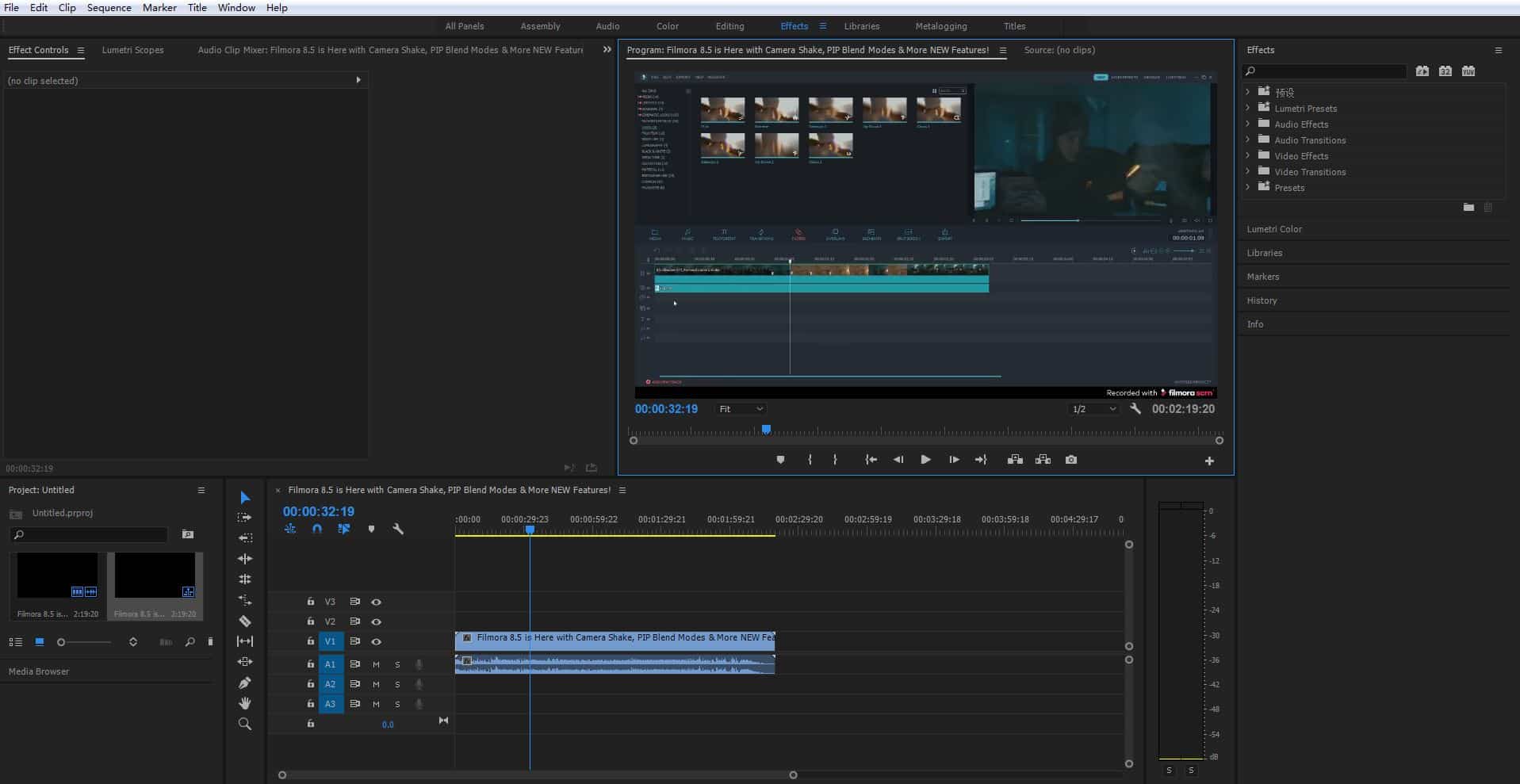 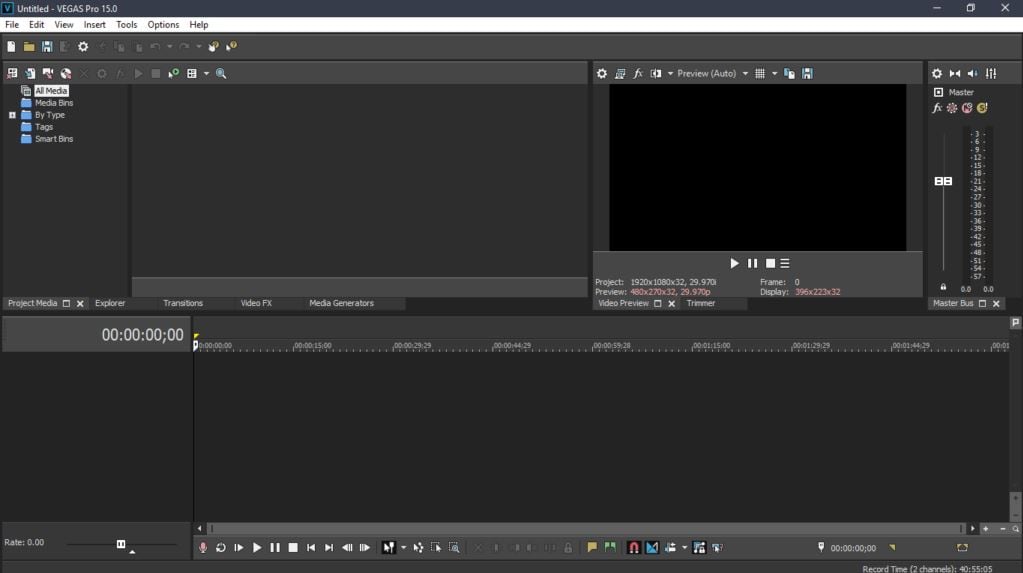 Again the Premiere spec-sheet suggests it is a close call, and to be brutally honest that is mostly the truth. Premiere does have more ability within the editing department there is no question. There are very few things that Vegas does better (3D manipulation being the standout), but distilled into the bare bones of a list of 'things', so the differences are not so obvious. The usability factor for Vegas carries on into the editing process too, although it is perhaps inevitable that Premiere's more complex abilities lead to a more complex interface structure and a steeper learning curve, it is still a truth that Vegas is just easier to get results from at the start.

Underneath the Vegas specifications though, Premiere does have plenty going for it, the Mercury Playback Engine that drives the editing suite enables renders real-time playback that saves time and makes for a much smoother workflow for any project, and whilst it will not apply to everyone, the multiple camera abilities are second to none and for those that use them, an invaluable and significant tool for producing professional-grade output.

I keep returning to this point, but in a comparison of the two products it is a very important one, whilst ultimately Premiere has more ability within it for producing high-quality video, it is the learning curve that is the major difference for new users. This should be a consideration for anyone looking at the two, however, the complexity of Premiere is not an insurmountable issue. There are numerous tutorials, both free and commercial, available to get any level of the user through the first steps of understanding the processes within Premiere, and of course the same is true of Vegas, although to my mind they would not be as essentially an item, whereas with Premiere, the very least that is required is going through Adobe's own online video education for the software.

As we can see at first glance the two seem very comparable regarding the basic tools and utilities. The one glaring difference does not mentioned in the basic specs outlined above, however, is that Sony Vegas is a Windows-only product. Premiere has versions for both Mac and Windows, and whilst the dominance of Apple within the creative industries is nowhere near what it once was, a sizable number of people still use the Mac platform, and for them, Vegas isn't even an option without resorting to emulation, which is a processor-intensive operation like video editing is not really a viable solution.

It is also important to consider that the spec-sheet itself doesn't tell the whole story, with the audio and effect modules more advanced in Premiere, however, Vegas has the benefit of being a much easier program to get to grips with for anyone new to the video editing world, and although its abilities are perhaps ultimately not as sophisticated as Premiere, new users often find they get better results with Vegas due to the accessibility of its tools. For the more experienced this is probably not a factor, but it is worth considering for newcomers.

Once that initial barrier is overcome, however, I feel that the added functionality, workflow efficiency, and compatibility-out-of-the-box Premiere can deal with roughly double the number of media formats - of Adobe's product makes it a superior product for long-term use.

The key here is long term, no one wants to relearn everything every couple of years, switching platforms endlessly searching for the ultimate product, so when making a choice for video editing I would always suggest that prospective users consider not just what they want now, but what they may want in the future. Vegas has the easier entry path, there is absolutely no question, however what if you later want the more sophisticated editing facilities? If you switch then you still have to go through learning Premiere, after learning Vegas. Learning one piece of software is a better choice, so which one will fulfill future needs should be taken into account.

There is also the issue of other production requirements. If you are aiming towards motion effects, animation, and other composite effects within your work, then consider the platform that will be carried out on as well. Here is where Adobe's strength shines. The various products they put out work together extremely well, and in the case of video effects, Premiere and After Effects together offer a workflow and output quality that is as good as it gets. Saying either will do the job is not really a satisfactory conclusion for these types of comparisons, even if it is actually true. However, there are answers here.

Sony Vegas professional was not generally a SONY item, and it is not, at this point, a SONY item.

It was offered to Magix before this previous year. It was initially a DAW Digital Audio Workstation programming that had video highlights. After some time, it developed into the item a considerable lot of us know and love, Vegas Pro.

A hearty and expert video altering programming! SONY hoped to port Vegas over to Mac for quite a while. They had effectively discharged a Mac form of SoundForge, and Vegas would have been straightaway.

I surmise they ran into a huge amount of specialized issues, the greatest being that they just needed Mac programming abilities.

Apple additionally discharged FCPX as a $299 altering application for Mac, which removed any gainfulness from the condition for SONY. So that answers why Sony Vegas on Mac is impossible.

2. Is there a Sony Vegas for free?

No, you do not get a Sony Vegas on Mac completely free at any time. However, there is a way in which you can torrent it or go for a free trial version.

Despite the option, the better suggestion for you is to go and purchase it instead of downloading it from anywhere else. It is because choosing the second option may lead to leakage of data from your computer.

Otherwise, you can also use alternative software such as Hitfilm Express or Lightworks. So, now you know that the Sony Vegas ‘Pro’ is just a faux term because there is no difference between the professional and normal version.

Both come at a premium cost anyway.

3. How much does Sony Vegas cost?

So, you need to pay a total of $66.68 annually. Lastly, the Sony Vegas Pro Suite comes at $1098 and is the costliest of all the versions.

In conclusion, Premiere is the more capable program, both in terms of workflow, output, and its ability to integrate with other applications to produce much more advanced output. For anyone looking for more than just an editor, it is the choice to make. Find some instructional material, dive in, and have fun.

Thank you for your comment. We will review it within few days.
You May Also Like
How to Edit Videos in Windows Live Movie Maker