Twitter has also jumped on the short video bandwagon to join TikTok and YouTube Shorts. Twitter recently announced that it is testing a feature on its iOS app where users can post reactions to tweets.

If you want to know more about what this feature is, some of the top Twitter reaction videos, and how to make a good reaction video, keep reading.

Twitter recently announced that it’s testing a new feature on iOS, which is called “quote tweet with reaction.” It means you can share your take on what a tweet is talking about or simply a reaction in the form of a video or picture.

The original tweet is embedded in the reaction video or picture.

To make a Twitter reaction, you need to tap the Retweet icon and choose “Quote Tweet with reaction.” It’ll let you create Tweet Take, which is essentially a video or picture with the Tweet embedded. 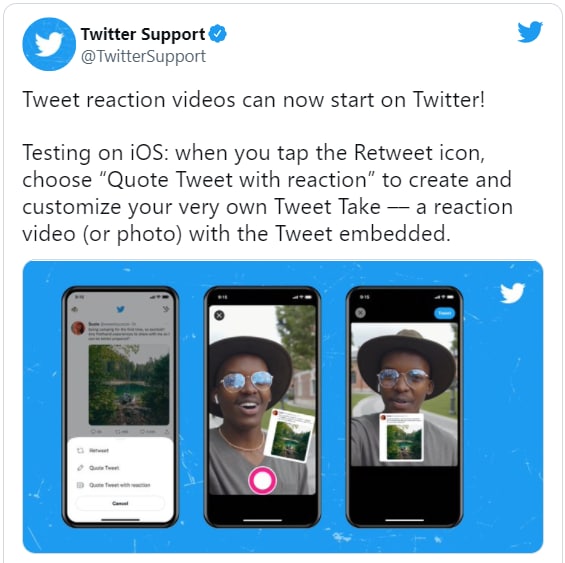 How to Make A Good Reaction Video for Twitter?

The next time you see an interesting Tweet, you might be tempted to use the “quote tweet with reaction” feature. Sharing your reaction on any Tweet is more than just posting a picture or video of your facial expressions.

With the help of a good video editor, you can make amazing reaction videos. Wondershare Filmora is a high-quality video editor popular among beginners and professionals alike. The reason you need a video editor is that a lot of people would be making similar kinds of Twitter reaction videos. This makes it hard to stand out and gain traction.

With Filmora, you can create reaction videos with a transparent background without any expensive equipment. The built-in editing features are exceptional when it comes to making video engaging and attractive.

Create a reaction video with the PIP feature

Once you have the Tweet you want to react to, you can use Filmora software to create a reaction video on it.

Open Filmora on your computer or laptop and select create a new project.

Import the Tweet (take a screenshot of the Tweet if it’s an image or text) into the editor. In addition to videos, Filmora allows you to import images or music, as well. 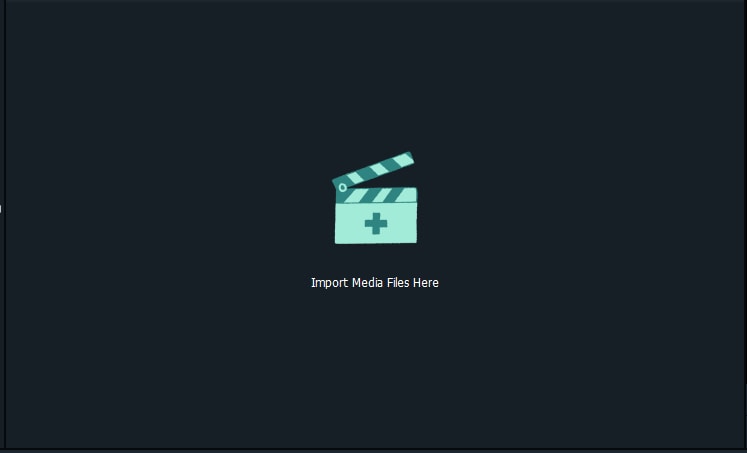 There are over 60 motion effects, numerous transitions, and visual effects to add flair and appeal to your reaction video. These editing tools will make your video attractive and help it stand out. 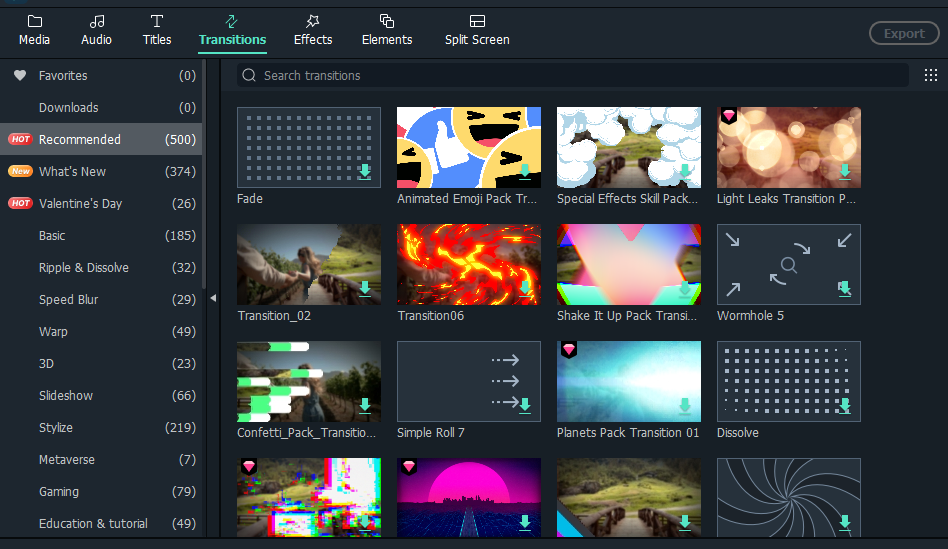 You can use its blending modes to control the opacity of the Tweet image or video you’re reacting to.

Reaction videos gain tremendous traction, but let's be honest - they're not always that exciting to watch. A lot of times, making a reaction video and sharing thoughts while watching something is just boring. However, there are some tips and tricks you can use to make your reaction videos more interesting and even hilarious!

● The tone is everything

Good reaction videos are fun and positive. Excitement is king here, so don't be afraid to ham it up a bit. Think about the most excited you've ever been in your life — meeting the love of your life, watching a baby take its first steps, scoring tickets to your favorite band's concert — and channel that excitement into your reaction video.

People like watching other people get excited because it reminds them of how much fun life can be.

Make sure you’re relatable to the type of audience who’s most likely to watch the video. For example, if you want to appeal to a younger demographic, then you should use more current slang in your videos. Similarly, if the audience is likely to be grown-up adults, then talk accordingly so your reaction video is relatable and appealing to them.

A common mistake people make when recording videos is taking themselves too seriously. By using jokes and humor, not only will viewers be entertained by the video itself, but they may also be more inclined to share it with their friends and family!

Eye contact is extremely important when it comes to communicating with other people, but most importantly, it's necessary for keeping your viewer focused on the screen. If you're looking at your notes or fumbling with your phone, it's likely that your viewer will start looking at something else as well. So take advantage of this fact by doing something silly or memorable while narrating your video. It makes for good entertainment and helps keep viewers engaged.

Make sure your background is clear and that your camera is placed in a location where there will be minimal disruptions. The last thing you want is for someone else to sneak into your frame and ruin the quality of your video.

Tip: Try not to use any type of music in the background of your video. This can distract from the main focus of the video, which is supposed to be your reaction.

Try using special effects in your video. Some editing programs include features that allow you to add special effects and transitions into your video, which can help improve the look and feel of your video after it has been uploaded onto YouTube. 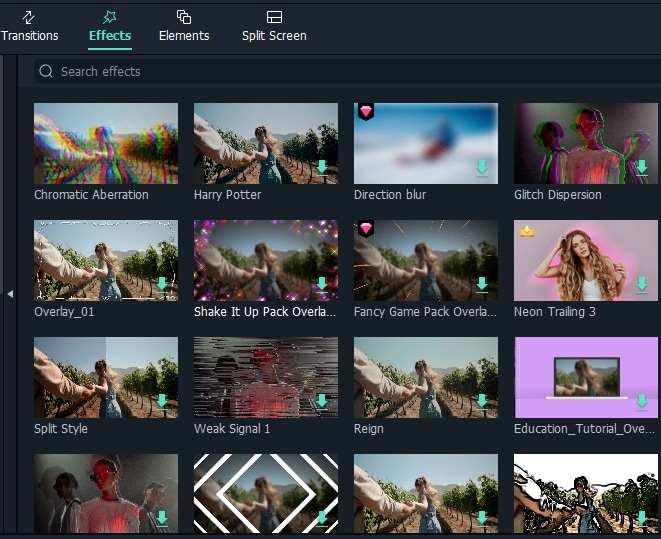 For certain occasions, these videos are the perfect outlet to express your emotions and give viewers some insight into what you think about the particular Tweet. You could get the same results using a normal video, or even screenshots of your life. But adding the right type of music and visuals to your reaction video are what can make a difference between someone watching and loving it, or rolling their eyes and hitting skip. And, that’s why using the Filmora video editor is a valuable choice.