White Valentine's Day - Everything You Should Ever Know

An easy and powerful video editor

The difference is that men return the favor to women this time around. And mind you, the gift bestowed on the woman should be thrice the value of the gifts given to her on Valentine's Day.

A White Valentine comes on March 14th, one month after Valentine's Day. The holiday began as a Japanese holiday way back in 1978. It gave men the opportunity to show appreciation to their women for the gifts given on Valentine's Day. Common gifts on this day are candies, cookies, and chocolates. However, some people go further to dish out fine and expensive gifts of any nature. 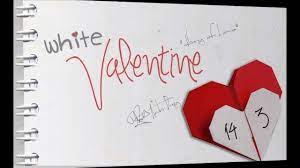 If you hail from an East Asian country, then the significance of the White Valentine might be crucial to you. However, it is not as popularly celebrated in other parts of the world as Valentine's Day is. The holiday is perceived to have been invented in southern Japan by a sweet-making company in 1977. There is a woman who inspired this by writing a letter. She claimed it was not fair for men to get gifts like chocolates and flowers from women on Valentine's Day, and yet there was no return for the same. That's how the birth of White Valentines came about. The following year, in 1978, the first White day was celebrated, but under the name of Marshmallow Day. This name, however, didn't stick for long, and by the 1980s, everyone had known it widely as White Day.

3. How are people commemorating this festival?

Even though White Valentine's Day is not celebrated widely in most countries, many people have started to embrace this concept. People return favors most of the time with some deserving gifts. It shouldn't be any different either with Valentine's Day gifts. However, because it originated in East Asia, it is popular in Japan, Vietnam, South Korea, and China.

It works directly. Once girls and women give gifts like chocolates and flowers to men on Valentine's Day, the men reciprocate by giving their gifts to the women a month later, on March 14th. But again, a lot of attention is given to the kinds of chocolates that women give on Valentine's Day. The "chocolate of love" is given to someone with whom you have romantic feelings.

Nonetheless, the other type, courtesy chocolate, suits general friends with no romantic feelings at all. Because of this, men should appropriately return gifts. If there are romantic feelings involved, then a guy can give a woman rewarding and valuable gifts, actually three times the value of a Valentine's Day gift. However, if the man doesn't feel any chemistry with the lady who gifted him then just some gift is appropriate. 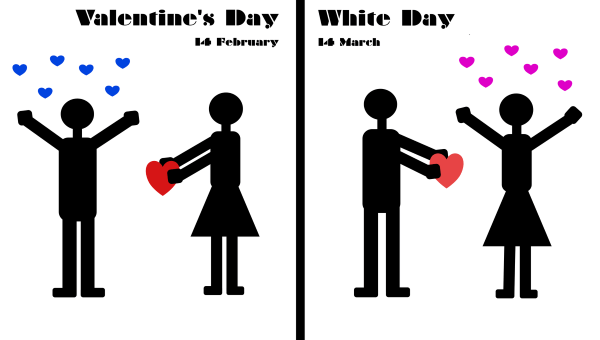 Valentine's Day originated in Rome. The celebration was derived from the Roman festival known as Lupercalia. This event marked the arrival of spring, which also comprised fertility rites. The event eventually became a cultural event worldwide. 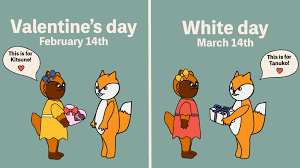 Red roses are beautiful and an obvious romantic gesture. But it was not until the 17th century that this gesture became a popular custom, and the dishing of flowers to show love took a toll on Valentine's Day occasions. White Valentine came much later, just about four decades ago. It is symbolized by white gifts like chocolates.

Despite certain differences, some similarities between Valentine's Day and White Valentine also exist. Check out where they cross the line in the same direction.

There is the sharing of gifts in both cultures. On Valentine's Day, couples and lovers spend some time out, whereby they also exchange gifts as a way of appreciating each other's love. In most countries, both men and women can give gifts of their choice. This is pretty different in Japan and other countries that practice White Valentine culture. Here, it's the women who are supposed to give gifts to their men. Then when it comes to White Valentine, we see men gifting back to women as an appreciation of the gifts they received on Valentine's Day.

Valentine's Day is celebrated worldwide as a cultural event. It originated as a Christian feast day that honored early Christian martyrs. Saint Valentine was among them. This has so far become a significant cultural celebration of romance among lovers. In Asian countries, the White Valentine is a cultural event in which men express their gratitude to their wives for the gifts they received on Valentine's Day. Traditionally, the gifts given by men on White Day ought to be white. It could be white chocolates, lingerie, or just using white gift wrap paper for your present.

These occasions are both performed yearly. People wait for these special occasions to express their love. Even though you should express affection to your loved ones often, there is something special about both Valentine's Day and White Valentine. And being a yearly event, the occasions are memorable. Everyone feels adamant about participating, especially if you have a lover or a crush. They are both special seasons for special people.