How to Blur Faces in iMovie?

Often many people are prone to identity theft, or sometimes by showing the faces of rape victims, you disclose their true identity to the world, which is to be kept confidential.

Often, when videos are aired on television, they use various tools that can blur faces and protect the identity of a person. This blurring feature is also useful for hiding sensitive details like car number plates, financial data, and other related things which are not to be disclosed in the public domain.

Related: How to Add Mosaic/Censor Effect in iMovie?

No version of iMovie is available for Windows till now, by which you can blur the face in your video, but you can get it done with the help of Wondershare Filmora. This software has a face-off function that will blur out the face in your image without requiring much effort.

The steps that you need to follow for blurring face are the following:

Step 1. Importing videos to the program

The first step is to run the Wondershare Filmora and tap the “Import” button for browsing the file folder on your Mac and loading it to the program, or you can also drag and drop your clip straight away to primary video.

Once you are finished with file loading, drag and drop your required file to the video track in the timeline panel.

Step 2. Blurring face in the video

Now, go to Effects, find the Face-off effect under Utility, and drag and drop it to the track above the video clip. 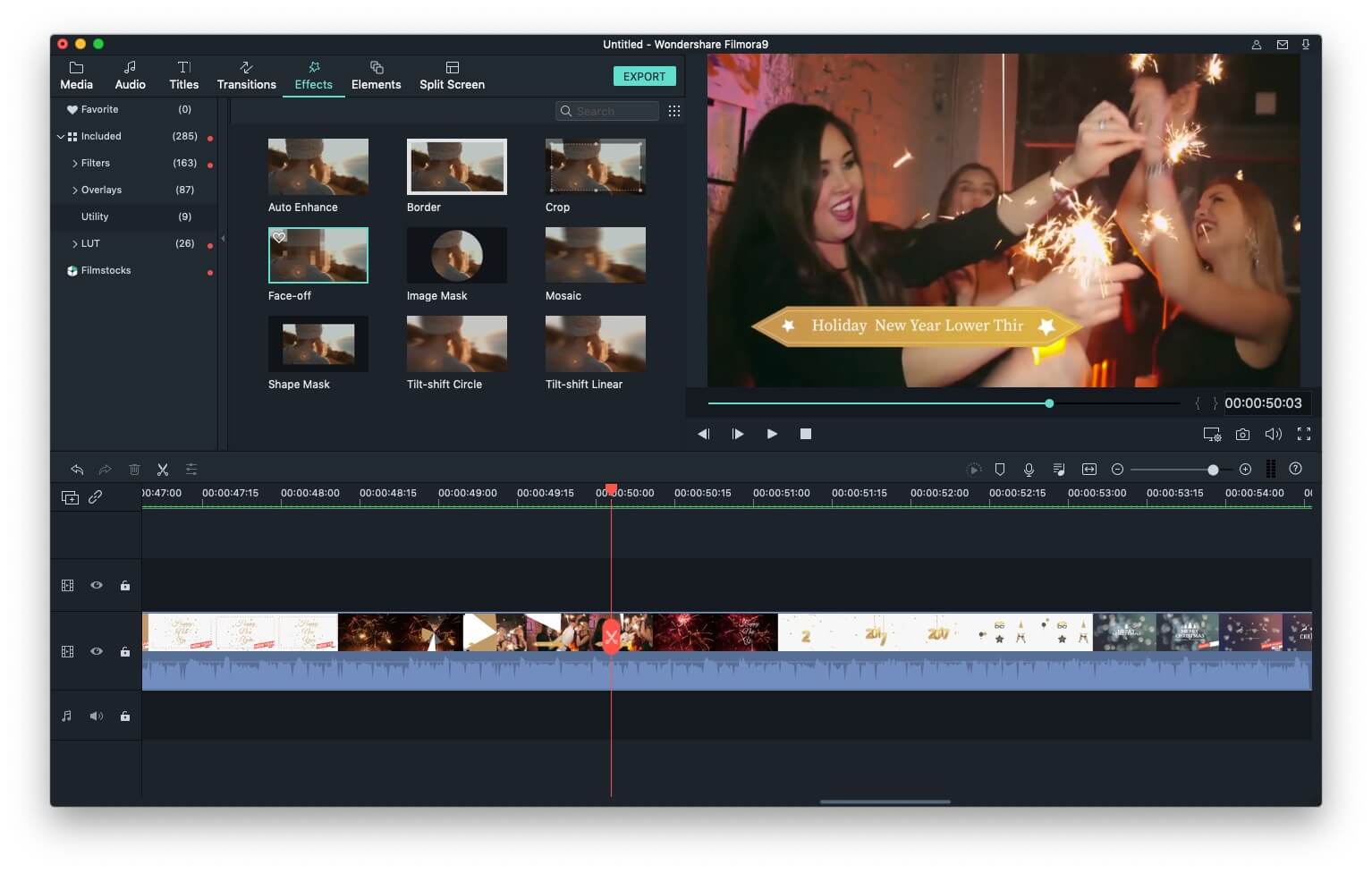 Now you have to double-click the Face-off effect in the track to pick the effect you can use to blur the face so that Filmora for Mac can instantly put the Face-off effect on the detected face. You can choose the Mosaic effect or use funny cartoon faces. 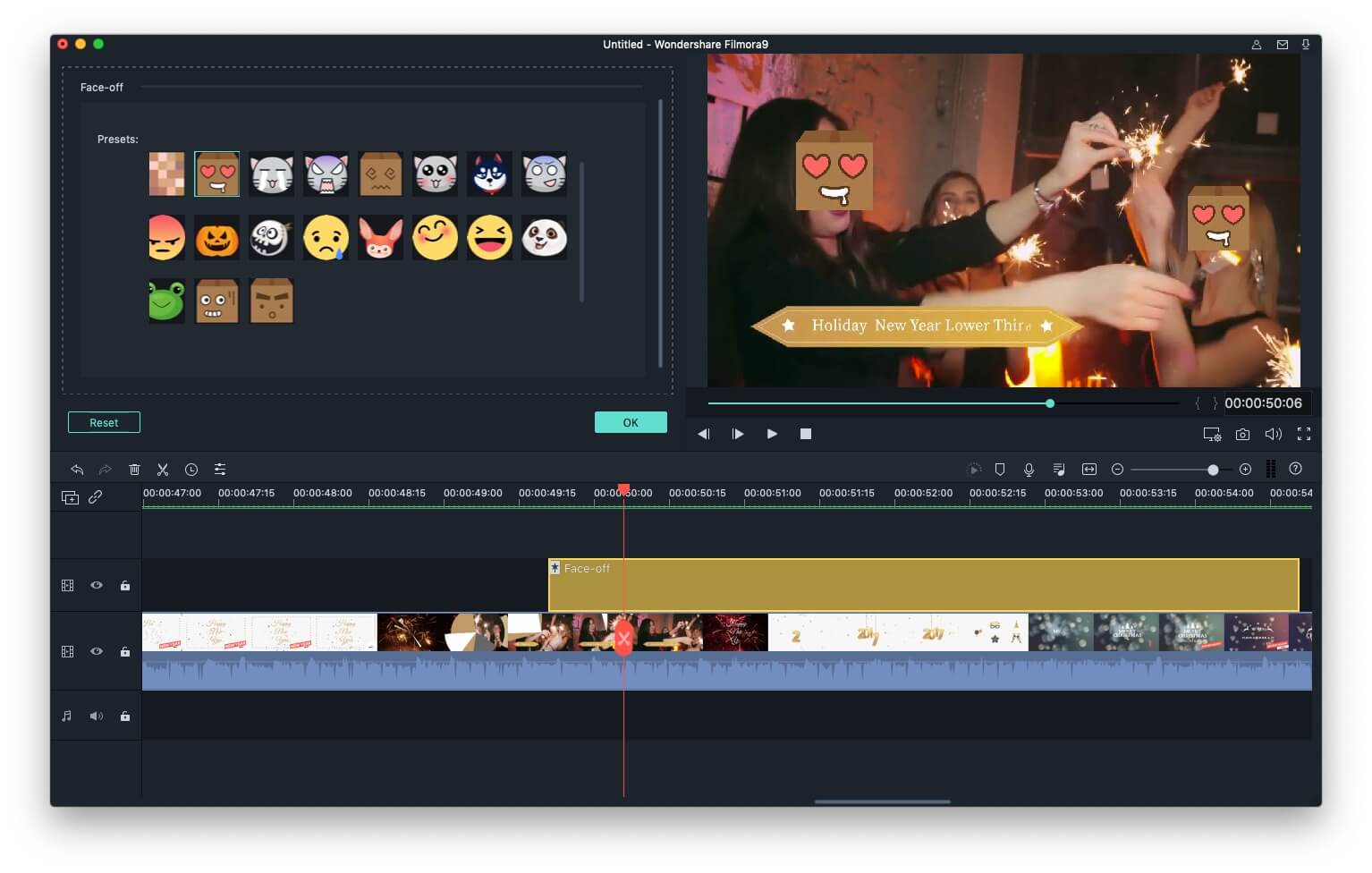 After completing this task, you can hit the Play button to preview the video and then click OK to save editing. After saving, return to the main interface.

The face will be blurred out successfully in your image. Now tap the “Export” button to export your finished video clip. You can publish it directly to social media or save it to your desktop.

The detailed steps of blurring faces in Filmora for Mac may differ from that of Filmora on Windows.

You can check this tutorial for more detailed information about adding mosaic effects to videos: How to Blur Faces in Filmora.

Part 2: How to Blur Faces in iMovie?

Blur face in iMovie is difficult, but we will try to describe it in the following section. To blur face, you will need to use the picture-in-picture features. Below are the steps for you to follow:

Related: How to Use Picture in Picture Effect in iMovie?

Step 1. Firstly, you have to launch iMovie software by selecting iMovie > Preferences. After this, choose the general preference, enable Show Advanced Tools, and then close the likes of iMovie. 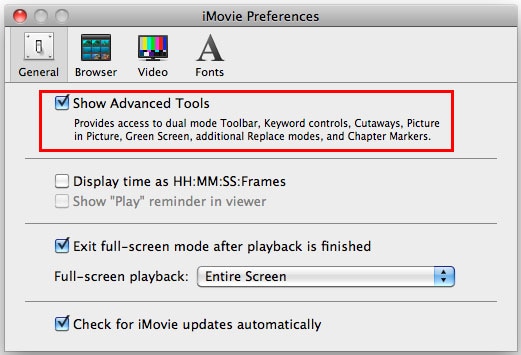 Step 2. The second step begins with choosing the video clip displayed on the license plate. After that, the clip will be shown to iMovie’s viewer.

Step 3. Take a screenshot of the face by pressing Shift + Command + 4. Once you are done with it, release the mouse button. You will hear a shutter sound, which will indicate that the screenshot has been captured and saved on your desktop.

Step 4. Now you have to open it in any image editor, like Photoshop and Gaussian, which can blur your image. You can make any change in it that you want to do. After making changes, save your image to the desktop.

Step 5. Drag it over your iMovie clip and select Picture in Picture from the menu that appears. When you complete this task, the blurred image will appear as a still in the viewer and iMovie’s project pane. 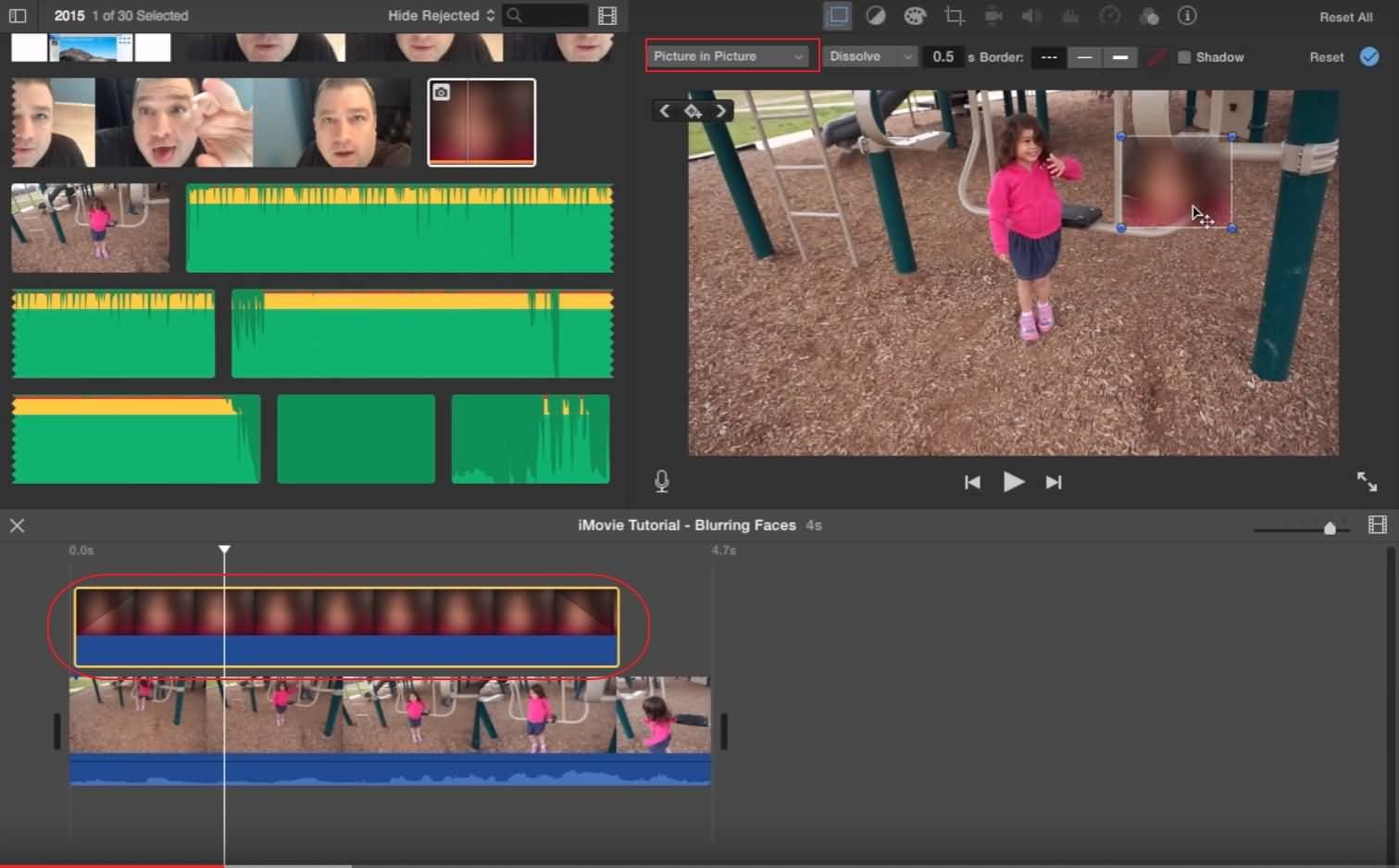 Step 6. Now adjust the length of the clip to cover the license plate for the duration of the clip.

Step 7. The last step is resizing the image and placing it in your desired location.

If the above step is not clear for you, you can watch the tutorial below to check how it works.

Here are some common questions about blurring faces in iMovie for your information.

1. Can I blur faces in iMovie?

Yes, you can, but this process is highly technical. It requires you to have access to photo editing software like Adobe Photoshop to apply the blur effect to the still frame you exported from iMovie. You can then use the Picture in Picture feature to cover a face in your video.

2. How to blur out multiple faces in iMovie?

The process of blurring one or more faces in iMovie is the same. It would help if you exported still frames that contain the faces you want to blur out, then use a photo editing software to apply the blur effect over those faces, and use the iMovie’s Picture in Picture tool to blur out the faces in your video. The only trouble is that you will have to go through this process for each frame in which you want to blur out multiple faces.

3. How to blur faces in iMovie from an iPad?

The steps you need to take to blur a face in iMovie are the same on Mac, iPhone, or iPad, which means that you will have to create a still frame, apply the blur effect to it in a photo editing software, and then use the iMovie’s Picture in Picture feature to cover a face.

Thank you for your comment. We will review it within few days.
You May Also Like
How to Zoom in/out Videos in iMovie on Mac/iPhone?

In today's article, we will show you how to zoom in/out videos in iMovie on your Mac and iPhone.

iMovie Tutorial: How to Add Transitions to Videos in iMovie?

Read this step by step iMovie tutorial on how to add transitions in iMovie manually and automatically so that you can move from one movie scene to another smoothly.

How to Use Video Color Correction in iMovie?

This iMovie tutorial will teach you how to use iMovie's correction tool to correct video color and produce different video color effects.