Bandicam vs Camtasia, Which is Better?

Screen recording is in high demand these days due to monetized labor on social media, from which people all over the world profit handsomely. A variety of factors are required for screen recording, including the ability to demonstrate, video editing, high-quality content, and a short and clear message. Now, the skill is something we can't teach you, but for the rest, screen recorder software is employed, which not only records the screen but also allow you to edit the video and perform other operations on the files.

Modern consoles make recording gameplay simple, allowing you to accurately record your travels. It is vital to select the appropriate recording software for your computer or mobile device in order to have a better experience. There are several reasons why recording a screen is preferable to taking a snapshot. A screenshot is also a static image that cannot convey the information you want to convey. Real-time screen recording, on the other hand, can be difficult. If video recording is unfamiliar territory for you. As a result, you'll need to use specialist recording software to satisfy your needs. So, by comparing Bandicam and Camtasia, you can learn more about two well-known recording software packages.

Camtasia is a TechSmith product that allows you to create and record video tutorials and presentations using a screencast or a direct recording plug-in, which is primarily used with PowerPoint. Other multimedia recordings can be made simultaneously or afterward. Camtasia is a one-time purchase that costs $249.00. Camtasia is a video editing program for beginners, with a simple setup and user interface. Camtasia blows the competition out of the water with the best screen recording capability. On the other hand, their cursor effects are outstanding. Camtasia features interactive quizzes that allow the user to provide valuable feedback. It has a large library and is also available for Android and iOS. 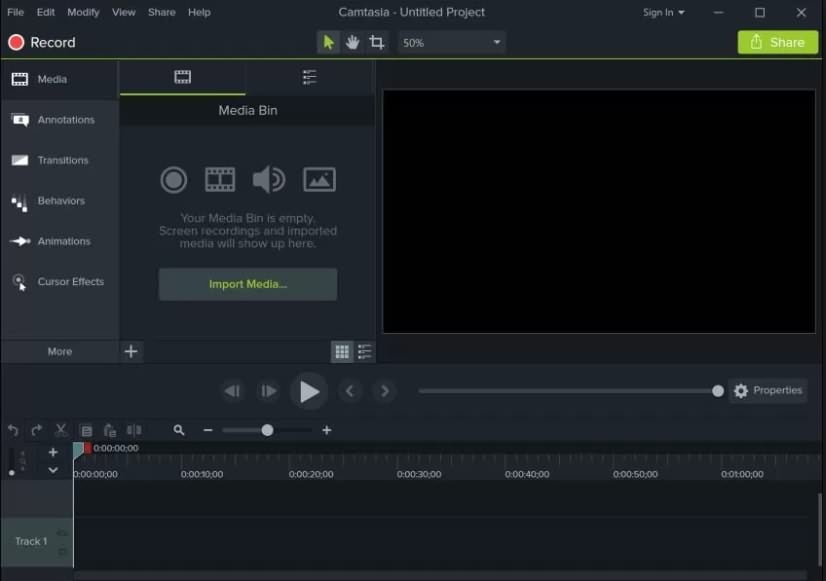 Camtasia is a robust video editing tool that supports various media formats. It has a straightforward user interface and provides users total control over their recordings. It works on both Mac and Windows computers. Its excellent training courses can help you learn rapidly, even if you are new to video recording and editing. This sophisticated screen recorder tool can swiftly record anything on your computer and provide edited output that can be shared on major social networking platforms. In addition to capturing numerous apps, the Camtasia screen recorder may be used to record gaming sessions and films.

Camtasia allows you to capture mouse movements and then magnify and change their color to call attention to them.

Users like Bandicam recording software because it allows them to capture almost anything on a computer or a mobile device. Even inexperienced game recorders can use this game recorder. It's designed to record fast-paced games and gives customers a lot of options. Game recording mode, screen recording mode, device recording mode, and video recording mode are all available in Bandicam, a PC screen and video recording application with multiple modes. This amazing technology may be used to capture and record gaming spells, online video lectures, and online academic courses, among other things, and then use them when needed. This great application allows professionals to produce tutorial films and publish them on major social media networks. 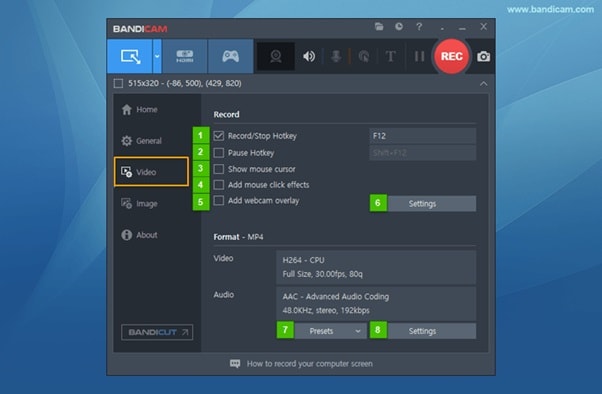 Game Recording Mode: The next mode of the Bandicam game recorder is game recording. As the name implies, it is clear that users can record their gameplay and view their frames per second with no delays. Its game recording mode is designed specifically for game recording and works well with games that use DirectX, OpenGL, or Vulkan graphics technologies. This mode requires additional gear and allows you to record in high quality from any external source. For the greatest results, while recording game consoles, you should use a PCI/PCI-E capturing card.

You should have a good understanding of the differences between Camtasia and Bandicam after reading this article. It is now up to you to select the most appropriate option for your requirements. You can use one of these two powerful video recording apps to create video tutorials and record game sessions for a better gaming experience. Furthermore, with this useful information, you may have a better idea of what you require. The two programs mentioned above are extensively used by users for video recording and capturing. With that stated, Camtasia is my favorite of the two because it offers a better recording and editing interface and can be used across all platforms.