You may be a musician who wants to record their music, or just a person wanting to develop his custom ringtone. In either case, a physical or virtual audio mixer is required, whether it be analog or a dedicated audio mixer software.

But you need to have some technical knowledge to make optimal use and funk up your music/sound.

Here we are to give you the knowledge you need and some amazing audio mixer software that could be perfect for you. So buckle up, and get ready to level up the harmoniousness of your creativity!

An audio mixer is used for several significant purposes. It is known with several names. Whether a mixing desk, soundboard, mixing board, audio mixer, or mixing console, all have a coherent purpose. The sole purpose of an audio mixer is to manage either the live or recorded event.

As the name suggests, audio mixing is the process of mixing multiple sounds and consolidating them into one or more channels.

This process is performed in a way that manipulates or enhances the dynamics, source's volume level, panoramic position, and frequency content. The end moto of this creative and aesthetic treatment is to present the audio appealing to the listeners.

2. What does an audio mixer do?

As mentioned above, the primary function of an audio mixer is to mix more than one audio signal and combine them into one or more output signals.

As an example, you may think of an audio mixing engineer, let's say, orchestra conductor, who ensures that all the segregated sound sources mix into one harmonious soundtrack.

For this, they will use an audio mixer for filtering and optimizing sound by level adjusting, developing monitor feeds, using equalization and effects for sound enhancement.

This process is performed by a mixing engineer who operates either a digital audio workstation or a mixing console.

3. What is audio mixing used for?

Audio mixing can be used in many fields, and it's very common in our daily life, such as:

Whether you are pursuing a music career, making a video for a movie clip, or merely creating some hard-core beats for fun, you'll be needing good sound mixing software.

Selecting an audio mixer software perfect for your requirements and available resources is not an easy task.

Some of them are for free while some charge for it, some offer limited features. At the same time, some are specific to a certain operating system, the options and availabilities are endless, and choosing among them is a hell of a daunting task.

But no need to stress out because we are here to take your burden on our shoulders and help you choose exactly what you want! So sit back and relax!

This software is a perfect tool for newbies that provides a user-friendly interface and promises a professional outcome in the end.

If you are facing any trouble regarding audio mixing through an audio mixer software, then here's a video tutorial for Filmora software.

You can download it for free and follow the video guide step by step. Check the below video: 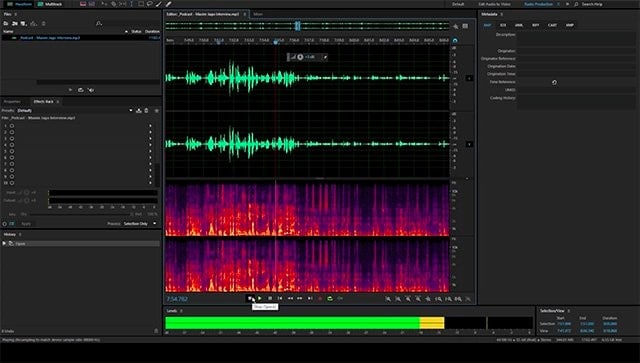 It is primarily designed for professional users having several features like multi-track editing and mixing, Auto Ducking, clip editing.

Price: free and paid for both. 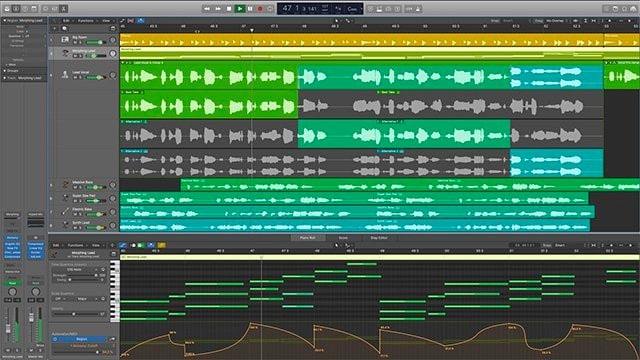 This software is suitable for both professional users and beginners. It combines all the basic and advanced features, including Flex Time, automatic time matching of different tracks, Flex Pitch, arpeggiator, etc. 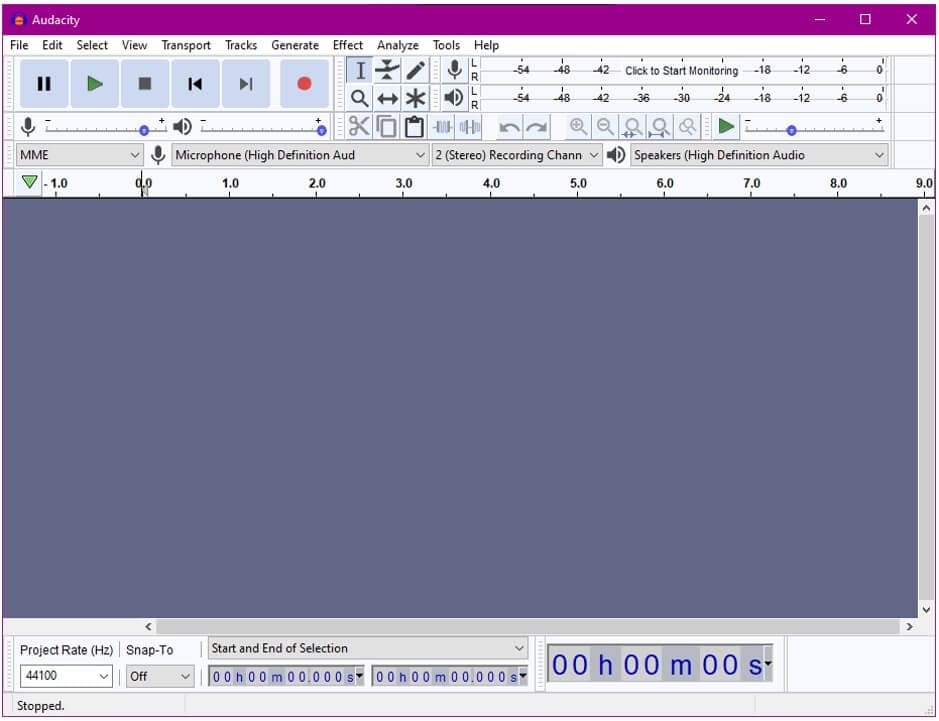 A free, open-source, and features rich software perfect for both professional and beginner users. Its offers multiple effects and tolls like analysis, envelope, time-shift tools, etc. 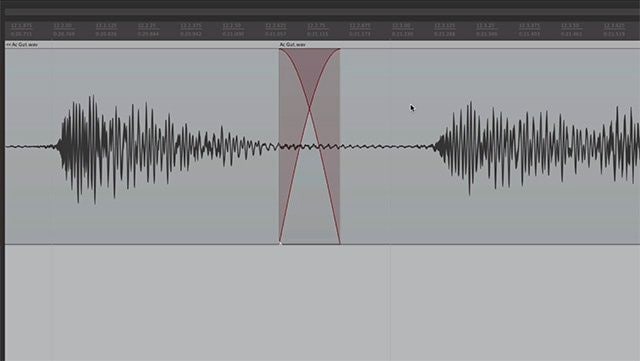 This is one of the few software facilities with a bunch of features at such an affordable price. It has multiple tracks, multichannel support, real-time, non-destructive effect application, pitch-shifting, and time-shifting features. 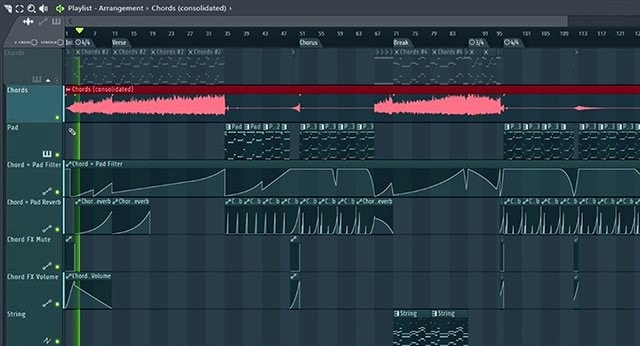 It is one of the top-notch software used for sound mixer and editing purposes. It supports pitch shifting, time stretching and multi-track recording, 80 plugins, VST standards, delay compensation, etc. 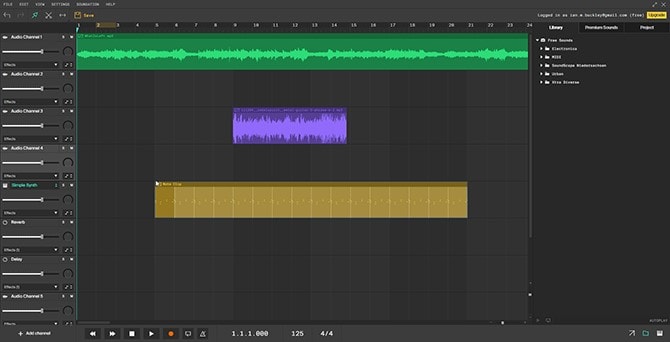 It offers functions like cutting with an online audio cutter, paste and trim audio, and supports 18 filters, effects, and publication through URL and social media with the minimalistic user interface.

This is online browser-based software that can edit the files from our local storage, and you don't have to upload the audio to their server. It can cut, apply effects, trim, etc. It has ample own music library, effects and import options.

5. What to consider while choosing an audio mixer software?

Before starting off with the audio mixing activity itself, one must be able to determine which audio mixer software is best for them with respect to their availability of resources or usability. Here are some of the factors to consider while opting for an audio mixer software:

It is necessary to know at least somewhat about the fundamental terminologies to decipher the specifications and features of an audio mixer. Here you'll get to know what it takes to be able to distinguish among different audio mixers and their respective software. 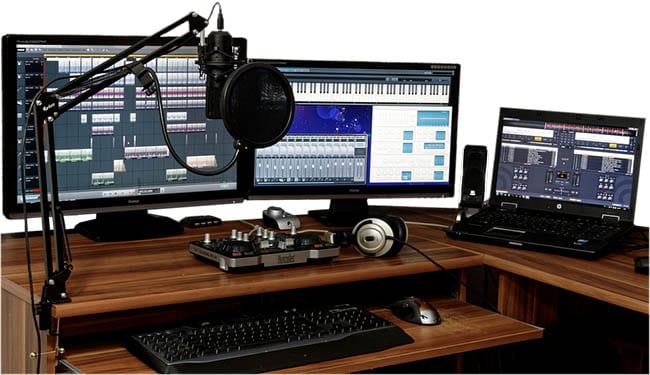 It is a signal path. Channels are made to accept microphones, preamps, amplifiers, and signal processors. A mixer with several channels integrated with it allows several things to be integrated and routed through it.

It is a cluster of controls and circuits that works together on a specified mixing channel to manipulate the audio that passes through it. Some of which includes the following:

It is the jack where any external instrument, like guitar, microphone etc., integrates with the mixer. The noise and interface are minimized to maximum extent by balancing the XLR inputs. A quarter-inch TRS connector or RCA are connected to other inputs.

It produces weak mic signals by the raise of line-level strength for processing.

Often abbreviated as "EQ", is used to adjust the frequency response of a signal.

This process is used to perform grating and compressing.

It directs the incoming signals to external devices or mixer circuitry.

Its fundamental objective is to control the inputs and outputs of a channel.

Kind of a gauge or interface that presents the channel output.

I/O is abbreviated as inputs/outputs on a mixer in this regards. The number and category of I/O will depend on the use of a mixer.

Such a mixer is needed which is enough to handle the outputs needed to connect the mains, microphones, other devices that connect to it and monitor speakers. The devices that are a part of a recording process or signal chain must also be included while calculating I/O for studio mixers.

Such inputs/outputs include headphones, effects processors, monitor speakers, signal processors and other instruments as well that uses direct injection (DI) boxes to connect to the mixer.

It can be understood as a circuit intersection where the outputs from different channels meet. The signal channels are routed to a specific bus or set of busses. The main mixer output to a recorder or a speaker by the master mix bus.

Auxiliary buses, often known as aux buses or aux sends, are usually fed by the channel's volume controls with which they are connected and then send those signals through their own output jacks. This is called as post-fader sends which are used to send the mixes of monitor speakers, signals to headphones or effects processors.

Several channels in a mixer often offer a group function that allows one to simultaneously process and control various channels. Its works are similar to that of sub-mixer that shares the coherent signal routing and processing and provides the ease in controlling master bus since a single fader is used to control all the channels.

External and add-on sound processors, such as equalizers and compressors, are connected with the help of a channel insert.

Cue systems allow listening on the specified channels without affecting the mixer's output. This usually allows the signal to listen either before fading manipulation or after.

In the early days, analog audio mixers were the only option available to perform sounding mixing. But the rise of the era of the 21st century brings more opportunities for easy and optimized audio mixing by sound mixer software.

All you need is a configured laptop, audio mixer software, and merely a control surface to jump into this world while being within the budget!

This audio mixer software is easily available to do everything or even more than what a physical mixer could have done. Several sound mixer applications are available to start with basic sound mixing using your smartphones or even tablets.

For the sake of recording, software-based mixers allow easy integration with the virtual instruments, drum loops, samples, and several other additions in your productions. The use of advanced MIDI functions with a digital audio workstation (DAW) lets you enlighten with a whole new world of possibilities to elevate your sounds/music to the next level.

Final verdict: Have you decided on your audio mixer software?

The usability and optimality of a sound mixer online software depend solely on the extent of application, available resources, and OS compatibility.

But, it can be said without a doubt that Wondershare Filmora is the most user-friendly, with immense flexibility in terms of uses and compatibility. Its broad-scale usability and promising results make it outshine the most among other audio mixing software.

Thank you for your comment. We will review it within few days.
You May Also Like
7 Types of Audio Effects You Should Know

Audio effects are important for videos. Do you know how to use them or the types of audio effects you can use? Check this article to know the detailed information.

The best audio recording software has a variety of tools embedded to polish the audio recorded, in which this article we are going to reviews for you.