How to Spot Fake Followers on Facebook for Marketers

If you want to edit FB video, Filmora Business is the best choice to help you easily edit videos. Keep reading to explore more about fake followers on Facebook!

Countries such as Indonesia, Nigeria and Bangladesh are flooded with fake followers on Facebook. There are businesses that sell fans and allow other business owners to buy cheap and fake fans through advertising to get likes in those countries.

No doubt, the Facebook page gains more likes through them, but not effective in the long run. These fake followers have fake accounts intended for selling their like to others accounts. 1000s and 10000s accounts are purchased by brands over social media. Social media platforms such as Instagram pick them up and deletes every now and then.

Businesses dealing with fake followers have staff to maintain these accounts to pass as regular accounts which is a big issue. Influencers often involve through engagement pods on each others’ content and get high ranks for the feeds by fooling the social algorithms. If you access these influencers as a brand in terms of quality, they have nothing substantial to offer you.

Part 2: How to spot fake followers on Facebook for Influencer quickly

Let us now explore the tips and tricks to spot the fake followers on Facebook. We hope you get all the essential nitty-gritties for the purpose after reading this section.

You can gauge the quality of engagement from the comments on influencers’ content. The manual process shows fake engagement and bots influenced comments as genuine statements. The fake statement and emojis like ‘love it’, ‘beautiful’, and ‘cool pic’ are part of this. The fake followers on Facebook, indulge in these stuff, whereas loyal followers invest time in long genuine comments. The way people fake influence these days, but also detects it due to technology.

Engagement rate is nothing but the average number of engagements received by influencer for each post divided by number of followers. When an influencer has below 1% engagement, it implies involvement of few fake followers in certain amount. So, it is prevalent to track the numbers and do the calculation, so that there is no chance of fake followers on Facebook that can ruin your business.

Fake followers on Facebook can be detected if all of a sudden follower count increases. At times organic posts also garner high followers if it goes viral, but if the hike is not for a viral post, then it screams fake! When an unknown influencer has a sudden spike in followers and then a gradual decline, you need to understand that the influencer had a strong engagement rate. Nameless influencers can be through followers, comments and likes. Using third party tools you can gauge the tendency chart.

For tracking fake followers on Facebook, you need to know their location. Knowing location also helps you in finding the origin of followers of an influencer who show interest in your product or brand. In case the influencer is from one country and their followers majorly are from another country or continent then they are fake or purchased. When the influencer’s location and post topic seem unusual, you should know that there are chances of fake followers. You can contact the influencer and request for screenshots of audience analytics to figure out if the followers are fake or not.

You can try Phlanx for analyzing Facebook followers for influencers. The most credible features of this tool are ‘influencer contract generator’, ‘product trials’, and ‘collaborations’. This tool helps you work with brands, contact influencers, measure engagement, and create contracts. Using the right tool will enhance your followers on Facebook for influencer and bring a new dimension for your business. 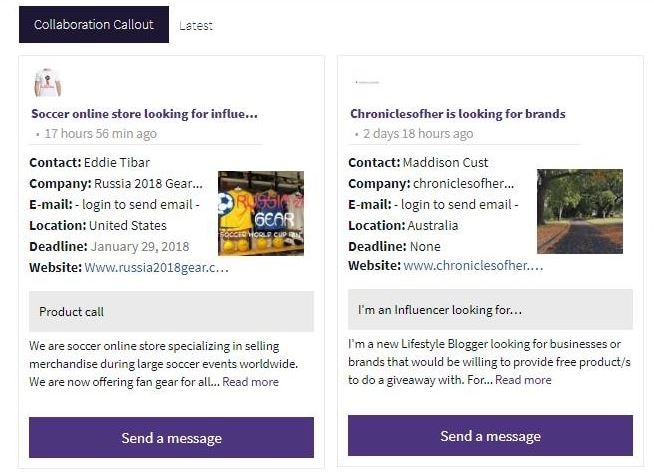 From the above article, we have realized that finding fake Facebook followers is not that tough, if you learn the right way to do. The above mentioned points in the article would assist you in getting the best out of Facebook fake follower tracking and resolving.

Knowing these aspects, you will be able to protect your brand page and garner genuine followers on Facebook without any hassle. Ensure that while picking a third party tool, opt for a trustworthy one so that your Facebook page gains better results and genuine followers.