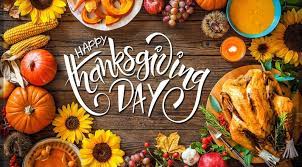 Thanksgiving Day is celebrated every fourth Thursday of November and makes a significant holiday in many countries. The celebration is accompanied by a festive dinner which includes turkey, mashed potatoes, pumpkin pies, and much more.

The article covers the brief history of Thanksgiving Day, its tradition, and its meaning. So, let’s check out everything about this special day. The article discusses all the aspects of the important day and the celebrations.

Part 1. The Origin of Thanksgiving Day

The glorious history of Thanksgiving Day dates back to the fall of 1621. The laborers (Pilgrims) received a bountiful harvest after a year of illness and shortage of food. The event took place in Plymouth Plantation in Massachusetts. They showed their gratitude to God and celebrated the occasion with a feast. 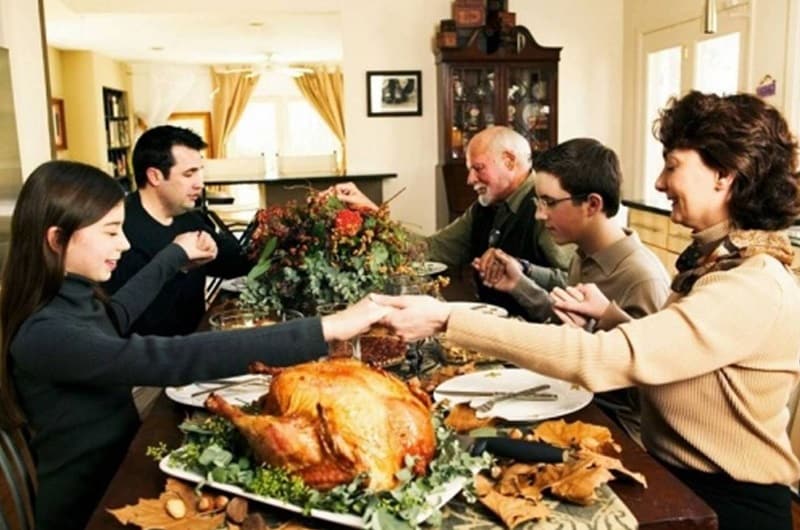 The proof of celebration is a letter which Pilgrim Edward Winslow wrote to his friend. He wrote about three-day long feasting and how they acknowledged God’s blessings.

Every occasion brings some unique, distinctive features associated with it. The vast history of Thanksgiving has brought along many symbols with it.

The traditions and rituals are derived from the history of Thanksgiving Day in the USA. In America, the families get together for thanksgiving meals. The standard symbols of thanksgiving are in food like turkey, pumpkin pies, and cranberry sauces.

The members of the dinner thanked each other and showed gratitude to God and their special ones. During the meal, the family may break the turkey wishbone. The person who gets the more significant bone receives a wish.

Specific charitable works are also associated with the day. For example, many organizations and people help needy people with meals and gifts.

When did Thanksgiving Become a Holiday?

On October 28, 1789, the Federal Congress passed a resolution asking the President to acknowledge the day for the first time. Thus, for many years the week of Thanksgiving Day was altered by different governments.

Finally, to clear the confusion, it was moved to the fourth Thursday of November.

One prominent tradition which has evolved with the history of Thanksgiving is festivals and parades. For example, New York city witnesses one of the largest Thanksgiving parades called Macy’s Thanksgiving Day Parade. 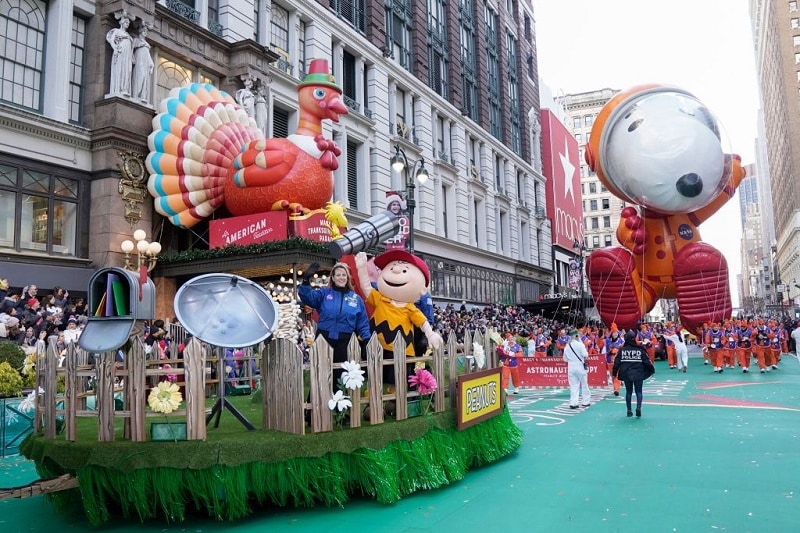 This parade started in 1924, and over two million people watched it; it’s the second-oldest Thanksgiving parade. The first one is the Dunkin’ Donuts Thanksgiving Day Parade in Philadelphia.

Thanksgiving Traditions Around the World

The history of Thanksgiving comes from mutual cultures, and hence the day is celebrated on different days, reasons but having the same beliefs.

Canada – Canada’s Thanksgiving celebration is almost like America’s. It marks the happy harvesting of French settlers in new Canada. The festival takes place in October.

Germany – The traditions are similar to America, but it’s celebrated in October. The celebration is very religious and full of gratitude.

Japan – It originated from the harvest celebration of Niiname-no-Matsuri, the ritual enacted by the emperor. It’s called Labour Thanksgiving Day and is celebrated in November.

United Kingdom – The harvest celebration of Thanksgiving in the UK is closest to the American festival. Upon completion of harvest, the families and friends dine together and have a memorable time.

China- China celebrates the annual “Chung Chiu,” also known as the moon festival. It is observed on the 15th day of the eighth lunar cycle of the year. The families come together for a three-day feast of sweet food called the moon cake.

South Korea - Thanksgiving Day is also known as ‘Chuseok’ and is celebrated on the fifteenth day of the eighth month. The Chinese and Vietnamese Thanksgiving Day are on the same day. Delicious meals and thanks to God follow it.

Brazil – The country celebrates Thanksgiving Day on the same day as America celebrates. The holiday is called ‘Dia de Ação de Graças’. The traditions are inspired by American traditions like food, football matches, parades, and much more.

Barbados – The nation celebrates Thanksgiving very extensively. It’s also known as the crop over the festival and marks the end of the sugarcane harvest season.

Malaysia – They observe the Kaamatan harvest festival. They honor the harvest in Malaysia with worship to God and feast.

Israel- As most agriculture-based civilization acknowledges the day, so does Israel. It’s called Sukkot or the Feast of the Tabernacles. In Israel. The celebration is for seven long days. The citizen thanks the god for good harvesting and a bountiful year.

Although the common belief behind the occasion is that many people believe that Plymouth pilgrims weren’t the first to celebrate it. Some experts claim that the first celebration took place in the Popham colony of Maine, marking their arrival in 1607. 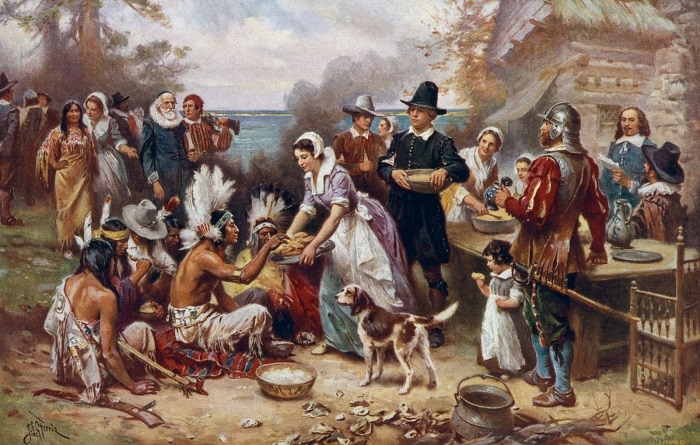 Some people believe that the pilgrims at Plymouth celebrated the defeats of the Wampanoag neighbors. They did celebrate thanksgiving but in different years. So, the belief and ancient origins of the celebration arise from different views.

But, except for all the controversies and ancient origins’, one thing that keeps it common is the celebration of the harvest and welcoming the fall and festivals.

So, the day is celebrated in different parts of the world on different days, expressing the same thoughts and practices making it a worldwide significant day.

Part 3. The Meaning of Thanksgiving Day

Majorly Thanksgiving Day is just a celebration with family and reunions. But, of course, many enjoy it as it’s just feasting, football games, floats, and parades. But the real celebration and significance of the day lie in the short history of Thanksgiving Day. 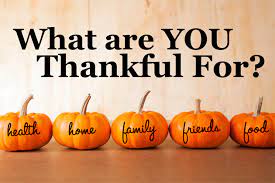 Typically, it’s gratitude to God for a blessed year, successful harvest, and a reunion with loved ones over great meals expressing love. But, over the centuries, a different part of the world has added its meaning to the day. Hence, all the traditions, meaning result in a celebration and day full of love.

Let’s have a look at the meaning of Thanksgiving Day

It represents unity – it’s the time of healing and forgetting everything terrible. The families and friends come together to celebrate the past year and welcome the fall together.

The Lineage of Culture – the stories you hear from your parents and grandparents are passed upon your children. The traditions of feasting preserve the culture and create a connection and thousands of memories.

Praise to God – Thanksgiving Day is a grateful day on which you thank God for a successful harvest. It’s a day of forgiving, helping the less privileged souls, and celebrating relationships. In the Bible, the meaning of thanksgiving reflected adoration, sacrifice, praise, or an offering.

Now, you are well aware of all the crucial details of the history of Thanksgiving Day. But, of course, the day is celebrated in various regions in different ways for different reasons. But, the day calls for celebration, gratitude, the onset of winters, Christmas, and the new year.

Such occasions hold the culture together and have been celebrated for many years. The theories may be slightly different, but celebrations have been the same all these years.

So, you must arm yourself with knowledge of such valuable and rich customs. Give a thorough read to the article and explore all the exciting stories and ways of celebrating the day.