To play any of your old faves like Halo 2, Ride and Die, Agent Under Fire, & Avatar: The Last Airbender on an Xbox, you'll have to shell out a lot of money. The original Xbox emulator for Android was introduced on November 15, 2001, making it one of the earliest 6th generation video game systems.

An Android Xbox emulator apk may let you play Xbox games from the past without having to shell out a lot of money. You don't have to spend your time inside, which some people find tedious if you want to play actual games.

A third-party website originally made this Xbox emulator for android apk for Android accessible to users in Chinese. After downloading it from the website, you needed a virtual private network (VPN) to operate it. This was due to Microsoft's severe copyright policies at the time. That's why China was the server location.

We talk about the best Xbox emulator android. These are the following: 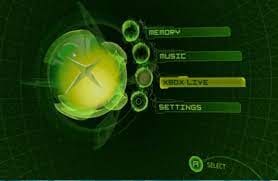 Finally, Xemu is the fifth-best Xbox emulator android on our list. Plays around 30 percent of the original Xbox games on Mac, Windows, & Linux.

Emulating Xbox games while on the move or at work has never been easier thanks to XEMU, a fork of the XQEMU emulation project currently in continuous development.

Most current computers can run this emulator without issue. That developers are always working on it, with the final testing taking place in January 2021, is the finest part.

Their website has a comprehensive list of games that are compatible with the system, making it easy for players to choose their favorite titles.

Xemu and XQEMU are going to have a lot to offer in the near future! 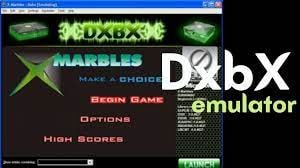 On this list of the best Xbox emulator android online, DXBX ranks 4th. Despite the fact that it is not being supported by developers, it is still excellent software with an excellent landing page.

To get the most out of your favorite games, use this open-source Xbox emulator android, which is completely free to use. With its ability to simulate controllers and its own kernel, it's a strong contender.

Powerful enough to imitate several Xbox One games as well as emulating Xbox 360 and Xbox games.

This free emulator is compatible with most Windows 2000 to current-generation devices. One of the best options for most Xbox games is a great alternative for those who are tired of playing the same game on Xeon!

Similar to Xenia, the VRBOX 360 emulator works well on most Windows machines. This application is compatible with graphics cards from both Nvidia and Radeon, and the images shown on the screen are identical to the ones on your computer.

That implies that individuals with the most powerful graphics cards will get the best results!

VRBOX 360 is an excellent entry point into the world of computer gaming & emulation since it is compatible with Windows XP and later. It can handle huge games, but the list of titles it supports isn't extensive.

Still, the games that do function are excellent, and there are a lot of excellent options to select from... According to what I've been told.

It's hard to argue with VRBOX 360, a newer and free emulator that was last updated in 2014. Because it's open-source, anybody may make changes to the code at any moment, so why not contribute? 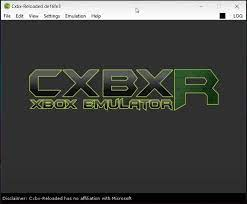 CXBX, a cross-platform Windows and Mac emulator, is next. Because Macs are so underrepresented when it comes to gaming, I prefer to include Mac possibilities in these articles.

CXBX isn't the finest of the lot on paper, but it's growing better and better every day. The emulator can also run Xbox One & Xbox 360 games, however, the emulator's performance varies from computer to machine.

Only a few of the latter two can currently be re-created, but developers are working hard to expand the list of games that are compatible.

An AMD Athlon/Intel Core i3 processor or above is required to get the most out of the emulator in terms of processing power. Newer smartphones are better equipped to run it, since it requires 2GB of RAM. 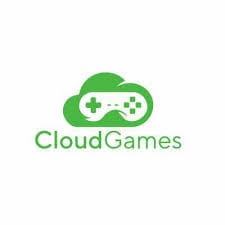 When it comes to playing high-end games on an Android device, this is one of the most popular and best Xbox Emulators available. This emulator's excellent user interface is one of its many appealing features. There are touch buttons for ease of gaming, and you can quickly browse around the app.