• want to record your gameplay and edit game montage? Filmora has intuitive interface and thousands of effects that equip you with any tools you can think of. Try it out!

List of the Best PlayStation 2 Emulators for Android devices 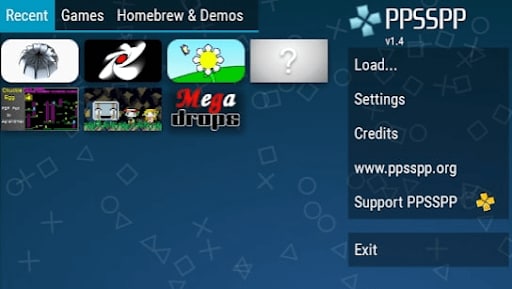 PPSSPP is among the most widely used Android emulators, and it enables you to play PlayStation 2 emulator android games on the smartphone or tablet. The games are quite smooth to play, and they include multiplayer options. The software has been designed to make use of the available full-screen area.

This emulator is compatible with both PlayStation 2 emulator android & PSP games. Because there are no games loaded in this software, it is capable of supporting ISO and CSO files. The games, on the other hand, do sometimes crash. The emulator is available in both a free and a premium edition, which you may choose from. Advertisements are included in the free version.

Play! The emulator is compatible with and supports the vast majority of 128-bit games available for Android smartphones. For Android, Windows, macOS, & iOS devices, there is a Play! emulator available. Because the emulator is not up to date, you may have a variety of issues, such as lagging during gameplay.

However, an emulator is really simple to use, allowing you to spend more time playing your favorite games. It is possible to play games such as Grand Theft Auto San Andreas, Mortal Combat, God of War, and so many more.

DamonPS2 is the most powerful PlayStation 2 emulator available for android cellphones. The software has advertisements in between sections, however, you can get rid of the advertisements by purchasing a premium version of the program. Many useful capabilities, such as multi-threading, Neon acceleration, bypassing the BIOS boot games, and others are included.

With the help of this emulator, you may play vintage PlayStation 2 games. When playing high-resolution games, it is possible to experience minor problems. You will only be able to access a restricted number of graphics in the free edition of the program.

Golden PS2 is one of the most popular PlayStation 2 emulators available for Android. The software is being developed by Fas Emulators. It is one of the best ps2 emulator android available, and it has all of the essential elements for a satisfying gaming experience.

Typically, it is referred to be the fastest emulator for Android smartphones since it replicates the PS2's gameplay as quickly as possible. It is compatible with the vast majority of Android devices and does not need a BIOS file.

The Pro PPSS2 Golden ps2 emulator for android is another name for the Gold PS2 emulator. We can categorize it as one of the top gaming consoles available since it has practically all the best ps2 emulator android games. It boasts excellent visuals and provides the finest overall performance.

This emulator offers numerous useful capabilities, such as the ability to load cheat codes from VBA-M files, among others. The program is completely free to use and quite simple to install. The system requirements are similarly modest, with Android 4.4 or above as the minimum required. It is compatible with a variety of file formats, including 7Z,.rar, and.zip.

How can I use the PS2 Emulator for Android to play PS2 games?

Unless you have the ISO file plus the PS2 BIOS file, the best ps2 emulator android games won't work. Using Google, you may quickly find the ISO file for a given game. The "Unknown sources" tab in your phone's settings should be enabled. Apps from unknown sources may now be installed. This is good news. It is necessary to copy & paste the ISO file into the Emulator's folder after downloading the game. You'll need to have a PlayStation 2 BIOS in order to run certain emulators like DamonPS2 Pro, for example. On Google, you may also download this file and put it into the app's folder. It's now possible to choose a game to play after having BIOS installed. The PS2 BIOS will then be requested. Return to tapping the game after selecting the BIOS file. After you've done this, all you have to do is wait for the program to load so that you can begin playing.

What is the standard frame rate for PlayStation 2 games?

The emulator's performance when playing a particular game is measured in terms of frame rates. The frame rate, or "FPS" or frames per second, is a typical indication of a game's playability. Around 30 is the typical best ps2 emulator android gaming pace. A 0 to 20 fps Android phone game is almost unplayable, 21 to 29 fps is acceptable, and 30 fps and beyond is nearly as enjoyable as playing on a console.

Do PS2 emulation software and PSX software operate together?

Ps2 emulator for android, on the other hand, only play PS2 games. FPse, a PSX game emulator for Android, is required if you want to play PSX games on your phone or tablet.

The greatest ps2 emulator for android so far is DamonPS2 Pro, one of the three apps on our list. Compared to Play! and PPSS2 Golden, it has less trouble with most PS2 games. It also has the most devoted following and is the closest to a fully functional PS2 emulator for Android on the market at the moment.

All of these applications, however, are still in the early stages of development. For all these years, you've been pleading for an Android phone with a PS2 emulator so you can play your favorite games on it.