Are you a memes lover? Reddit is the best hub for funny memes. However, all of the hilarious memes are deep under several subreddits. As these subreddits cover various topics, it can be difficult to find the most hysterical memes out of all.

So, in this article, we have come up with 10 funniest subreddits to make you laugh. You need not worry further that you are unable to find the memes.

On 7th December 2010, the /r/AdviceAnimals subreddit was created. It is simple and straight to understand. Advice Animals was firstly a memes category that showed memes like a business cat wearing a coat and tie or socially awkward penguin lacking confidence with some message or awful advice placed over the image.

The funniest subreddits on /r/AdviceAnimals showed a Penguin with head and half body with the red background looking left, but the other half of the body and the feet turn right with a blue background. The memes read "Started going to the gym - Only at midnight, so there's nobody else there."/r/AdviceAnimals subreddit showed it as "there's someone else in the gym, so I left and made memes instead." 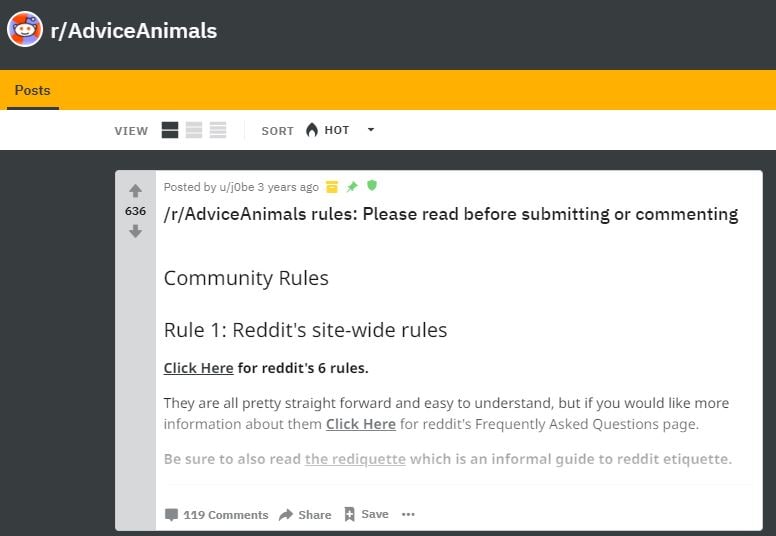 r/MemeEconomy is a quirky and funniest subreddit where real-world commodities are discussed through memes. There's no real money involved, but when a meme starts becoming popular, people opt to buy, and when emaciated, you sell.

For instance, the frustration of a father is making him invest. The memes show a man sitting on the wall looking down and making his face, thinking when your son starts Fortnite dancing in public. You should have made sandwiches instead of making him. 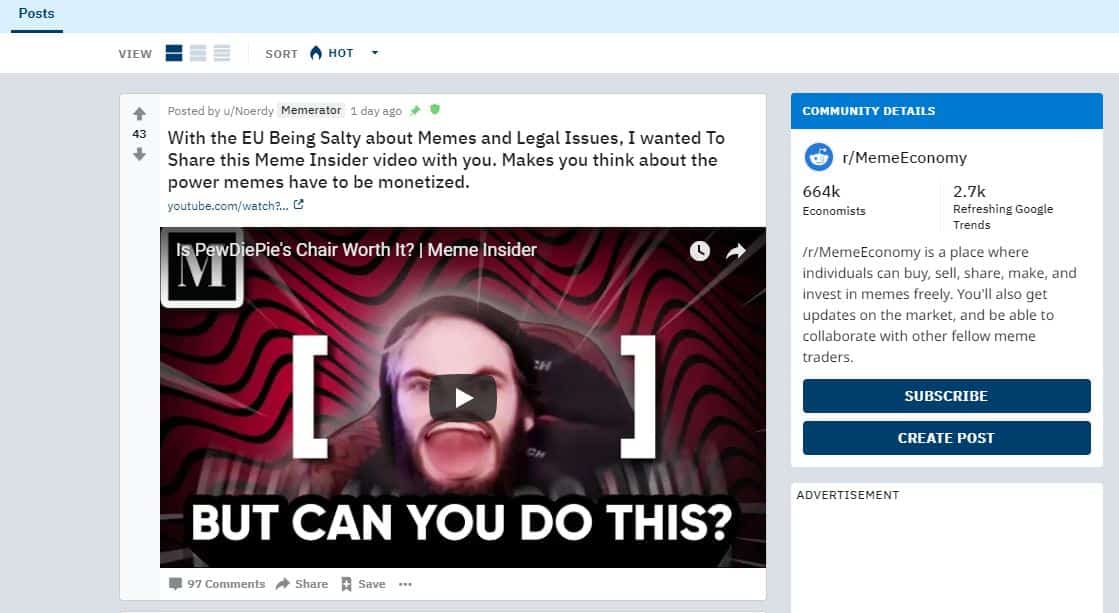 /r/ComedyCemetery is one of the funniest subreddit where the memes are shared by people and mocked them to try out their humor. To start with, users usually share internet culture pieces.

You won't find any macro images or animal advice memes, ironical jokes allowed, poor titles and reposts, no harassment, or meta-posts. So, the simple yet funniest memes show a poem with various minion expressions, "Roses are red, violets are blue. The face like yours belongs to the zoo. Don't be said. I'll be there too. Not in the cage but laughing at you." Dedicating this song to a friend can create a laugh riot.

The /r/memes/ is the funniest subreddits that use phrases to show the user's emotion, physical and mental state through the linked video or image. It has 1.7million subscribers. The statements used are often ironical on the image or videos. For instance, a meme shows Keanu Reeves running with a camera and a man trying to catch him. The caption says he stole the camera from the paparazzi and ran away. 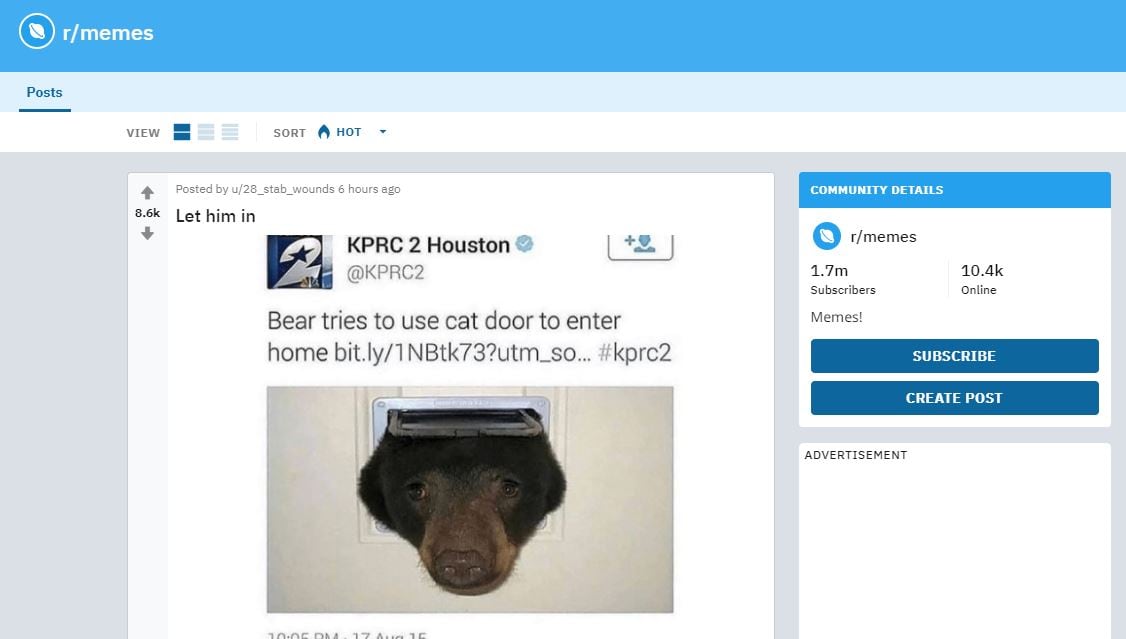 The funniest subreddits /r/dankmemes/ are the sarcastic expressions describing the viral media jokes that have lost their comedic value or the intentionally inexplicable cliché. For example, a 7 year old boy asks, "what's virgin?" and a 9yrs old boy reverts, "allow us to introduce ourselves." 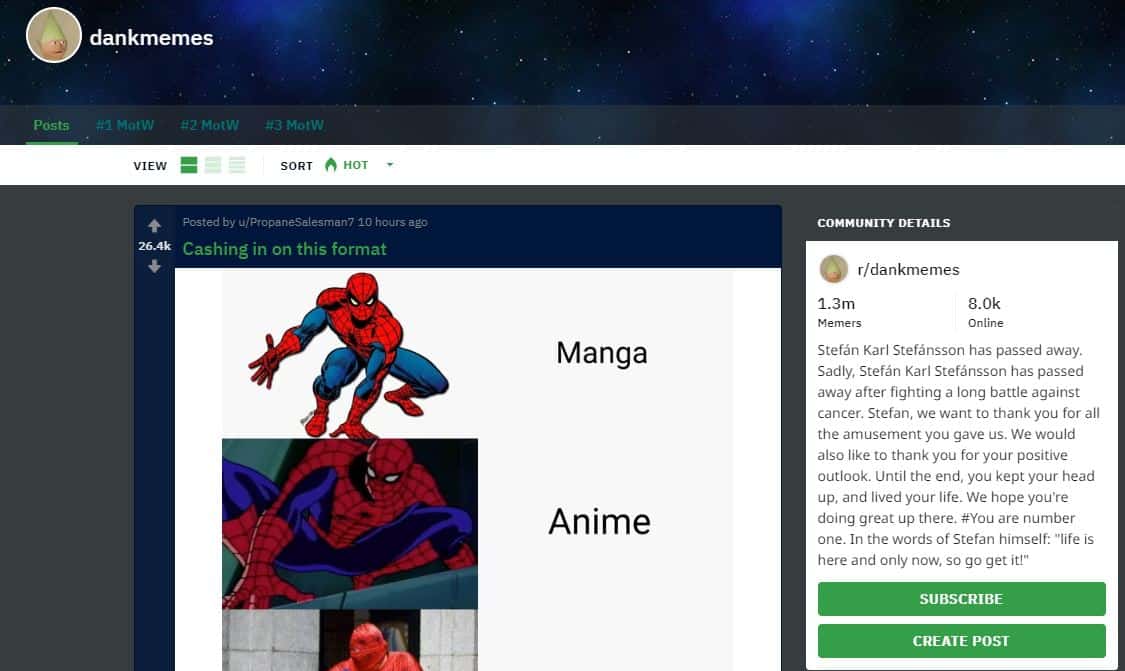 With 715k subscribers, /r/PrequelMemes deals usually with the star war memes. The photoshop memes or image macros series related to Star War films content is all about r/PrequelMemes. It helps to change the audience's opinion about the movie.

For instance, when the star war movie is about to start at 7.45 and at 7.40 you reach and your dad is still left to carry your baby brother from his car seat. You see a character from the movie asking you to leave him or else you cannot make it in time for the movie. 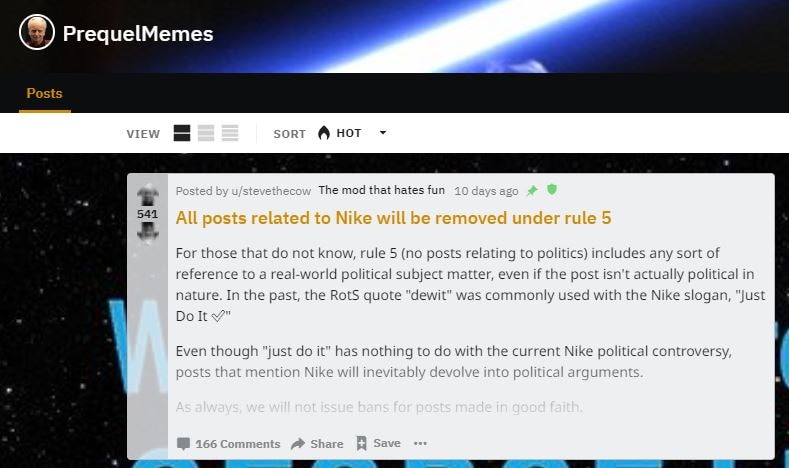 /r/terriblefacebookmemes is one of the funniest subreddits as it is a mixture of terribly shitty memes with various suggestions of granny-types. With around 216k subscribers, /r/terriblefacebookmemes is funny yet, relates to some old-fashioned ideas. For instance, a man thinking if the sun is said to be in space, why space doesn't have light and the earth instead has it? 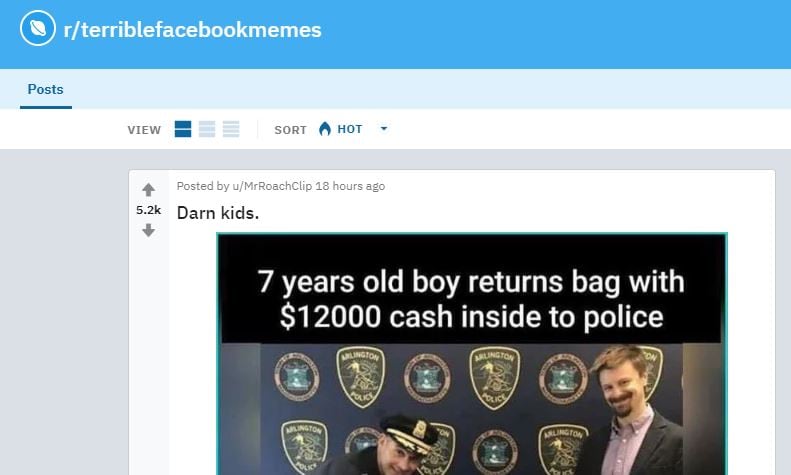 For instance, a long-haired dead man was found standing behind a man working on the computer and his camera captured the image. It is thought to be a cursed image and if not liked and shared, it can bring ill-fate to you, or the dead person will be in your room at night.

It is the largest humor stock collection with about a 20.8million subscribers. For example, a badge with the Apple logo says, "Does more. Cost less. It's that simple. Apple." According to the meme, Apple has changed direction as APPLE product costs a bomb in recent times. 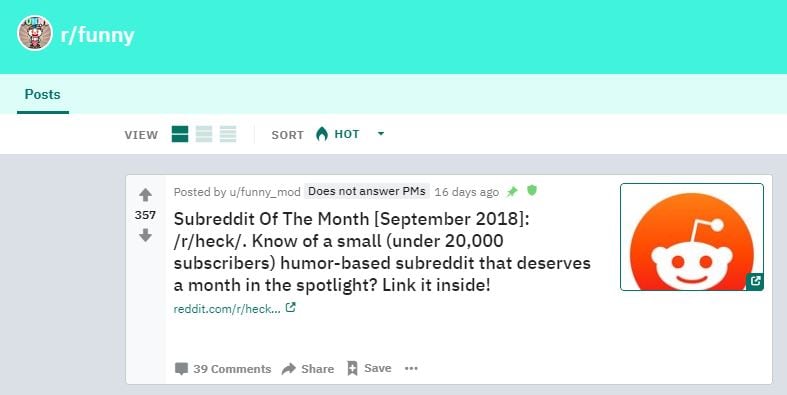 With 767k subscribers, /r/teenagers/ is a teenager's community created only by teenagers. It is the funniest subreddit for discussing memes that teenagers enjoy thoroughly.

Although there's no particular age specification to join, the target users are teenagers between 13-19. One of the funniest subreddit memes shows how the teens are singing and playing instruments when they ask for $5 from Mom and get $10 in return. The joy is something out of the world. 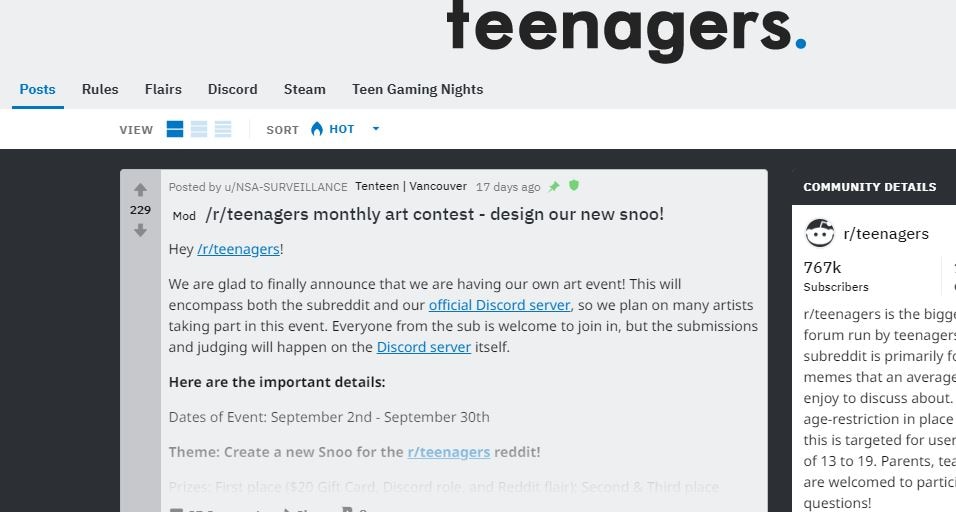 Thank you for your comment. We will review it within few days.
You May Also Like
How to Make a Meme (Step by Step)

Memes are so popular right now. If you want to know what are the 10 best memes in 2018, check this article right now! They include image, gif and video.