A thorough, well-rounded video content strategy comprises more than only the pre-recorded material that takes hours of planning, recording, and editing. OBS Studio is a superb broadcasting application that you may employ to record your games and share them in a straightforward, quick, and stream approach. One of the main issues when trying to shoot videos directly on your Android smartphone is that it generates substantial delay especially when you try to capture in real-time. OBS Studio (Open Broadcaster Software) is an application that allows you to record your video games and broadcast yourself over the Internet using sites such as the popular Twitch TV. You don't have a dedicated webcam or costly streaming camera? Whatever your purpose may be, you simply wish to employ your Android mobile phones or tablet computer's built-in camera using Open Broadcaster Software

The fundamental answer is No. Your approach should also feature some high-quality live streaming material, such as live event coverage, business announcements, and conferences. Most streamers use OBS as their choice of streaming software. They find the software convenient and budget-friendly since it is free. To set up Open Broadcaster Software so you may broadcast your games over the Internet, you simply have to get the stream key from your Twitch account, which you can easily achieve from your dashboard. But the point is, is it the finest app for live streaming? Since live streaming is creating more noise today than ever, a lot of us are looking for a trustworthy option for OBS to enhance the beauty of their video in terms of usefulness. You need to download an app that mirrors your phone’s screen to your PC, and then you can window capture the PC component of that program using OBS. There may be an app from the phone manufacturer, and a free open-source screen capture program for Android phones.

VidGrid is a live streaming app for both iOS and Android that offers to broadcast of live videos to a Facebook community, friends, or fully publicly. VidGrid’s replay feature comes in helpful by permitting viewers to review a live broadcast after it has been completed. Allowing viewers to go back and review your stuff assures they won’t miss out on your next broadcast.

Live streamers may offer virtual gifts to your followers using real money on top of the standard comments section. There’s also an easy search option to help customers identify the most popular and trending broadcasts, allowing broadcasters to extend their reach. While you’re broadcasting, you may adjust the broadcast quality to be low, medium, or high depending on your internet connection or bandwidth. 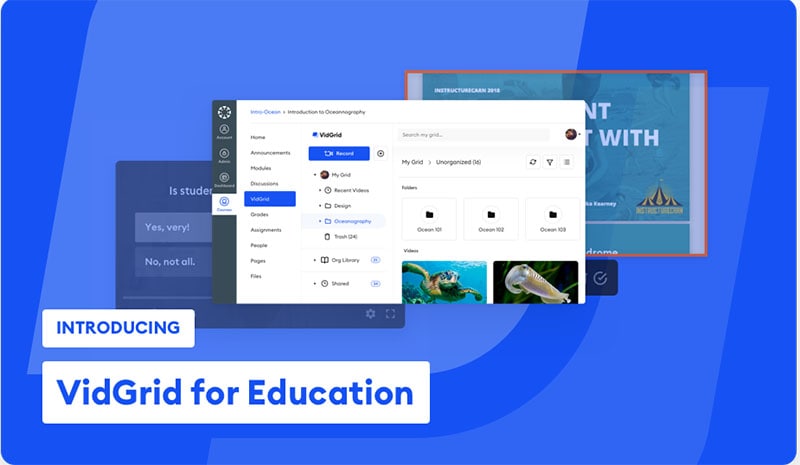 Step 2. When prompted, choose your device's camera. The camera should open in recording mode. Click the red record button to begin! 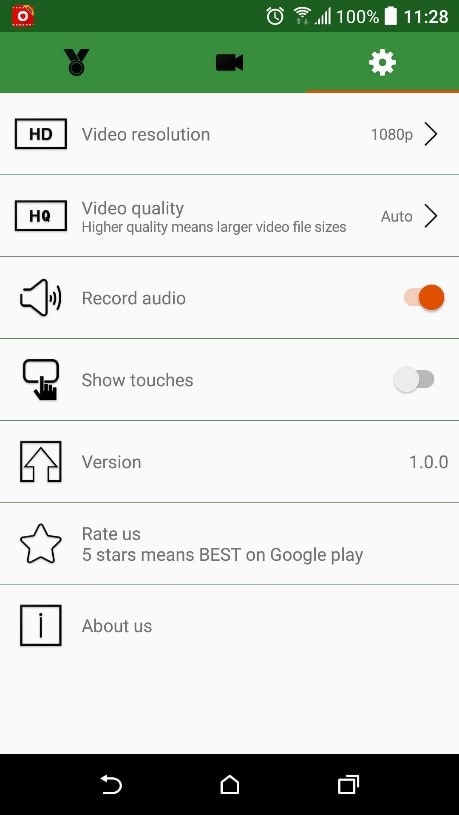 Step 3. When done, stop the recording and click the checkmark to terminate.

Livestream Recorder is another above-average voice recorder. It functions and records like most voice recorders. However, this one includes a few fun and beneficial aspects. For instance, you may bypass silences in the recording and merely listen to the parts with sound. It also offers external SD card compatibility, background recording, and more. Like others, the free edition incorporates advertising whilst the premium version does not. It’s a completely functioning audio recording app. This app is also free with Google Play Pass.

Livestream Recorder has a ridiculous name, but it’s typically extremely excellent. There is a myriad of features, albeit most of them only cover the essentials. Thankfully, it addresses the necessities with flare. That includes background recording, MP3 support, and more. The makers also supply a call recorder program in case you require one of them. This works excellent for the odd idea, lectures, recording some basic instrument stuff, and more.

Steps to Use Livestream

Step 1. Download the Livestream Screen Recorder app and enable it. You may discover possibilities to record, collect screenshots, live streaming, and more 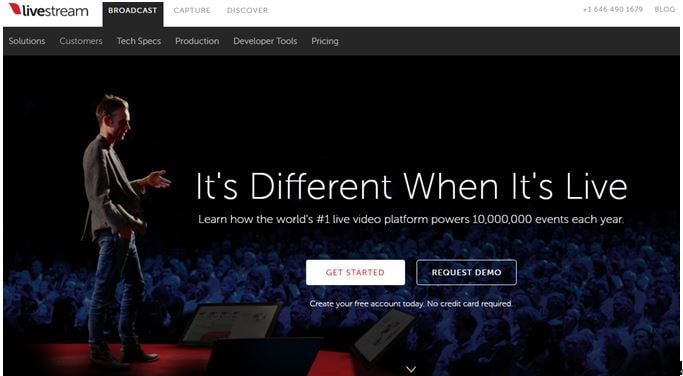 Step 2. Select the “Record” option and confirm the screen recording.

Step 3. You may stop the recording by scrolling down to your notifications and hitting on the “Stop” button and then uploading the file to the various platforms. 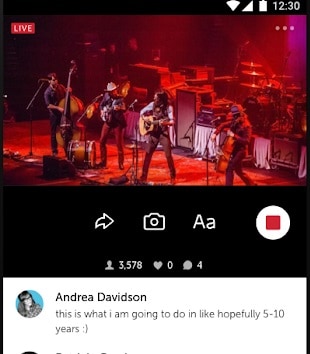 Screen Stream Mirroring enables you to broadcast live videos to your YouTube channel in one click and share it with your friends!' and is a Live Streaming Tools and Service in the Remote Work & Education category. The Screen Stream software is a real-time audio streaming platform. The app is free. There are in-app purchases for extra plugins and other stuff.

Screen Stream Mirroring Recorder is what the name says. This is mostly for basic voice recordings. You press the button, it collects some audio, and that’s it. It works well for recording lectures, interviews, and other practical requirements. It also outputs MP3 so it’s also fantastic for the occasional acoustic guitar recording or anything like that. The app also supports Wear OS and provides a dark theme. The free edition contains advertising but the premium version does not. This is a great, simple audio recorder.

Steps to Use Screen Stream Mirroring

Step 1. Download and install Screen Stream from Google Play. Finish the installation and press the profile icon in the top right corner 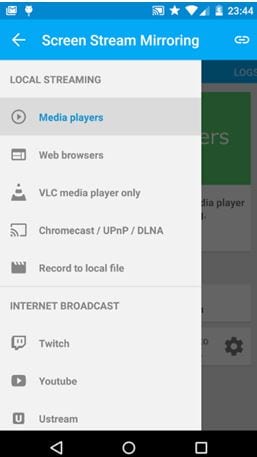 Step 2. Tap the stream button (up arrow with two curved lines above it. Choose Stream or Record

Step 3. Tap the record button to start recording. As shown here, on Twitch streaming. When filming, you can use the phone as you typically would. You may switch to the home screen, launch another application. 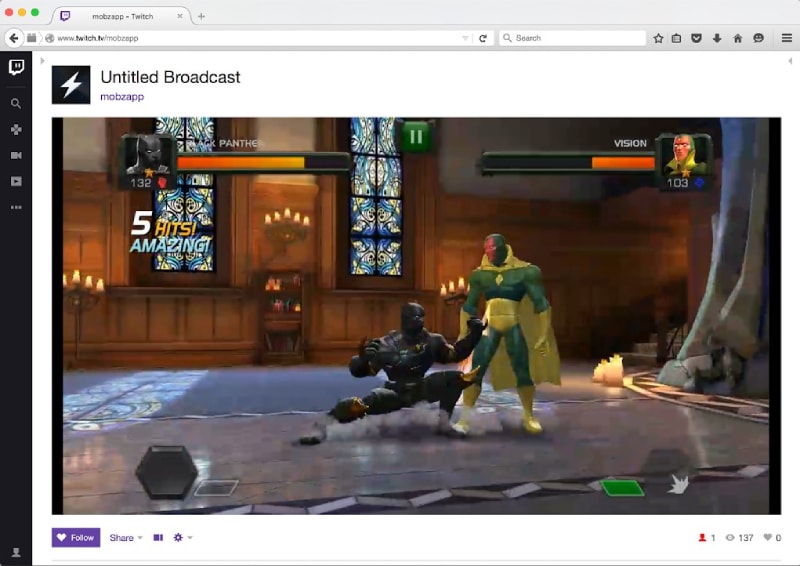 OneStream is an above-average voice recorder. It’s mostly for business and academic reasons such as meetings, interviews, notes, lectures, and things like that. It supports MP3 and that makes it suitable for the occasional guitar song or musical notion as well. The application also features Dropbox connectivity, widgets, and a WIFI transfer functionality. The quality is also extremely fantastic, but a lot of it hinges on your device’s microphone as well.

OneStream Live is a relatively popular sound recording and mixing program. It contains a ton of samples, tools, and other music-making features. You may record your music and voice as well. It skews toward electronic music and drum rhythms more than other kinds. However, it should work for most persons who don’t demand anything very advanced. There is a free and premium version. The premium edition has all of the new features.

Steps to Use OneStream Live

Step 1. If you desire to record the streaming audio playing on your phone, you need to choose "Internal Audio" as the settings' audio source.

Step 2. You may then play the music or any other audio you desire to capture and start the recording. 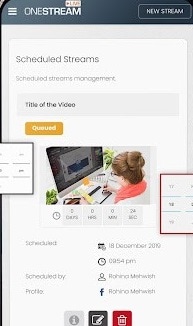 Step 3. Then, pause the recording to save the streaming video to your phone or the cloud. 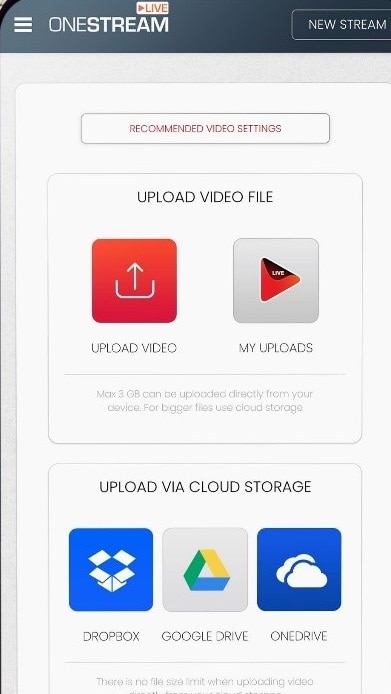 ApowerREC record is a screen recorder that allows us to record or capture screenshots and even to record while simultaneously using the phone camera. This is a basic software with which we will be able to record videos of what we are performing on our smartphone, which indicates that it may be an amazing option for capturing gameplays or instructive, regardless of what they are for.

Recording streaming audio is not an easy process on an Android phone if you don't have an appropriate recording tool. Therefore, we recommend you download a great recorder which is named ApowerREC Screen Recorder. ApowerREC record offers a vivid and clear recording that captures only the game or movie sound on the smartphone/tablet directly without extraneous sounds (noise, interference, etc.) or voice employing the internal sound.

Steps to Use ApowerREC Record

Step 1: Download and Install. Right after that, start the ApowerREC Record app. 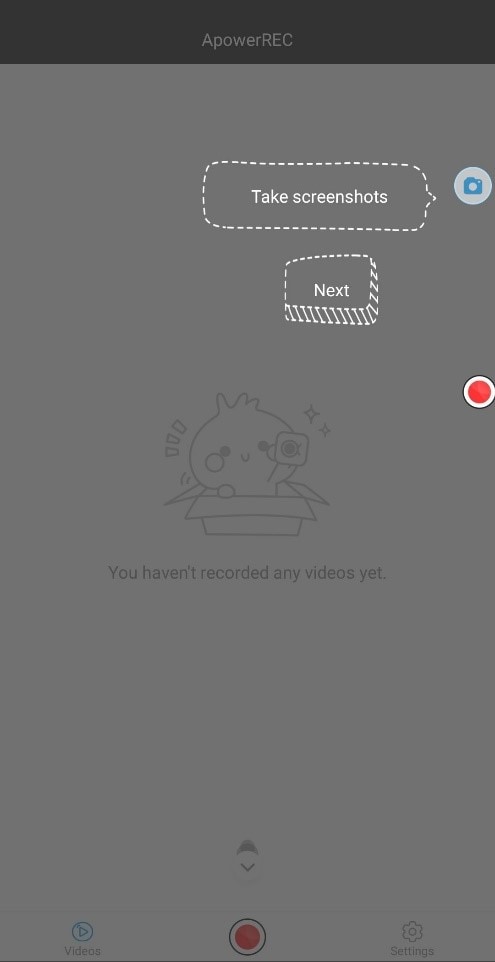 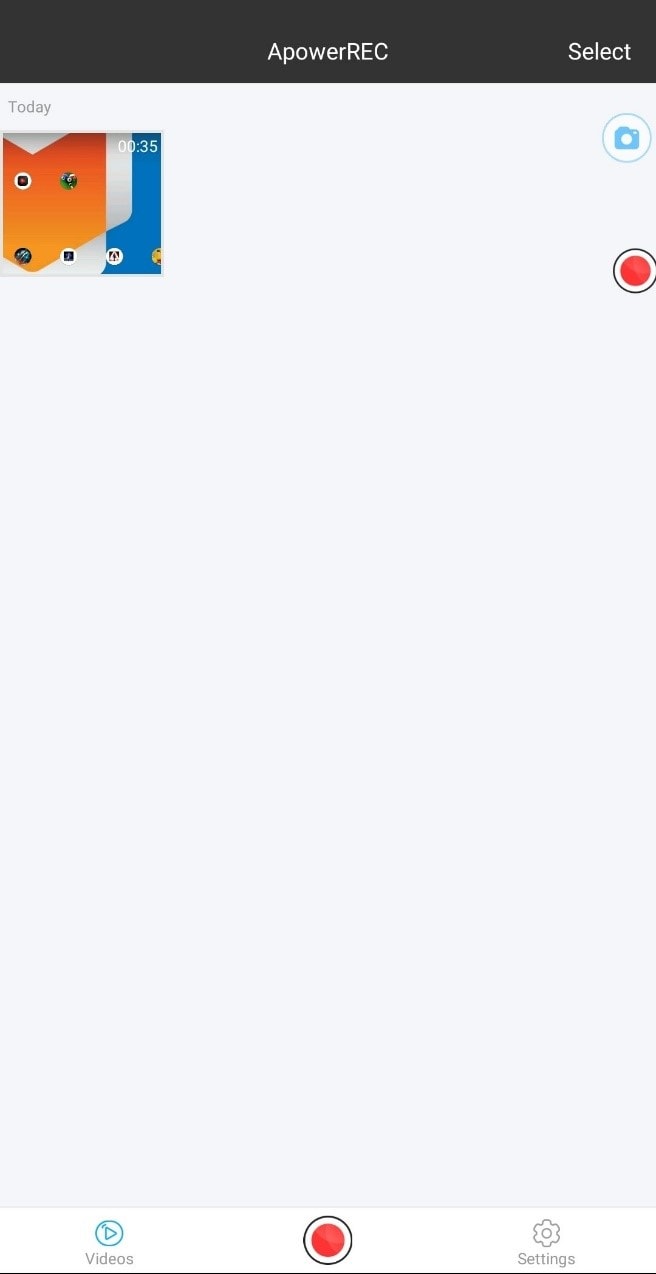 OBS Studio is a popular application among gamers, professional trainers, and internet broadcasters. There is various OBS replacement software, and this post contains some choices for 10 of the finest compatible free software like OBS. Some of them are running solely on Windows or macOS, while others may be employed on PCs and mobile devices. Furthermore, if you’re into the OBS studio on the computer, then you have a plethora of alike options to proceed. Let us know what’s your thoughts on these useful ways.