How to Summon and Beat Terraria Empress of Light - Boss Guide

Terraria requires you to fight a wide array of enemies and bosses to move forward in the game. There are optional enemies, easy enemies, and enemies that will have a player pulling their hair out from sheer difficulty. Some of Terraria's more challenging bosses can only be survived by fully prepared players for everything they will encounter. 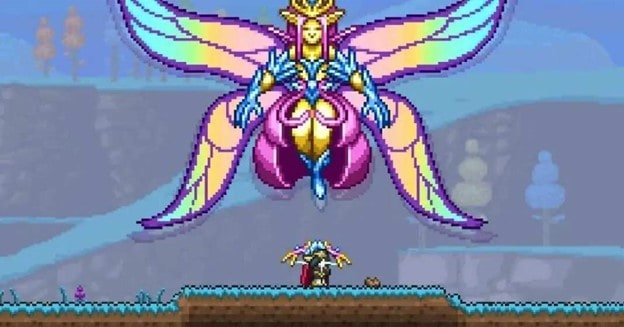 Terraria Empress Of Light is one of the most chaotic boss fights in the game. It can only be found in Hardmode and belongs to the Hallow biome. Once all of the main bosses have been defeated in your world, including the Wall Of Flesh, Hardmode is enabled.

It is even possible to set off the Empress Of Light by accident. After defeating the sixth boss in Hardmode, the Golem, you can summon her. When it's time to take her on, you'll be near the end of the game.

How To Summon Terraria Empress of Light?

The Empress Of Light can be called in a very specific way. You don't need to find any items to consume to summon her. There is simply an order to wait for a particular type of bug to flutter at a specific time of day. You can summon and kill the bug, which is the summoning item, after waiting until it's daytime to obtain extra loot. While you get a different, guaranteed weapon during the day, the boss fight gets tougher.

The Prismatic Lacewing butterfly can be seen in the Hallow biome in the late evenings when there are no Blood Moon events. Instead of an enemy attack, it's more like a colorful, bright butterfly flying around.

If you hover over it with the mouse, you'll notice that it is a Prismatic Lacewing, and you'll want to make sure that no summoned minions or passive attacks kill it before you use it, as this will prevent it from working. You must kill the lacewing yourself in melee to summon the Empress Of Light. Once this is done, the boss will appear immediately.

Preparation For Fighting Empress of Light 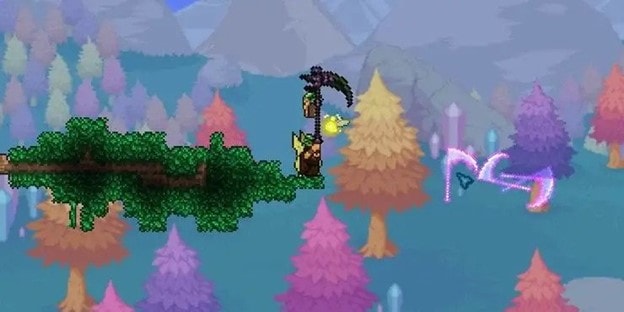 Prepare yourself before summoning the colorful and bright queen. You will need high-tier armor and weapons for this boss fight that can only happen after you defeat the Golem.

As soon as you defeat the Golem, you'll be able to break Lihzahrd bricks, the game's strongest block. You will need armor better than anything below Chlorophyte to take on the Empress. The total defense should be in the range of 30 to 60. You can use Shroomite armor crafted with Shroomite bars made from Glowing Mushrooms and Chlorophyte, as well as armor sold by the Tavernkeeper.

Your best bet will be to bring fast weapons, projectiles, and possibly a summon. In an epoch of chaos and speed, weapons with high speed will be in your favor, no matter how low their damage generally is.

Ideally, your summon should also be able to fly instead of being confined to the ground. Christmas Tree sword, Yelets yoyo, and Golem Fist are examples of fast weapons. The Xeno staff summons a UFO, and the Raven staff are some summoning items to try.

How To Defeat Terraria Empress of Light? 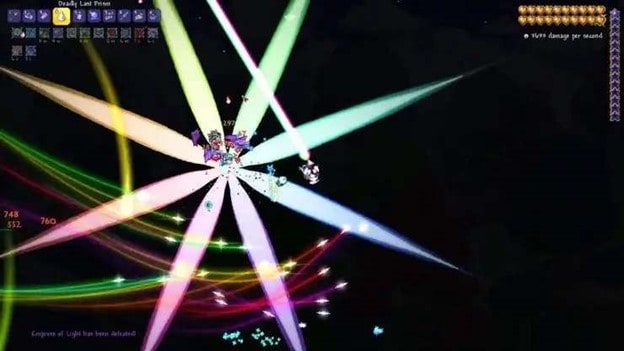 It looks cute, but the boss bites very painfully, so it is recommended to use ranged weapons to attack it. There are several attacks the boss can make:

There are two stages of combat: up to 50% of boss health and after. In the first stage, attacks are repeated in the order given below:

To move quickly when she attacks, it is best to equip fast boots and wings so that players can escape her attacks. In this part of the fight, players will want to become proficient at avoiding Prismatic bolts and leaping over her Dash Attack since she uses both attacks quite often in her pattern.

She will temporarily disappear once her health is below 50% before reappearing directly above the player and launching a slightly different pattern of attacks. Most of these attacks appear exactly as they did in phase one, though some gain new abilities.

Rather than causing damage, players should focus on dodging in this fight. You should approach it like a difficult Dark Souls boss during this fight, meaning that you should only attack during openings and not get greedy. You can get killed in a heartbeat with just one wrong move. Keep your guard up, and you will be able to take the Empress of Light and find yourself the proud owner of plenty of fun new loot.

Terraria Empress of light is a difficult boss to defeat. Players need to stay focused because one bad move and you will end up dead. This article showed you how you can summon the colorful queen, what items you need to fight the boss, and how to defeat the boss. The key is to memorize the pattern in which the boss attacks and dodge them. Only attack when you find an opening and don't rush.